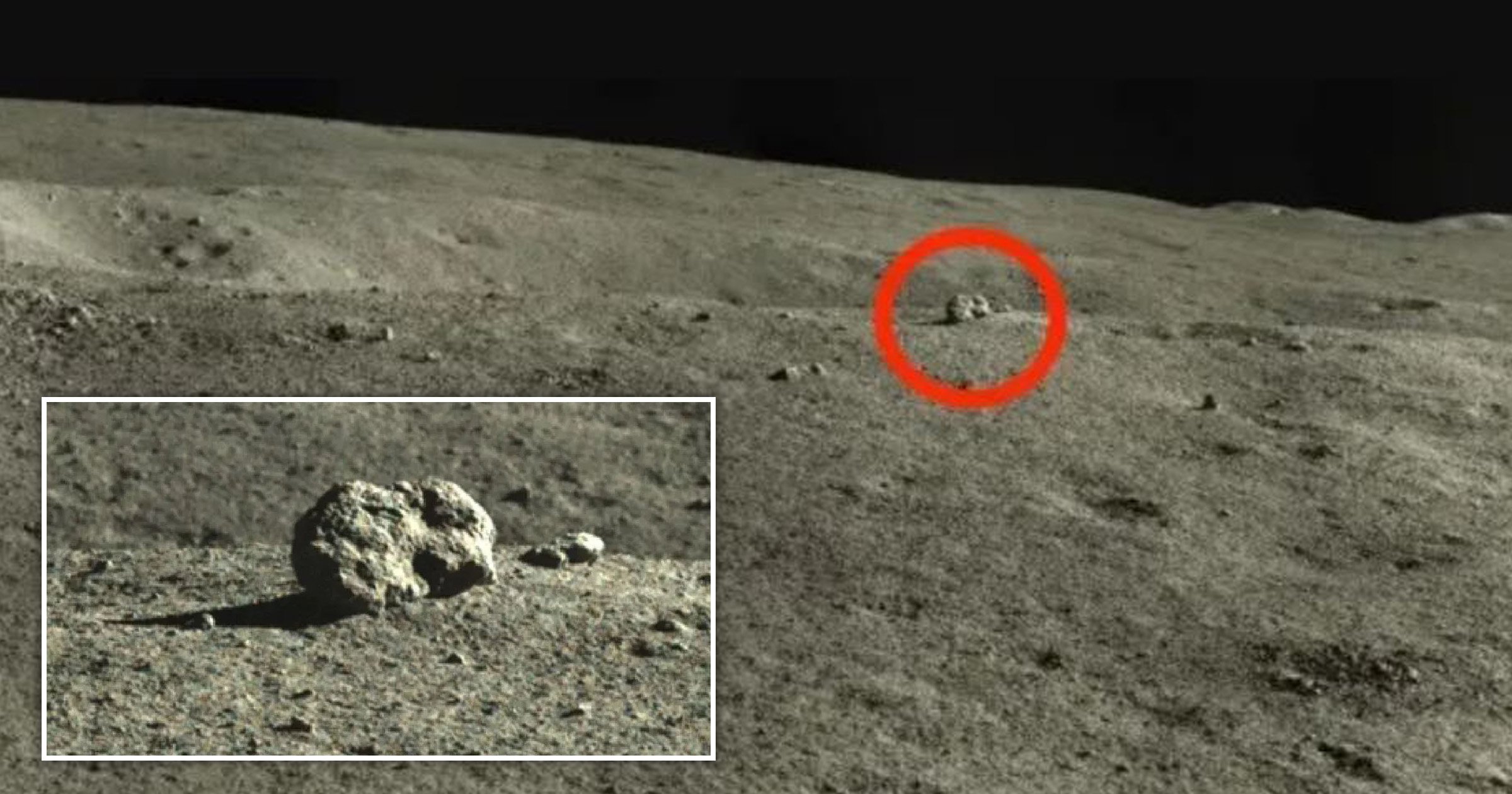 Towards the end of last year, a lot of people on the internet got quite excited about some pictures taken on the surface of the moon.

Beamed back by China’s Yutu-2 rover, they appeared to show a dwelling of some kind on the desolate lunar surface.

‘This object pierced through the winding of the skyline, like a ‘mysterious hut’ that appeared out of thin air,’ reported Chinese state media reported at the time.

Now, we have some clearer, fresher pictures of the ‘hut’ from the rover and – unfortunately for alien hunters on the web – they show it was just a big rock all along.

Thanks to a combination of perspective, light and shadow, it may have seemed like a larger object on the horizon back in December, but now the illusion is shattered.

‘The scene in front of you is just like a rabbit about to eat, and the picture is very interesting and makes people can’t help but be funny,’ chuckles the Our Space blog, which is affiliated with the China National Space Administration (CNSA).

China’s Yutu-2 rover has been stationed on the moon for the last three years. During which time, it’s travelled over 1,000m (3,200ft) and used a ground-penetrating radar to explore our lunar neighbour.

So far, it’s found a surprisingly deep layer of lunar soil and has identified rocks from the moon’s mantle pushed to the surface when an astroid struck the moon billions of years ago.

Oh, and a rock shaped like a bunny rabbit.