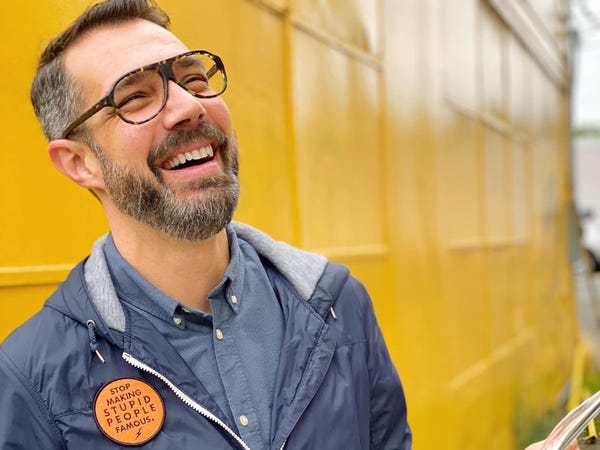 Michael Schneider doesn't mind embarassing himself a little for the sake of a funny photo.

"Situations that are at my expense or that show me in humiliating circumstances are my favorite," the artist and photographer told Insider.

One of Schneider's most popular series involves him posing for photos on planes. He began taking plane photos in 2015, but continues to add to the project. 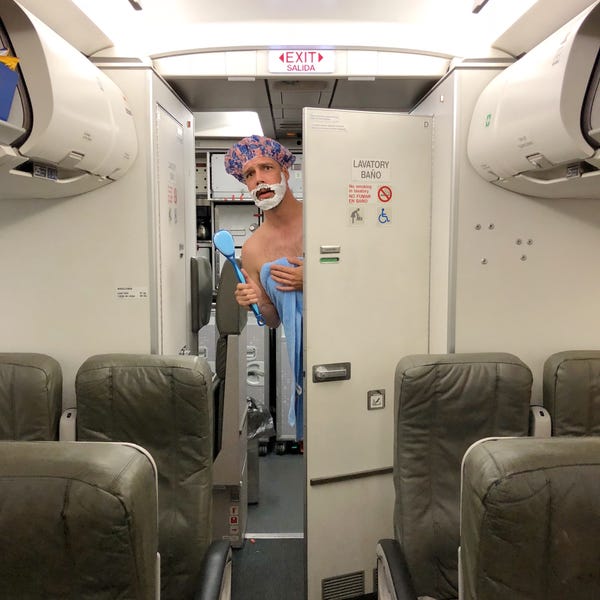 Schneider said that inspiration for creating his airplane series came from his own experience of flying.

"I used to be a really good flier, then I had a really rough, turbulent flight that kept me from getting on a plane for about a decade," he said. "One part of the solution was focusing on staging a photo right after everyone deplaned at the end of the trip. It gave my mind something to focus on instead of the flight."

The photos show Schneider engaging in some bizarre activities. In this one, it looks as though he is about to take a swing at a piñata while blindfolded. 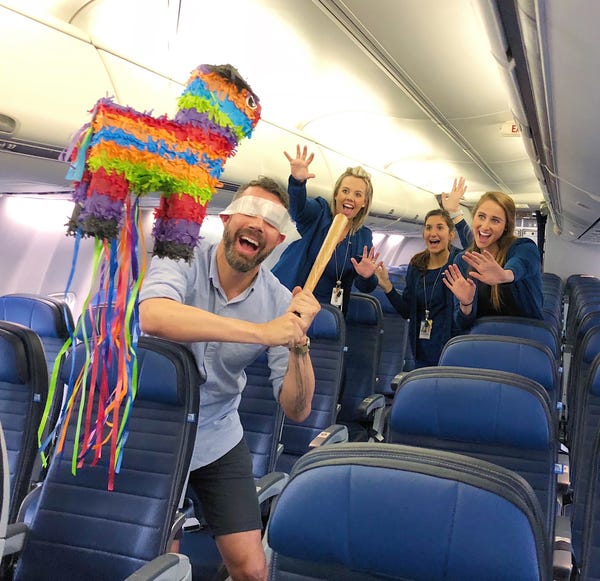 "It's often fun to poke fun at people who are entitled, or who have bad traveling habits," Schneider said.

Of course, this photo takes it to an extreme, as you probably won't encounter a piñata onboard a flight.

Schneider said he often brings his own props on the plane and asks the flight crew to participate in his shoots. 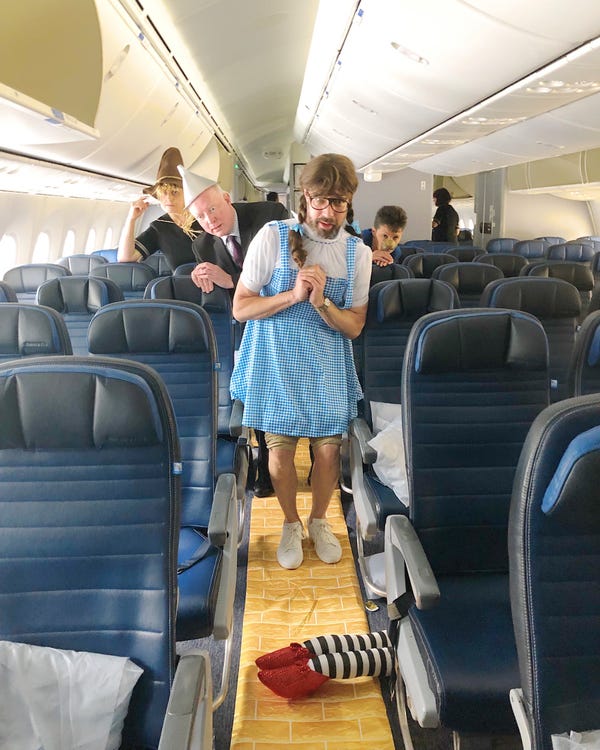 "I asked the attendants nicely if they'd like to take a photo with me, while showing them previous shoots I've done," he said, speaking of one shoot. "For the most part, they said yes."

"One of my favorite photos had me receiving an award for not standing up right when the plane landed," Schneider told Insider. 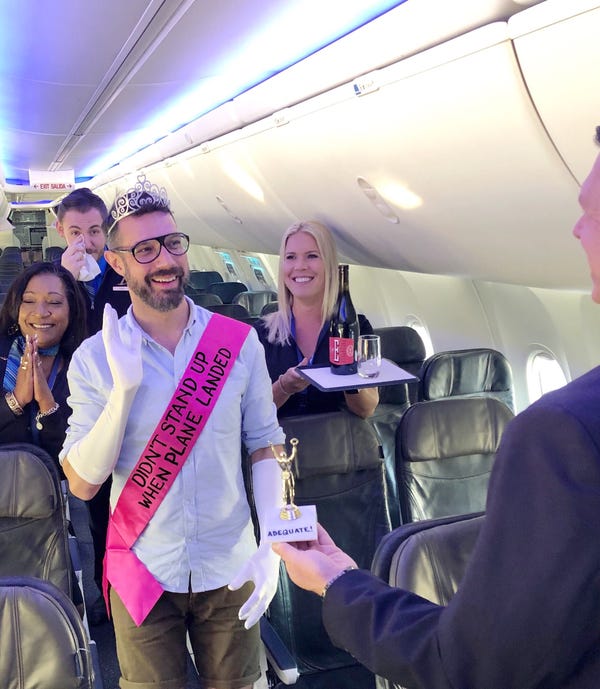 For this photo, Schneider wore a crown and bright-pink sash that said "didn't stand up when plane landed" — a funny jab aimed at passengers who rush to exit as soon as the plane hits the tarmac.

The artist also staged a party that applauded him for not clapping when the plane landed. 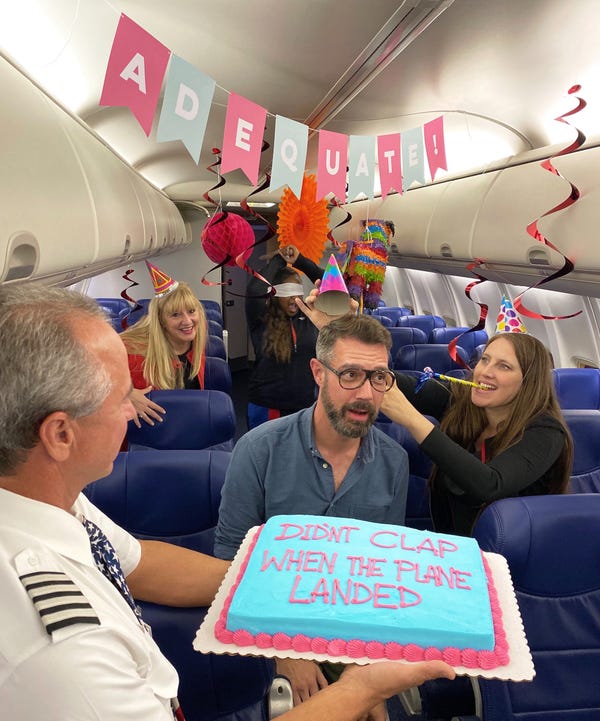 There was even a "didn't clap when the plane landed" cake.

Schneider likes to bring a touch of comedy to his land-based photo shoots as well. 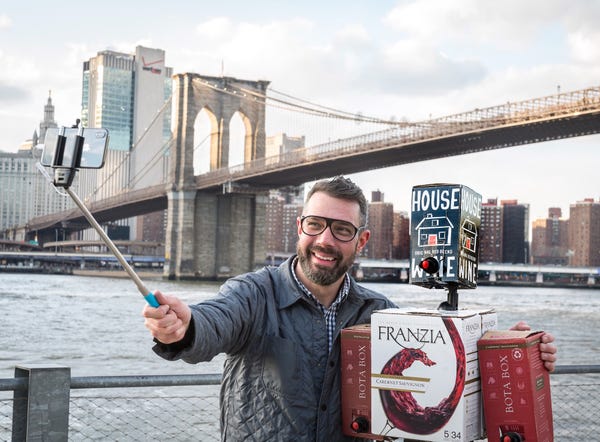 In 2018, Schneider started a photo series that shows him posing with a "boyfriend" made out of cardboard wine boxes.

In his "box wine boyfriend" series, Schneider pokes fun at dating and relationships. 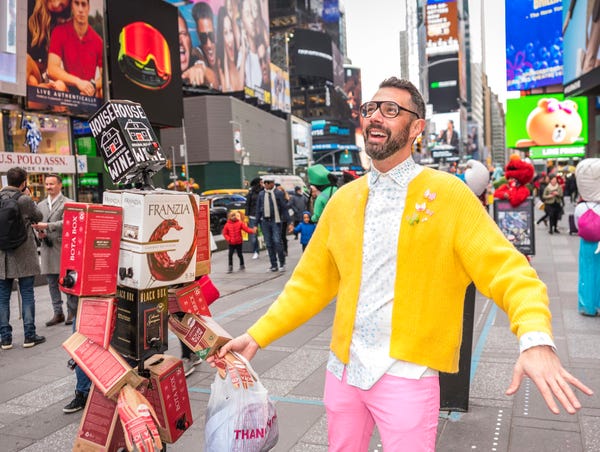 The series — designed to mock unrealistically happy-looking relationships on social media — came about after Schneider tweeted photos of his makeshift boyfriend that went viral.

The artist said he got the idea after a rough breakup that resulted in him drinking wine — and realizing how many empty leftover boxes he had. He then built a boxed-wine boyfriend and named him Franz for fun, planning to embrace his newfound singleness on social media.

"It seemed like everyone was invested in this relationship, so I decided to outline the natural course of a successful relationship," Schneider said.

Schneider said that the photos were intended to "make fun of those couples whose lives seem made for social media." 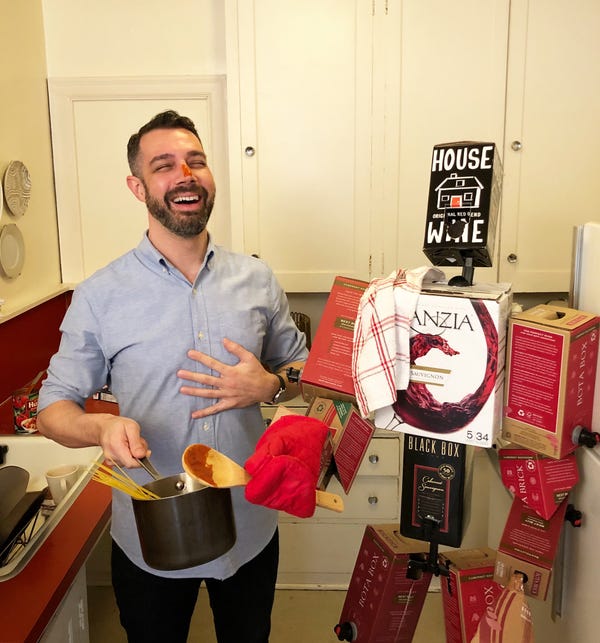 Schneider said the series "makes fun of those who carefully curate their image to the world."

In an attempt to recreate some of the seemingly perfect relationship moments he'd see on social media, Schneider staged scenarios with Franz like cooking homemade meals and planning matching Halloween costumes.

"People laugh and think the series is hilarious, but also confess that it makes them sad," Schneider told Insider. "There's no wrong reaction." 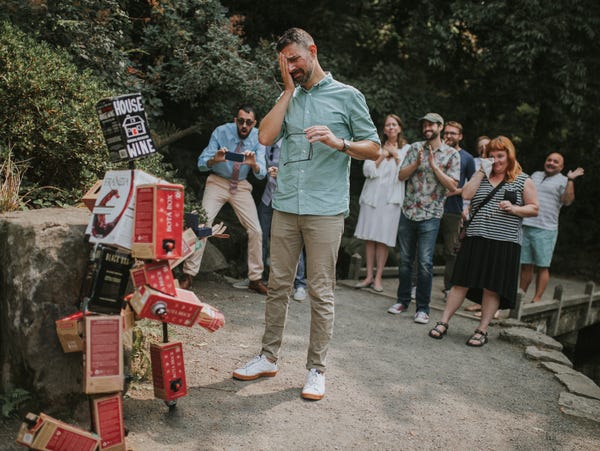 He even went so far as to stage an Instagram-worthy proposal at the park, complete with an audience of onlookers.

Through the staged relationship photos, Schneider ultimately portrays the false idea of a joyous couple who goes on regular vacations, always has fun, and never seem to have a dull or sad moment in their relationship.

While the artist mainly creates photos that make people laugh, he also uses his photography to draw attention to other important topics. 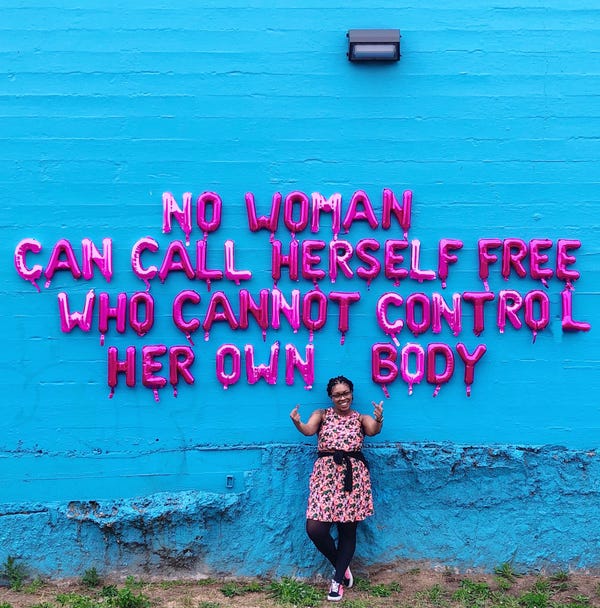 Foil balloon quotes are commonly seen on social media (especially Instagram) and usually have a celebratory or lighthearted message. However, Schneider often uses balloons in his photos to write out thought-provoking — and sometimes political — statements. The one pictured above, for example, includes a quote by birth-control advocate Margaret Sanger.

Other times, Schneider's pictures simply make fun of the balloon trope itself.

"The balloons may come off as whimsical, but the message is very serious," Schneider said of his foil balloon quotes. "Some of the photos are political or protest messages." 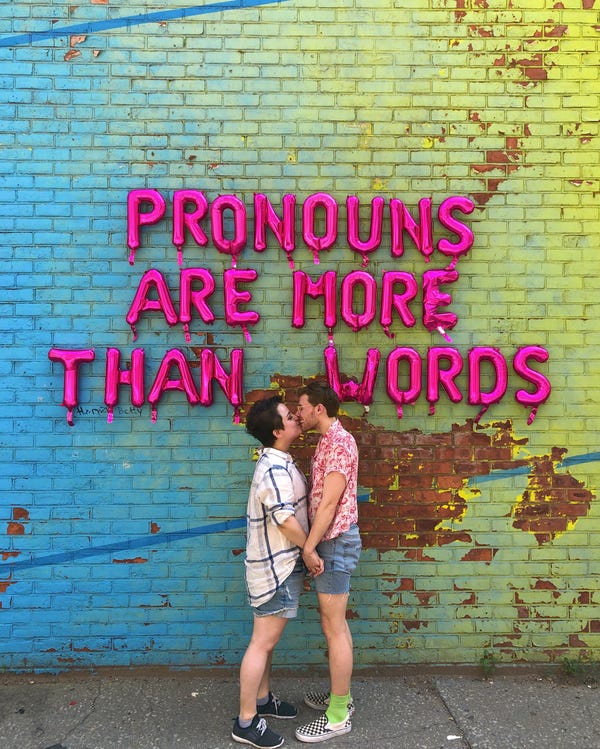 "I'm surprised and thrilled when strangers come up to me and tell me that a photo made them think, or made them aware of a social justice issue, or made them laugh," Schneider said.

Ultimately, Schneider told Insider that he wants his photos to remind people to laugh at themselves every once in a while, think critically, and take action.

You can view more of Schneider's work on his Instagram page.