Apple is reportedly working on augmented reality and virtual reality headsets, but a new patent suggests it is working on other ways of providing 3D images without using a bulky helmet.

In a newly-granted patent, called ‘Split-screen driving of electronic device displays,’ the firm proposes displacing 3D images on a flat screen of an iPhone or iPad.

The documents describes obstacles of this type of content when  displayed on a smartphone or a tablet, which could trigger ‘motion blur, luminance offsets, or other effects which can be unpleasant or even dizzying to a viewer.’

With this in mind, Apple suggests adding a second, separate section to the display that beams another layer of pixels to create alternate rows of pixels on the main screen.

The idea is to split the views of an image for each eye that the user ultimately sees a 3D graphic on a fat screen. 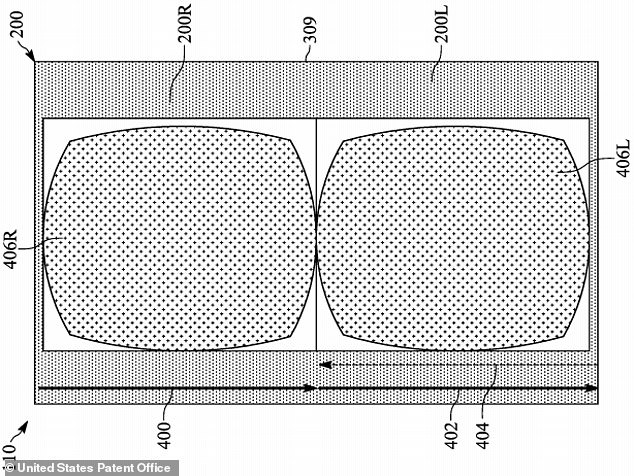 Apple suggests adding a second, separate section to the display that beams another layer of pixels to create alternate rows of pixels on the main screen. The idea is to split the views of an image for each eye that the user ultimately sees a 3D graphic on a fat screen

Although the technology sounds bizarre, the document includes an example of it being used in the real world – 3D glasses given to patrons in movie theaters.

‘A movie theater can provide polarized or colored glasses or goggles to patrons that visually separate two concurrent (and commonly overlapping) images that, due to the separation of the viewer’s eyes, add three-dimensional depth to the displayed concurrent images,’ the patent reads.

AppleInsider first reported on the patent, which was awarded to Apple on April 27, 2021.

The key to this technology is arranging the how pixels are displayed. 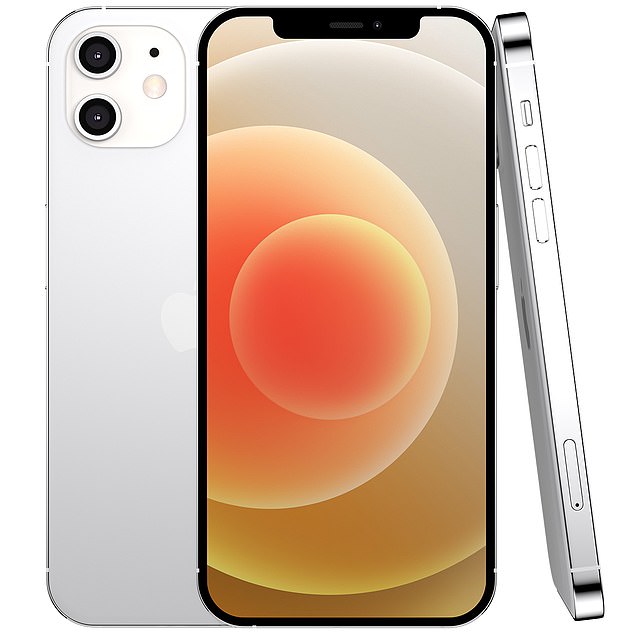 The first row of pixels would be arranged on the top side of the display in a horizontal fashion and the second group would be shown on the bottom side of the second display.

This will provide each eye with a different view of the specific image, allowing the user to form them into a single 3D graphic.

Apple has long been rumored to release an AR and VR headset, along with a pair of AR glasses.

The AR glasses, simply called ‘Apple Glasses’, are not sunglasses but normal prescription glasses that display an interface on the inside of the lens.

Anyone facing an Apple Glasses-wearing user will not be able to see the AR display, which will overlay digital images over the user’s real-life surroundings.

Much has not been heard about the Apple Glasses, but news of the firm’s headsets have been floating around the web.

In March, MacRumors reported iOS users could see a mixed-reality headset in mid-2022.

The headset will offer both augmented and virtual experiences, Kuo said, while the spectacles and contacts will focus more on AR applications.

He predicts the price tag for the helmet will be about $1,000, more than three times the cost of the Oculus Quest 2.