ARMPIT offsides will become a thing of the past next season — after football’s law-makers gave the thumbs-up to Prem plans for thicker VAR lines.

But the good news for embattled refs’ chief Mike Riley came with a kick in the teeth as he was ordered to change his policy on pitchside monitors. 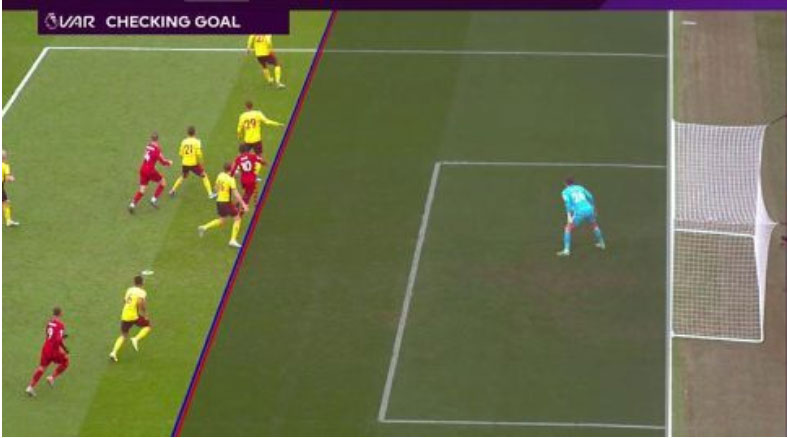 And Fifa president Gianni Infantino also stuck the boot in as he said: “England is the only league in the world where this seems to be a big issue.”

Under the Prem plan, revealed by SunSport last month, 3D pixel technology will still be used to determine the positions of attacking and defending players.

But the defensive “blue” line will be widened to cover 10cm of real space, with players ruled onside if the red “attacking” line is contained in the expanded zone.

Riley told clubs last month that  it would have meant nine of the 25 goals ruled out for VAR offsides before the mid-season break this campaign being awarded.

Premier League bosses required approval from the International FA Board to bring in the change.