VIVIANNE MIEDEMA smashed the all-time scoring record for the Women’s Super League, as she hit a hat-trick against Tottenham.

The strike sensation took her tally up to 52 goals in just 50 appearances. 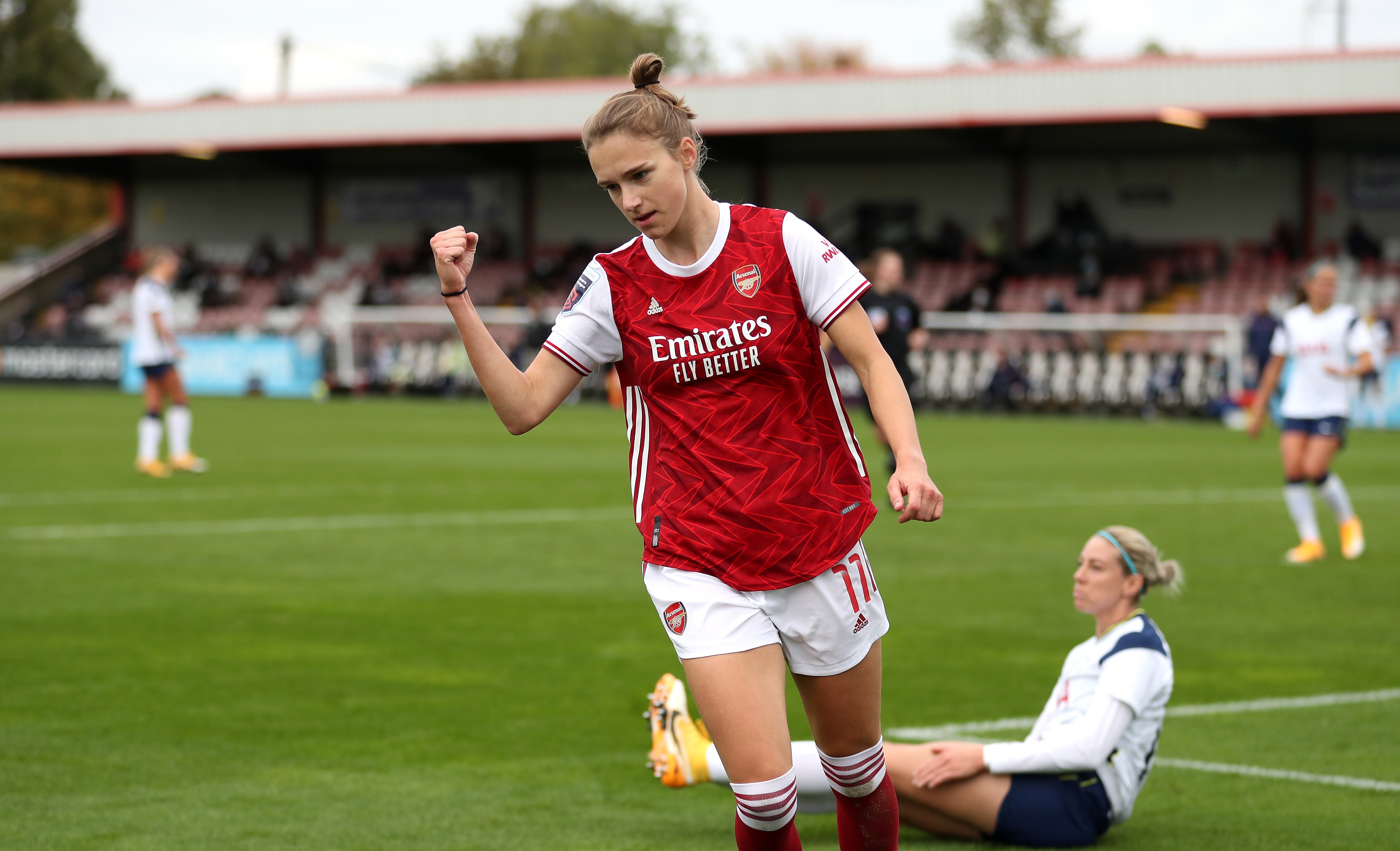 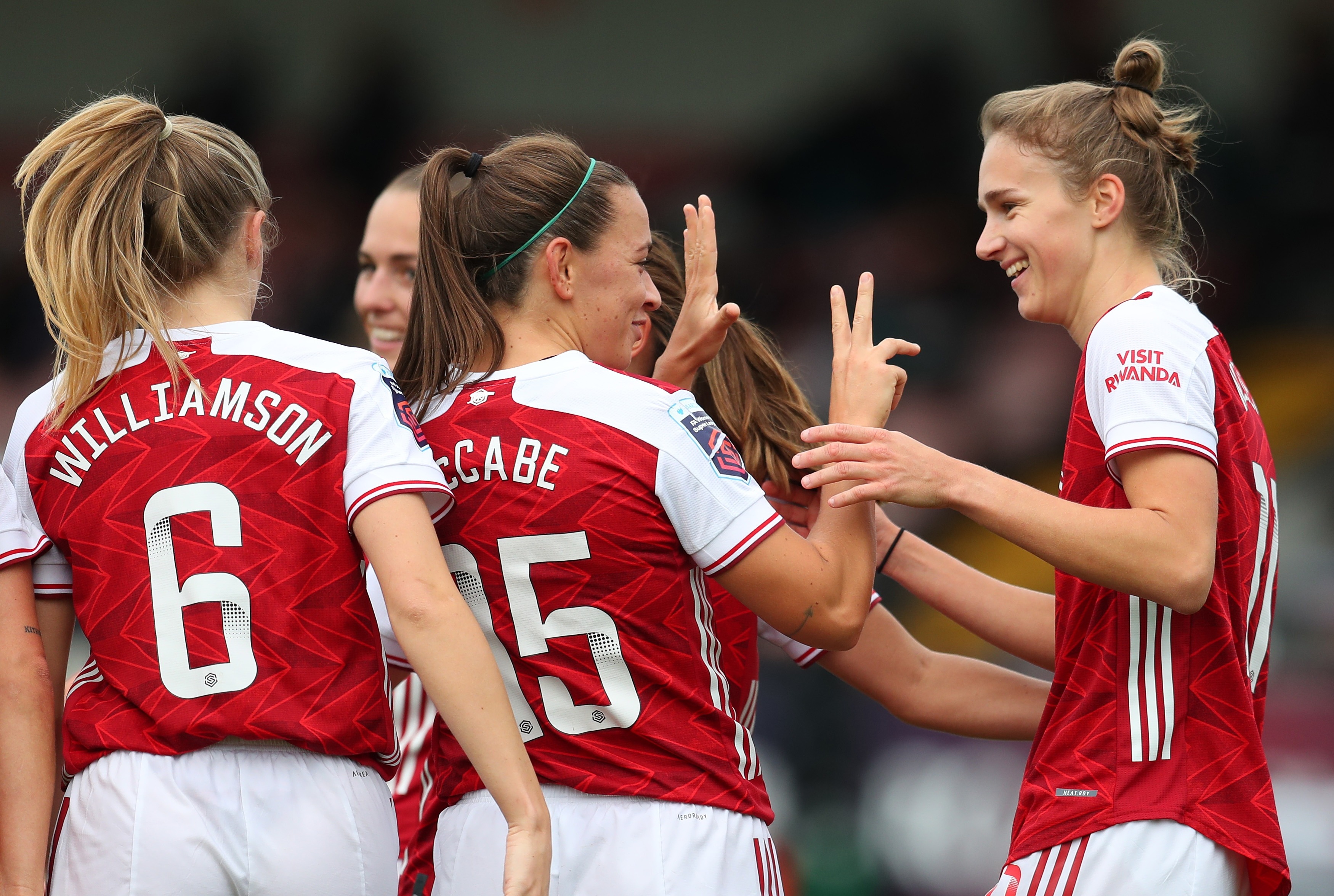 She glided past the former record-holder, Nikita Parris, who found the net 49 times in 110 matches for Manchester City and Everton.

It took less than ten minutes for the 24-year-old to reach the half century, after she broke free and pounced on a through ball to slide a shot beyond Becky Spencer.

Fans have branded Miedema “ice-cold” in the past for not celebrating her goals – but there was no stopping the Dutch ace cracking a smile on Sunday.

She coolly hit a first-half hat-trick before making way for Lotte Wubben-Moy on 63 minutes.

Arsenal boss, Joe Montemurro said: “We see from a football perspective week by week the contribution Viv makes as a footballer, but I’m blessed and lucky to be a part of her everyday scenario.

“She is an amazing person for the team and I’m blessed to have 23 players that work for each other.

“Viv is a part of that, off the ball she is also an amazing person.

“She wants to get better and challenge herself. I’m enjoying working with her, and as long as Viv is smiling we will keep seeing a better Viv.”

It was Katie McCabe who got Arsenal on their way, sending a stunning fourth minute free-kick dipping and curling into the top corner.

It was a goal that would have seen Gunners fans’ jaws hit the deck, had they been allowed into Borehamwood.

Very quickly the hosts established a dominance, they just needed another sniff on goal – that arrived from deadly Dutch striker Miedema who fired home.

But the visitors took the fight straight back to Arsenal.

And it took a world-class save from a leaping Manuela Zinsberger to tip a rocket from Rianna Dean over the bar.

The Gunners hit back again with Leah Williamson whipping a peach of a pass to Caitlin Foord who kept a cool head to tuck home.

But there was still time for Miedema to inflict more damage before the break.

The strike sensation was in acres of space as she latched on to a clever free-kick from McCabe and rifled into the roof of the net.

And she hit her hat-trick with a cool tap in, thanks to a slicing pass from Foord across the face of goal just before half-time.

Spurs were handed a life-line when referee Abigail Byrne pointed to the spot as Lucia Leon was mowed down by McCabe.

But they were handed a cruel blow when Zinsberger turned Dean’s penalty away. 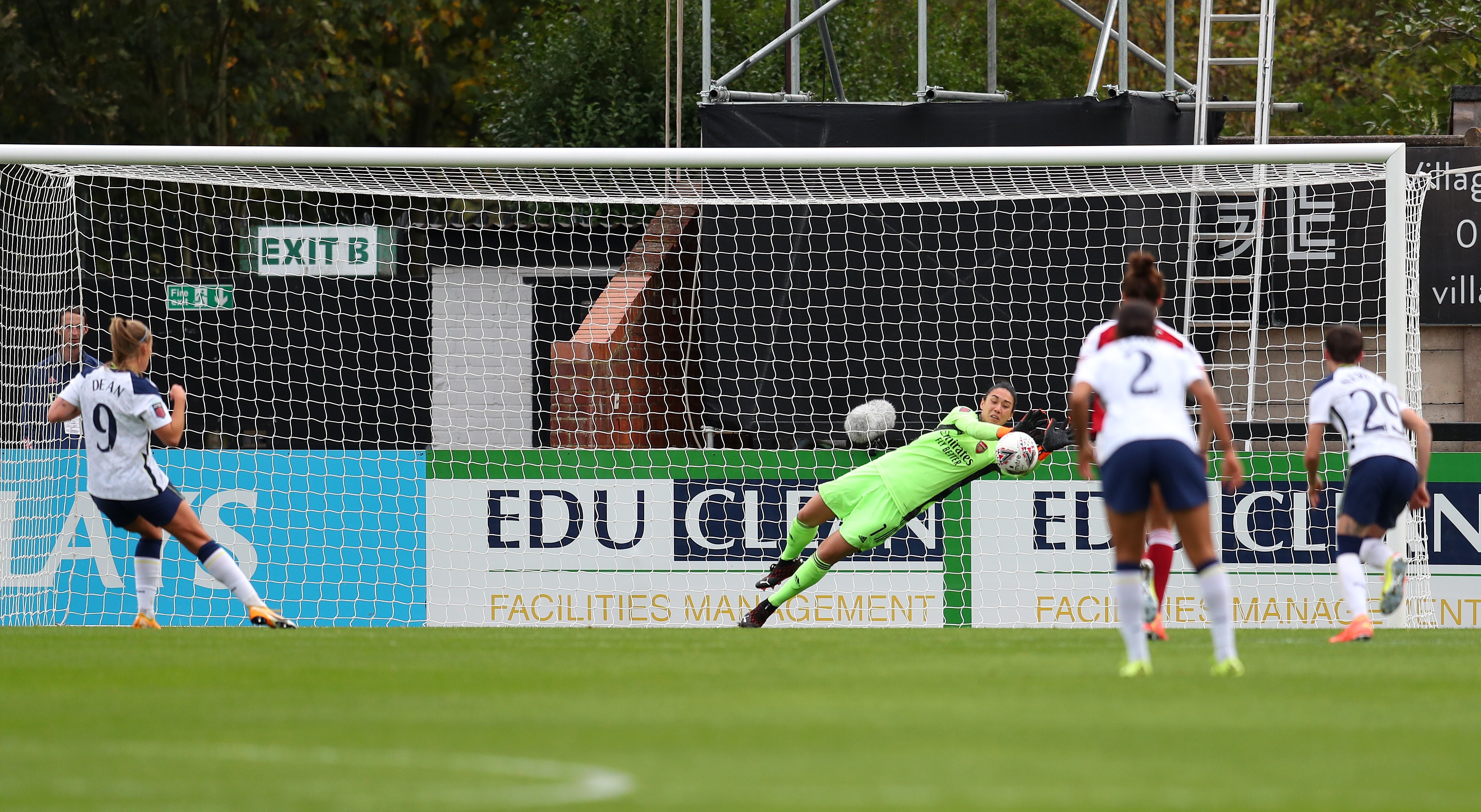 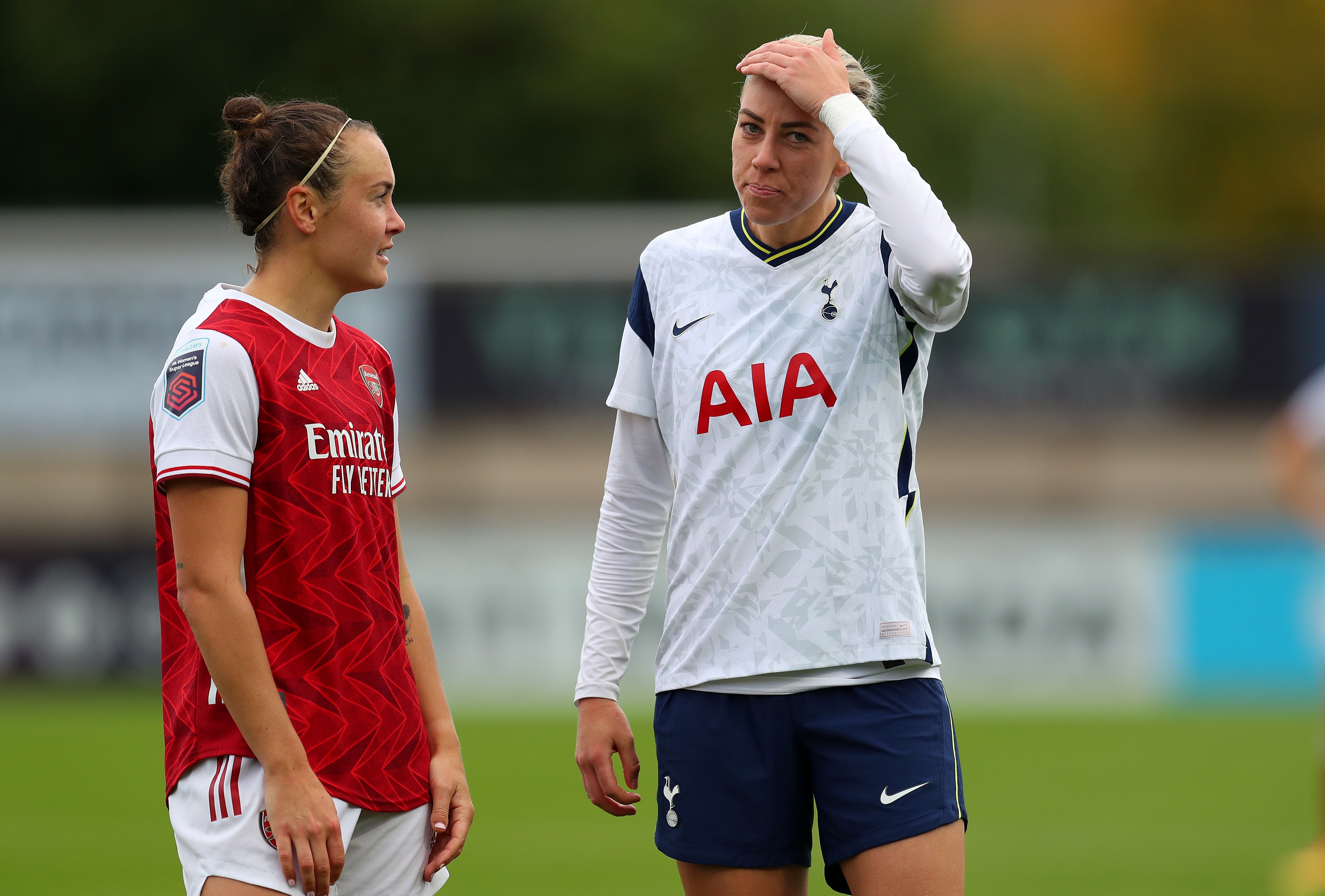 Arsenal clicked through the gears again and got a 64th minute reward as Foord’s low cross deflected off Ashleigh Neville and looped beyond Spencer to make it a rout.

Tottenham weren’t going down with a whimper and they nabbed a late consolation as a corner was whipped to Leon who rose highest to nod home.

USA superstar Alex Morgan was once again forced to wait for her debut.

She wrote on Twitter: "A small setback is keeping me from doing what I love. Can't wait to get on the field with this team in the next few weeks. Literally can't wait. "

Spurs boss Juan Amoros said: “The first half was really negative, defensively, tactically technically we were poor – bad in every aspect but it’s credit to Arsenal. The second half there were many more positives."