Arsenal midfielder Lucas Torreira out for ‘eight to 10 weeks’ 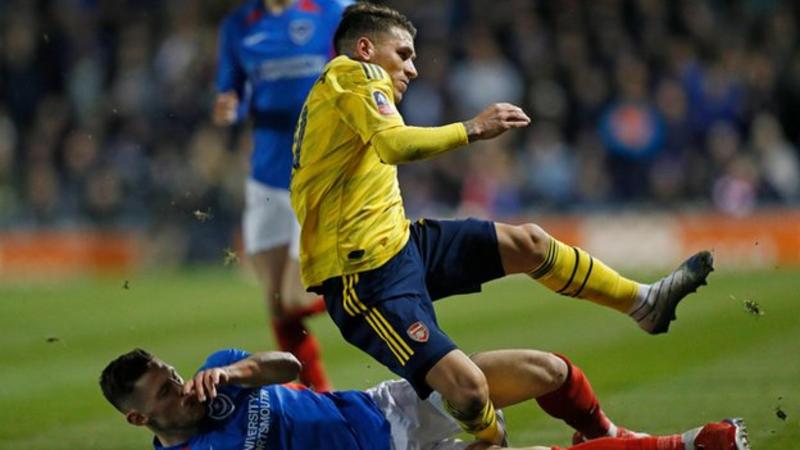 Arsenal midfielder Lucas Torreira is expected to be out for “eight to 10 weeks” after fracturing his ankle, says the Premier League club.

Torreira, 24, had to be carried off on a stretcher during Arsenal’s FA Cup win at Porstmouth last week.

The Uruguay international was injured following a challenge by Pompey’s James Bolton in the 16th minute.

Torreira, who joined the Gunners from Sampdoria in July 2018, has made 33 appearances this season.

Arsenal’s final Premier League game of the season against Watford is scheduled for Sunday, 17 May – in about 10 weeks’ time.

The FA Cup final takes place at Wembley on Saturday, 23 May. The Gunners visit Premier League rivals Sheffield United in the quarter-finals after beating League One promotion hopefuls Portsmouth.