Katie Thurston revealed on Monday’s episode of “The Bachelorette” that she is a survivor of sexual assault.

During a group date, the Season 17 star opened up about an incident that took place 10 years ago during a New Year’s Eve celebration.

“A lot of people don’t know, including my own mom,” Thurston, 30, began. “I was involved a situation where there wasn’t consent, and that is not something I wish upon anybody.

“I was in denial about what happened, so much so that I tried to form a relationship with him, because I didn’t want to believe what actually had happened,” she continued.

Thurston, an advocate for sex positivity, added that she had a challenging relationship with sex in the years following the incident.

“When that didn’t work out, for years I had a very unhealthy relationship with sex. I didn’t want to have sex, which affects a relationship. I didn’t like talking about sex,” Thurston said.

“It’s taken me a long time to get to where I am now in being open and comfortable talking about it and loving myself and accepting things I can no longer control,” the Washington native added.

Thurston told her suitors that she has “come a long way,” and reiterated “how important consent is, how important communication is, and how important it is to not guilt trip somebody for not having enough sex with them.” 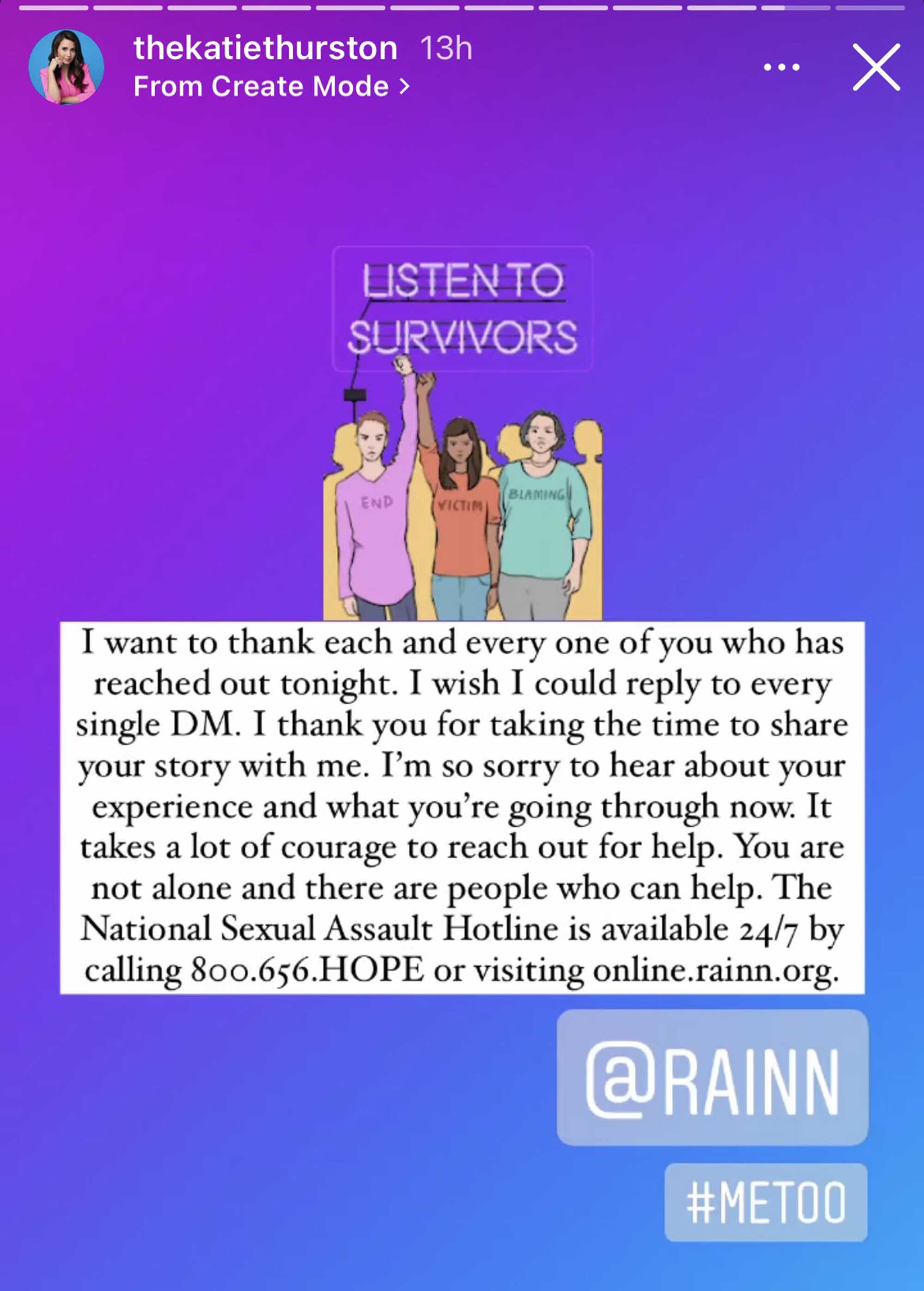 “That is something really big that has happened in my life that in some ways has really shaped me to who exactly I am today,” Thurston said.

Thurston, who said goodbye to contestants Karl, John, Kyle, and Garrett on Monday night, thanked fans for their support after the episode aired.

“I want to thank each and every one of you who has reached out tonight,” Thurston said in an Instagram Story.

“I wish I could reply to every single DM. I thank you for taking the time to share your story with me. I’m so sorry to hear about your experience and what you’re going through now. You are not alone and there are people who can help,” she continued, providing resources such as the National Sexual Assault Hotline and Rainn’s official website.

Thurston also added a sticker that read, “Listen to Survivors,” and the hashtag, “#MeToo.”

“The Bachelorette” airs Mondays at 8 p.m.