‘Be less of a white boys’ club’: How to address Parliament’s lack of diversity

“Stale, pale and male” has become a shorthand for the lack of diversity of all kinds across society’s institutions. Parliament has not escaped its accusations and even federal politicians have levelled the tag at it.

Labor frequently pats itself on the back for achieving near-gender parity in its caucus room but this week it has been beset by criticism it has not done enough to address other types of diversity. 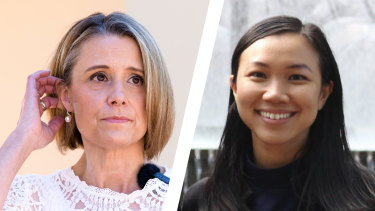 The decision to parachute senator Kristina Keneally into the western Sydney seat of Fowler at the expense of local Vietnamese lawyer Tu Le has led to calls for diversity quotas. Credit:Rhett Wyman/Supplied

The decision to parachute senator Kristina Keneally into the safe lower house seat of Fowler, in Sydney’s west, at the expense of local, young, Vietnamese lawyer Tu Le has led to calls for diversity quotas and divisions over “token” multiculturalism.

But it’s not only Labor’s politicians who are overwhelmingly white.

Contrast this with the general population. Just under half of all Australians were either born overseas or their parents were. Nearly three times more people in the wider Australian community were born overseas than their parliamentary representatives. 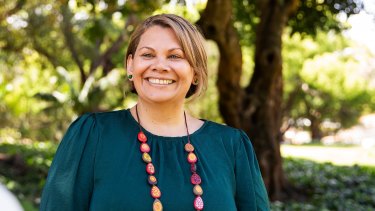 Dorinda Cox is the new Greens senator for Western Australia, taking over from Rachel Siewart.

However, Parliament this week hit a milestone of proportionate representation of Indigenous people. There are now seven Indigenous members after the Greens’ newest senator Dorinda Cox, a Yamatji-Noongar woman, replaced Rachel Siewert.

Tim Soutphommasane, a professor at the University of Sydney and a former race discrimination commissioner, says Parliament “fails dismally” on cultural diversity.

“It doesn’t look remotely like today’s multicultural Australia. It might make some uncomfortable, but our political class looks like it’s stuck in the White Australia era,” he says.

Dr Blair Williams from the Global Institute for Women’s Leadership at ANU says while an exact representation of the community isn’t possible, “it just needs to be a bit more focused on being less of a white boys’ club from a certain background”.

There has been a strong focus for some time now on increasing the number of women elected, but Williams says there also should have been thought put into improving cultural diversity. She’d also like to see more young people, people with disabilities and those from different class backgrounds.

The problem is self-perpetuating, says Race Discrimination Commissioner Chin Tan. If people don’t see anyone like them in Parliament, they’re less likely to get involved in the political process.

“The lack of diverse and inclusive parliaments means certain groups are poorly represented and their interests are not well spoken for,” he says. 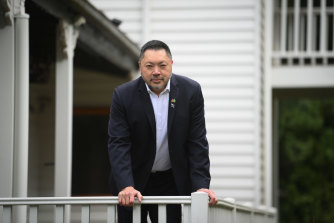 “Even aside from the importance of involving diverse voices in the legislative process, Parliament provides a tremendous platform for engaging in public debate. We have often seen that when politicians from diverse backgrounds enter Parliament, they achieve great outcomes by focusing attention on issues that might otherwise be overlooked.”

Soutphommasane points to the agitation in some quarters for abolishing section 18C of the Race Discrimination Act, which protects against hate speech, saying the lack of diversity can contribute to a distorted political debate.

“A monochrome political class will have some blind spots,” he says.

The question of how to fix the problem is not easy, nor will it happen quickly. Those who advocate a quota arrangement point to Labor’s gains in gender diversity.

It has taken the party more than 30 years from its first quota to reach equal representation. Former cabinet minister and deputy leader Jenny Macklin says quotas are still contested and there continues to be male resistance.

Emily’s List, an organisation that backs progressive women running for Parliament, published a paper in 2019 that recommended Labor introduce “tandem quotas” for women and cultural diversity with different targets for safe seats, marginal seats and the party executive.

Williams says these types of tandem quotas benefit culturally diverse women but are less good for “majority men and majority women”. An alternative could be a kind of reverse quota.

“So you only have a certain amount of white men in Parliament and when you hit that number, then you have to diversify,” Williams says.

“If you do look at other styles of quotas, like the tandem quotas … you do run the risk of having, say, 30 per cent of people preselected who are women and culturally diverse, that still means that the other 70 per cent can be white men.”

Labor MP Peter Khalil, whose parents migrated from Egypt to Australia in the 1970s, said this week MPs with diverse backgrounds “should not be token or just be making up the numbers”. Rather, parties had to show a real commitment.

His colleague Anne Aly, who was herself born in Egypt, also called on her party to do more than just pay lip service to multiculturalism.

Other MPs also called for action, with Ed Husic saying Labor had to do a stocktake of its membership and have a serious conversation about how to reflect the community, and senator Jenny McAllister saying it was time for “bold actions”.

But not everyone thinks quotas are the answer.

Osmond Chiu, an ALP member and research fellow at the Per Capita think tank, says the party needs to work out the extent of its problem with diversity before it can address it.

Any talk of quotas to improve cultural diversity or candidates “is putting the cart before the horse” when change throughout the whole party organisation is needed.

“A lot of the focus has been on Fowler because it’s symptomatic, it symbolises this wider systemic problem that exists, that Australia has become a much more diverse country … but our institutions, such as Parliament, haven’t really kept up,” he says.

Liberal MP Dave Sharma says there’s no doubt all parties including his own have to more actively recruit people with different backgrounds instead of continuing the “pretty laissez-faire attitude” they have now. 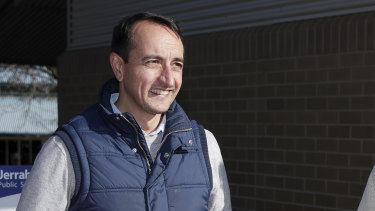 Liberal MP Dave Sharma is the only person of Indian heritage in Parliament.Credit:Alex Ellinghausen

Since his election – replacing Labor’s Lisa Singh as the only person of Indian heritage in Parliament – he has often heard from people in the Indian Australian community asking how they can become involved in politics.

He doesn’t believe in quotas but points to the work of the Conservatives in the UK to transform from a “very stuffy, traditional party” to the more diverse outfit after the party machinery actively sought “people from outside the usual breeding grounds of politics”.

It is as much as smart politics as the right thing to do.

“People are much more inclined to vote and support for, empathise with or have a connection with people that have a similar life experience,” Sharma says.

Tan says this is why parties must look beyond candidate preselection and make sure there are people from diverse backgrounds welcomed and involved at grassroots and administrative levels too.

“Parties stand to gain from this by broadening their base, widening their gaze, and attracting the additional talents that exist within diverse communities,” he says.

“I think this would in turn lead to more diverse candidates being preselected.”

“You can’t conjure up more diversity in your parliamentary ranks simply by saying you like multiculturalism. Or by saying that it’ll come next election.”