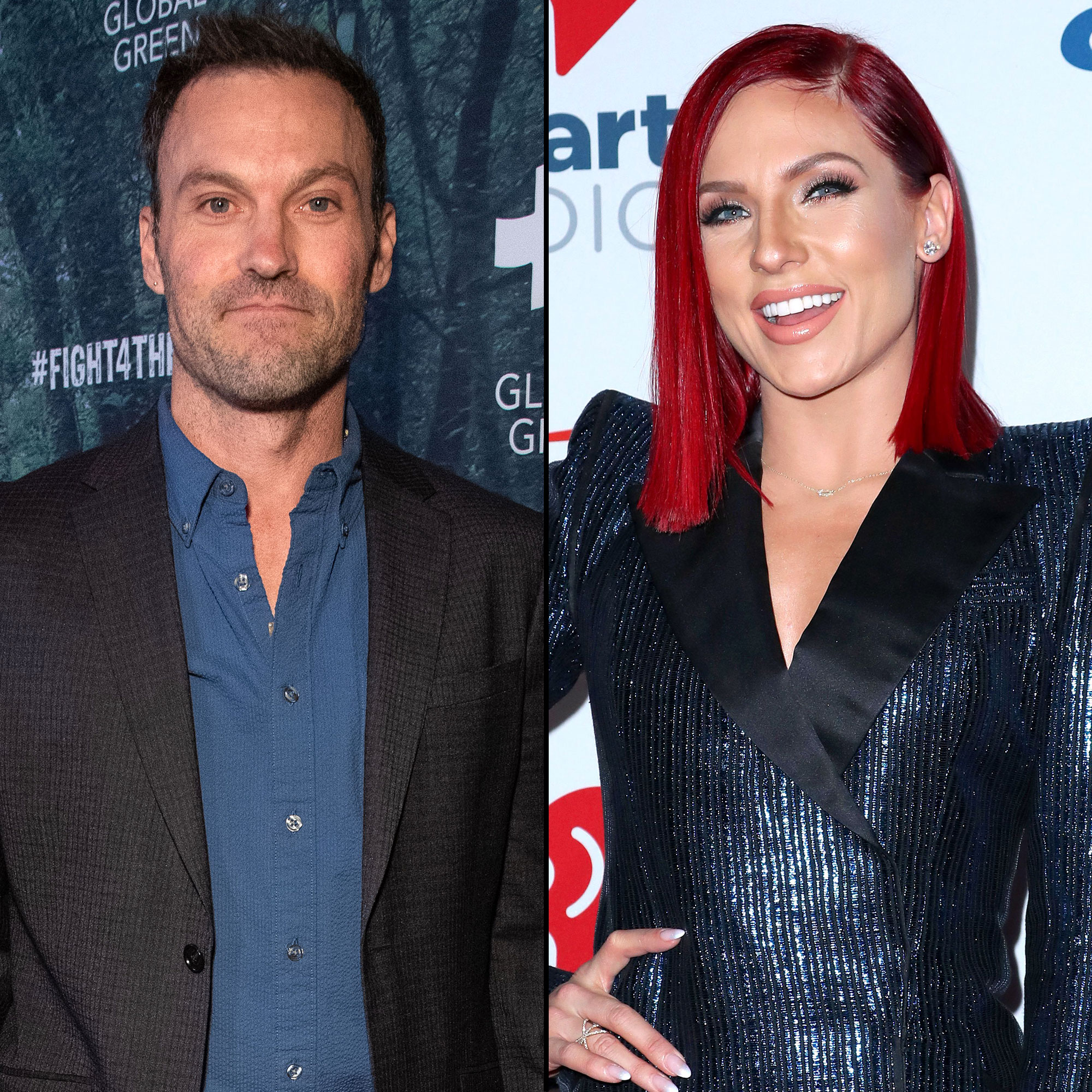 For the love of dance! Brian Austin Green revealed how his girlfriend, Sharna Burgess, influenced his decision to compete on season 30 of Dancing With the Stars.

The Beverly Hills, 90210, alum, 48, told Us Weekly and other reporters on Wednesday, September 8, that although Burgess, 36, didn’t “convince” him to join the milestone season, it was something they talked about when they first met.

“When we first started dating, [and] we used to laugh about the fact that it would probably just never happen. It just wasn’t on our radar at all, either one of us,” Green explained. “But [then] the offer came in for the season. And the more we just kind of talked about it in general, we realized together that this is a really unique opportunity.”

The Anger Management alum, who was first romantically linked to the DWTS pro in December 2020, noted that getting to see Burgess at work firsthand is something special.

“I really look at this as a really cool way of understanding who she is professionally and [experiencing] something that she’s been passionate about and done her entire life,” he continued. “It’s really a cool way of getting to know her. It’s an amazing opportunity for that.”

Green, who competed on The Masked Singer in 2020, added that DWTS hitting its 30th season was also a draw for him.

“I don’t know how much longer the show will be on. I don’t know how many more opportunities I will have for something like this,” he told Us. “It was the perfect storm. Everything just matched up.”

Although the show doesn’t premiere until the end of September, Green’s nerves have already been lessened thanks to the Australia native’s professional expertise.

“Sharna has been extremely kind and helpful and she’s been a huge cheerleader for me,” the Desperate Housewives alum said. “She’s really given me a lot of pointers and helped me understand just the work that is in store for me — what I’m going to have to commit to in doing this well.”

The California native gushed about his girlfriend, adding that her ability to be “super supportive” and “super loving and kind” has helped take the “scary, unknown factor” out of competing on a live dance series.

“I’m still nervous about the first show, of course, because it’s live,” Green revealed. “I haven’t had an opportunity to do much live work before, but I know once I get that out of my system and that’s done, then I’ll know what my biggest fears are and what I have to worry about. And then there won’t be any more surprises after that.”

‘Dancing With the Stars’ Season 30: Everything We Know

ABC announced its full slate of celebrity competitors on Good Morning America on Wednesday, including Green, Bachelor Matt James and Olivia Jade Giannulli. The network previously revealed that JoJo Siwa would be the first star to have a same-sex partner when season 30 kicks off later this month.

Burgess, for her part, is one of many fan-favorite pros returning to the ballroom. Witney Carson, Lindsay Arnold, Gleb Savchenko, Jenna Johnson and Val Chmerkovskiy will all be partnered up this season.

A source exclusively told Us earlier this month that it is “likely” that Burgess and Green will be teamed up, but the official partners have yet to be announced.

Dancing With the Stars premieres on ABC Monday, September 20, at 8 p.m. ET.

With reporting by Emily Longeretta