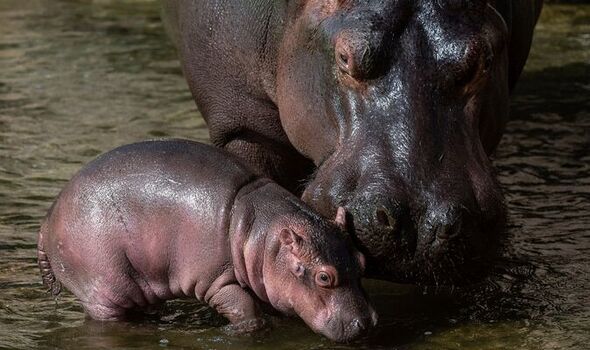 Ten west African countries, including Togo, Gabon and Mali, have proposed that hippos be given the highest protection under Cites, a treaty to protect endangered plants and animals. If approved, it would mean a total international ban on the trade in hippo body parts and ivory – which is found in their teeth – to help avert the decline of the species.

Rebecca Lewison, co-chair of the IUCN hippo group, said: “The biggest threat to hippos is habitat loss and degradation.

“Common hippos rely on fresh water to survive, and that often puts them in conflict with local communities who also need fresh water for agriculture, energy, fishing and residential development.

“Hippo-human conflicts are on the rise, particularly in west Africa, where common hippo populations are declining rapidly.

“Hippo-human conflicts unfortunately result in both hippo and human fatalities and have contributed to a related problem of unregulated hunting for hippo meat and ivory, which is found in their canine teeth.”

Hippos were classified as vulnerable to extinction on the International Union for Conservation of Nature (IUCN) red list in 2016.

They are currently listed as a species not necessarily threatened with extinction but could become so if their trade is not regulated.