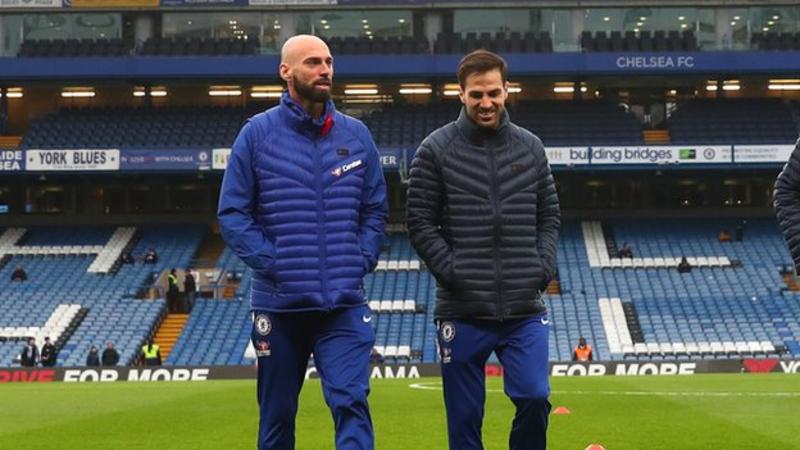 A man of his word or a bit of a sore loser?

Cesc Fabregas has revealed he bought Willy Caballero a Range Rover when they played together at Chelsea… but it wasn’t quite the new car the Argentine goalkeeper was hoping for.

The Spanish World Cup winner, a man rarely afraid to step up to the penalty spot, said he would practice penalties after training and would often have “little bets” with goalkeepers to “put a bit of spice into the challenge”.

Having scored 15 penalties in his career, it’s understandable he became “too confident” when he challenged Caballero, promising his team-mate a Ranger Rover if he saved his penalty.

And sure enough, Caballero, who is also known for having a decent penalty record between the sticks, stepped up and made the save.

Fabregas not only had to fork out for the car, but he was left feeling like “the most stupid guy on earth”.

However, the initial bet didn’t state that the Range Rover had to be new… so Fabregas presented Caballero with a battered old Range Rover that he’d found in a scrap yard for only £950 – complete with cracked windscreen.

A video shared by Fabregas shows the moment Caballero is presented the car in front of his Chelsea team-mates including Pedro and Marcos Alonso.

“The lesson of the story is: Don’t bet at all at any cost,” Fabregas concluded.

Thankfully, the Chelsea keeper took the joke in good taste, replying to the post saying “this is absolutely true. this man has a word and does what he promises. I miss you Cesc Fabregas”.

The Spanish midfielder left the London side at the end of last season to join Ligue 1’s Monaco, but he has not been shy in reminiscing about his time at Chelsea on social media.

In recent weeks he has shared fan videos from his time at Chelsea, wished the club a happy birthday and retweeted Kepa Arrizabalaga’s tweet celebrating the win against Liverpool in the FA Cup.