CHELSEA gifted Arsenal the lead in tonight’s London Derby with a calamitous error.

The Blues came into the clash as heavy favourites after reaching the Champions League final last week. 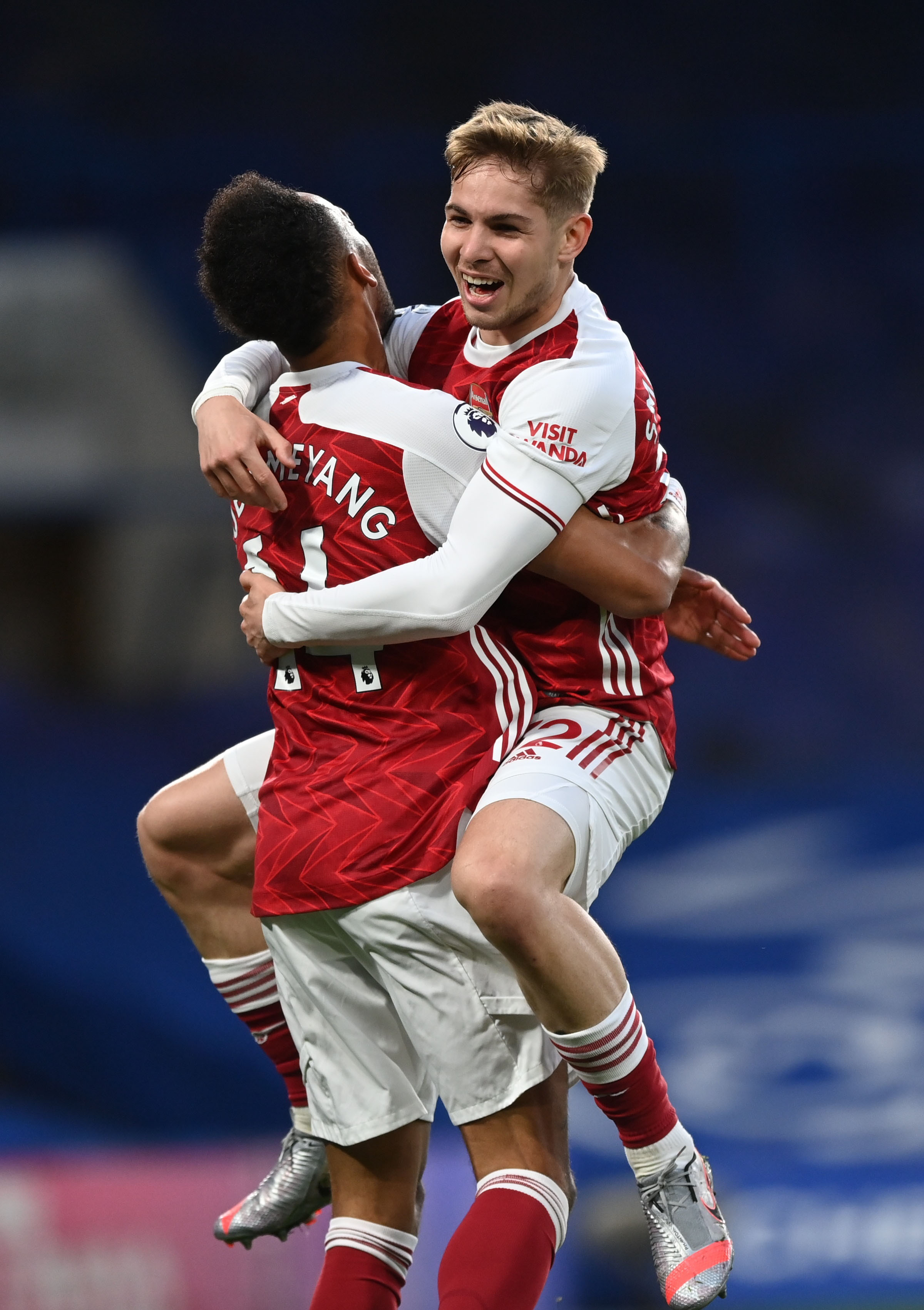 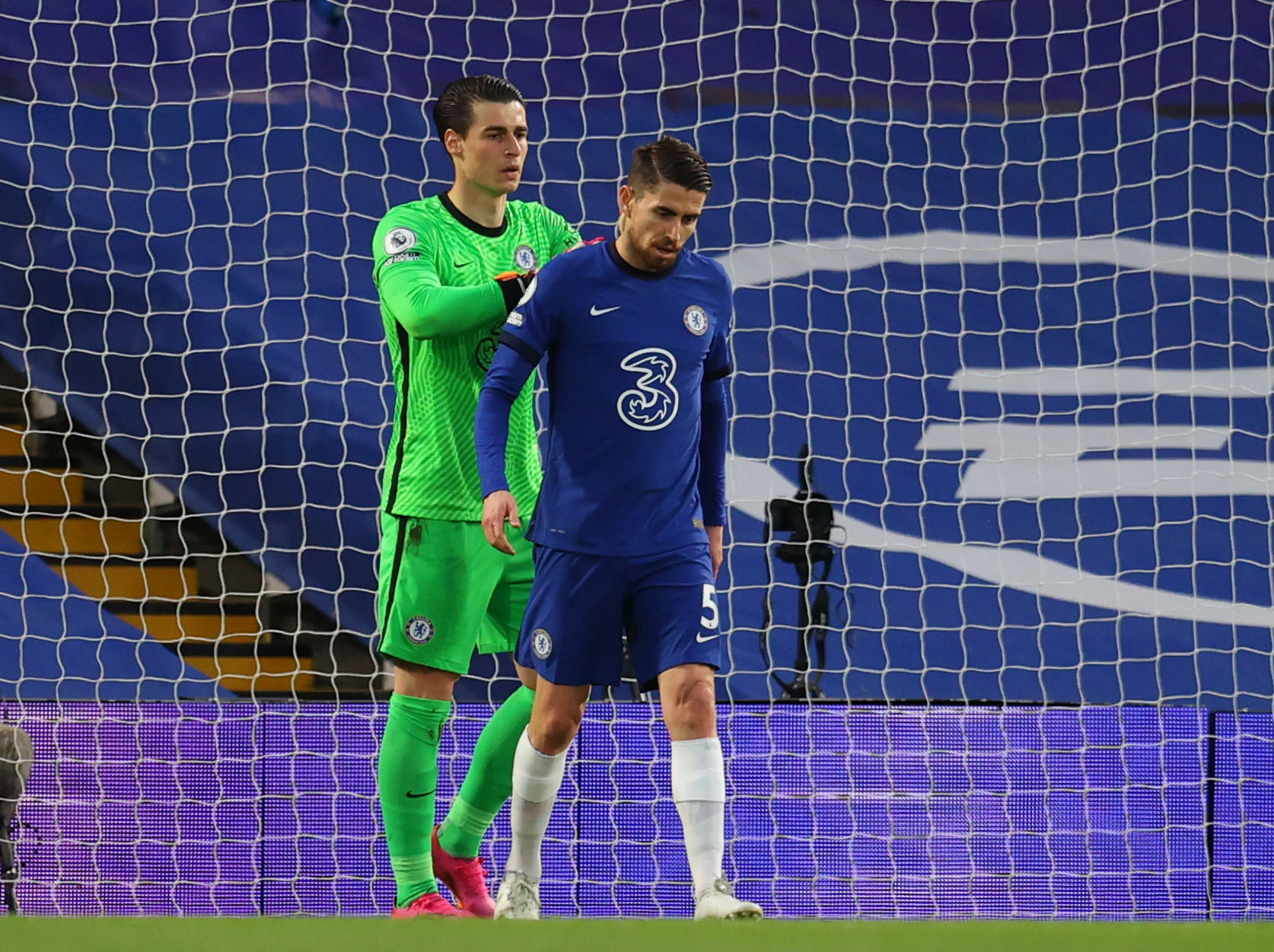 But any hopes they had of cementing a top four finish with a victory over their neighbours was made all the more difficult after just 16 minutes following midfielder Jorginho’s error.

Chelsea were passing the ball around the backline when it came to the ex-Napoli man.

Without looking up to check on whether Kepa was there, he passed it back towards his own net before he was instantly filled with terror.

Kepa was not in his goal but he desperately raced back across to spare his team-mate’s blushes by clawing the ball away right on the line to spare Jorginho the indignity of an own goal.

But unfortunately for him Arsenal’s Pierre-Emerick Aubayemang reacted quickest to collect the loose ball before pulling it back for Emile Smith Rowe to knock the ball into the empty net.

That was the youngster’s first away goal since November 2018 against Vorskla Poltava.

However, that stat was overshadowed by the huge mix-up by the Chelsea pair.

And as usual, fans were unrelenting on social media as they vented their fury at the comical defending that led to the Blues trailing 1-0 at the break:

Sky Sports pundit Jamie Redknapp was a bit more forgiving, saying: “It was a mistake from a midfield player that is normally so good on the ball and accomplished. He just doesn’t look.

“There is a rule that whenever you are going to pass it back to a goalkeeper you never pass it between the width of the post.

“He does that but they think he’s got away with it but Aubameyang does great to sniff out the ball.

“It’s just one of those things.”

? CHOSEN ONEChelsea to move for Sancho