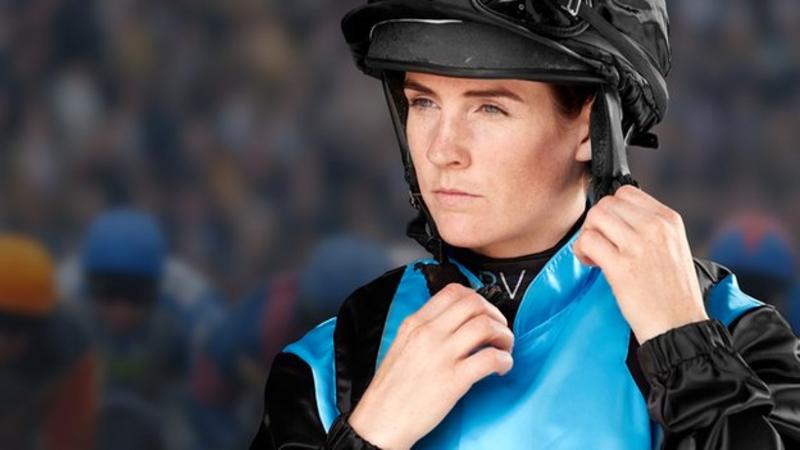 After all, the 30-year-old, who made a first appearance, followed quickly by a second, in jump racing’s most hallowed winners’ circle, had already been top conditional rider [national hunt apprentice] in Ireland.

And for weeks before the Festival she led her rivals a merry dance in the race to be Irish champion jump jockey – before ultimately being forced to settle for second place behind Paul Townend.

But for Blackmore, who won on novice chaser A Plus Tard and novice hurdler Minella Indo, both trained by principal backer Henry De Bromhead, success at Cheltenham brought with it “a whole different spectrum” of attention.

She said: “Trying to explain to girls who I went to school with, who don’t know anything about racing, that I was champion conditional was hard to get into words for them.

“But to be able to say ‘I rode a winner at Cheltenham’, they all know Cheltenham is on, even if they’re not into racing – it’s on the news and people have the idea that there’s a big festival on.

“A Cheltenham winner is such a coveted thing for any jockey, and I was lucky enough to get two of them – to think Ruby [Walsh] rode 59 – unbelievable.

“People keep telling you winning there is this, that or the other, and afterwards you’re like ‘yeah, I believe you now’.” 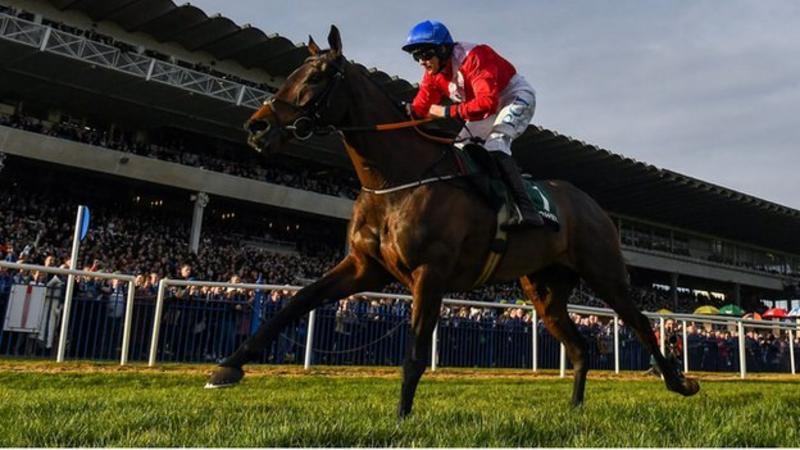 Blackmore was a late starter to racing: after success on the pony racing circuit – famously beating Townend in her first race – the daughter of a dairy farmer and school teacher went off to study at university with plans to be a vet.

But her change of course towards full-time riding and rise to prominence since becoming, in 2015, only Ireland’s second female professional jump jockey – after Maria Cullen in the 1980s – has been one of the sport’s most striking stories.

Initially based with trainer ‘Shark’ Hanlon, a subsequent link-up with the County Waterford-based De Bromhead team has seen them form as formidable a partnership as any in jump racing.

And, in 2020, they’ve prepared a sizeable team to chase more honours at Cheltenham, so much so that only Townend, now number one jockey to Ireland’s champion trainer Willie Mullins in place of the retired Walsh, and big-race regular Davy Russell, are more fancied than Blackmore to end up as the Festival’s leading rider.

Taking the trophy would be a first for a female jockey although Gee Armytage tied in 1987 only to lose out to Peter Scudamore on rides finishing second or third.

Both A Plus Tard, the favourite for the Ryanair Chase, and Minella Indo, a leading contender for the RSA Chase, are back for more.

At the centre of the challenge, however, is the popular, unbeaten Honeysuckle, the Irish Champion Hurdler, which goes for the Mares Hurdle.

Otherwise, Notebook is a very well-supported choice for the Arkle Trophy; Monalee has plenty of support for the Gold Cup; while young hurdlers Captain Guinness, Minella Melody and Aspire Tower are all being tipped.

And for Blackmore there are further call-ups from other training operations: she has a gilt-edged book of opportunities.

She said: “It’s an unbelievable position to be in.

“I suppose at the same time you’re trying not to get too hyped up and wrapped up in it, and are trying to treat it like it’s just another race because those other emotions will come at you anyway.”

Of Honeysuckle, or ‘the Queen Bee’ as the mare is known at De Bromhead HQ, she added: “It’s very hard to say anything negative about her because she’s only ever done everything I’ve asked.

“She’s very special and it’s a privilege to be involved with her.

“Henry’s doing such a fantastic job with her, having her right mentally, physically, everything – I don’t think enough credit is going to him for producing her to win every time.”

Slightly to everyone’s surprise, their Irish Champion Hurdle success in February featured on BBC TV’s 10 O’Clock News, part of an understandable fascination by the wider media about how female jockeys get on, competing on level terms as they do, in a sport traditionally portrayed as being male-dominated.

Blackmore – like the two other women who rode winners at the 2019 Festival, Bryony Frost and Lizzie Kelly – considers herself to be simply a jockey, but she understands what’s happening.

She said: “I get that it would be massive [for a female jockey] to win a Gold Cup or a Champion Hurdle, but, for me, my initial feeling wouldn’t be ‘ah this is so big for women in racing’ – though I’m not oblivious to the fact that it would be a big deal.

“But within the small racing bubble I love that it’s not making headlines anymore – after all, Henry doesn’t care, the owners don’t care and no one I deal with cares.”