A resolution to the months-long feud between Ms Holgate and Australia Post now appears in sight, with parties agreeing late last week to mediation to resolve their issues. Ms Holgate is seeking an apology from Australia Post, a finalisation of her contract and no financial compensation. 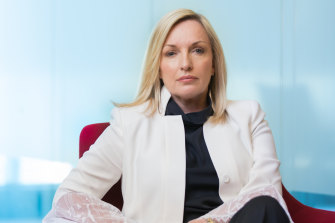 Ms Holgate, who will take up the position of chief executive officer in July, said she was “very excited” to be back working in the parcels business.

Ms Holgate’s appointment was announced as a Senate inquiry prepares to hand down the findings of its investigation into the circumstances surrounding her controversial exit from Australia Post last year. Its report is due next Monday.

Ms Holgate resigned from Australia Post on November 2, ten days after disclosing to a Senate estimates hearing that she had spent $20,000 on Cartier watches as bonuses for four senior employees for landing a major banking deal. Her contract had a six-month non-compete period, which expired on May 2.

Adrian Loader, a founding partner of Allegro Funds, who will chair the new company, described Ms Holgate as “an industry-leading CEO”.