The coronavirus crisis has brought about bleak times for travellers, with flights to many popular destinations restricted or cancelled.

But the good news is that with airlines struggling to fill cabins, flight prices are plummeting. And package holiday prices are falling, too. 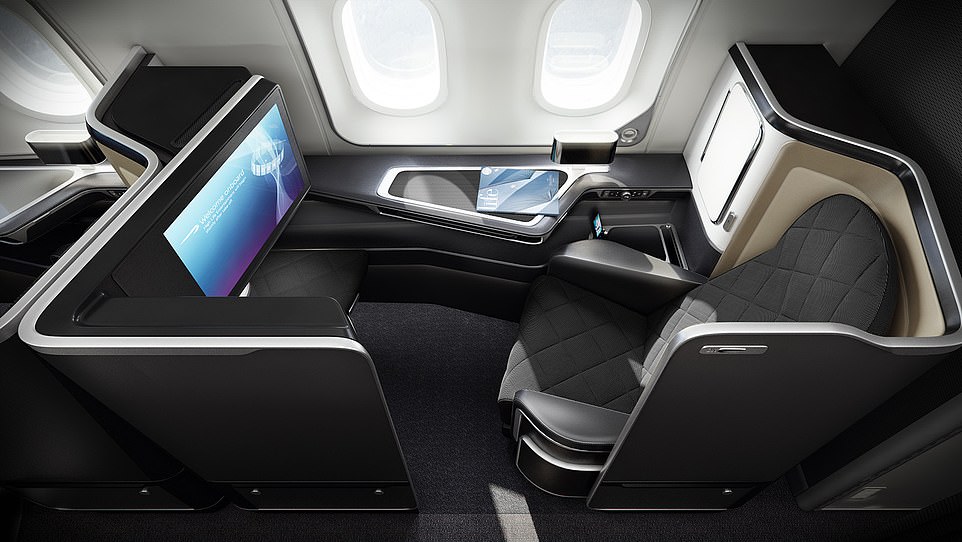 BA is currently offering a whole host of amazing business class deals. Pictured is its new A350 Club Suite 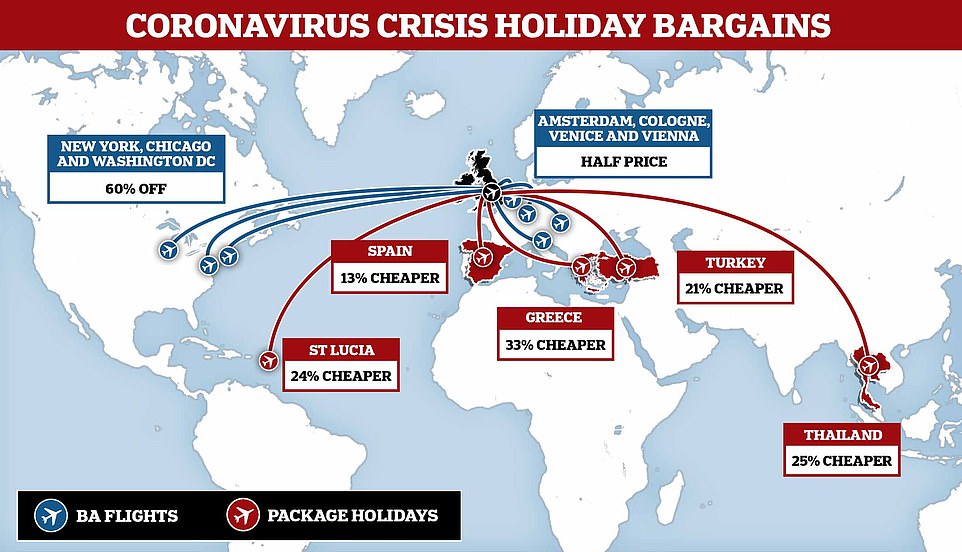 With airlines struggling to fill cabins, flight prices are plummeting. And package holiday prices are falling, too Flights to Italy are much emptier than usual

Eye-opening business class deals include Malaga, with seven nights in a hotel, from £469, to Mallorca for £529 and the same week-long luxury deal for Rome for £364.

Holidaymakers can also pick up flights to Berlin in business class and three nights in a hotel from £279, Prague from £269 and the same package to Venice for just £259. 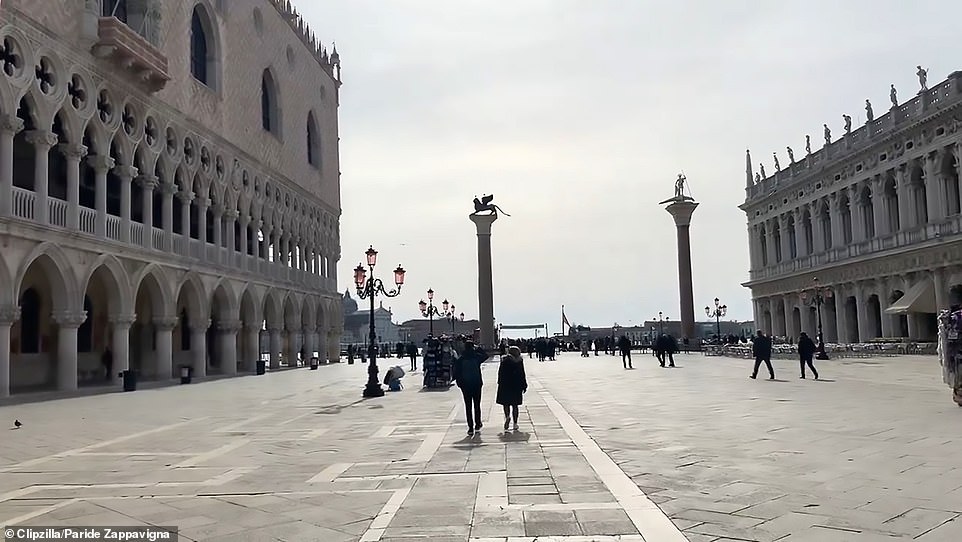 The coronavirus crisis has left Venice relatively deserted. BA is offering business class flights there with a hotel thrown in from £259 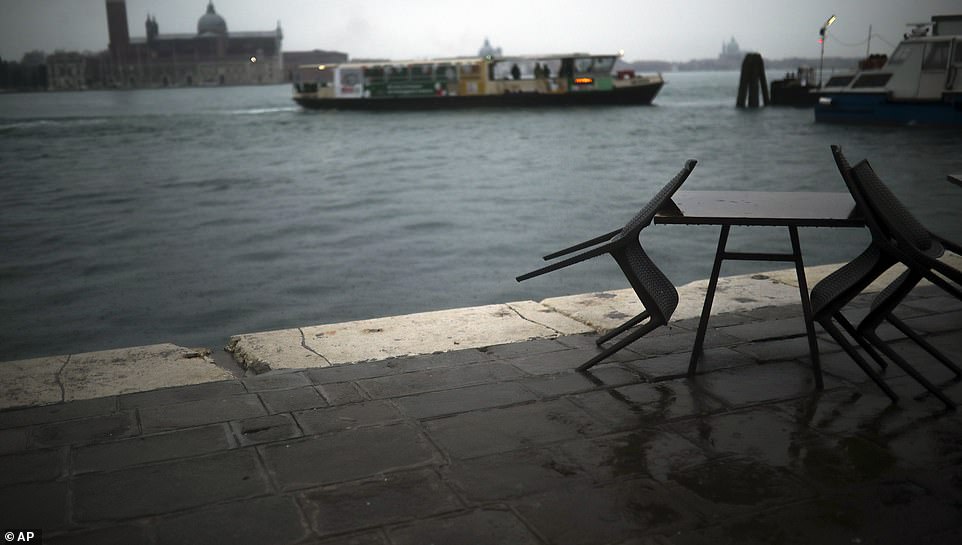 Gilbert Ott, who runs the flight tips site God Save The Points, told MailOnline Travel that these prices are roughly half the price of regular flight-only tickets.

The flight-only deals are also spectacular.

Rob Burgess, Editor of www.headforpoints.com, says: ‘There are some excellent short-haul European flights currently on offer. If you have never flown short-haul business class, you may never see it cheaper.

‘The current British Airways sale has, for example, return British Airways business class flights to Amsterdam, Cologne, Venice, Vienna and other cities for just under £150. Even in a sale you would expect to pay around £250 for this. Regular prices are around £300. For a very minimal price you are getting airport lounge access, fast-track security, priority boarding, an empty middle seat and a free meal and champagne on board. You will also earn a large number of Avios points back.

‘Months where the £150 fares can be found are shown on the BA Low Fare Finder here (search for “Europe, Business”).’ 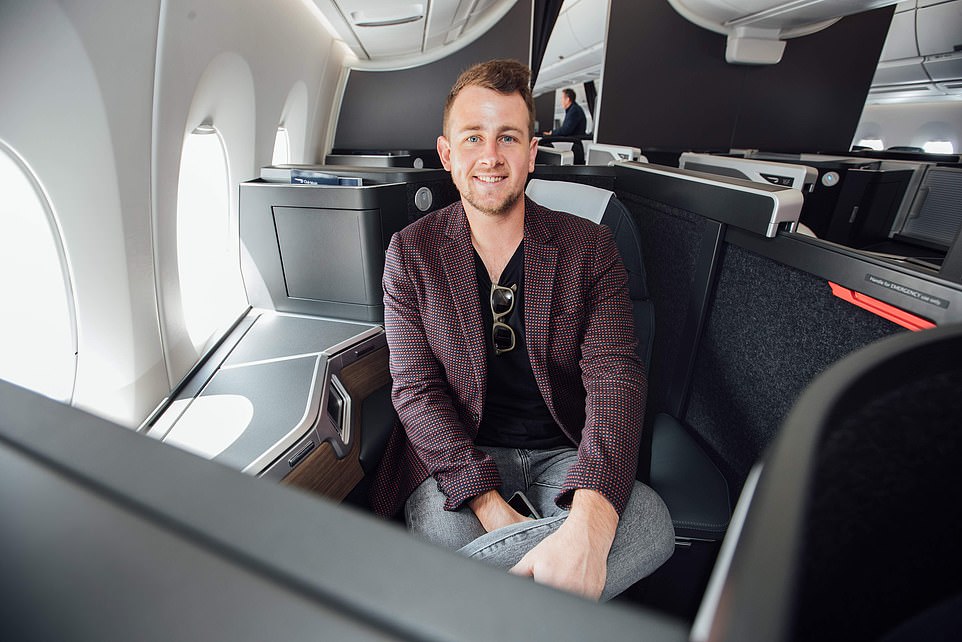 Travel expert and frequent flier Gilbert Ott, who runs the flight tips site God Save The Points. He has been highlighting some ‘insane’ business class deals

THE LUXURY DEALS IN DETAIL

All business-class flights between London and any American city are typically £2,000 to £3,000, depending on when you book and when you’re flying.

But as Gilbert Ott says, the coronavirus crisis has brought prices crashing down. Here’s how to snare a cut-price lie-flat deal and some of the routes on offer.

To take advantage of the BA deals, customers must book by March 17. BA says the advertised flight sale prices are discounted from the lowest price available in the 21 days before February 27, 2020.

Paris to New York JFK via Madrid flying on Iberia and returning via Dublin on Aer Lingus in early June – £864.

Paris to Los Angeles via Dublin flying Aer Lingus and returning via Miami on American Airlines in early June – £1,210.

Virgin’s deals, says Gilbert, ‘pop up on a Friday and rarely make it to the weekend’.

They’re called ‘flash deals’ and currently include JFK and Boston in business for around £1,000 ‘for Monday departures from London in April and May and are cheapest for stays of eight nights or more’, says Gilbert.

They can be booked directly through Virgin or through Skyscanner.

Get in quick and you could fly business for less than flying premium economy.

Source: God Save The Points.

Gilbert added: ‘Business travel is one of the hardest-hit sectors, so one could argue that the luxury deals are even more prevalent. Many companies have imposed travel bans for all non-essential travel, which means up to 50 to 60 seats on every flight that would usually be filled are currently going empty.

‘Deals that would typically last 12 hours are lasting days, which never happens. Obviously, there’s a risk, and everyone must conduct their own risk assessment, but I personally am taking advantage.’

On his site he reveals that BA is offering deals for around £1,200 per person for round-trip flights from London to America and three or four nights in a hotel.

He writes: ‘On any given day, paying £1,200 for business class from London to the USA is a great offer, but when it comes with four nights of hotel included, that’s baller.’

Virgin Atlantic, meanwhile, is offering ‘deals [to the U.S] that give you round trips in flatbeds for lower than premium economy prices’, he says.

He pointed out that £3,000 for flights alone, for any airline flying from the UK to America, would be ‘pretty standard pricing’ and that in-between sales, ‘business class is constantly above £2,000 as a minimum’.

The travel expert also points out that if you’re willing to start your British Airways USA trip from Paris there are even better deals to be had.

Gilbert describes the prices as ‘insane’.

For example, BA is offering Paris to the East Coast via London in business class for around £850-£900 all in.

He writes: ‘Oneworld is having a crazy sale out of Paris that makes flying business class in just about any month in 2020 cheaper than it can be in economy.’

Head for Points has also been highlighting some of BA’s incredible long-haul ‘luxury’ offers.

He also points out that BA has dropped its first-class USA prices quite heavily. 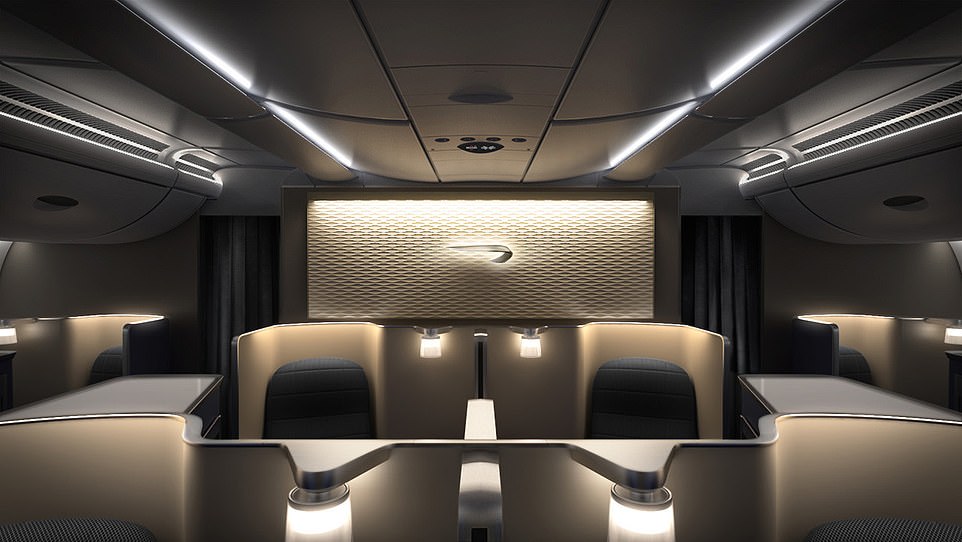 BA has dropped prices in first class on a number of routes, including North America and Canada 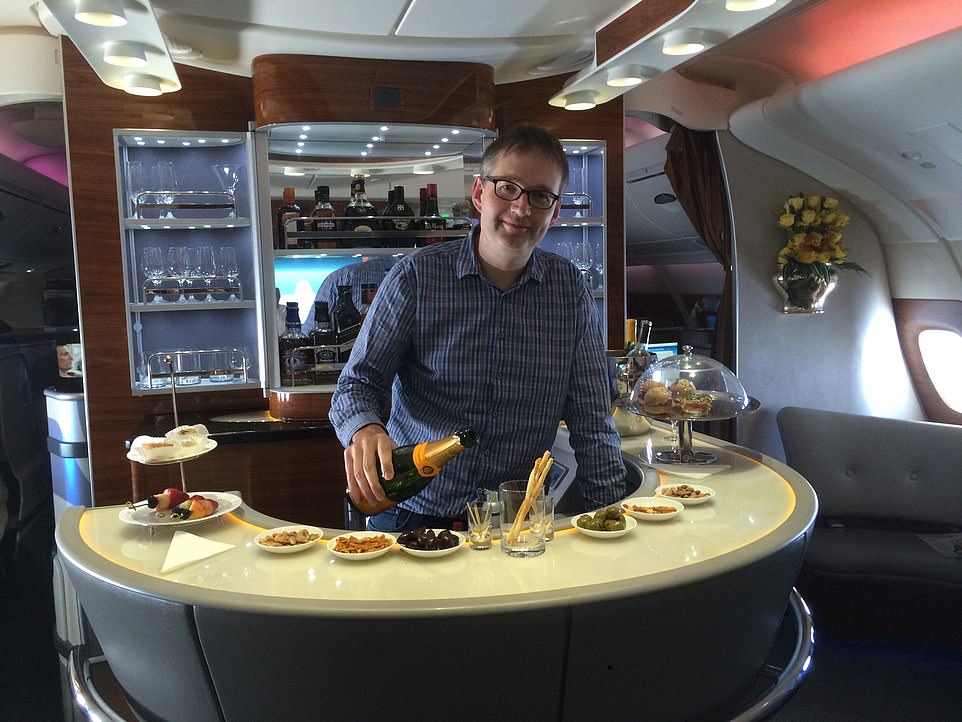 TravelSupermarket’s travel commentator, Emma Grimster, added: ‘Despite coronavirus dominating the news, people are still searching for holidays and trying to get the best deal they can. In terms of demand, we’ve seen a rise in the number of people looking to visit some areas of the USA, year on year.

‘New York, Las Vegas and Orlando are all in the top five destinations searched for last weekend, with searches for Las Vegas found to be up +60 per cent vs the same period last year.’