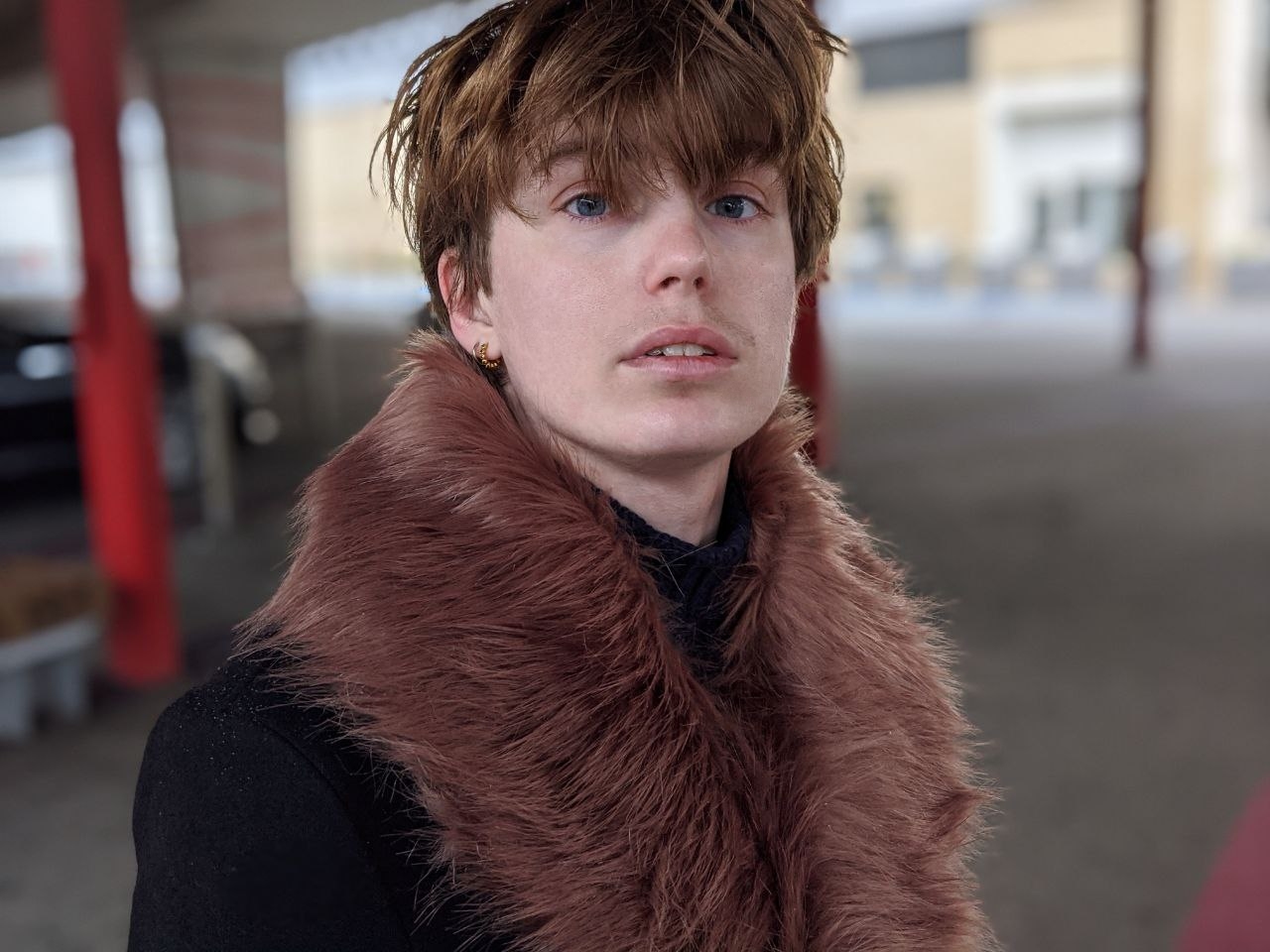 After coming out as transgender when I was 13, I felt a lot of pressure to find a label for my sexuality.

At school, where most of the conversations were about celebrity crushes, a lot of my friends would talk about going on their first dates, and I kept feeling more and more left out.

At first I laughed it off: I didn’t see the appeal in kissing other people, thought holding hands would be incredibly uncomfortable and saw going on dates as something that would take time away from my hobbies. I thought that maybe I was just too young, but this eventually had me worried everyone would think of me as childish.

Eventually, the intrusive thoughts took hold. Was there something wrong with me? Was I broken? And who could I talk to? I was already struggling with the lack of support I had as a transgender teen.

At 14, I saw gay representation for the first time – mostly as fanart of TV series I watched – and knew that was where I fitted.

I knew I was a man who was into other men, but I was still confused about why I didn’t like anyone romantically – not people on TV or those I knew in real life.

I remember spending hours on Wikipedia searching for a few actors to mention when people asked me about who I found attractive. Any time I replied ‘no one’, I would get lots of intrusive questions: didn’t I have a crush on anyone? Had I ever kissed anyone? Did I want to have sex? Did I have any trauma? But the really daunting one was always of why I didn’t experience sexual attraction.

I never really knew the answer – until I found the word ‘asexual’.

Asexual is an umbrella term commonly defined as a person of any gender or sexual orientation who does not experience sexual attraction.

I remember reading the definition and struggling to grasp it. It’s often hard to understand and define issues around the topic of sexuality, but it’s even harder to describe a lack of something. The fact that sex is such a taboo subject (especially gay sex) didn’t make all this any easier to navigate.

My identity on the asexual spectrum is demisexual, which means I only experience sexual attraction after developing a strong emotional bond with someone.

I came across this definition when I was 18, on an LGBTQ+ forum. At the time, I had already attempted a few relationships and experienced shifts in the presence of sexual attraction. Finding the term demisexual made it easier to understand my asexuality.

Among the various labels I use, this is definitely the one that has been questioned the most; not people many are familiar with identities on the asexual spectrum. One of the most common questions I get is what makes me being demisexual any different than people who want to get to know someone before dating them.

But for me it’s not a lifestyle choice or an option: I simply cannot experience instant attraction and have no idea when or if I ever will with a particular person. With some people it’s faster, with others I can wait for years. It’s like having an on/off switch I am not in control of.

While I have always been open about my identity with my partners, communication hasn’t been easy. There is a lot of pressure on relationships to be sexual, and many people tend to conflate sex and intimacy. While my recent partners have been understanding – some of them were asexual themselves – I always feel the need to reassure them my lack of sexual attraction is not because I don’t love them enough.

I would have loved to hear about these identities earlier on in my life – especially as I grew up in a Catholic setting. No one really questioned why I was waiting to start dating, but the truth is I felt incredibly lonely.

Everyone kept saying I would start experiencing attraction at some point in life, so I kept waiting, feeling more and more confused, while most people around me built relationships.

Once I did start dating, it didn’t get any easier. My partners knew I was demisexual, but lots of friends struggled to understand it. They would ask intrusive questions about the relationships and my feelings, and imply that no partner would ever really enjoy dating me. Lots of them even told me my partners were likely cheating on me and I was being delusional.

I remember coming back home to my partner crying, thinking I would lose them to an allosexual (non-asexual) person.

My self-esteem and self-worth were already low due to depression caused by bullying and difficulties at school. I felt like I didn’t deserve to be loved or wanted, and that anyone dating me would have to give something up only to realise I wasn’t worth it in the end.

Learning to love myself and to be proud of this identity has been a long journey. Seeing representation or being taught about asexuality earlier on would have made a huge difference: I would have realised straight away there was nothing wrong with me, and it would have helped me connect with the LGBT+ community.

But even within that community, lots of people don’t know or accept asexual identities, and it is really difficult to find and connect with other asexual people.

My mental health has suffered because of the isolation I felt for so long. I didn’t feel like I was enough to be part of the LGBT+ community, I didn’t feel welcome in it and I lacked supportive spaces.

These days I volunteer as a Just Like Us ambassador and speak in schools about being LGBT+. I hope to show young people that growing up trans, gay or asexual can be a positive thing.

This Asexual Visibility Day, I am thrilled to see more awareness and understanding of asexuality and I hope more and more young people will easily get access to the language they need to describe themselves and find their place in our community.

Rush Hour Crush – love (well, lust) is all around us

Tell us about your Rush Hour Crush by submitting them here, and you could see your message published on the site.