Novak Djokovic said he remains hopeful he will be allowed to play at the US Open when it begins in late August, despite not being vaccinated against Covid-19.

The unvaccinated tennis star was booted out of Australia ahead of the Melbourne Slam back in January after the government decided he’d broken strict Covid-19 regulations and he failed with a legal challenge.

And the 35-year-old could face a repeat at Flushing Meadows but he insisted he is preparing to play at the US Open which beings in late August.

Current rules require non-US citizens to show proof of being fully vaccinated before entering the country by air from a foreign nation. He would need an exemption to play.

And, Djokovic said on social media Saturday that he’ll be ready to go should he get the OK. The Serbian’s name appears on the entry list for the US Open, which will be held August 29 – September 11 in New York.

‘I am preparing as if I will be allowed to compete, while I await to hear if there is any room for me to travel to US,’ Djokovic wrote.

The Serbian proved he was preparing a he posted a video to his Instagram of him practicing.

Fans had shown their support for the tennis star on social media earlier this week with #LetNovakPlay. 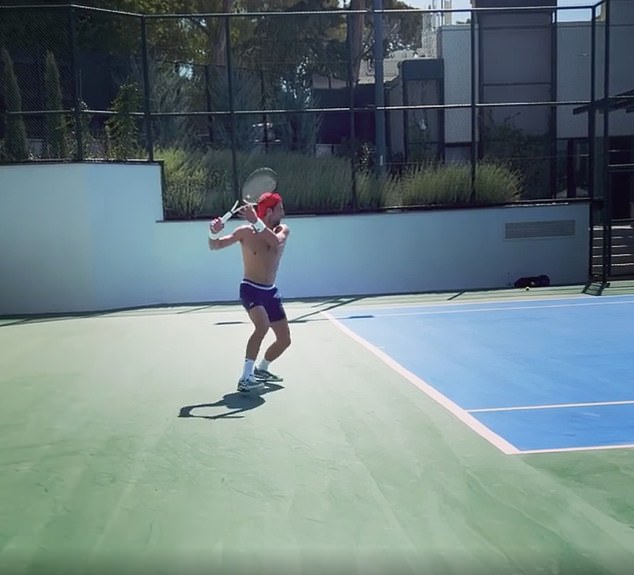 Supporters thanked Djokovic for being a role model and praised him for sticking to his principles.

One posted: ‘With failing politicians and personalities in the World our children look to examples like you in sport .. your principles and what you stand for and what you have sacrificed make you the hero in all of this charade .. thank you.’

Another wrote: ‘He will be remembered for more than the sport he mastered. His actions standing up for freedom of choice, will go down in history.’

Another claimed the world will be waiting for the decision, claiming the country would become a laughing stick if the US denies Djokovic entry. 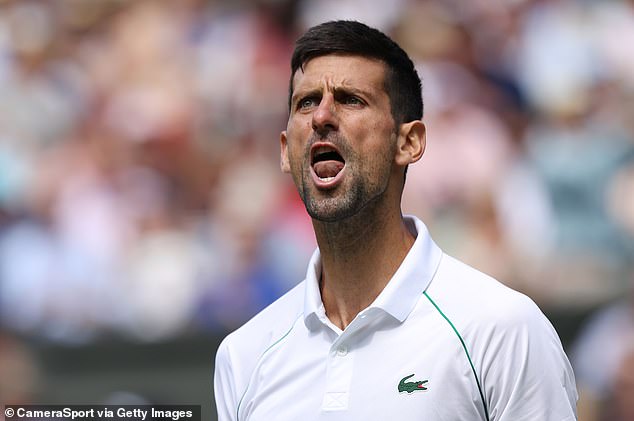 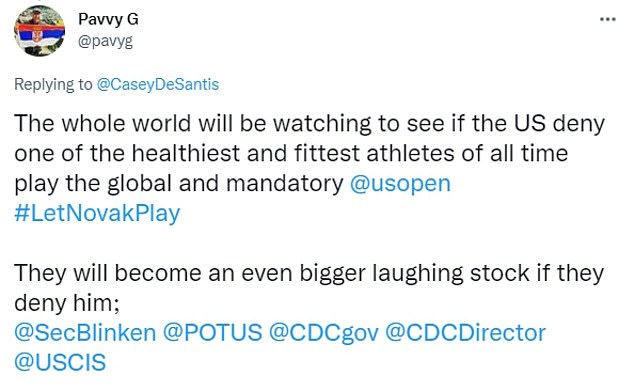 They said: ‘The whole world will be watching to see if the US deny one of the healthiest and fittest athletes of all time play the global and mandatory #LetNovakPlay @usopen

‘They will become an even bigger laughing stock if they deny him; @SecBlinken @POTUS @CDCgov @CDCDirector @USCIS’

Meanwhile, one supporter wrote: ‘Not only are you one of the best players that’s ever lived, you have shown to be a human being who believes his decisions should be, just that.

‘The facts are coming out thick and fast. As everyday goes by. It’s proves you 100 made the right choice. Well done sir.’

Another insisted that Djokovic had provided the sport with many entertaining moments and fans should repay him with their support.

They shared: ‘You have given us so many joys, beautiful sensations and satisfaction, that the least we can do for you is to wish the best for you. And thank you for your words…idemo Nole.’ 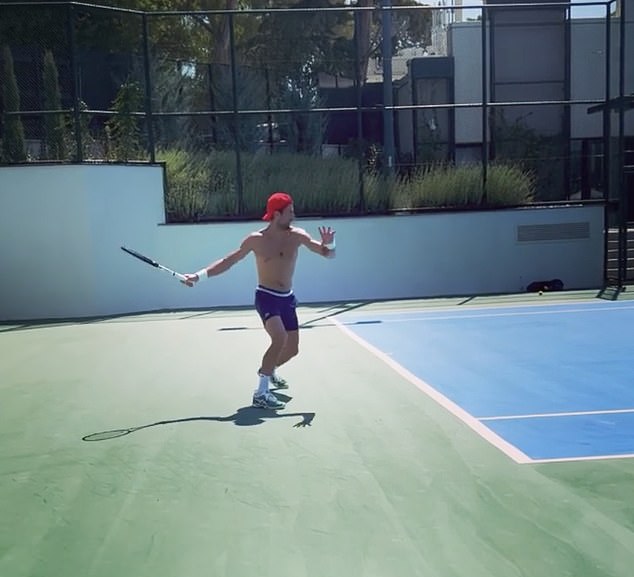 As of Saturday morning, almost 45,000 people had signed a petition to allow him to play

As of Saturday morning, almost 45,000 people had signed a Change.org petition asking the US Tennis Association and the federal government to reach an agreement for Djokovic, a 21-time Grand Slam winner, to be allowed to play.

He also thanked fans for their support, which undoubtedly includes their participation in a petition drive.

‘I just wanted to take a moment and say to all of you how grateful I am to see so many messages of support and love from all around the world these days,’ he wrote to fans.

‘It feels special that people connect with my tennis career in such a loving and supportive way and wish for me to continue to compete.’

Djokovic wasn’t allowed to play at the Australian Open in January because of his refusal to be vaccinated. He lost to rival Rafael Nadal in the quarterfinals at the French Open in May, then defeated Nick Kyrgios to win Wimbledon in July.

European media outlets reported this week that the Serbian-American Voting Alliance sent a letter to President Joe Biden, asking him to intervene to allow Djokovic to play.