DOMINIC LAWSON: The Lords are on to something about battle for Ladies

DOMINIC LAWSON: The Lords are on to something when it comes to the battle for the Ladies

To many, nothing seems more absurd about British democracy than the fact that there are still 92 seats in Parliament reserved (in the upper house) for hereditary peers.

But there are some among that number who seem more in touch with the everyday concerns of the public than our elected representatives.

Thus, last week, it was the 12th Baron Lucas and 8th Lord Dingwall (actually one and the same person) who inaugurated a debate on ‘Changing and Toilet Facilities in Public Buildings’ — asking the Government to ensure that at least half such facilities are available to women only.

And about time, too. Last year, I wrote here how my wife was among countless women appalled by the drive towards solitary ‘gender neutral’ loos in public buildings; how disgusted she and they were by having to deal with the inevitable male spattering on loo seats; and how she and they regarded it as abhorrent to have their privacy as a sex compromised or put at risk.

Theirs is not a fuss over nothing: in 2018, a Freedom of Information request uncovered the fact that of 134 complaints of sexual assaults at public swimming pools, 120 of the incidents took place in gender-neutral changing rooms, and just 14 took place in single-sex changing areas.

You might think, given the fact the House of Commons has recently endeavoured to pass laws to punish ‘up-skirting’, that it might take this more seriously.

Well, perhaps it is finally going to do so. 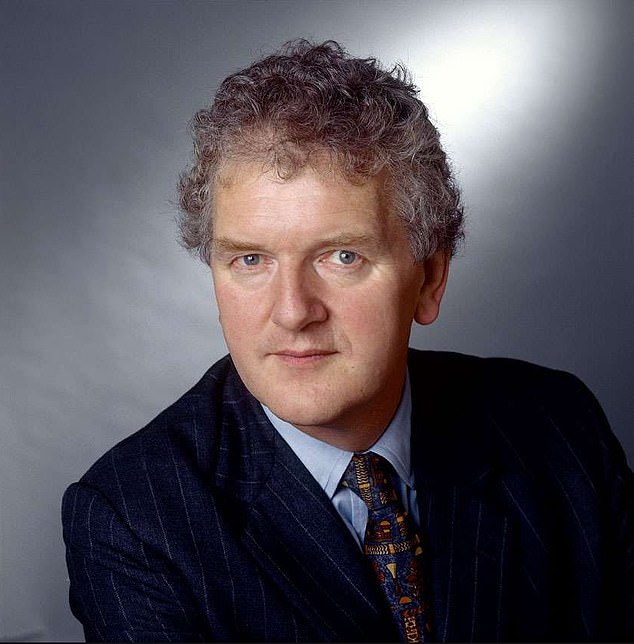 Last week, it was the 12th Baron Lucas and 8th Lord Dingwall (actually the same person, pictured) who inaugurated a debate on ‘Changing and Toilet Facilities in Public Buildings’ 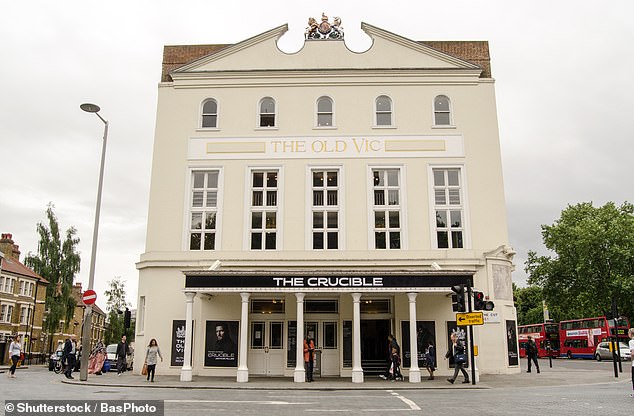 Following the debate in the Lords, someone described as ‘a government source’ told a newspaper: ‘The Government is committed to maintaining safeguards that protect women. Proper provision of separate toilets both for men and for women, which has long been a requirement, should be retained and improved.’ 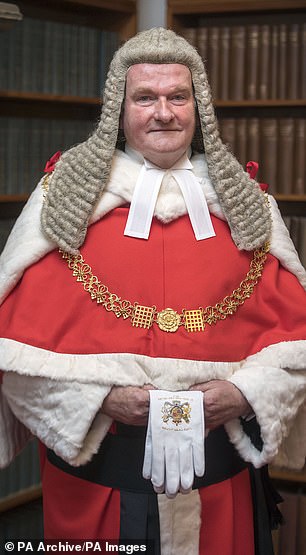 If that source is right, then an increasing number of museums and theatres (such as the Old Vic in London) are in breach of this ‘requirement’ as they have recently abandoned women-only loos.

This is a result of an unholy alliance between politically correct committee members who think ‘gender-neutral’ loos are the only way to meet the needs of transgender users (who fear abuse when entering the loos designated for the gender with which they identify) and the money men, who instantly realised that this brave new unisex world would be cheaper to run.

Their feelings, however, do not seem to attract the sympathy — or even to intrude on the thought processes — of the country’s most senior judge, the Lord Chief Justice.

Lord Burnett (for it is he) was reported in Saturday’s Daily Mail commenting on the controversial introduction of ‘unisex facilities’ at the High Court in London: ‘Have you travelled much in Europe, for example? I mean, unisex loos in France have been my experience ever since I was a small boy, so I do not think there is any jumping of the gun.’

Well, the French think it’s fine to force-feed geese with corn until their livers explode (in order to produce the delicacy known as foie gras), but that doesn’t mean we should engage in the same practice ourselves.

The Lord Chief Justice went on to say, in effect, that the whole matter was beneath him: ‘There are many things about the world of the courts that I know quite a lot about. But the details of the lavatorial arrangements in our court buildings, I have to confess are something that I have never encountered and never given a moment’s thought to.’

Well, here’s a novel thought for the Lord Chief Justice: just because he would be entering a loo in the High Court wearing tights and a wig, it really doesn’t mean that his female colleagues would regard his presence as reassuring while they are engaged in their own intimate ablutions.

I do know one member of the board of a public institution who managed to prevent it from abandoning single-sex loos.

When confronted with the proposal, he asked the advocates if they had consulted those who visited this cultural centre. They had not. So he suggested that visitors be given a questionnaire asking their opinion. This did not make those pushing for ‘unisex’ very happy, but reluctantly they agreed. 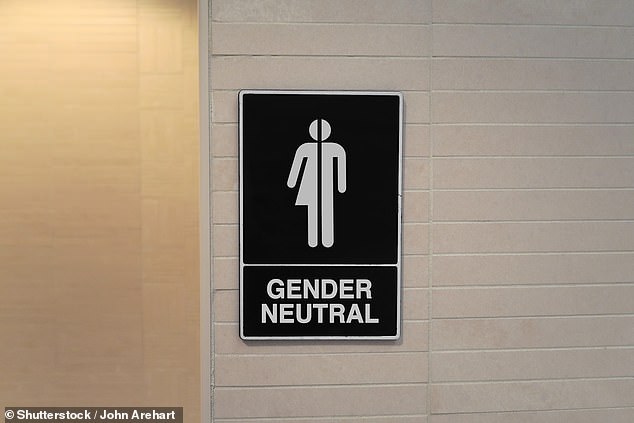 Last year, I wrote here how my wife was among countless women appalled by the drive towards solitary ‘gender neutral’ loos in public buildings (file photo)

When the results came in, it was clear that the overwhelming majority of the female visitors did not want to lose their access to a women-only loo. This was even clearer among ethnic minority female users (a fact which particularly discomfited those who were proposing the gender-neutral ‘solution’).

My own solution remains the one I put forward here last year: that our public institutions should retain segregated male and female loos, while, where space and funding allows, adding a unisex facility for those who find the traditional binary choice ideologically or psychologically unacceptable.

And if it requires an Act of Parliament to enforce this, so be it.

When the women of Britain speak with one voice, who shall deny them?

Five hours. That’s all it took for a jury to acquit a group of former Barclays Bank executives, after a trial which the Serious Fraud Office had spent seven years and an estimated £15 million preparing.

Last week’s debacle was the latest in a series of colossally expensive humiliations for the SFO (after one failure recently, it had to pay damages to the defendants). 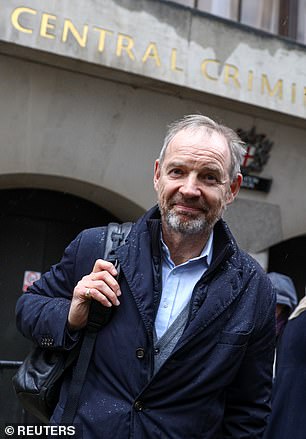 Richard Boath, now 61, was at the sharp end of the Qatari transaction, and tapes of him expressing concerns about the deal were the key to the prosecution case

But this was the highest-profile because it was the only one that related to the collapse of the British banking sector in the credit crunch of 2008. It was also the most bizarre, as the SFO had gone after the one bank which refused to take British taxpayers’ money for a bail-out.

Barclays had raised the funds in Qatar, but, according to the SFO, had done this by paying a secret ‘bung’ of over £300 m to the Qataris.

The jury decided otherwise. They might also have wondered, as many months of their lives passed in an Old Bailey courtroom, what on earth the public interest was in such a prosecution, and who the victims of this alleged crime could be?

But the SFO, uniquely, has the absolute right to decide whether a prosecution is ‘in the public interest’: and the basis for this decision is a secret unto itself.

I happened to meet one of the three defendants a few days before his acquittal. Richard Boath, now 61, was at the sharp end of the Qatari transaction, and tapes of him expressing concerns about the deal were the key to the prosecution case.

But as he explained to me, it had been cleared by Barclays’ team of in-house lawyers — none of whom the SFO chose to prosecute.

Boath looked haggard as he told me that the past seven years of investigations had had a profound impact on his health and home life, including the collapse of his marriage. He had also lost his job at Barclays, although the bank had funded his defence.

But he was admirable in his lack of self-pity. ‘People won’t feel sorry for me, as a well-off banker, and I don’t mind that at all,’ he told me.

‘What I do mind is that the SFO behaves with an arrogance and stupidity that has long needed checking.’

And what of the now departed SFO chief behind this and other failures? David Green QC was rewarded with a knighthood.