Phillips is putting a Rolex Submariner from 1955 under the hammer this weekend, as the auction house launches into its two-day Geneva XVIII sale.

The sale kicks off a week of big watch sales in the Swiss city from all the major auction houses: with Antiquorum on Sunday, Christies on Monday and Sotheby’s on Tuesday.

The first Submariners left Rolex in 1953, although it officially dropped at Baselworld in 1954. Today, it would be unthinkable for Rolex to let product out into the market without an official announcement first.

Given Rolex’s glacial pace of updating and improving its watches today, perfectly illustrated by this year’s releases, you might be forgiven for thinking that this Ref. 6536/1 was one of the first Submariners. In fact, there had already been three distinct Submariner reference numbers and a number of series variations before it arrived at the Ref. 6536/1. 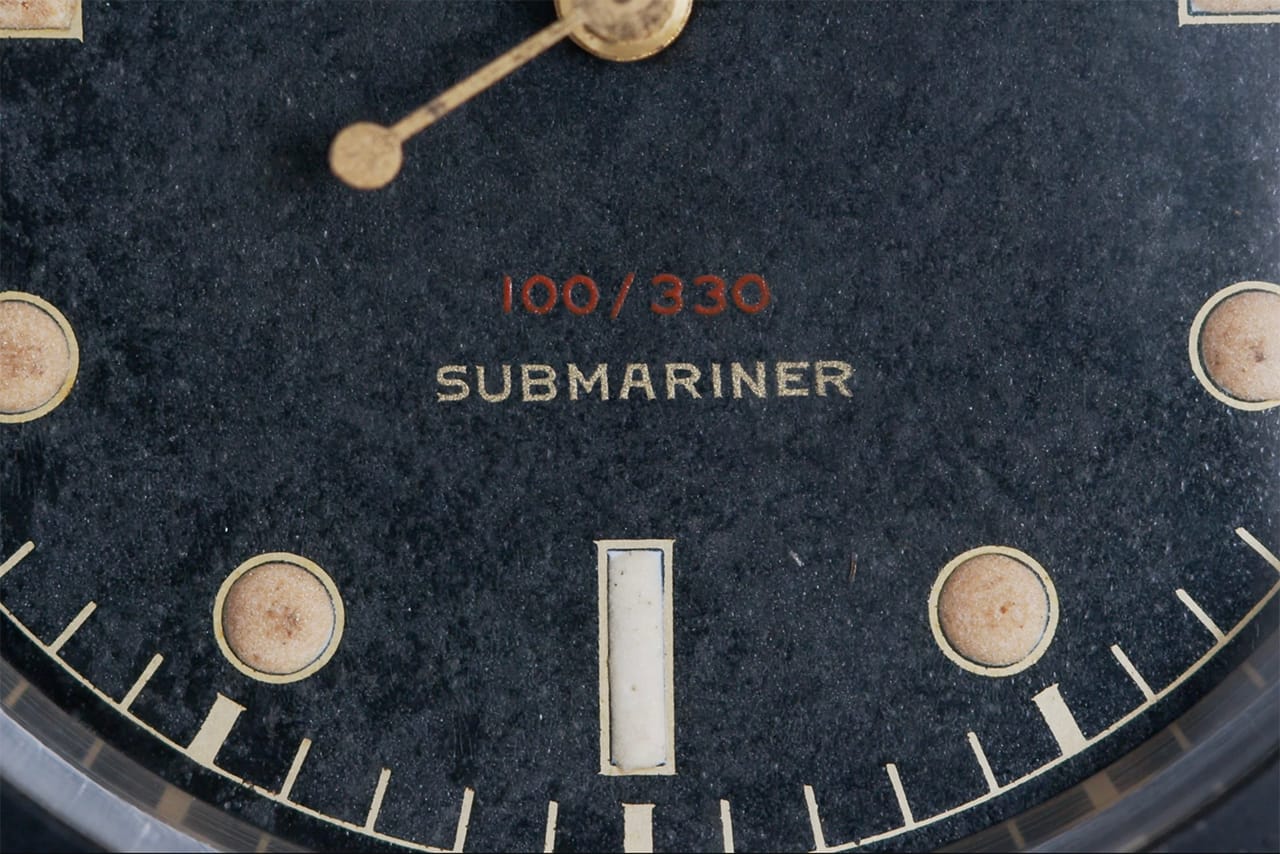 As mentioned in the video by Phillips watch specialist Tiffany To, Rolex were openly experimenting with typography and color on the Submariner dials.

The 37mm stainless steel 6536/1 was produced only during 1955 and this example, which is in exceptional condition, bears a serial number in the 112,000 range and the depth ratings in red.