Elvis Presley: A look at ‘The Archives Vault’ tour at Graceland

Elvis Presley became pretty obsessed with guns in his later life, often known to be carrying a firearm wherever he went. The King would practice his shot with his Memphis Mafia at Graceland’s firing range, located behind the mansion. However, Elvis and the gang didn’t always hit the target.

During a virtual live tour of the Graceland mansion that Express.co.uk took part in earlier this year, our expert guide showed off the shooting range.

In-house archivist Angie Marchese pointed out the target and how the space next to Vernon’s office was used for practice.

She said: “The one you see in here obviously is the target. Elvis and the guys did make this a makeshift firing range.

“The guys would stand at the back of the mansion trying to hit targets similar to this one. And if you look around the doorway, you’ll see all of these dings in the brick.” 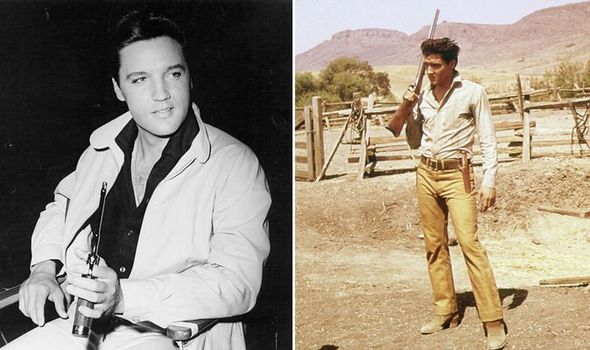 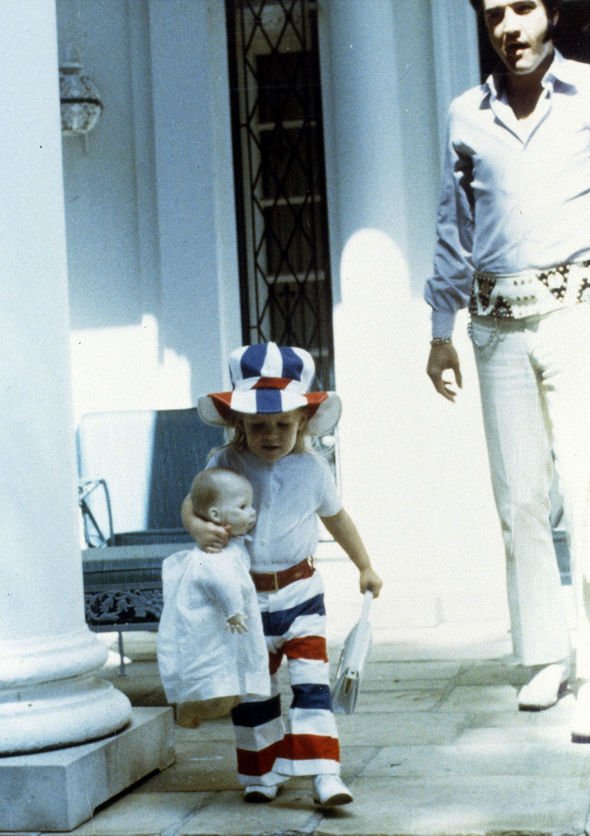 Angie shared how these misfires were cleverly covered up with paint to this day.

However, she added: “And there’s even one in the bottom of Lisa’s slide, so not even Elvis was a perfect shot!”

The Graceland archivist also showed off the TV that Elvis shot in his Palm Springs house, which is on display today.

She said: “It’s true, Robert Goulet was on TV and the actual bullet that was in the TV missed all the tubes.” 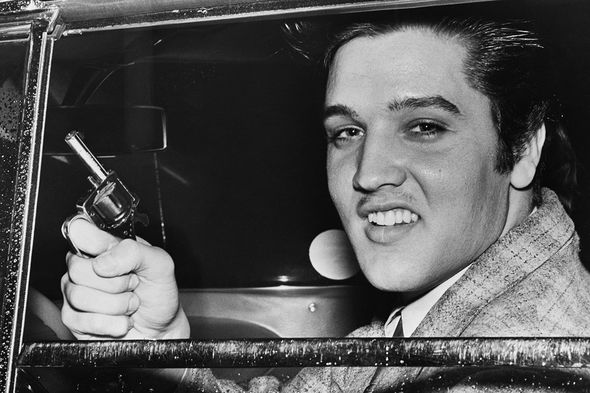 Angie added: “This TV still does work and the bullet that was inside the TV is part of the collection.

“We actually went inside to preserve this screen and epoxied it so those cracks would not spread any more.”

Goulet was an American singer and Broadway star who was actually a friend of Elvis.

Speaking with the Associated Press in 2006, Graceland spokesman Kevin Kern said: “There was nothing Elvis had against Robert Goulet. They were friends. But Elvis just shot out things on a random basis.”

Interestingly, Elvis would take a gun to bed with him when sleeping upstairs at Graceland.

Appearing on the Memphis Mafia Kid YouTube channel, the wife of The King’s cousin Billy Smith, Jo, said: “He always kept one on his nightstand,

She remembered how when they hung out in Elvis’ bedroom, The King would sometimes even joke around with the gun.

He’d reach for the weapon in jest if they said he wasn’t right about something in a conversation. She laughed: “[We’d say] oh maybe you are right!”