ENGLAND had the last laugh as they dished out revenge on arch enemy Wales.

Entertainer Eddie Jones likened the build-up to this Twickenham thriller as a silent comedy with no Warren Gatland to wind-up in the build-up. 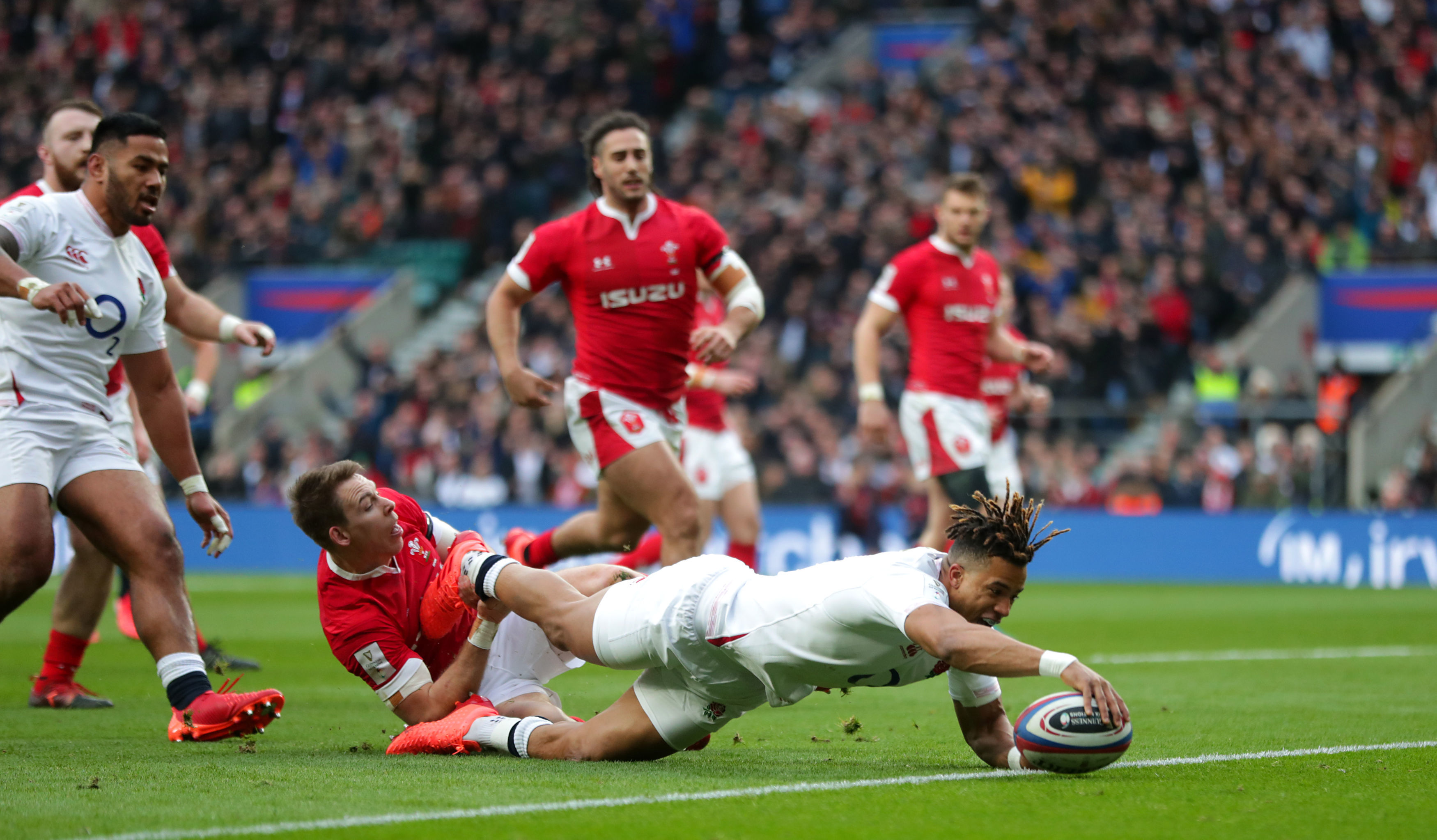 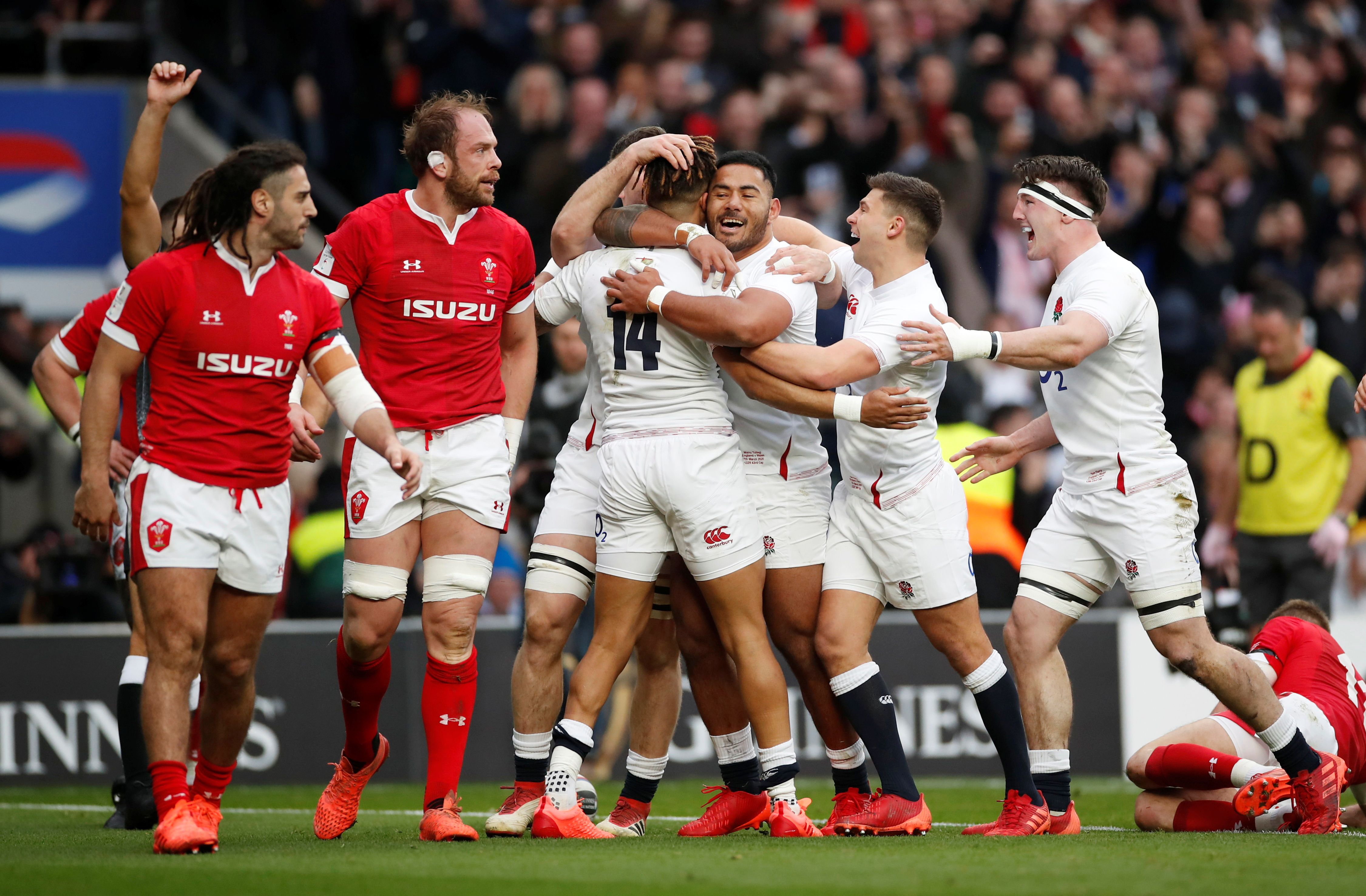 On the pitch, Jones' title hopefuls were deadly serious as tries from Anthony Watson, Elliot Daly and red-carded Manu Tuilagi piled the heat back on favourites France.

Bringing home a fifth Triple Crown of the Six Nations era is zero consolation for Jones' side, who always target the Grand Slam as the benchmark.

For now, denying Wales their first Championship win in London since 2012 means they are still in it for the overall title.

And on Sunday the whole of England will be part of a Tartan Army roaring on Scotland against undefeated France in Edinburgh.

They needed to get the job done and did just that as Aussie Jones warned Wayne Pivac's side that England owed them one after last year's heartbreaking defeat in Cardiff.

Their targeting of Lions fly-half Dan Biggar from the off was far from funny for the Northampton Saints man, though, a player who came into the game with a strapped-up knee.

Tom Curry and Tuilagi absolutely smoked him under a high ball inside the very first minute to start the ruckus.

England meant business and no one has been able to match their blistering starts here as they have roared on to win all but two of their last 25 games at home.

Even the forwards were in on the action.

After a superb run from second-row Maro Itoje England won a lineout that they struck off thanks to a clever inside pass from Ben Youngs, one game away from his England century, to Watson after four minutes.

Tomos Williams was left floundering as Watson swotted him to the deck before barging past opposite winger Liam Williams to score.

Skipper Owen Farrell converted from wide to cruise past 900 points in an England shirt at the age of just 28 on his 83rd cap.

Farrell then got involved in a typical Anglo-Welsh brawl as he pushed George North in the neck after the winger dropped the ball on the try line.

Dragons talisman Alun Wyn Jones then piled in on Itoje and Jonny May, who then failed an HIA, got stuck into Tomos Williams.

Meanwhile, Joe Marler came in to fiddle with Jones' junk… in one of the most bizarre incidents ever seen on a pitch.

After all the fighting and fiddling had finished, Leigh Halfpenny kicked a penalty to get Wales' off the mark.

Farrell then replied with his second before gifting Wales and Halfpenny another way back thanks to a high tackle from the captain and Tuilagi in front of the sticks.

Farrell then coughed up his hat-trick of penalties when he ended up being on the wrong side of the ball after tackling North. 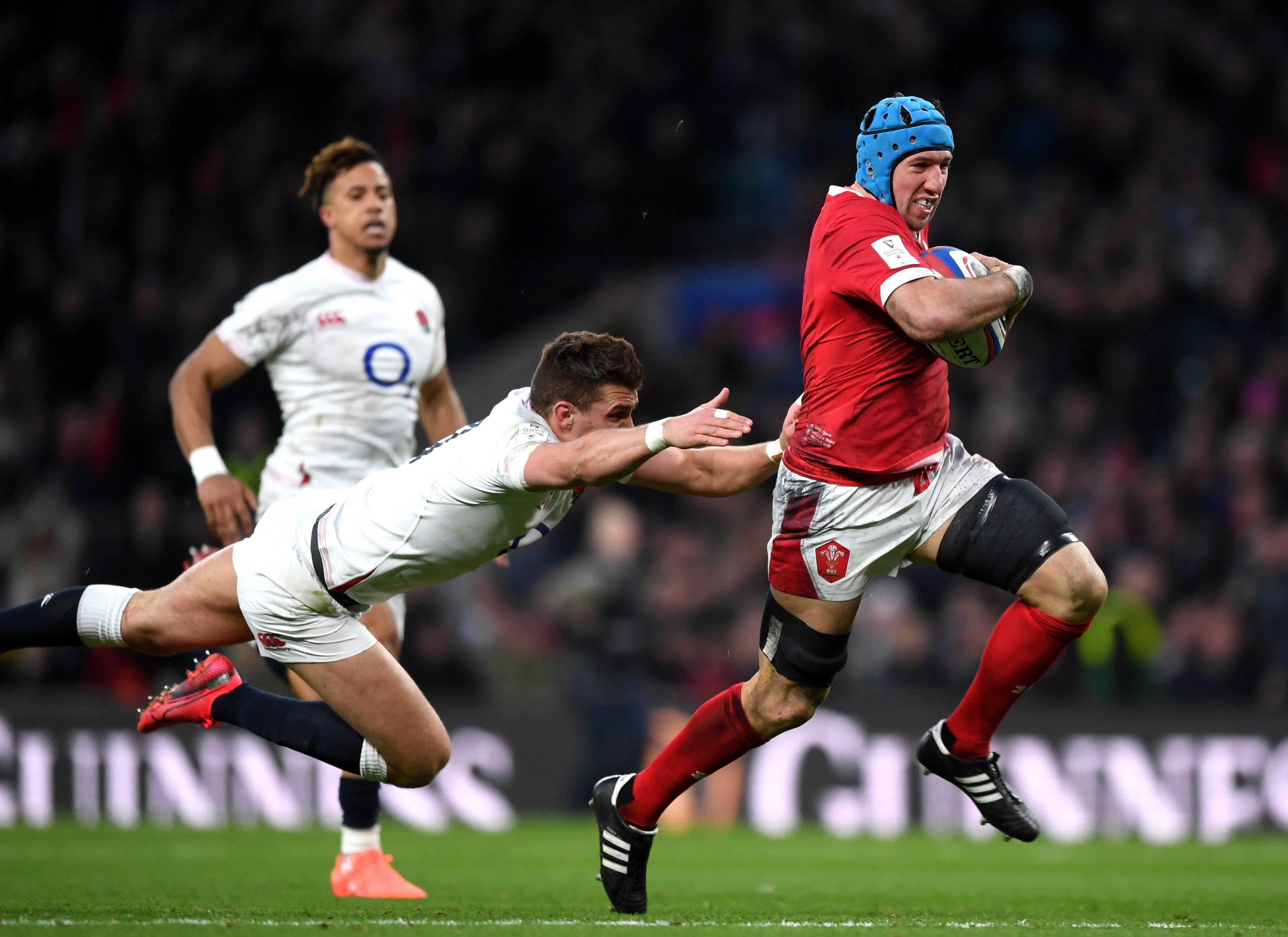 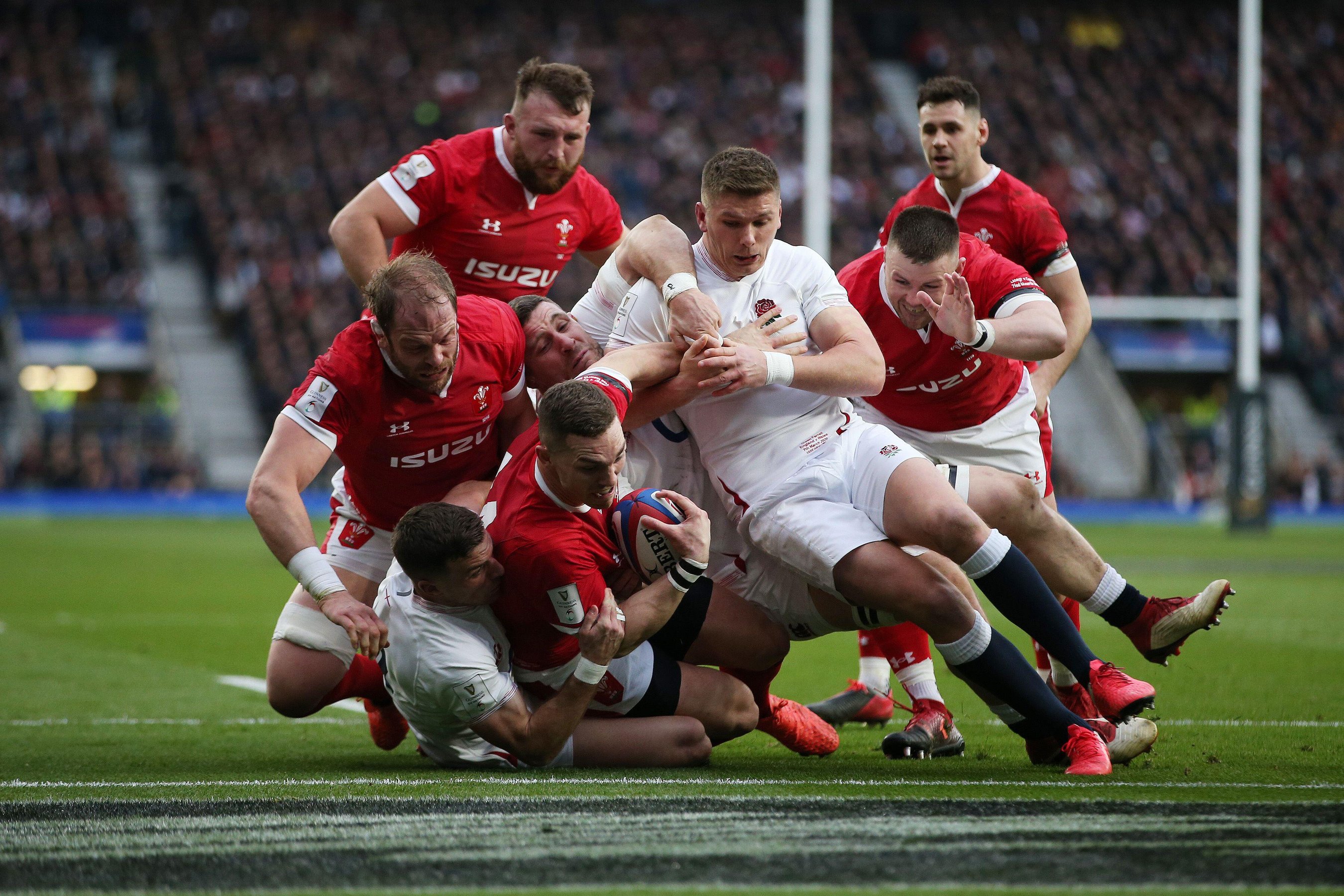 At last, Farrell was on the end of some good, though, as he took the ball off Youngs to pick out a flat pass to Ford who sent through Daly for the second train the corner to beat floundering 95-capper North.

The conversion was good and Farrell stretched the lead from 11 points to 14 with a penalty just before the break to seemingly take ultimate control.

But with the clock dead, England decided to run it and eventually shot themselves in the foot in the middle of the park allowing Biggar to add another easy three points from range.

Then, in a flash, Wales went all England as just 24 seconds into the second-half they scored.

Scarpering from their own 22 through Josh Navidi to former England under-20 Nick Tompkins, then Tomos Williams and scorer Tipuric they went from end to end in a moment of magic.

Biggar converted with the lead shaved to just four before Farrell knocked another penalty over to hit back at 23-16.

With Marler and co in the front row then sensing they only had a few more rodeos left, they pumped it up in the scrum and annihilated the weak Welsh to win a penalty.

Farrell let Ford take this one and his teammate drilled it over with ease.

England had to ride out some Wales pressure before grabbing their third thanks to Youngs' initial break.

Tuilagi was thankful for Ford's silky hands as he dotted down one of the easiest of his 18 England tries. 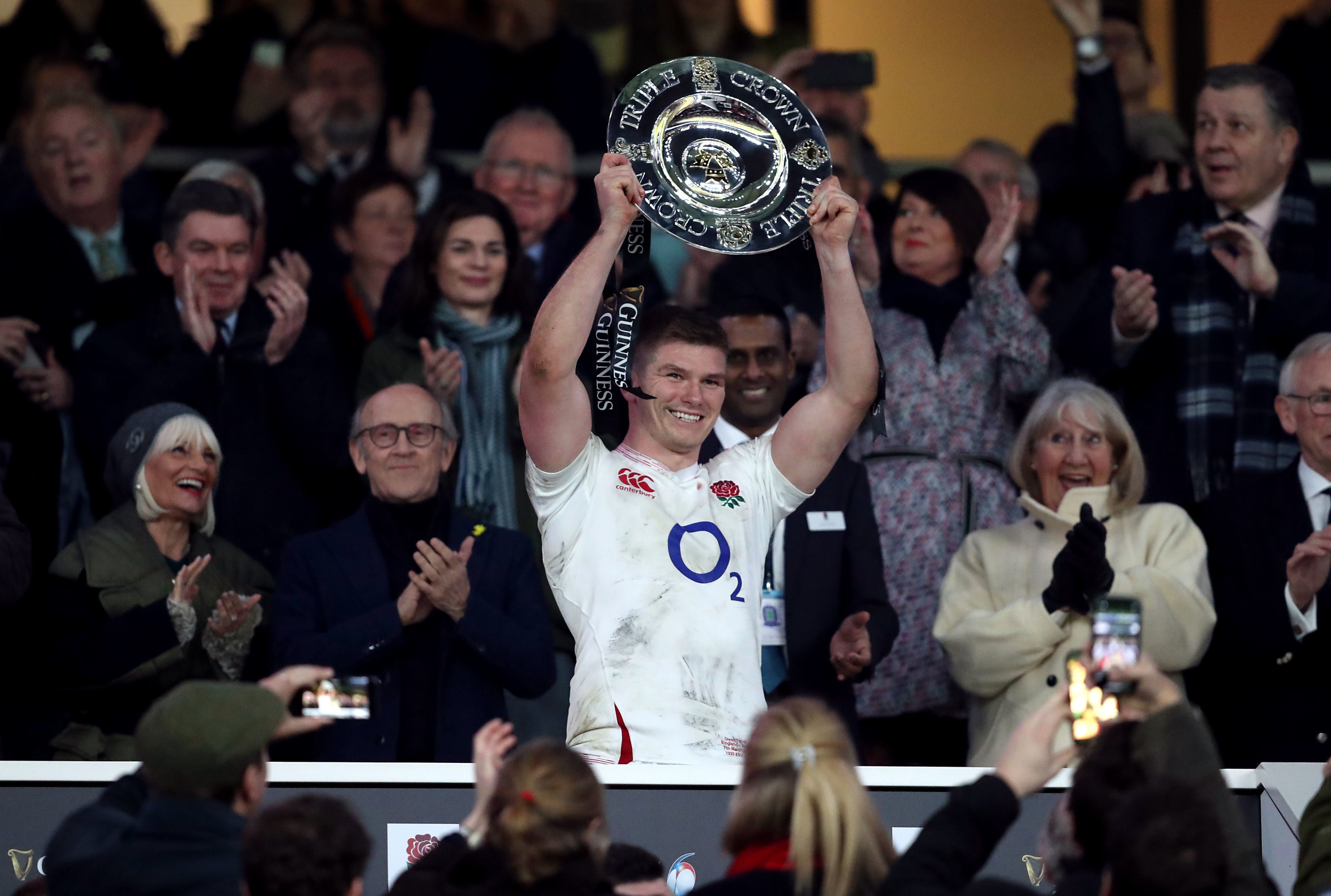 However, for another week running England couldn't score the crucial fourth try for the extra point as they ended the game with 13.

Ellis Genge was then sin-binned for lurking in and offside position before Tuilagi's red for his shoulder charge to North soured a dominant display.

Biggar then slid over for a second Wales try before converting it as they refused to roll over.

The noisy neighbours made themselves heard to the very end as Tipuric blitzed in for a third try.

Now England will be hoping that their northern rivals keep what has been a bizarre tournament for them alive.