DECLAN RICE has withdrawn from the England squad to face Albania and San Marino.

The West Ham star, 22, has pulled out due to illness. 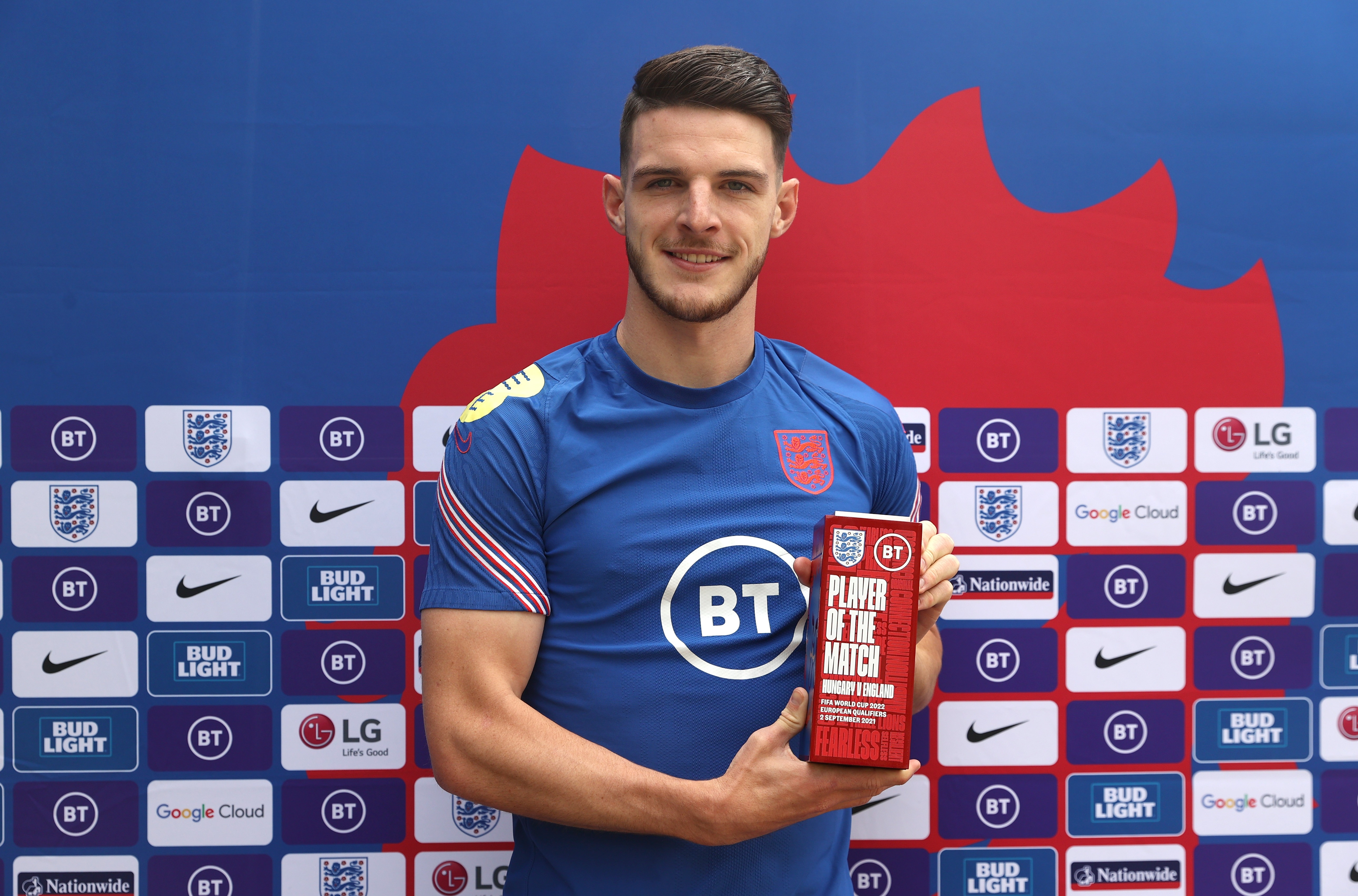 But the midfielder fell ill on Tuesday and returned home on Wednesday, though he did test positive for Covid-19.

An FA statement said: “Declan Rice has withdrawn from the England squad.

"Having been unable to train due to illness since reporting to St. George’s Park, the midfielder has returned to West Ham United and will play no part in the forthcoming FIfa World Cup qualifiers.

“No additions to the squad are planned at this moment in time. Mason Mount and Luke Shaw are still yet to link up with the group and continue to be assessed following dental surgery and concussion respectively.”

His good friend Mount is also a big doubt for the Albania match after undergoing surgery on a wisdom tooth this week.

And that means Jude Bellingham or Jordan Henderson could perform the holding role, with Gareth Southgate down to the bare bones.

Rice will now rest up over the next fortnight instead of travelling with the squad to San Marino next week.

It has been a very busy few weeks for the Hammers star, who has played in all but two West Ham matches this season.

He missed the Carabao Cup ties against the Manchester clubs but has played a key role in the Europa League.

That means he has played two games a week multiple times this season and is in need of a rest.