England beat Australia in the final of the Commonwealth Games to take home a historic gold medal in front of a home crowd on Sunday evening.

It was Holly Hunt who opened the scoring for England after picking up the ball in the middle of the D and firing it into the bottom right-hand corner.

Tess Howard, who recently recovered from an ACL injury, extended England’s lead by finding the back of the net before the half-time break. 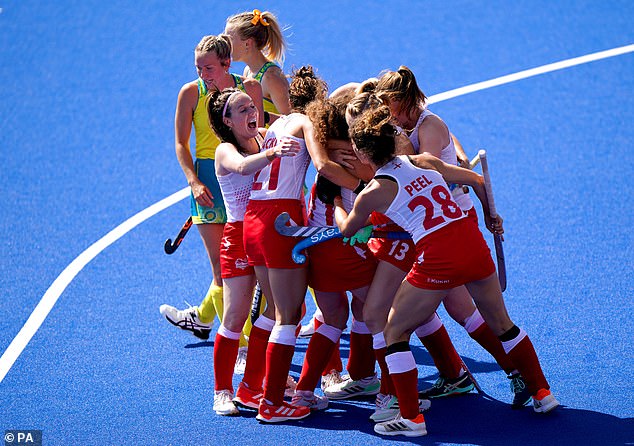 England, one place below Australia at fourth in the world rankings, came into the gold-medal match as slight underdogs, but the Hockeyroos were outthought, outfought and outplayed by tenacious hosts.

The capacity crowd at the University of Birmingham Hockey Centre lapped up every moment on a scorching afternoon, raising the decibels to record levels as the final seconds were counted down.

Australia had pedigree on their side having won four of the six Commonwealth Games editions, while England were three-time silver medallists.

The Hockeyroos were also unbeaten in eight games against England, a run stretching back to 2013.

Both sides needed shoot-outs to get through to the final, with their success at this tournament built on solid defensive foundations. 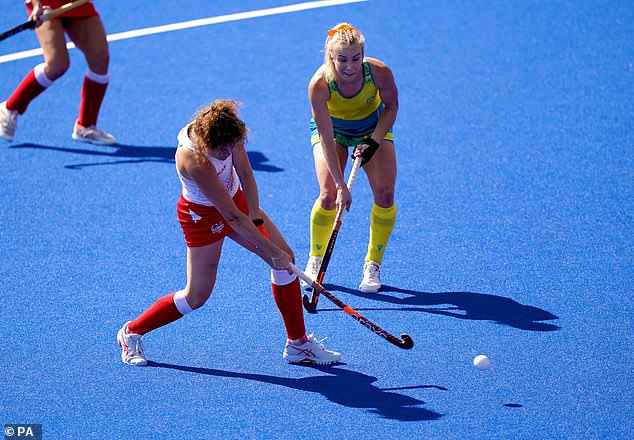 Flora Peel had the first attempt to Australia goalkeeper Aleisha Power, but the contest soon settled into a tactical battle with neither side finding any momentum.

England’s first penalty corner saw the visitors lose their video referral after Australia had claimed that the ball was played too high towards one of their players.

It was the first of a series of three England penalty corners, but Grace Balsdon could not find way a past Power.

Goalkeeper Maddie Hinch was unemployed at the other end with the semi-final shoot-out hero not touching the ball once in the first quarter. 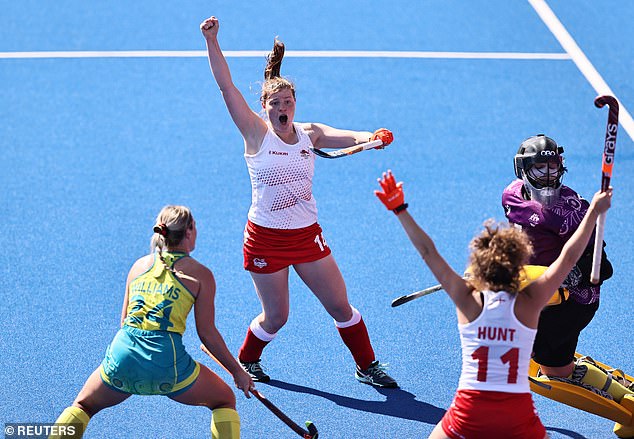 Tess Howard (middle), who recently recovered from an ACL injury, extended England’s lead by finding the back of the net before the half-time break

It was only the second goal Australia had conceded at these Games.

The third did not take long. Tess, who plays her club hockey at East Grinstead, demonstrated an exceptional level of hand-to-eye coordination to deflect Peel’s cross into the top right-hand corner of the goal.

Australia knew they had to show more attacking intent in the second half, but England were happy to drop deep and defend in numbers.

Hinch was well protected by a white-shirted wall in front of her, although she did have to punch away a ball that looped into the air and towards her goal.

Anna Toman almost put the issue beyond doubt with a penalty corner that cannoned off a post.

Hinch made her first save of note at the start of the fourth quarter to deny Hockeyroos captain Jane-Anne Claxton.

Australia turned the screw in the final moments and Hinch saved from Shanea Tonkin and Mariah Williams before Malone fired home. 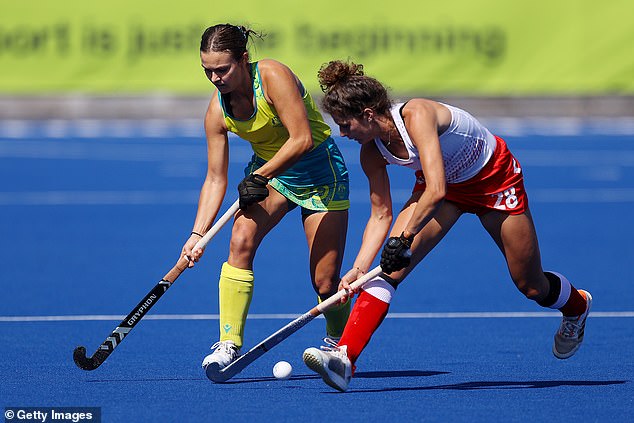 But Australia ran out of time and England’s long wait for gold was finally over.

‘It’s the first time in history we’ve ever done this. It’s a new group. I think over the next two years it’s pretty exciting when we join up with the GB squad when the Scots and the Welsh come in.

‘The crowd’s support has been absolutely phenomenal. I just feel so lucky that’s it’s in my career that we get a home Commonwealth Games.’

When asked what her immediate thoughts were after the final whistle went, Pearne-Webb added: ‘Just pure relief.

‘It was a bit of an up and down game. we played well first half, stepped off a little in the second half, absorbed a bit of pressure and got there in the end.’ 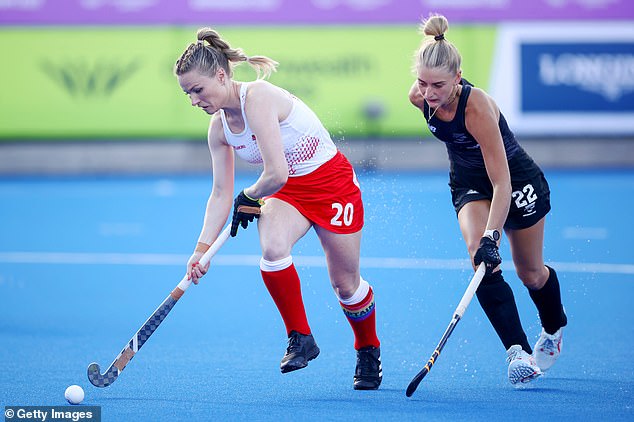 She said: ‘That’s what is so brilliant about being part of a team sport. To be able to have those moments as part of a squad.

‘You go through everything together – thick and thin. The tough times, the brilliant times – so when you have those moments together, and in front of a home crowd, they are the ones you need to cherish.

‘I have got goose-bumps watching this. They are all role models, inspiring the next generation. This is what it is about. It is about making sport cool, especially for the younger generation of young girls. 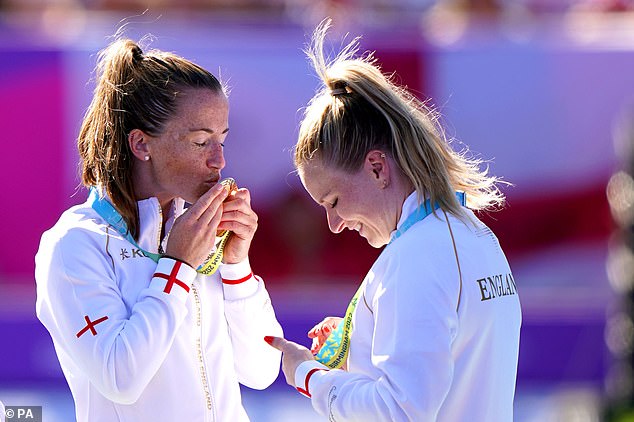 ‘It’s not about winning international medals – it is about being part of a team and enjoying the moment.’

She went on to add: ‘This win keeps the momentum going [after the Lionesses victory in the Euros] but we also see a sign from the women’s cricket and netball teams that it is OK to lose as well. We can’t win everything.

‘Give it a few years and you will start to see those other teams bounce back. We will start winning again in the cricket, hopefully, in World Cups and there is talk of T20 appearing at the Olympics.

‘It shows what sport does. It takes you from the highs to the lows – it is all character building.’