Everything We Know About Tyler, The Creator’s New Album

Arriving tomorrow, Tyler, the Creator’s highly-anticipated new album Call Me If You Get Lost was only officially announced on June 17, but the artist appears to have commenced the album’s mysterious rollout about two weeks ago. In the follow-up to 2019’s Grammy Award-winning IGOR — based around a character that dons a platinum blonde wig — it seems that Tyler’s newest release will also feature a new character, marked by his recurrent wearing of a fur cap in promotional videos and album art that depicts an ID card identifying him as “Tyler Baudelaire.”

To commemorate tomorrow’s release, we’ve followed all of the breadcrumbs the artist has dropped for a walkthrough on everything we currently know about Call Me If You Get Lost.

The album is titled Call Me If You Get Lost and the title was announced via billboard.

On June 9, fans spotted a billboard in Los Angeles with the words “CALL ME IF YOU GET LOST” alongside a phone number. The side of the billboard was also marked with the Columbia Records logo, Tyler’s label. A call to the number then played a recorded conversation between the artist and his mother, in which she expressed her love for her son. He has since shared the phone number depicted on the billboard in a tweet. Now, if you call, you’ll hear the artist rapping an excerpt of a song from the album.

The whole tracklist was just made available for preview.

The SIDE STREET teaser predicts a song called “SWEET.”

A video teaser was posted to Tyler’s YouTube and Instagram on June 14 and shows the artist making out with a woman while leaning against a pink sports car. Set to soft piano music, Odd Future member Taco appears, seemingly in a relationship with the woman, and asks her who Tyler is. The Instagram caption for the teaser reads “10. SWEET,” which had foreshadowed the tenth track on the album featuring Brent Faiyaz and Fana Hues.

We’ve heard the “LUMBERJACK” single and have seen the video.

As the first official release for the album, Tyler dropped “LUMBERJACK” on June 16. The single opens with a narration, and then dives into the artist rapping over a sample of Gravediggaz’ “2 Cups of Blood.” In the video, Tyler stands among the mountains in the wind next to what appears to be a version of himself as an old man.

The same day, journalist Andrew Barber tweeted: “I would love for Tyler to drop a Gangsta Grillz tape with DJ Drama,” to which Drama replied with a sunglass-wearing smiling emoji. So while there’s no word from Tyler on this specifically, there may be yet another project in the works. In the meantime, Drama appears on the first song on the album “SIR BAUDELAIRE.”

Then came the WUSYANAME teaser.

In a similar fashion to SIDE STREET, Tyler dropped the WUSYANAME teaser on June 22, paired with an Instagram caption that forecasted a single located fourth on the album entitled “WusYaName,” which features YoungBoy Never Broke Again and Ty Dolla $ign. The visual shows Tyler unsuccessfully trying to catch the name of the same woman from the SIDE STREET teaser.

The rapper fails at ordering dinner in the Brown Sugar Salmon skit.

On Wednesday, June 23, Tyler released a skit in which he attempts to order dinner to no avail. Referred to by waiters as “Mr. Baudelaire,” the famished character grows increasingly frustrated over the course of the skit as the kitchen is all out of the only two dishes on the menu, “braised bohemian beef” and the nominal salmon. It concludes with Baudelaire holding his head in his hands and being offered some complementary yogurt.

The album’s character ‘Tyler Baudelaire’ is a world traveler.

Tyler’s Twitter bio simply reads “baudelaire” and posits his location in Italy as “somewhere in capri, tiny boat.” On June 17, he shared the art for the album via Twitter: an ID card that grants the fur cap-wearing Tyler Baudelaire permission to travel, and noted that the card-holder “wrote, composed, and arranged all songs within the attached record.” Tyler’s new moniker also shares the name of (and may be a nod to) the well-traveled French poet Charles Baudelaire.

CMIYGL merch is already on sale.

Tyler has put out a series of album merchandise on his Golf Wang website, including pastel-colored t-shirts with a graphic of the album’s name and the Tyler Baudelaire ID card, along with box sets up for pre-purchase that contain a CD, a poster, a T-shirt, and a commemorative box.

Fans have their own CMIYGL theories. 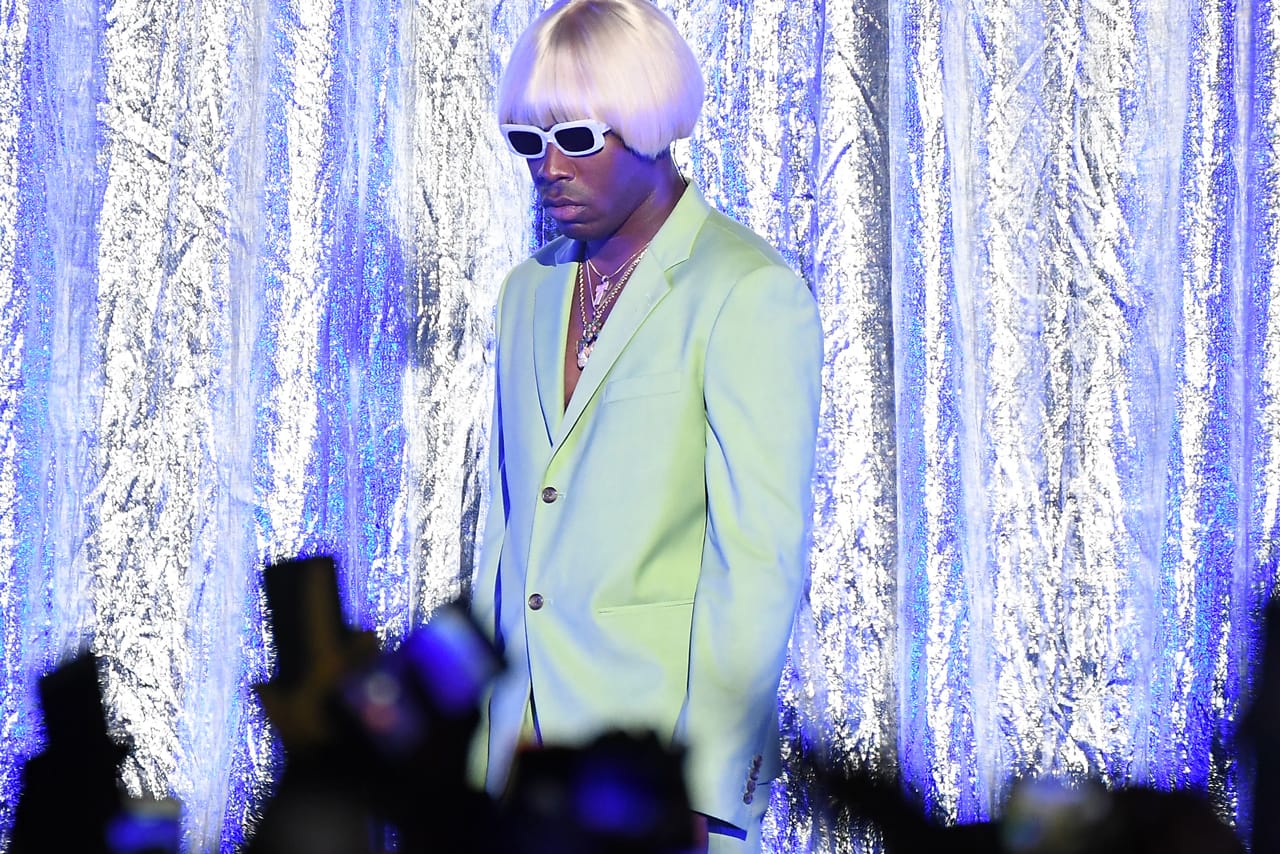 Fans have taken to social media to share their own ideas on the upcoming album. One Redd user conceptualized the new album as a continuation of the IGOR storyline. “He’s moved on from the boy he was in love with in Igor,” the user wrote. “Now, he’s interested in a girl, but she’s already with someone (played by Taco). Instead of threatening her and going crazy like he did in IGOR, he takes a more passive approach.” The hypothetical narrative follows that when the boyfriend discovers the affair, “Tyler flees the country under the name ‘Tyler Baudelaire’ and tries to live undercover.” While there’s been no official word on the validity of this theory, it would make for an exciting continuation of the former character’s storyline.

Call Me If You Get Lost is out June 25 at midnight on all streaming platforms.

In other music news, we ranked all of Tyler, the Creator’s studio albums.
Source: Read Full Article