Sheryl Sandberg has claimed women are not succeeding in the workplace due to likability, which prevents them climbing through the ranks.

The mother-of-two, 50, told The Sunday Times Magazine she felt women were more likely to be branded ‘difficult’ for taking on more responsibility, while a male counter-part may more naturally be seen as a leader.

Sheryl, who is currently engaged to partner Tom Bernthal following the death of her husband Dave Goldberg in 2015, also argued married women are able to make ‘stronger points’ and be ‘more assertive’ at work because they’re not trying to be liked within the ‘dating market’ of a company.

She argued: ‘If you can care less about being liked, you can be more assertive and get ahead.’ 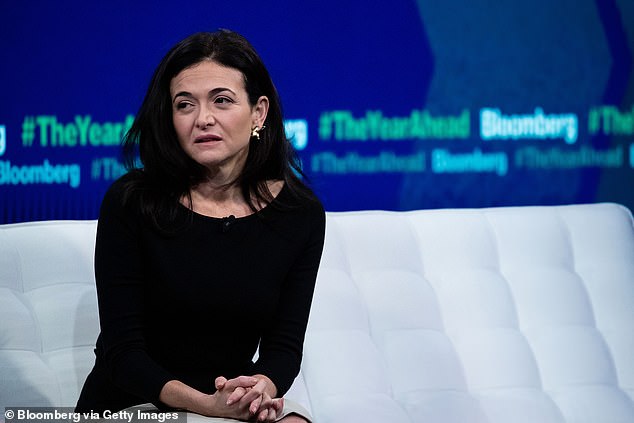 She explained that studies show that as men progressed in their career, they are perceived as more likable by men and women, whereas the opposite is true for women.

Sheryl said: ‘If women can’t hold people to account without being seen as difficult or a nag, then as a women you can’t run teams effectively.’

She said she often sees scenarios where a woman has been described as ‘yelling’ if she doesn’t have good manners.

Meanwhile she said that for a man to be described in the same way, he woudl have to ‘scream and throw things.’ 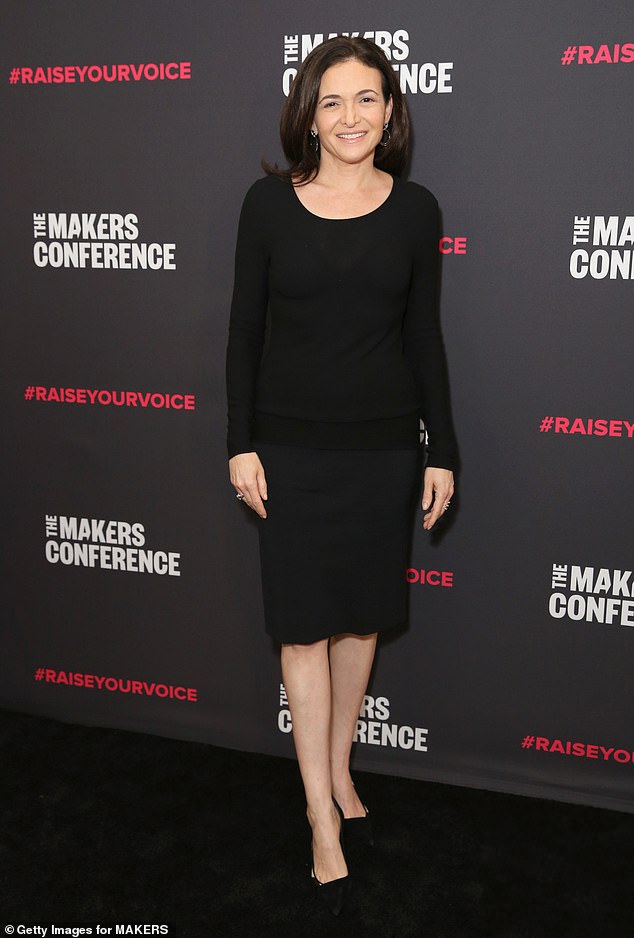 Sheryl, who works as Facebook’s Chief Operations Officer in Silicon Valley, also argued that married women are able to be ‘more assertive’ at work because they may not care about being ‘liked’ within the ‘dating market’ of the office

She also argued that women are more likely to be perceived as controlling and difficult if they give staff specific instructions.

Sheryl pointed to a study from ‘a leading business school’ which suggested women who are married do much better than single women because they’re more likely to speak up and make strong arguments which others may or may not disagree with.

She said married women may be more likely to make ‘stronger points’ while those who are single are ‘within the dating market’ of the class and therefore may care more about being liked and not be as assertive with arguments.

Sheryl, who has two children with late husband Dave Goldberg, said women should be taught not to care about what people think of them. 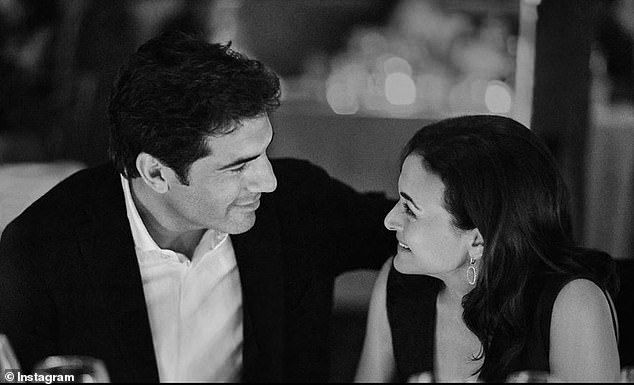 Sheryl, who is currently engaged to partner Tom Bernthal, also said that women who are single may be ‘less likely to be assertive and make strong arguments at work because they’re part of a ‘dating market’

She went on to say that leadership was about making unpopular decisions, and added men were more likely to be okay with making tough choices because, they grew more popular with them than women.

The COO added that the bias was ‘insidious,’ and caused a vicious circle to take place, where women could not be assertive as a leader and liked at the same time, making it difficult to run a team.

She said the key to shifting the tide was more education at home and in school, as well as more positive messages about female ambition.