Femail makes Baileys at home for £5

Can you REALLY recreate Baileys in your kitchen for £5? Femail tries viral recipe for homemade Irish cream to find out if it’s worth the effort

A mother has sent the internet into meltdown after sharing the recipe she uses to make her very own Baileys at home – for just £5 a bottle.

Kristi Carver, 41, from Carlisle, Cumbria, has been making her own version of the Irish cream liqueur drink every Christmas for years, and recently decided to share her secret recipe on Facebook.

The mother-of-one creates her own version of Baileys with change from £5 – a fraction of the £15 that the original bottle sells for in supermarkets, using six ingredients including eggs and condensed milk.

Inspired by the civil servant, FEMAIL’s Bridie Person-Jones tested the £5 six-ingredient recipe for herself…

FEMAIL tries the recipe for £5 six-ingredient Baileys at home

Blend all of the following ingredients together until smooth:

Serve over ice and store the rest in a sterilised glass bottle in the fridge for up to a week.

I love a good Baileys, although I only really drink it at Christmas unless it’s in a dessert, and I am a huge fan of their iced coffee and will guzzle it on any occasion where a tinned cocktails is an appropriate beverage.

I thought I’d give this a go because it looked so easy, and I always want an excuse to use my blender I spent too much money on.

It was extremely easy to whip up and was ready in seconds, and I already had all the ingredients in the back of my cupboard. 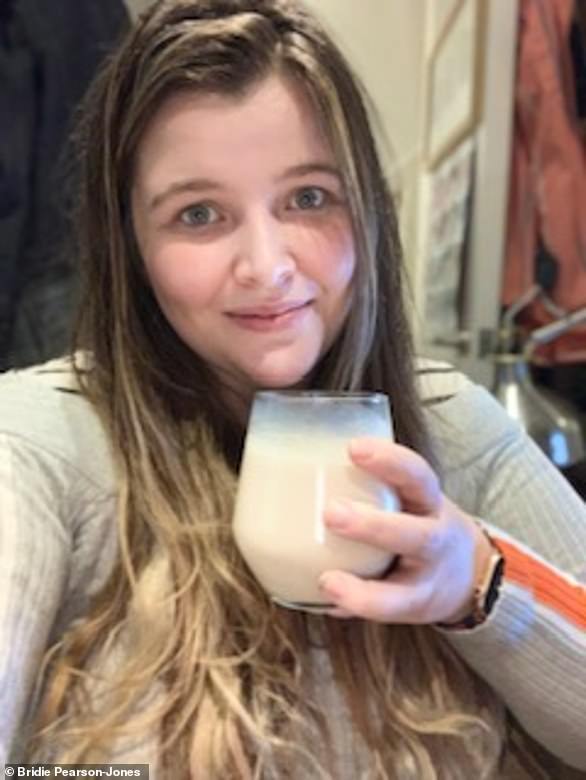 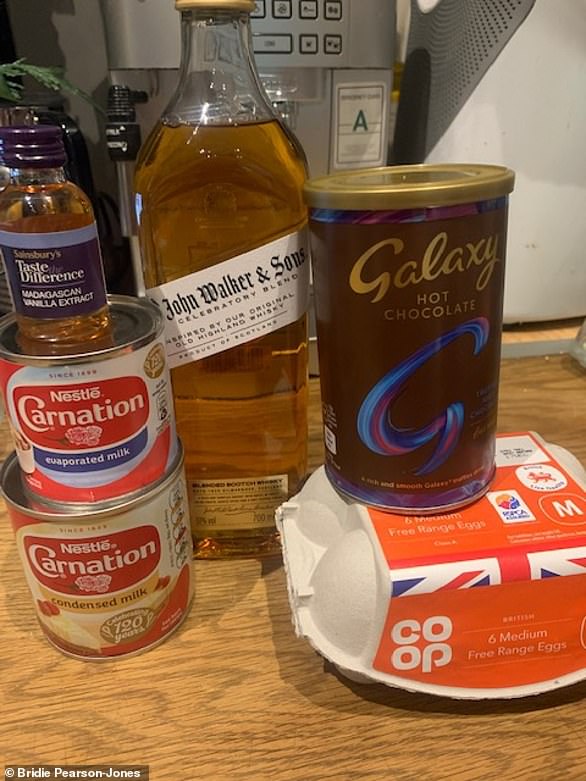 Initially I was impressed by the ease, and speed, of the recipe, but the result is incredibly sweet – hurt your throat sickly sweet.

I first made it without any whisky, to try the alcohol free version before adding some Johnnie Walker to the mix.

Adding the whiskey takes away some of the sweetness – and it certainly reminded me of Baileys, but the texture was a lot thicker and it wasn’t as smooth as Baileys.

It’s as much like a White Russian or Eggnog as an Irish Cream, but still a very drinkable shake for the festive period. 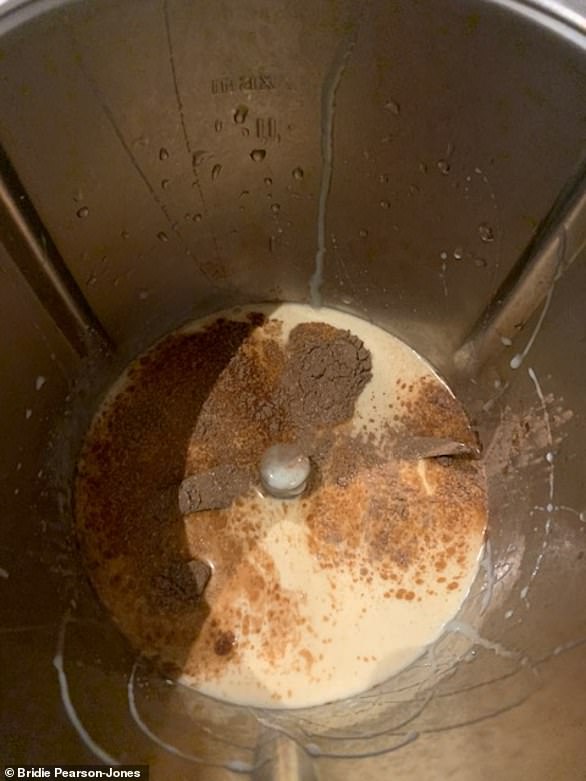 If I were to make it again I’d go for coffee instead of hot chocolate (I didn’t have any instant coffee or I would have opted for that this time). And I think I’d use just evaporated milk instead of condensed milk, because it certainly doesn’t need that extra sweetness.

If you’re trying to make an authentic Irish Cream too, probably better to opt for an Irish Whiskey rather than scotch.

Blends tend to mix in cocktails better than single malts, so something like Jameson’s would be perfect.

One of the perks of the recipe is that it’s very adaptable, Nestle Carnation recently launched a vegan condensed milk which is made from rice and oat milk and is indistinguishable from the real thing, so those on plant-based diets can make it too. 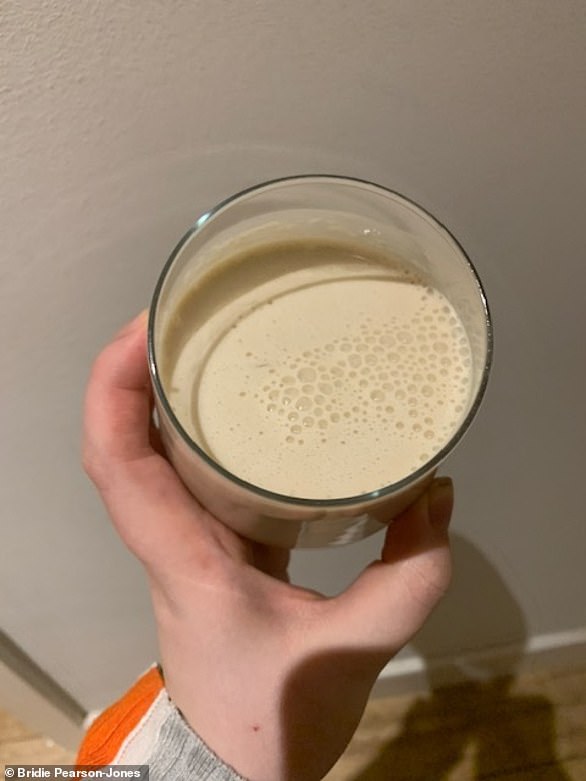 It  would be very easy to add different spirits and flavours to make it to your own taste and easy to remove the alcohol for people who don’t drink.

I’d like to try a version with some cinnamon and winter spice, and it would even be nice warmed up.

It’s also very cheap to make a lot and could easily be bottled up as great stocking filler – or to be passed around on Christmas Eve or to sip on in front of the Queen’s Speech.

I wouldn’t make the recipe verbatim again, but it’s certainly something I could experiment with over Christmas – I can already picture my sister pouring some Welsh toffee vodka into it as a Boxing Day tipple.

Blend all of the following ingredients together until smooth:

Serve over ice and store the rest in a sterilised glass bottle in the fridge for up to a week. 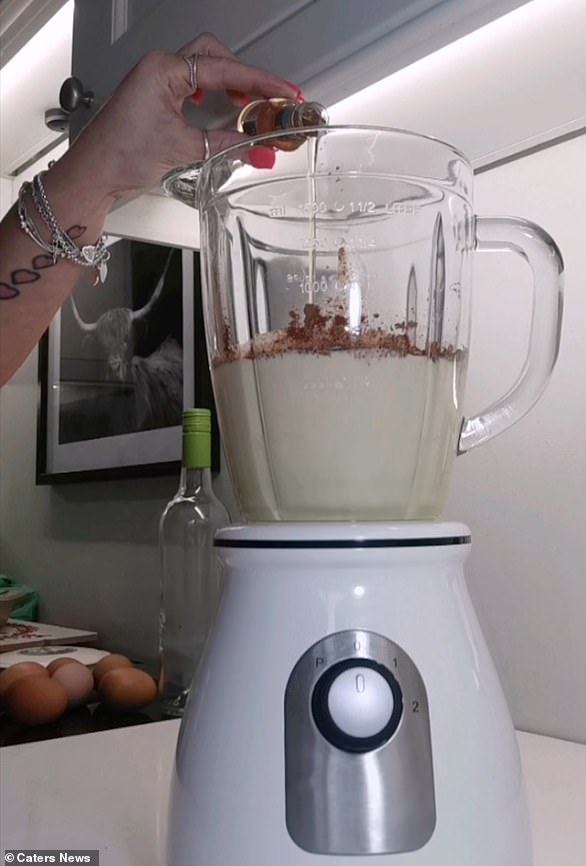 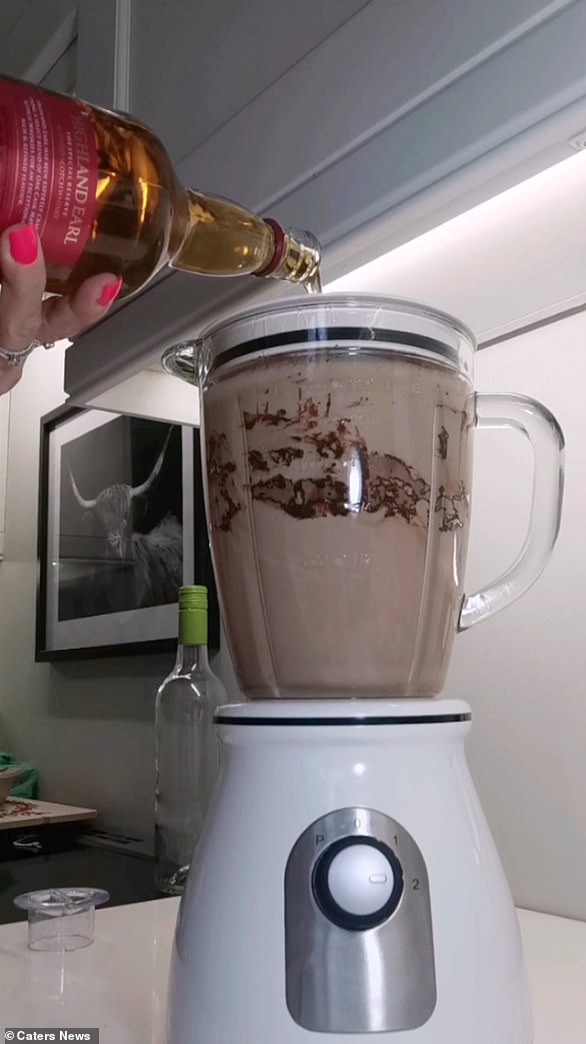 Using just six ingredients and a blender, Kristi produces two bottles of the Baileys-like drink for £10 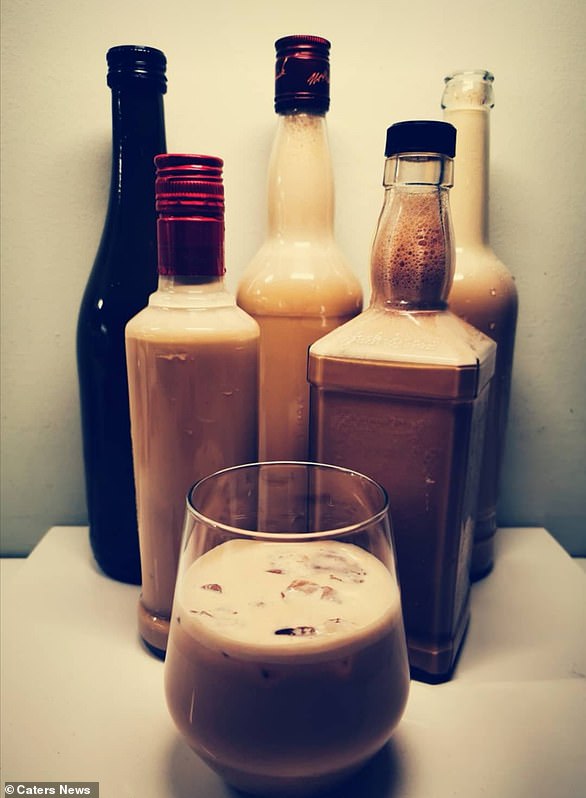 On her original Facebook post in the Extreme Couponing and Bargains UK group, Kristi said that her own version is good for up to 10 days after making it if it is kept in the fridge 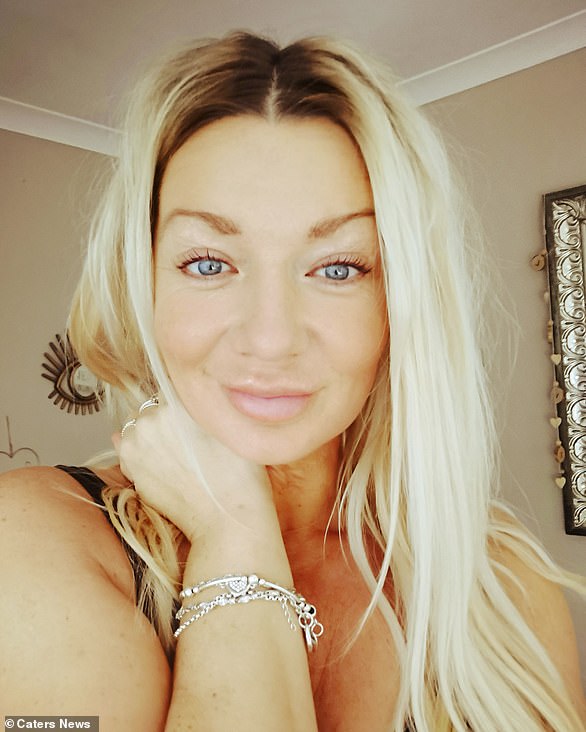 Kristi (pictured) also said that for extra flavour, you could add mint or orange essence in place of the vanilla that she used