AS seen on screen, a new book is comes out this week giving you a behind-the-scenes look at the UK’s most filmed places cared for by the National Trust. National Trust on Screen gives a colourful insight into what happens when stars of both silver and small screens come calling to film at locations all over England’s green and pleasant land.

HELEN CRAWFORD picks our top hotspots where the likes of Harry Potter cast their spell to make movie magic, Downton’s upstairs and downstairs gang filmed the smash hit drama and more. And we’ve got suggestions on how you can stay onsite to experience the glamour on a A-lister break. 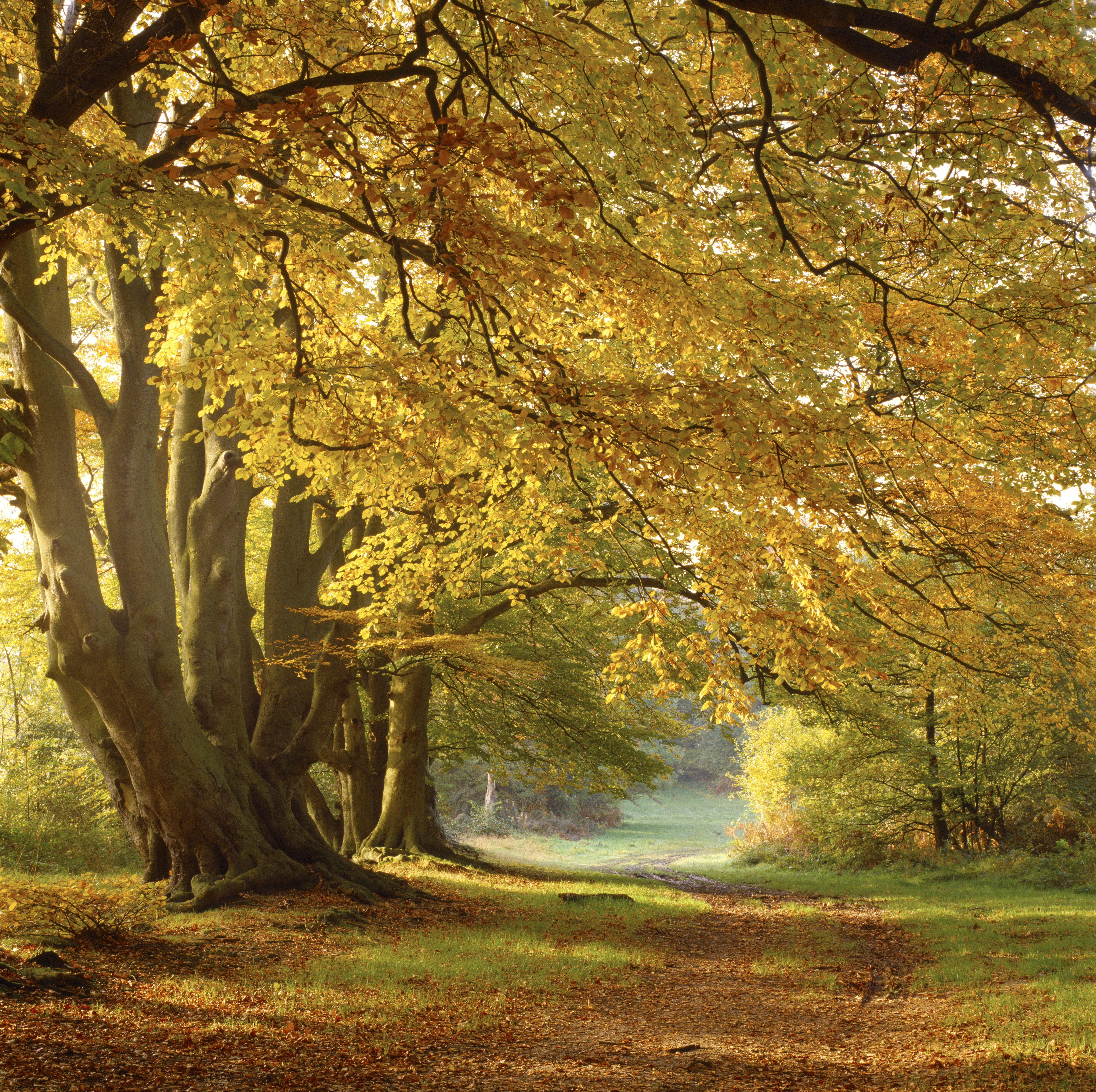 OF all the National Trust gems, Ashridge Estate has enticed the greatest number of film crews. Harry Potter, Maleficent, Stardust and Killing Eve have been among the big-name productions.

The 5,000-acre site has proved a master in conjuring up wonderful settings. At the drop of a magician’s hat, it enabled workers to convert Ivinghoe Beacon into the spot where Harry and friends find a portkey.

Stay on site at Chilterns Bunkhouse. Sleeps 16 plus two dogs. From £440 for two nights, £13.75pppn. Book at nationaltrust.org.uk/holidays 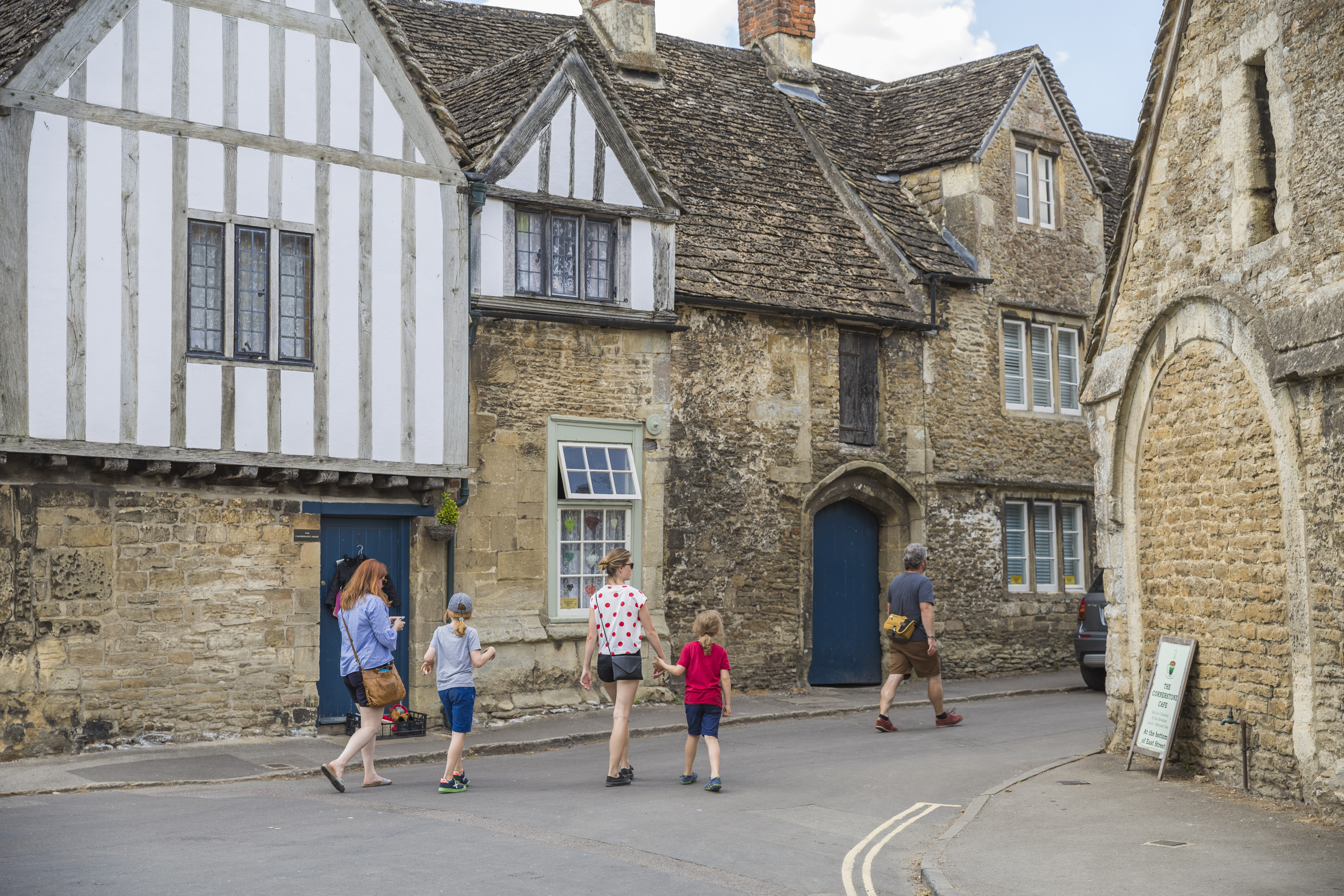 The trust took great pride in welcoming the dashing Mr Darcy to Lacock Abbey for BBC’s Pride and Prejudice. And it was with open arms that the cast of Downton Abbey were also greeted to the quaint village for both TV and film productions.

With its timber-framed cottages barely changing in 300 years, there are no satellite dishes for film crews to get their bonnets in a bother about. Lacock looks set to continue doing lavish and lace for centuries to come. 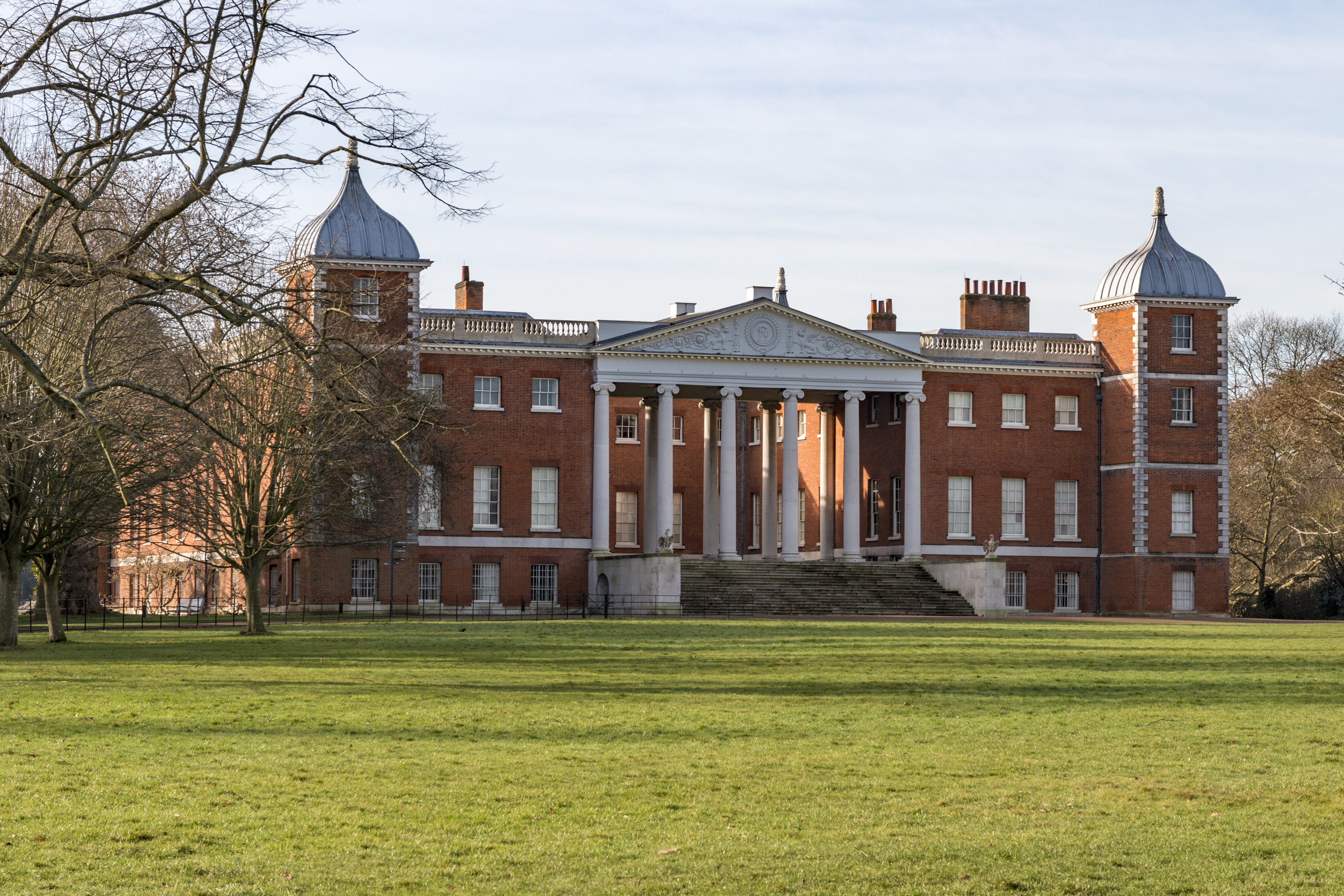 Leafy and blessed with lakes, Osterley Park and House has flourished as a perennial favourite for filming since Cary Grant’s 1960 classic The Grass is Greener. On the fringes of West London, It has been the lush backdrop for everything from The Secret Garden and Miss Potter to The Crown and Great Expectations.

On a more shadowy note, the interior of the Georgian mansion was the setting for scenes in the 2012 Batman film The Dark Knight Rises. 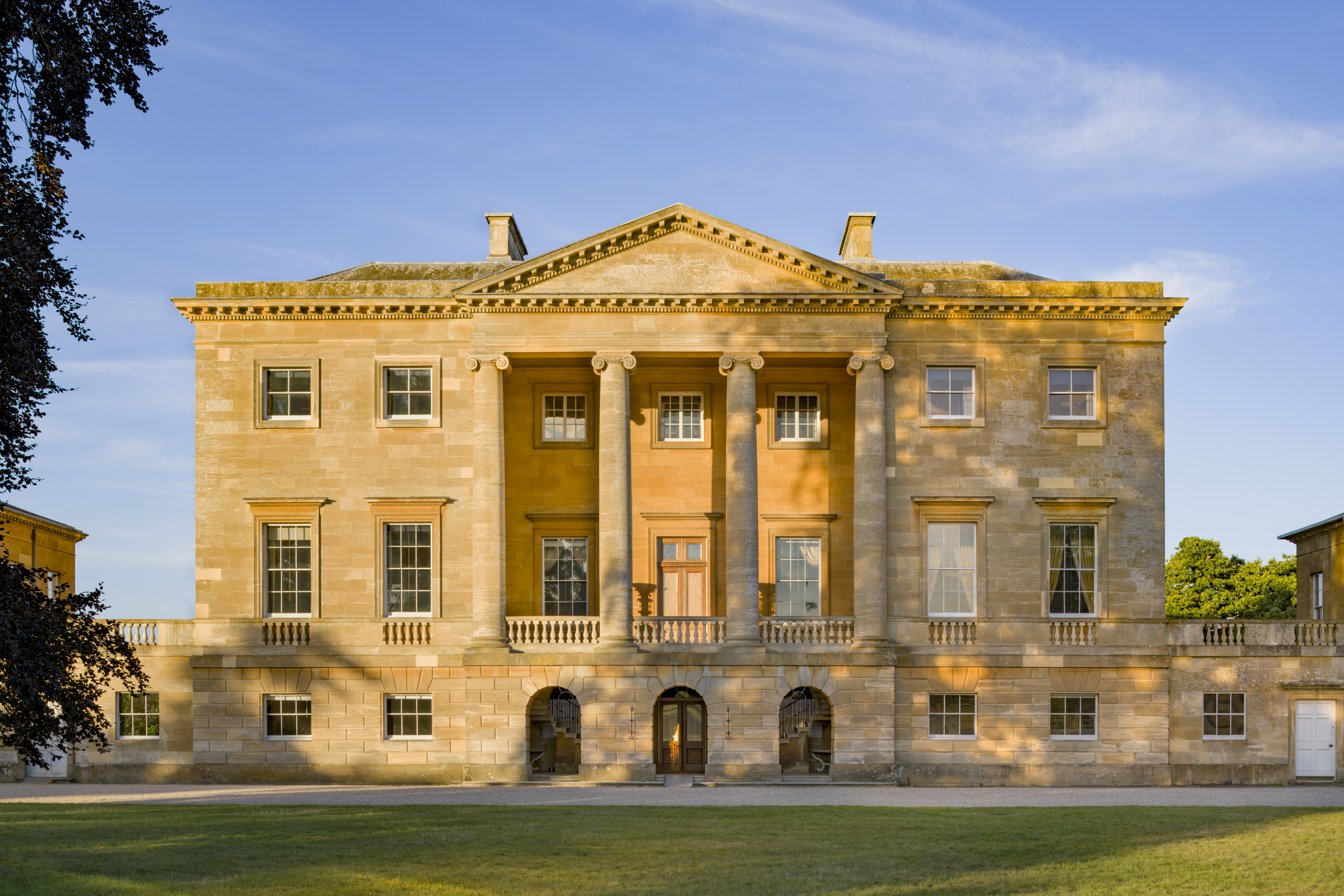 THIS graceful residence provided the oh-so-enchanting spot for dancing in Downton Abbey and prancing in Pride and Prejudice.

Perched elegantly within 400 acres of parkland, the 18th century manor house was the classic location choice for the shooting of scenes where first impressions count. Take a stately stroll around this home restored in the 1950s, which has since proved a most civilised site for other period dramas. 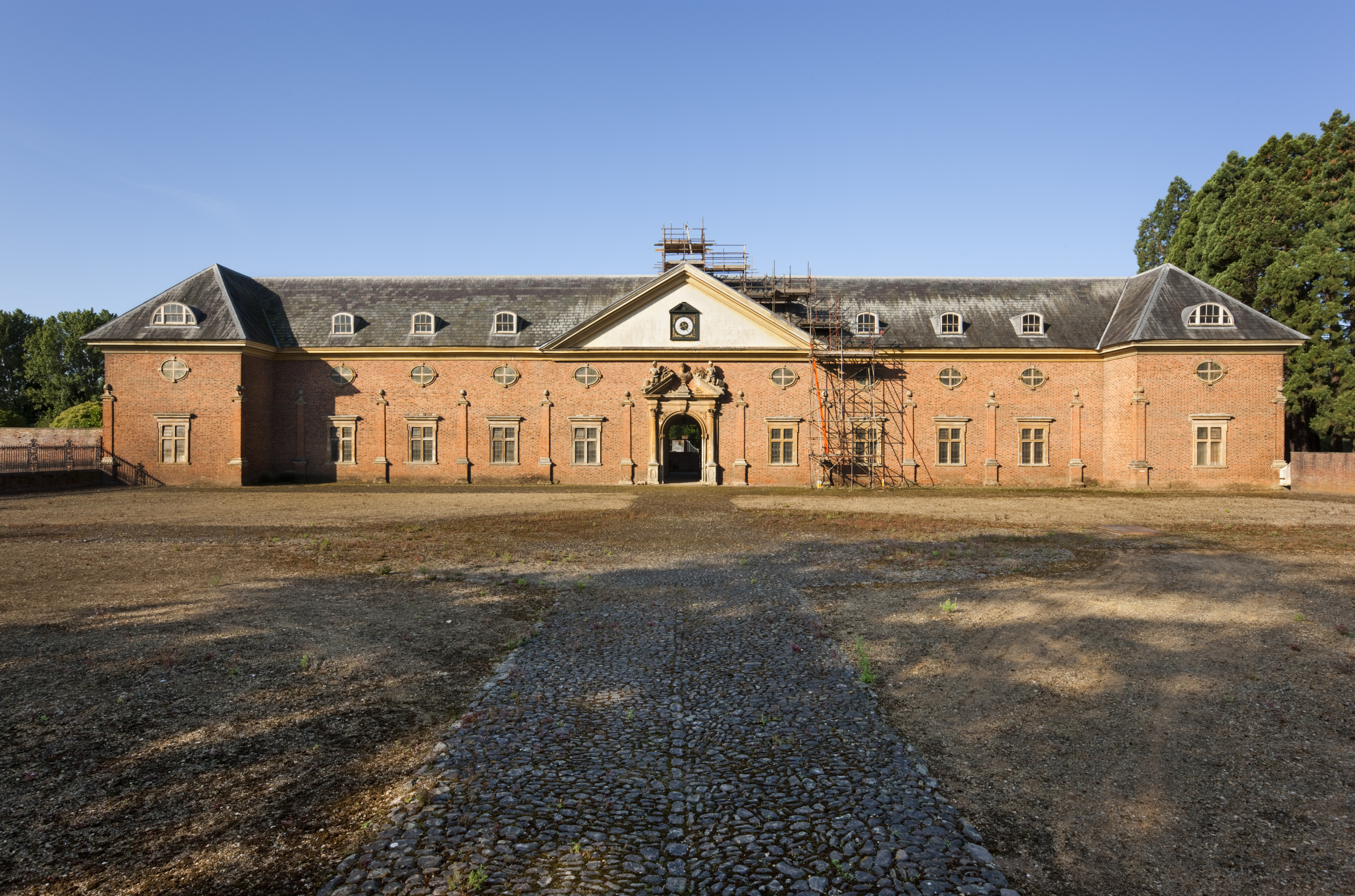 Unlike the Tardis, Tredegar House with its wealth of dazzling rooms, is just as huge and impressive on the outside as it is on the inside. So much so that this splendid 17th century pile has been the time-travelling destination for no fewer than 11 episodes of Doctor Who.

Standing in 89 acres, the restoration house was the ancestral home of one of Wales’s greatest families for 500 years. Providing a window through time, it was an elementary location choice for filming of BBC’s Sherlock. 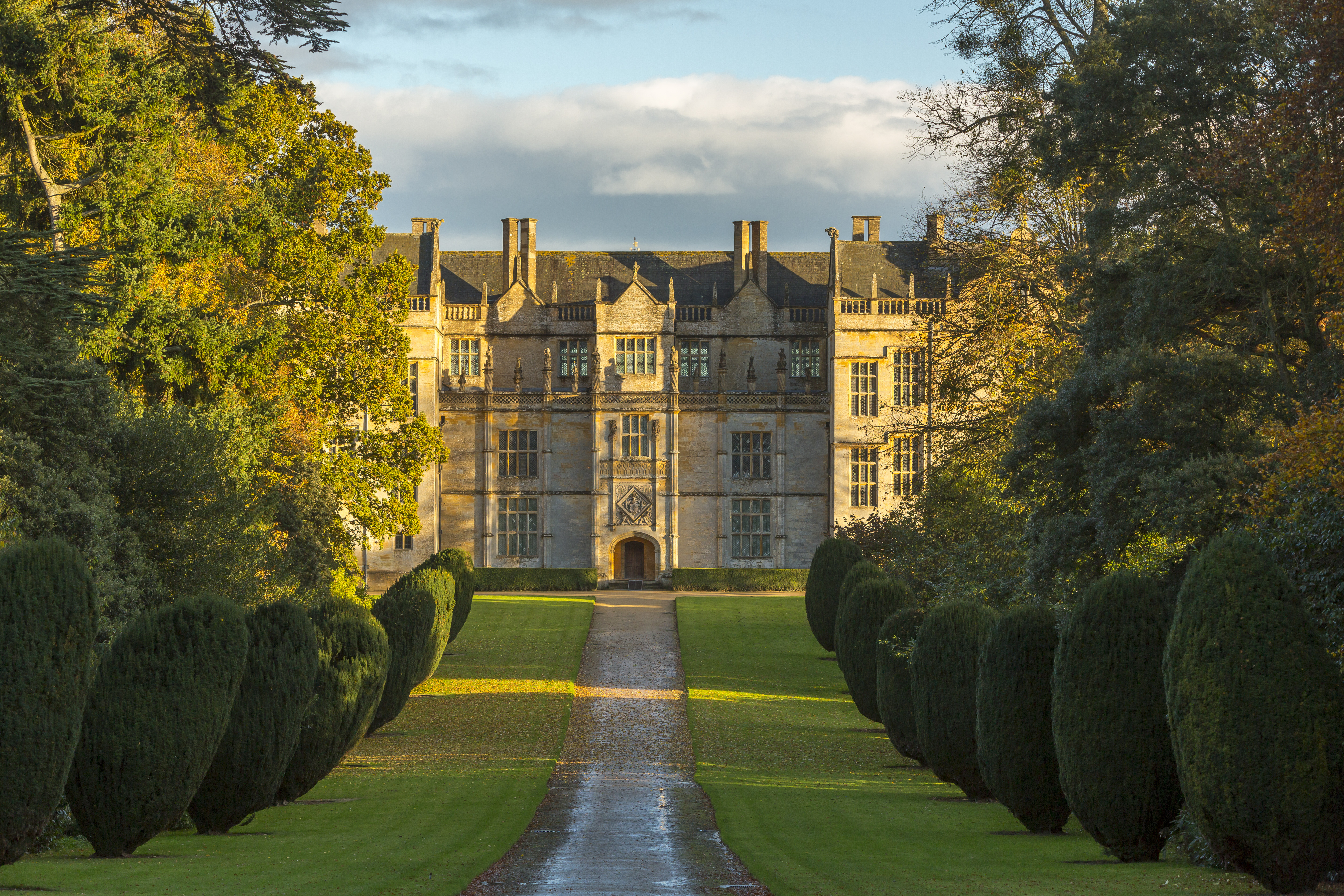 DON’T be put off by the fact that poor old Johnny Depp took his last breath as John Wilmot in one of the bedrooms here when filming The Libertine. Nor should visitors be spooked that the very same chamber was also the ghostly spot where nightmares haunted Damian Lewis in Wolf Hall.

A masterpiece of Elizabethan Renaissance architecture, Montacute House glories in the grandest of grounds. So grand in fact, that its tree-lined driveway welcomed Alan Rickman charging down it on a great black horse in Sense and Sensibility.

The 16th century mansion with its imposing walls of glass was also a towering inspiration for Tottington Hall in Wallace and Gromit: The Curse of the Were Rabbit.

Stay on site at South Lodge. Sleeps six plus two dogs. From £413 for two nights, £34.50 pppn. Book at nationaltrust.org.uk/holidays. 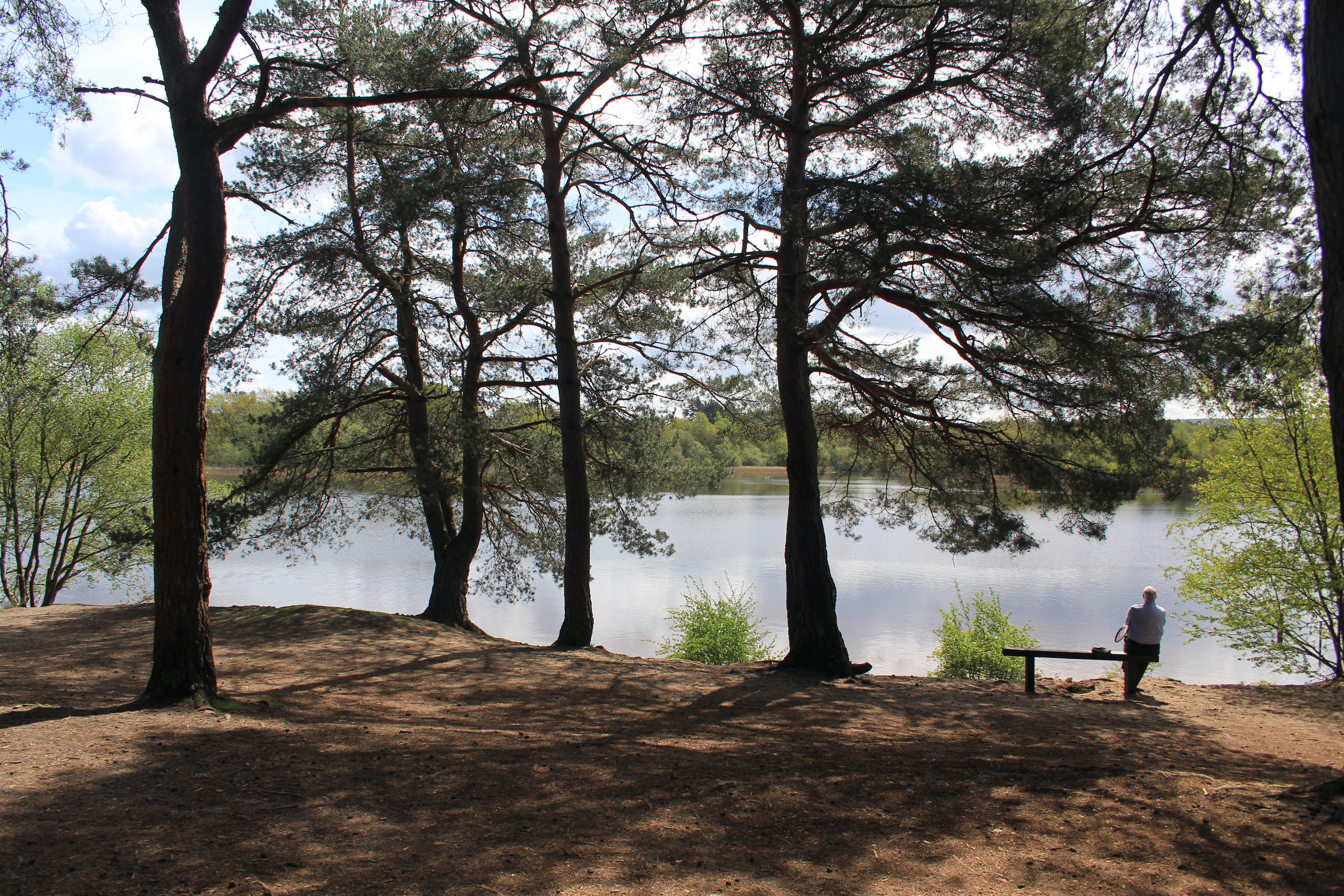 A FLOW of funds generated from filming on its wildlife-friendly banks has allowed the National Trust to splash out on essential measures to protect Frensham Little Pond.

The money was pumped back into the wetland wonderland following the shooting of Snow White and the Huntsman and The Huntsman: Winter’s War. Created for the Bishop of Winchester, the pond is awash with rare birds and plants. 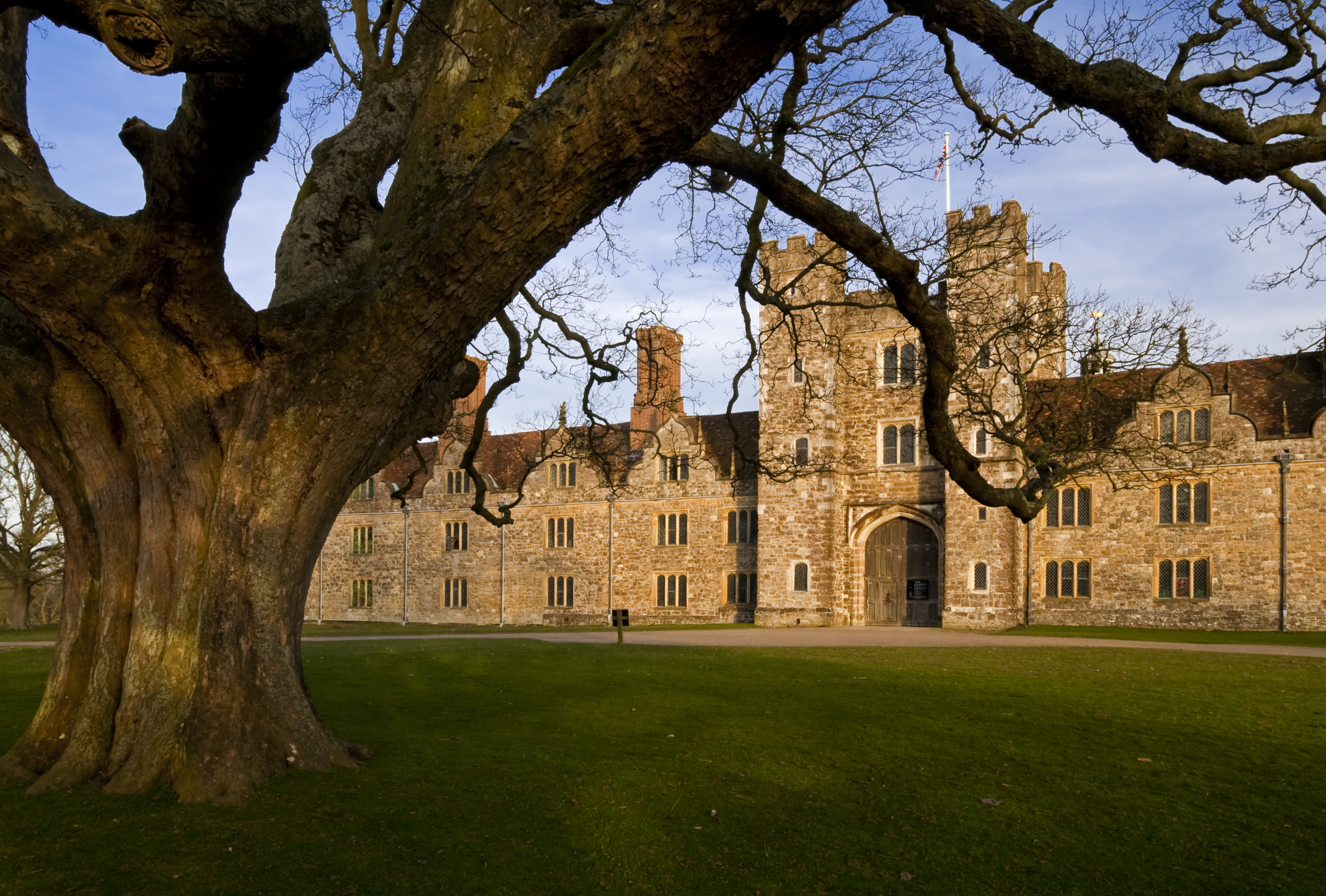 Built 600 years ago, Knole and its striking surroundings provided the picture-perfect setting for The Other Boleyn Girl and Pirates of the Caribbean: On Stranger Tides.

Inside, an impressive collection of art works by masters like Reynolds, Gainsborough and Van Dyck are displayed alongside 17th century tapestries. 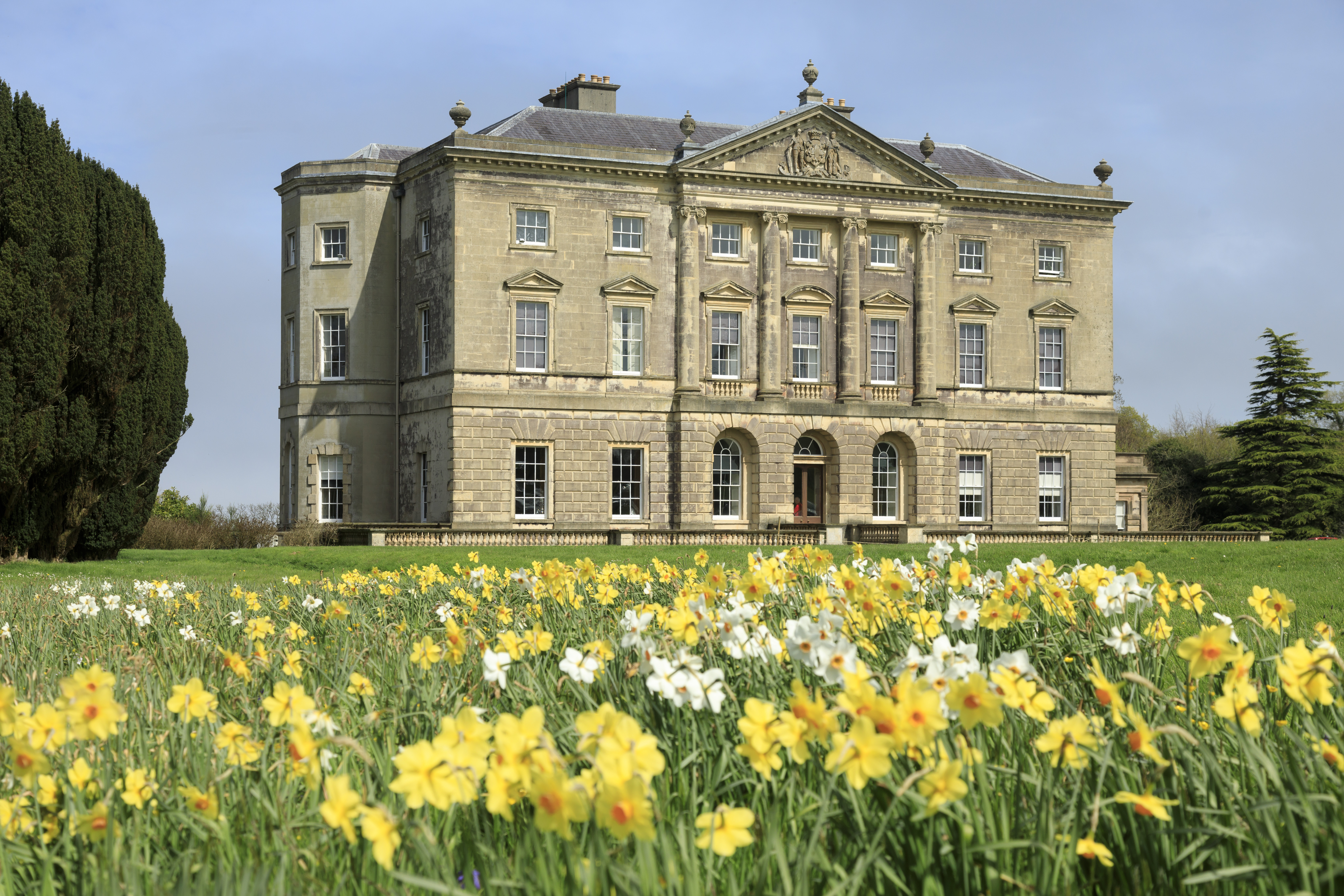 A JAW-DROPPING mix of gothic and classical styles, 18th century Castle Ward became a real kingpin of the National Trust when it took its seat in numerous episodes of Game of Thrones.

Fans can see the farmyard and towers used as the backdrop for Winterfell, the ancestral base of House Stark. Next to the quiet waters of Strangford Lough, Castle Ward also trumpets loud and proud in scenes showing the Whispering Wood.

Stay on site at Castle Ward Bunkhouse. Sleeps 14. From £388 for two nights. Book at [email protected] 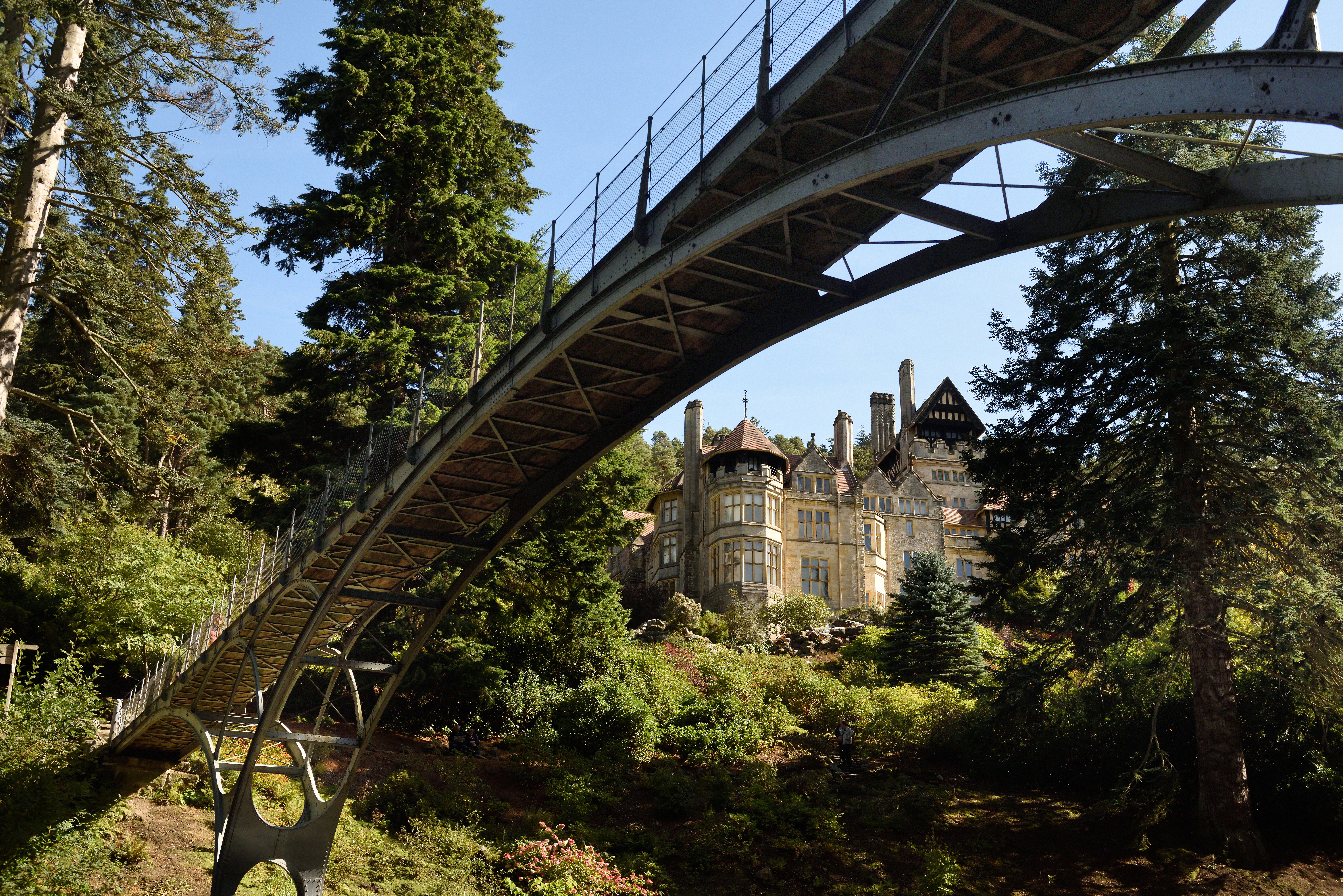 ALTHOUGH the kitchens at Cragside are a little on the boxey side for your average brontesaurus, crews used these sculleries to cook up some convincing laboratories in Jurassic World: Fallen Kingdom.

Lofty pine trees reminiscent of those in northern California, also swayed producers in their decision to portray Cragside as Lockwood Manor, the American home of the film’s dinosaur enthusiast character.

Stay on site at Garden Cottage. Sleeps six. From £389 for three nights. Book at nationaltrust.org.uk/holidays.