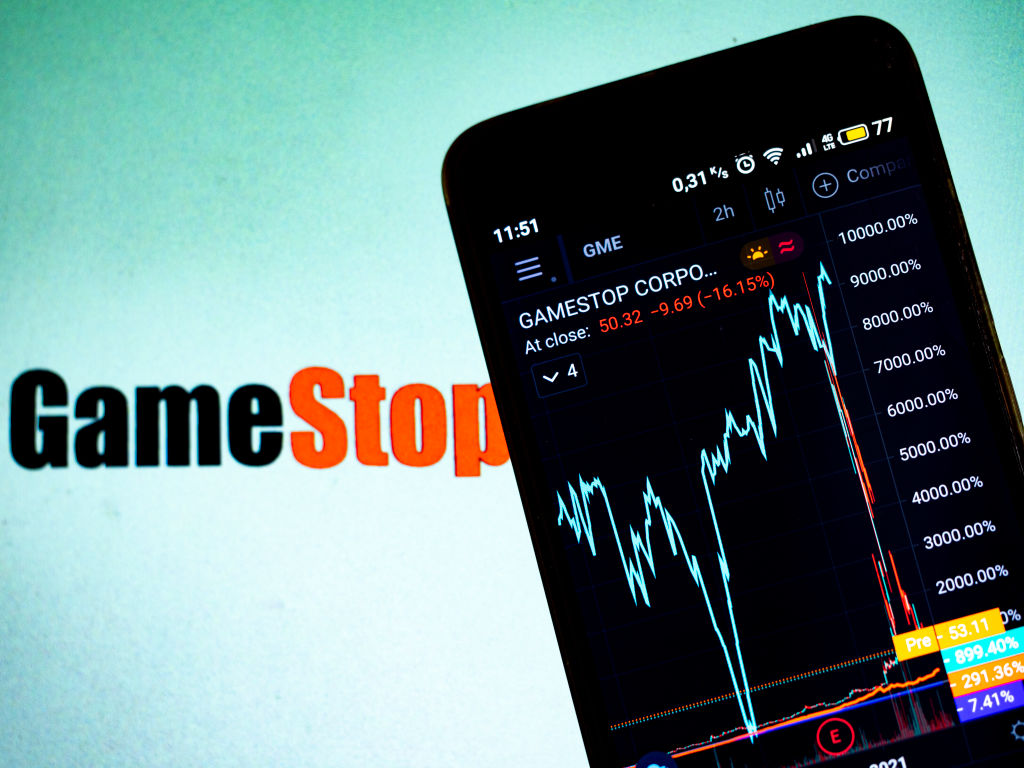 The share price is currently approaching the $100 dollar mark, a figure it hasn’t seen in more than a month.

As GameStop stock rocketed in value, propelled by investors on the WallStreetBets subreddit, Reddit temporarily went down for some users.

While the source of the outage is unclear, the company said it had identified the issue and that ‘systems are beginning to recover.’

It’s not obvious when, or if, the stock price of the failing American videogame GameStop retailer may collapse.

But whether it does is besides the point for many of the small investors that organised on online forums.

For many, it was a tool to cause large financial institutions – specifically, short sellers – as much monetary damage as possible.

And by that goal, they’ve succeeded: because of time deadlines within short selling contracts that big hedge funds use, many lost billions of dollars because of the GameStop stock surge.

But some institutional investors, as well as individual retail investors, have also profited.

The world’s largest asset manager BlackRock held 9.2m shares at the end of last year, which would have gained billions of dollars of value thanks to the stock price surge.

Why has GameStop stock risen in value?

In September of last year, pet food retailer boss Ryan Cohen invested 13% in GameStop, and pushed the company to try and turn around their fortunes by becoming an online-first retailer, competing with Amazon.

This led to speculation on amateur investment websites, most notably the WallStreetBets section of Reddit, as to whether GameStop would actually increase in value.

The recommendation, which started as innocent investment advice, began to take on more significance as the Redditors realised they were moving the stock price upward.

For many individual investors, the battle over GameStop’s stock price took on greater political meaning.

Big hedge funds, like Melvin Capital and Citron Research, had bet large sums of money against the GameStop stock price rising, so doubled down and tried to bet even more on the stock price eventually decreasing.

Many financial commentators have seen large hedge funds ‘short’ selling as predatory behaviour – but as Redditors continued to pile in on the GameStop stock via investing apps like RobinHood, they began to see it as a chance to beat the hedge funds at their own game.

In the aftermath of the price rally, RobinHood, a financial services company that says its motto is to ‘democratise finance’, halted trading for GameStop and related ‘meme stocks’, which drew the ire of users and politicians alike.

Key players in the saga, like Reddit user Keith Gill and Melvin Capital CEO Gabriel Plotkin have since testified in front of Congress about GameStop stock.

What is a stock ‘short’?