Let me check my MyFace…

When General Hospital fans heard their favorite characters talking about MyFace, they couldn’t let it go. It’s just so weird to hear a silly name in place of the well-known website, Facebook. But it’s not just soap operas that engage in this practice. It’s all over TV. Here’s why your favorite show may use Searchies instead of Google.

Jason may not have left any evidence behind, but @1steveburton got a little somethin' somethin' to immortalize today's explosive new episode! @joshswickard @katey_macmullen #BehindTheScenes #GH #GeneralHospital

General Hospital fans have noticed the show uses ridiculous words to avoid using the real names of social media sites like Facebook and Twitter. It’s become so noticeable, that for some viewers, it distracts from the plot line. A recent Reddit discussion brought this issue to light.

“I keep hearing it and yesterday Trina said to cam to check Josslyn’s [MyFace] page, that isn’t a thing lol just say Instagram or Facebook. Or even social media lol,” one user wrote.

“I love the MyFace gag, they’ve used it on other soaps too. I think it’s hilarious,” another wrote.

Some users pointed out that social media sites aren’t the only company name that General Hospital avoids. Pretty much any copyrighted title will be replaced by the soap’s writers.

“I also loved that year the parents were buying kids Z-boxes for Christmas! Hilarious!” one viewer pointed out.

“The preferred search engine is also Spider instead of google,” another wrote.

It’s true that General Hospital could simply use the term “social media,” “search engine,” or “gaming system,” but sometimes giving the product an actual name can make the show more realistic, as long as it’s not too ridiculous. The writers may also be trying to avoid using repetitive terms. For example, if the plot involves a lot of social media references, repeating the term “social media” will get old fast. 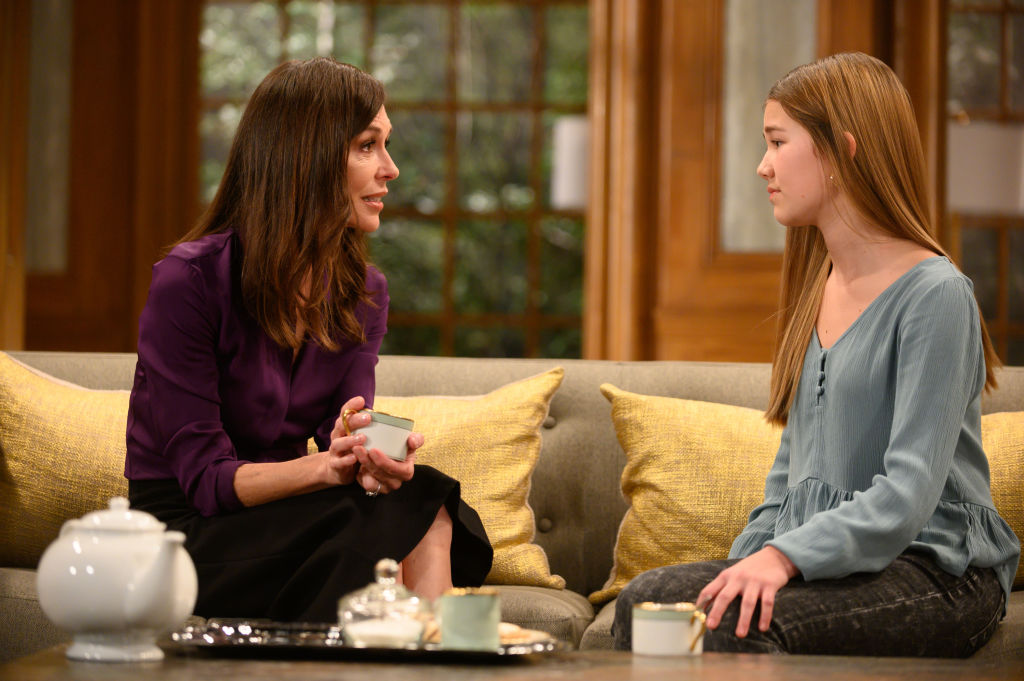 The practice of using fake names for companies or products is actually pretty widespread on TV, although you may not notice it if the name isn’t too silly. Viewers have even compiled lists of all the fake product mentions. The one by Vulture includes mentions such as Roundsearch for Google on American Horror Story, FacePlace for Facebook on The Young and the Restless and Joanofsnark.com for a Jezebel-like website on 30Rock.

Sometimes, these fake names can be fun to spot, or even more fun to use in your daily life. Such as, “Give me my phone, I need to check Oomfchat,” [the SnapChat replacement on Degrassi: Next Class].

The shows, iCarly and Victorious, both created by Dan Schneider, even replaced the entire Apple company and all of its technology with Pear Products. There’s the PearPhone, complete with a Find My PearPhone app, the PearPad, and the PearBook, just to name a few. Characters in the show have even been known to visit the PearStore. All of the Pear products carry the Pear logo, which, similar to the apple on Apple products, is the outline of a pear.

Why do TV shows use made-up names?

Who uses their Pear Book under a tree? Zo-ey Broo-oooks?

Since it’s obvious that General Hospital is referencing Facebook with the term MyFace, why don’t they just use the real name?

Some shows might be able to get away with using real names. But if the company decides that the show is misrepresenting them, or casting their company in a negative light, the show could be opening themselves up to lawsuits. Sometimes it’s just easier to use a made-up name than worry about a cease and desist letter showing up.

James Crowne, deputy executive director of legal affairs at the American Intellectual Property Law Association spoke with the Washington Post about this issue. He used an episode of The Good Wife, in which the plot pitted two well-known companies against each other in a legal dispute, as an example.

“You might get yourself into trouble with one of these parties if they feel you’ve misrepresented [them],” he said. “So the easy way around it is to pretend it has nothing to do with real-life parties and give it a fictionalized name. That gives you the liberty to cast the details of the dispute in a way that suits your storyline.”

Some viewers find the practice of using fake names annoying, and others think it’s fun to point them out. But wherever you stand on the issue, because of the risks involved, General Hospital, or any other show, isn’t likely to change the practice any time soon.