Genesis confirmed their reunion and a 2020 tour this morning on the Zoe Ball Breakfast Show. The presenter welcomed Phil Collins, Mike Rutherford and Tony Banks into the studio to talk about their decision to hit the road again. During the interview, Collins, who had had a number of health issues in recent years, had a slightly hoarse voice, prompting him to address his health.

Breaking off mid-sentence, the legendary drummer and singer apologised and said he had “been sick”.

The rocker confirmed his son Nick Collins would be joining them on tour as their drummer as he would no longer be behind the kit for Genesis.

However, fans will be delighted to hear he plans to take his place at the drums for a couple of key moments during their tour. 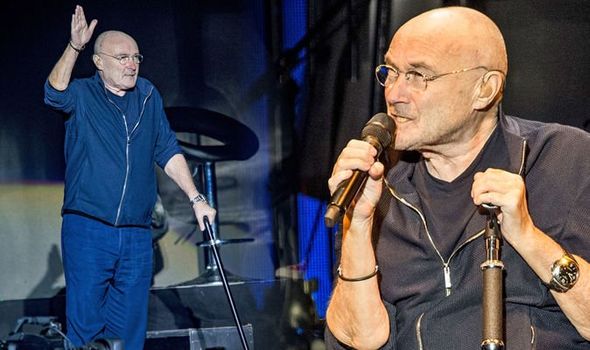 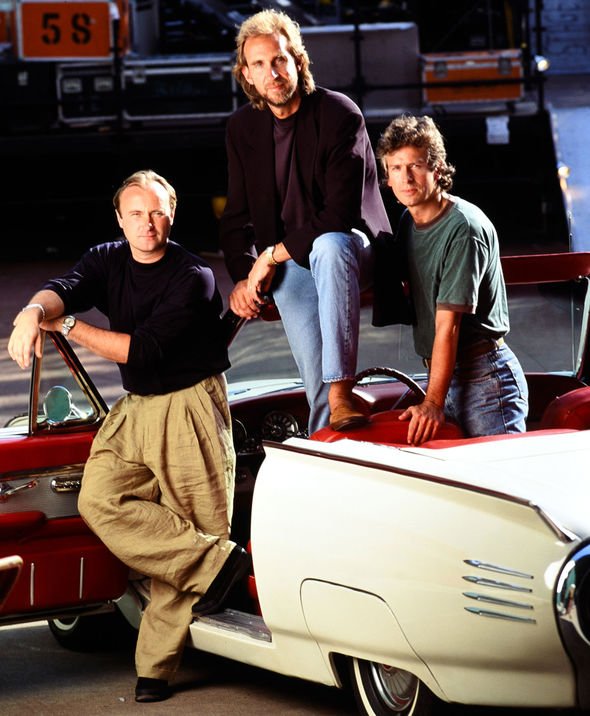 “For me, it wasn’t a deal breaker but it was something that was working and it was a problem that we had to overcome with me not playing,” Collins said of his son coming on board.

“Although I’m going to be doing my best to play some bits on the tour.

Later in the interview, Collins spoke about previously likening Genesis to Monty Python in that the band had gone their separate ways to work on their own things and come back together. 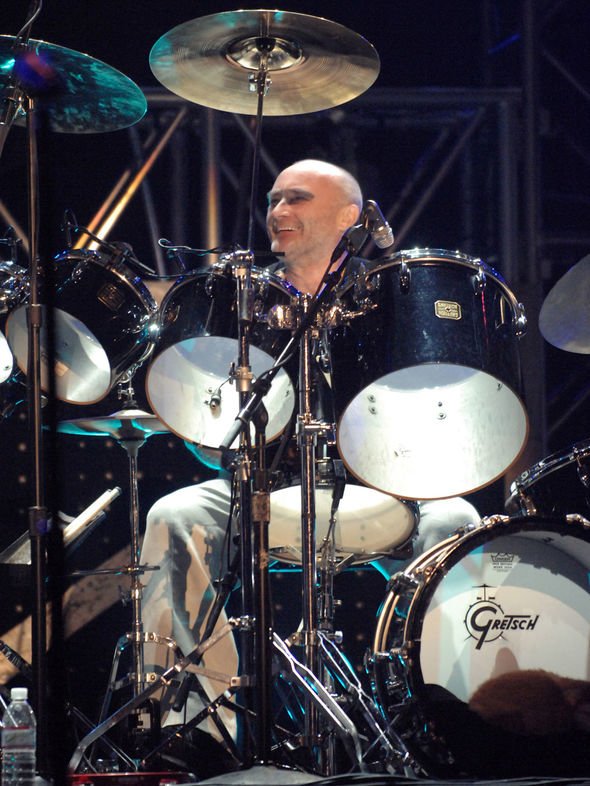 At one point, the rockstar had to pause to give a small cough to clear his throat.

“A couple of them have snuffed it since then but we’re all pretty much breathing,” he joked.

“You are still here!” Ball exclaimed cheerfully, as Collins chipped in: “Well, we’re not a very good example of that right now.”

“You’ll be fine by the tour, yeah?” his bandmate Banks laughed.

The Genesis 2020 tour will be the band’s first in 13 years and will kick off in Dublin on November 16.

So far, 10 dates are schedules for November and December and the run will wrap up in Newcastle on December 11.

Collins has been suffering from health issues for over 10 years after injuring vertebrae in his neck in 2009.

He later retired when he was unable to play the drums due to painful nerve damage.

The drummer underwent an operation on his neck but the damage left his hands unable to function properly.

Collins has since spoken out about turning to alcohol, saying at a 2016 press conference that he had come “close to dying”, referring to a time in 2012 when he was rushed to hospital with acute pancreatitis.

The rocker said his organs were “f***ed” due to excessive alcohol consumption.

Since 2013, he has limited his drinking to very little.

He came out of retirement several years ago but has been unable to return to drumming and uses a walking cane after surgery on his spine caused nerve damage in his foot, leaving him unable to stand for extended period of time.

Collins has recently been touring with his Not Dead Yet, Live show.