Geronimos luck finally runs out… The beloved alpaca must die 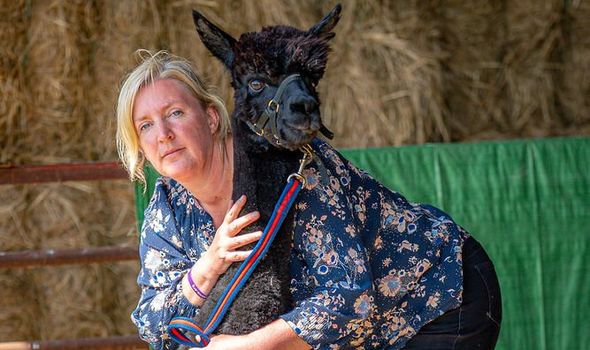 But owner Helen Macdonald last night vowed to “obstruct” any officials who come to her farm to put her woolly pet to sleep. The stand-off was set after Mrs Justice Stacey ruled Helen had “no prospect” of challenging a Government destruction order.

The judge upheld Whitehall’s plan to destroy the animal because he had tested positive twice for deadly bovine tuberculosis.

The judgment also devastated 130,000 people who signed a petition for Geronimo to be spared. Helen has vowed to fight on – and her lawyers have applied for a judicial review.

There is no guarantee they will win one and Defra officials can enforce their warrant to kill Geronimo anytime after 4.30 pm today. But yesterday they insisted they want Helen, 50, to organise his destruction herself.

She said she was “really quite shocked” but insisted “it’s not over”.

She added: “I’m not having my healthy animal put to sleep, and neither am I going to permit them to come and slaughter him in front of the rest of the planet. They seem to want to make it my decision, and make me put my animal to sleep, to get the blood off their hands. I’m not doing it.

“We’re not about to roll over now just because the Government decides they can be dishonest and get away with it.” Geronimo remains in isolation at her farm in Wickwar, Glos.

Her legal team claim his positive TB results may have been false because he had also returned negative readings. They argued other camelids had been destroyed on the same grounds – only to be shown as TB-free at post-mortem.

Defra said: “We are sympathetic [but] need to tackle this disease.”