Google IO cancelled: Android 11 and Pixel 4a event scrapped due to coronavirus fears 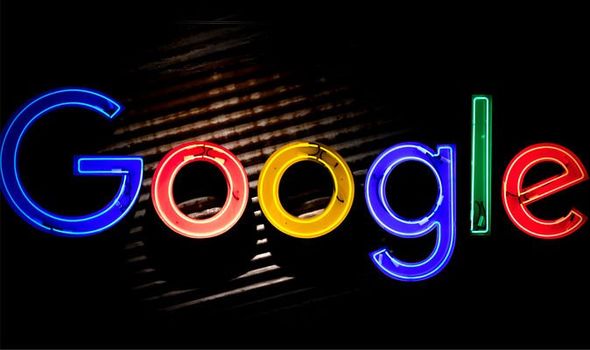 Google has dropped plans to host developers from across the world at its annual Google IO conference in Mountain View, California. The yearly event, which was announced in January, is a chance for the search engine to present an early look at its next mobile operating system, updates to Google Chrome, Google Photos. Google also uses the I/O to showcase new hardware. In the past, it has revealed the Google Home smart speaker, as well as its more affordable Pixel 3a spin-off.

With an ever-increasing number of rumours pointing to Google launching Pixel 4a soon, it seemed like the ideal time to talk about the new handset on-stage. Pixel Buds, which were announced alongside the Pixel 4 back in October, are also due to hit store shelves worldwide in the coming months.

It seems likely Google would use the opening keynote at IO to drum-up interest again.

Hosted at the Shoreline Amphitheatre in Mountain View, Google IO is held across the street from the Googleplex headquarters in California.

However, due to the ongoing concerns around the spread of coronavirus (COVID-19), Google has decided not to hold the event. The developer conference follows a long string of other cancelled industry events, including MWC – the biggest smartphone tradeshow in the world, which is held in Barcelona – and the Gevena Motor Show. 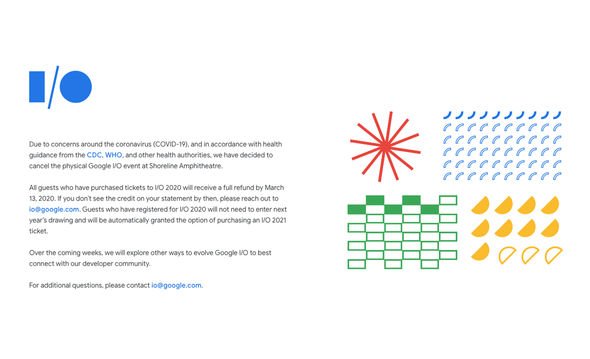 In a statement, Google noted: “Due to concerns around the coronavirus (COVID-19), and in accordance with health guidance from the CDC, WHO, and other health authorities, we have decided to cancel the physical Google I/O event at Shoreline Amphitheatre.”

Anyone who paid $1,150 for a ticket to the event will be fully refunded by March 13, 2020. Anyone who managed to nab a ticket to the sold-out developer conference will automatically be able to purchase tickets to Google IO next year, Google has confirmed.

Google still hopes to hold some kind of event. The US company is looking into holding virtual sessions for developers to ask questions of Google engineers to ready their apps for the launch of Android 11, which will land in August – if the company follows a similar launch schedule to last year.

Meanwhile, Google has also confirmed plans to provide $1 million to local Mountain View organisations to help with the lack of business caused by the cancellation of Google IO and its more than 7,000 attendees from across the globe.

Google has historically livestreamed almost every single keynote and session on YouTube, so we’re likely to still be able to get a glimpse at some of the best new features coming to Android 11 ahead of the release, as well as any new smartphones coming from the company.