Initially set up as a team that lived and breathed on YouTube by vlogger Spencer Owen, they entered the ninth tier of the football pyramid this season. 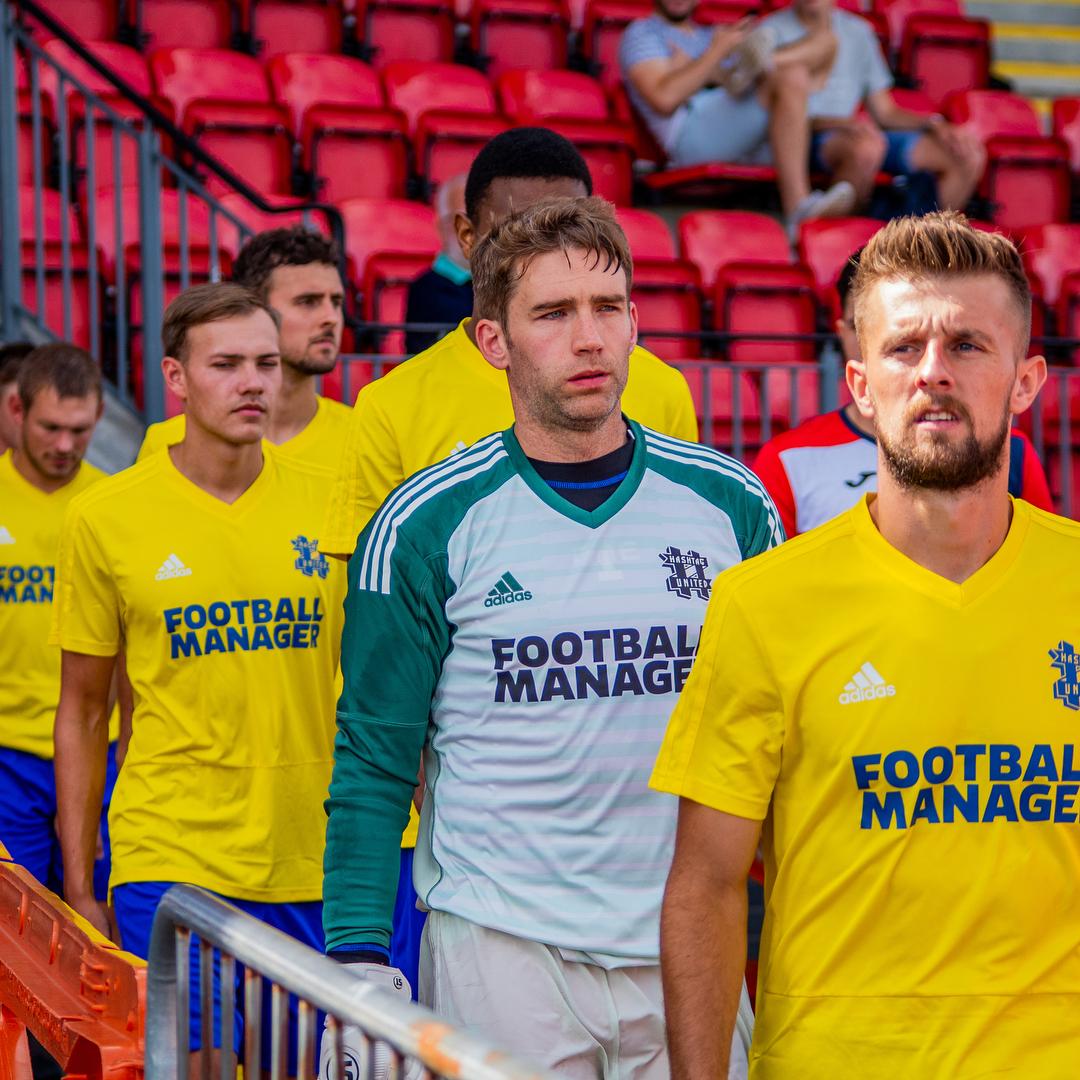 Playing out of Coles Park Stadium, just a stones throwaway from Spurs' new ground in North London, their popularity is soaring.

They're currently sitting second in the Essex Seniors League after 25 games played in – four points behind leaders Saffron Walden Town.

And when a team's successful, that's when even more fans start to get behind them.

Over 486,000 people are now subscribed to Hashtag United's YouTube channel, who are kept up to date with the latest news and goings on at the club. 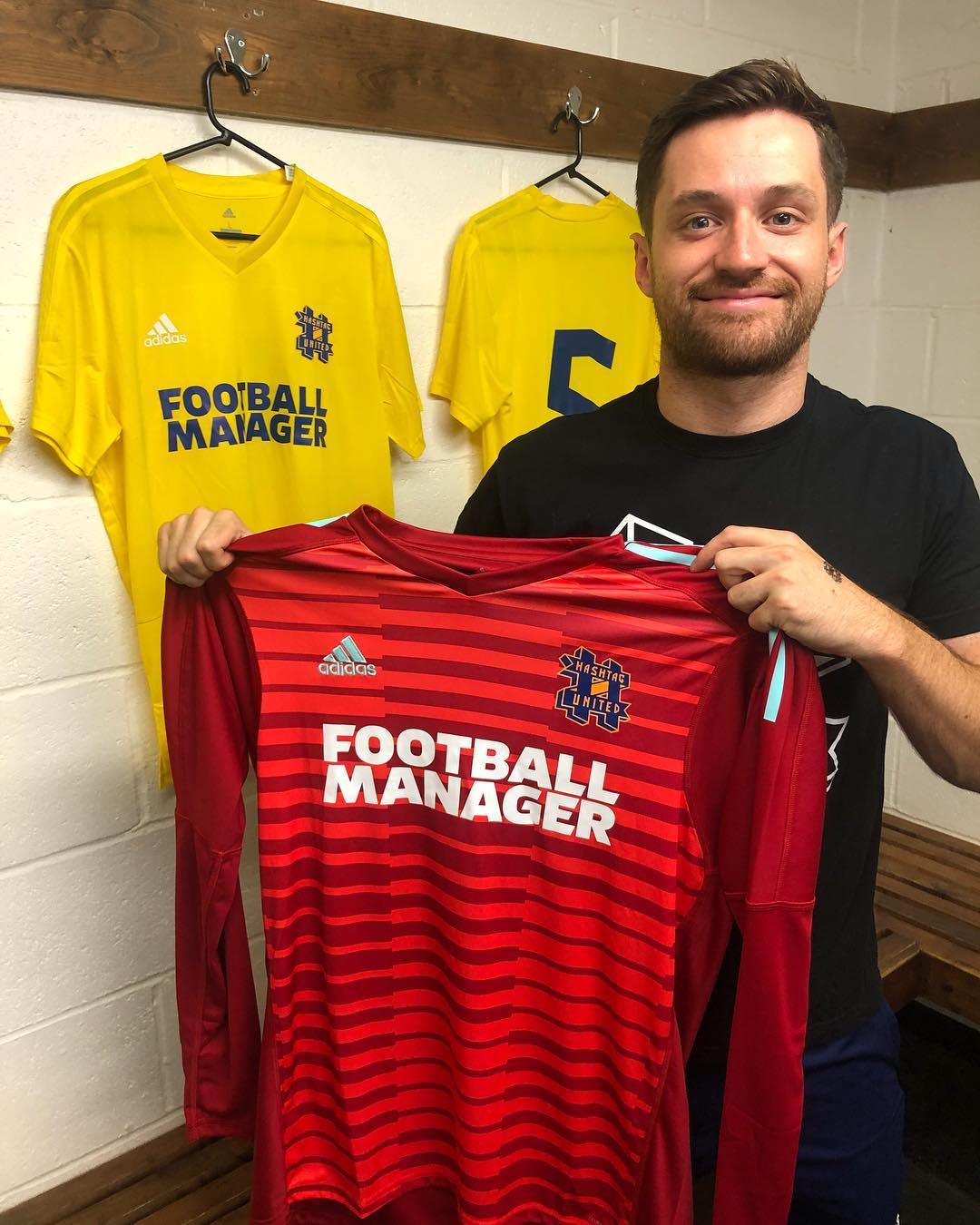 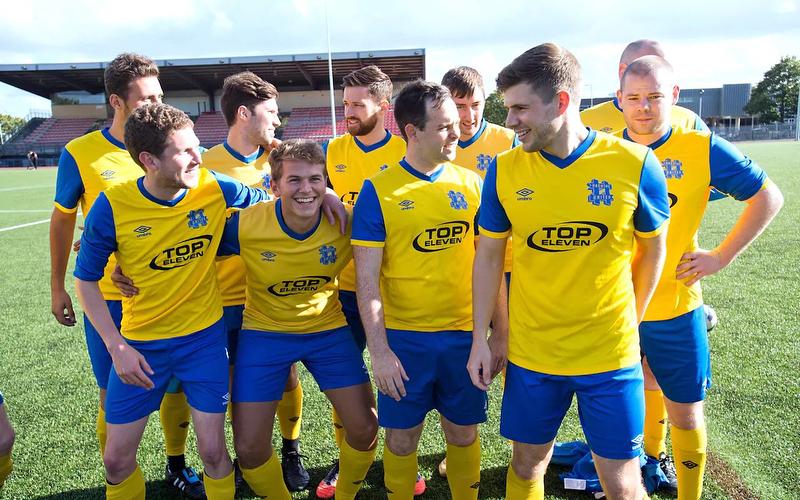 That means they are now more popular on the video sharing website than cross town rivals Spurs and European giants Atletico Madrid and Inter Milan.

"And I think people are just starting to add up the numbers. They're not teams we've measured ourselves up against in the past, to be honest, because we never did the maths before. 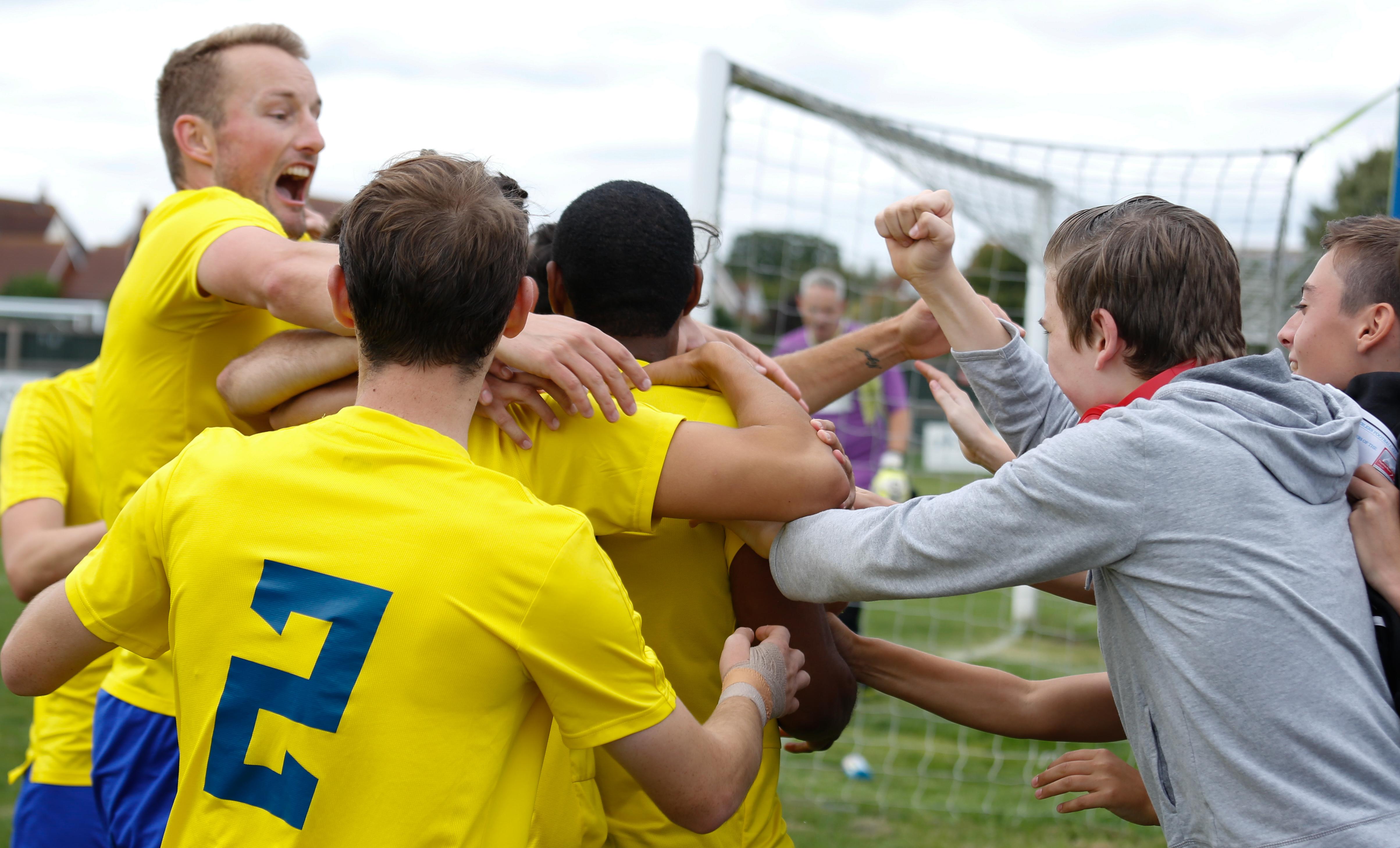 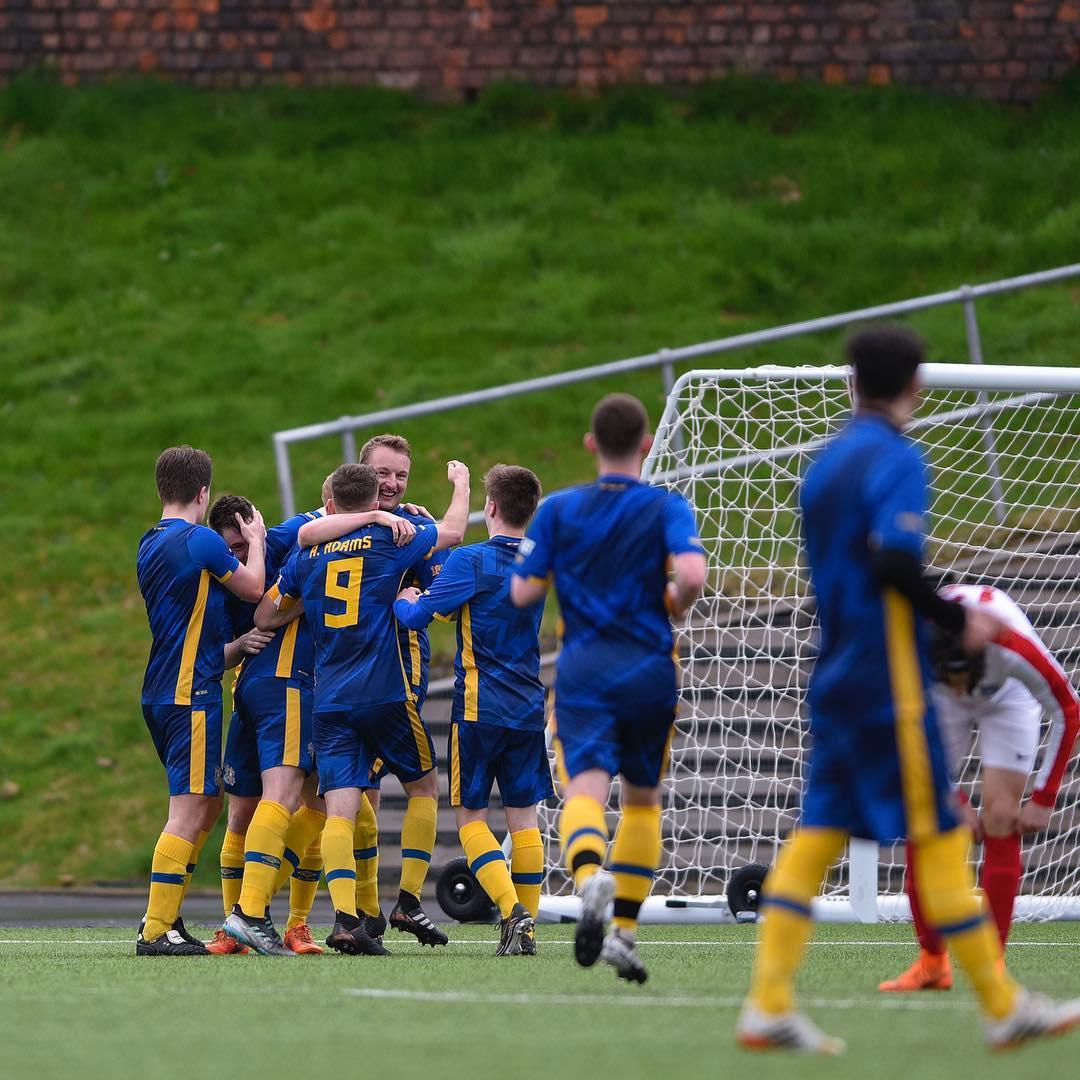 "An agency out there did that and we were very happy with the findings.

"The club is continuing to grow in its fan base. It's just a new phase of the journey that we've been on for the last couple of years.

"It started with making a team, being with mates and having a laugh by having all these great experiences.

"Now, it's a competitive team trying to win matches and train a bit harder and take things more professionally. 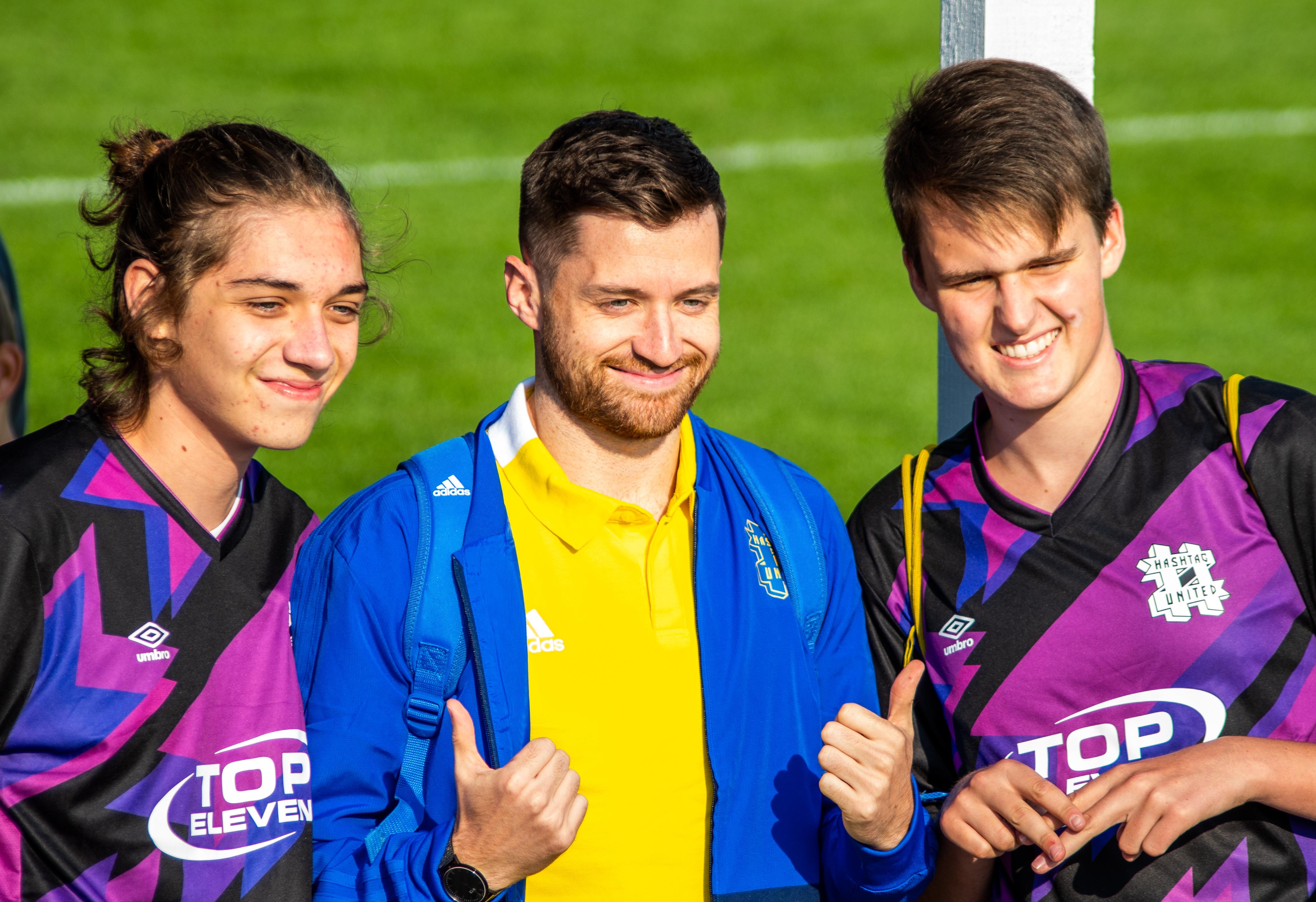 "It's a new chapter for the club and the audience seem to be enjoying the adventure as well."

In the summer of 2018, the club enlisted the services of Jay Devereux as their first team manager.

The former assistant manager of East Thurrock United F.C. has been the major difference in what's changed since they became a 'real' football club. 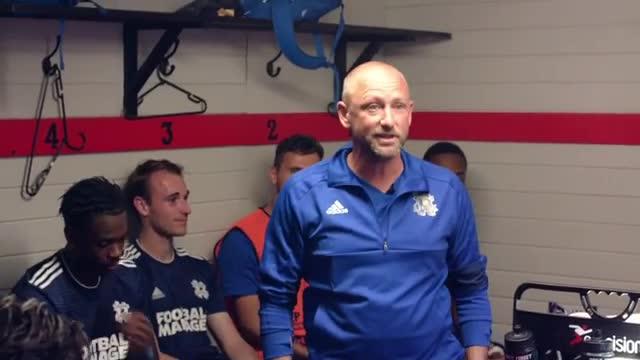 "We've now got Jay in, who has improved our preparation before games,"  Carmichael-Brown, 33, said.

"He's been great because he's got experience of the Ryman Premier League, which is a much higher level than we're playing now.

"Jay's brought in a bit of discipline to the team and much more structured and detailed training sessions.

"But also, he's such a great character. We were worried we'd bring in someone from the outside that was all about winning football matches and that would kill the feel of what we are.

NEW HIGHLIGHTS! Watch us vs @newburyforest_fc or we’ll set @jay_devs on you. We promise it’s worth it ?? • • • #hashtagutd #hashtagunited #grassroots #nonleague

NEW HIGHLIGHTS! Watch us vs @newburyforest_fc or we’ll set @jay_devs on you. We promise it’s worth it ?? • • • #hashtagutd #hashtagunited #grassroots #nonleague 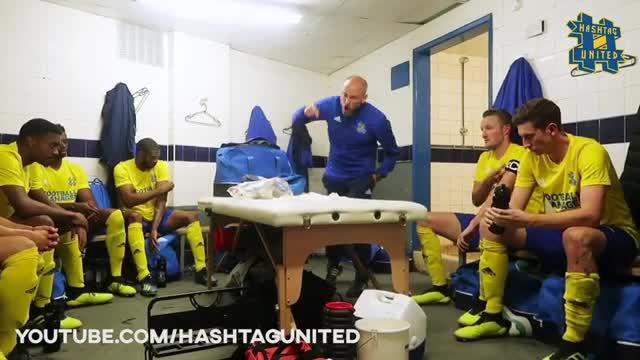 "He's come in and added a whole new side to it, given us a grass roots feel and that's really moved the story along.

"He's also brought in a few faces from the non league that have been good additions to the side.

"However, we've still got the spine and the main core of the team from the very beginning which is phenomenal.

"We're doing very well in the league, so fingers crossed we can keep it all going." 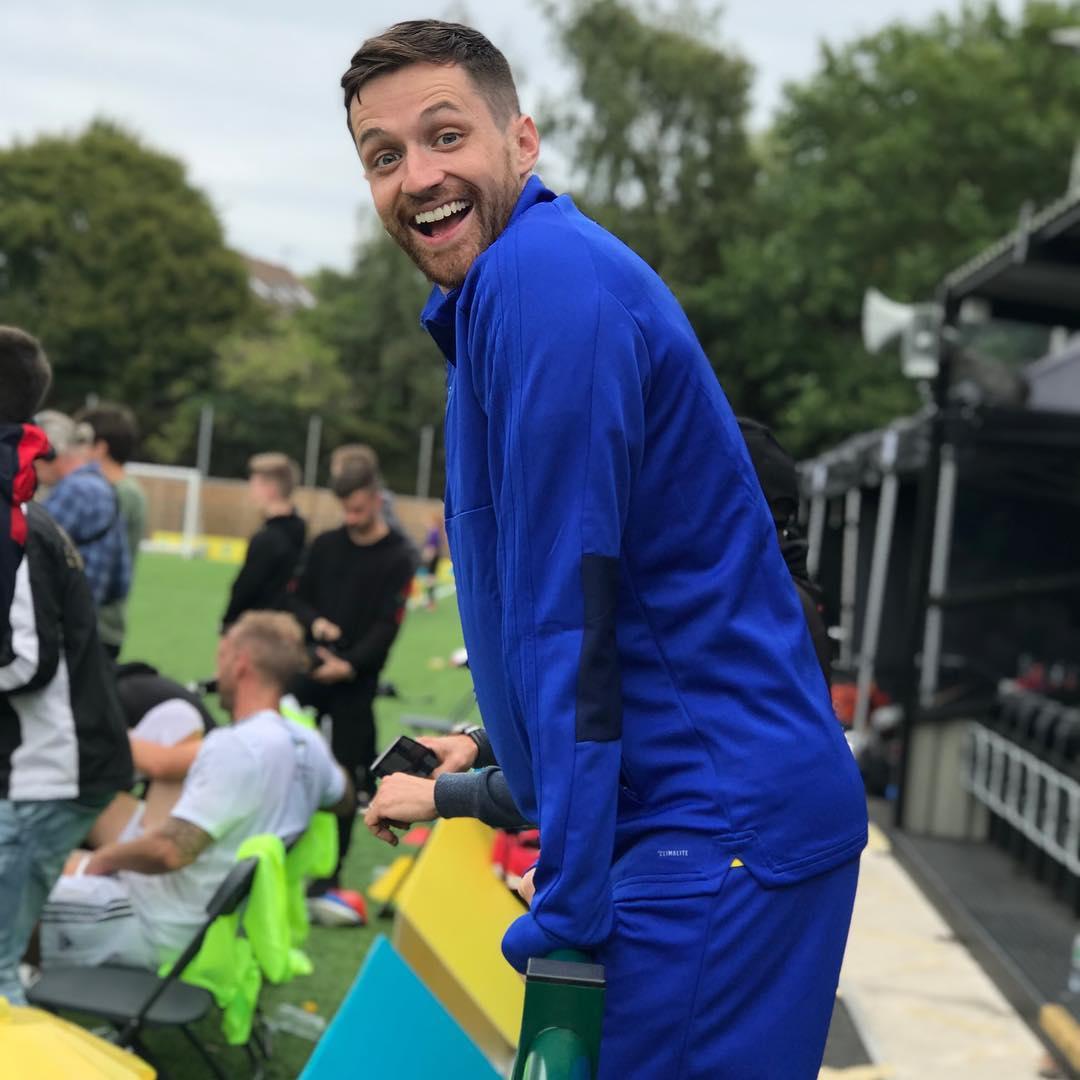 After a slow start to life in the Eastern Counties Football League Division One South last season, where they were winless after their first four games, Hashtag United have not stopped winning.

Carmichael-Brown is remaining modest about the team's success saying their original plan was not to get thrashed every week.

"Our initial goal was to come into the league and compete," Carmichael-Brown divulged.

"What I mean by that is we didn't want to come in and be the whipping boys.

"It wasn't the best of starts, but once the first win came we kept winning.

"The boys are now clicking into gear, confidence is flying and the new players have bedded in.

"But there's a long way to go this season and there are a few teams below us that have games in hand.

"We're not sitting pretty at the top, but being there has meant we can be a little more ambitious with our hopes." 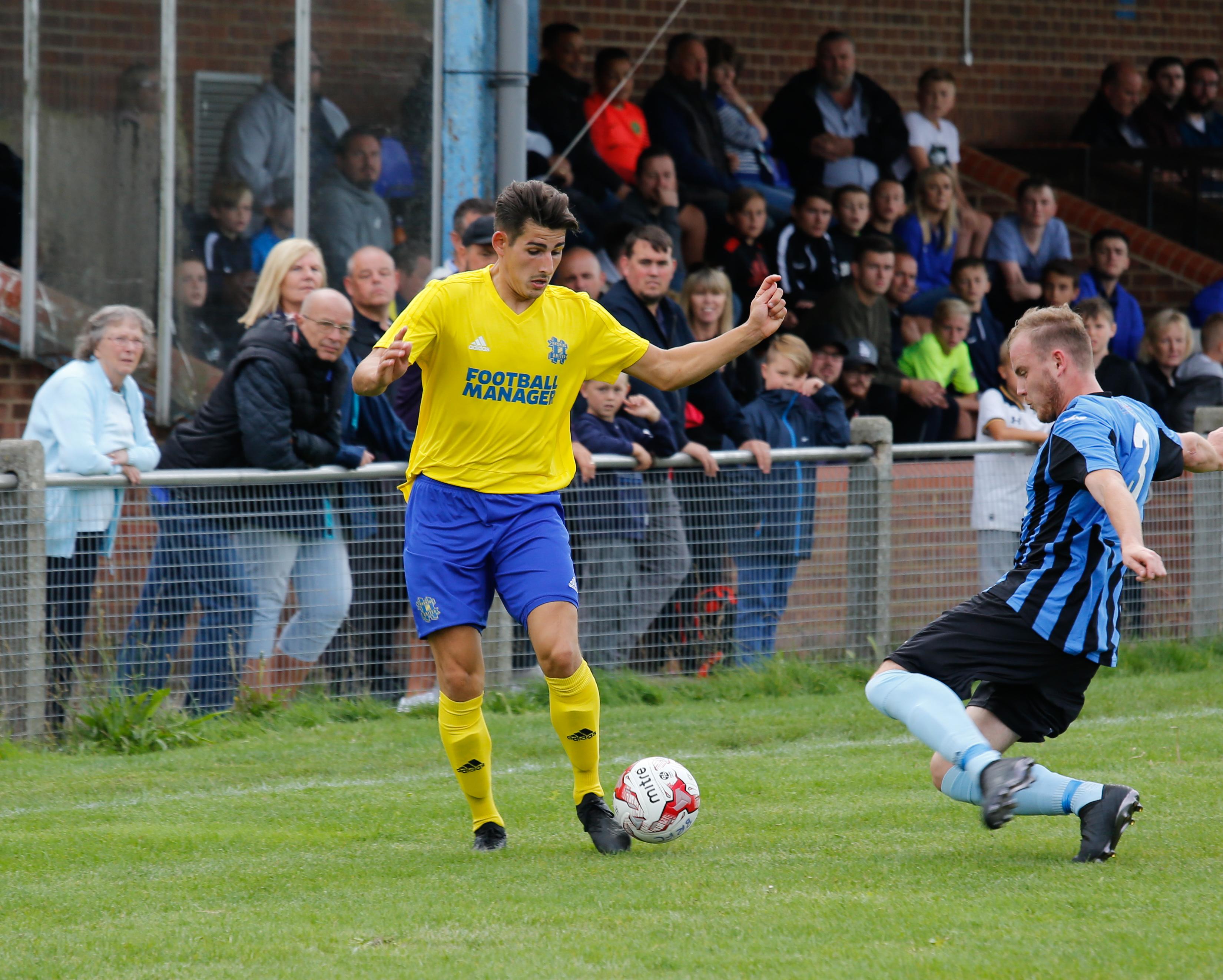 Before they became semi-pro, Hashtag United had the choice of anonymity and weren't posting as many videos.

They used to leave fans hanging when it came to finding out scores, but Carmichael-Brown revealed how they've had to change with the times.

He said: "We're putting a lot more content out there now, primarily because we have an online audience.

"One of the concerns we had… we used to update a match video every two weeks.

Not quite what we had in mind, but being at a World Cup final for the first time is still very special! Even better to share it with my bro @spenfc. Supporting ?? for this one. Spen is rooting for ?? so a little bit of spice on it still! ? big thanks to @fifaworldcup for the tickets! #worldcup #worldcupfinal #russia2018

Not quite what we had in mind, but being at a World Cup final for the first time is still very special! Even better to share it with my bro @spenfc. Supporting ?? for this one. Spen is rooting for ?? so a little bit of spice on it still! ? big thanks to @fifaworldcup for the tickets! #worldcup #worldcupfinal #russia2018

"So there was quite a long time in-between our match day videos for all of our audience to see it.

"Now, we're sometimes uploading three games in a week. We were concerned this was too much content.

"And also, being part of a league structure, our results are getting posted online by other third party places.

"So we can no longer keep the results quiet until our video goes up.

“STOP TRYING TO LOOK GOOD AND BE GOOD” • FIND OUT HOW WE GOT ON, LINK IN BIO ?

"We've had to embrace that, and we did expect a drop off in viewing figures, but we haven't seen that.

"In terms of fans coming to see us in the flesh, that's something for the future for the club.

"We have a global online audience. We were a club founded on the internet, not in a village in Essex.

"We don't have a village to support us, our village is online and they support us online. 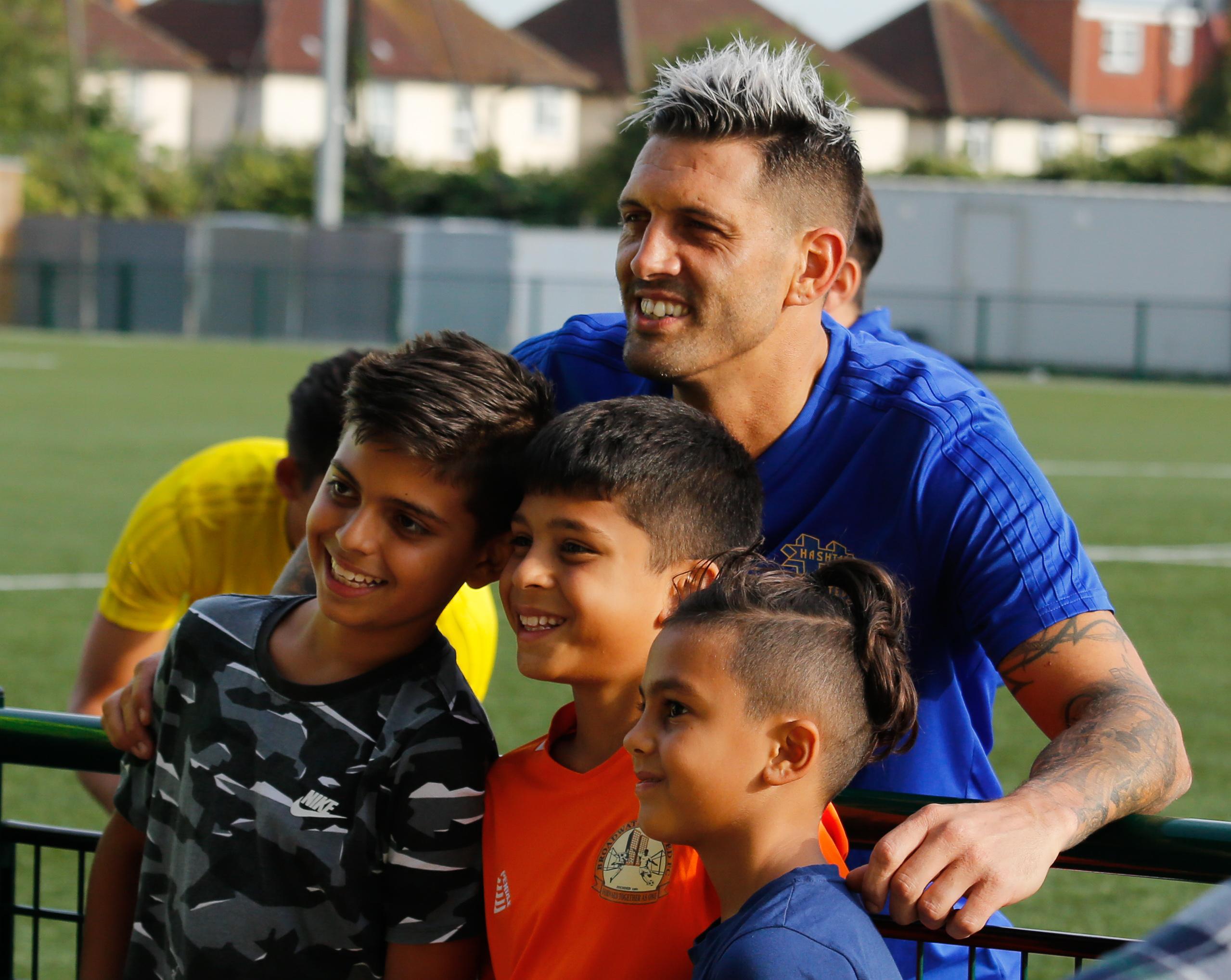 "But we are very grateful that we have some regular fans that come and cheer on the team.

"Some live miles away and stay in hotels, which is crazy when you think about.

"And we're turning out decent attendances – from 100 to 400 fans, which is really good for this level of football.

"Right now, we love having fans at the game. However, it's not a goal for us to get thousands of fans down to every match like it is for a traditional football cub. 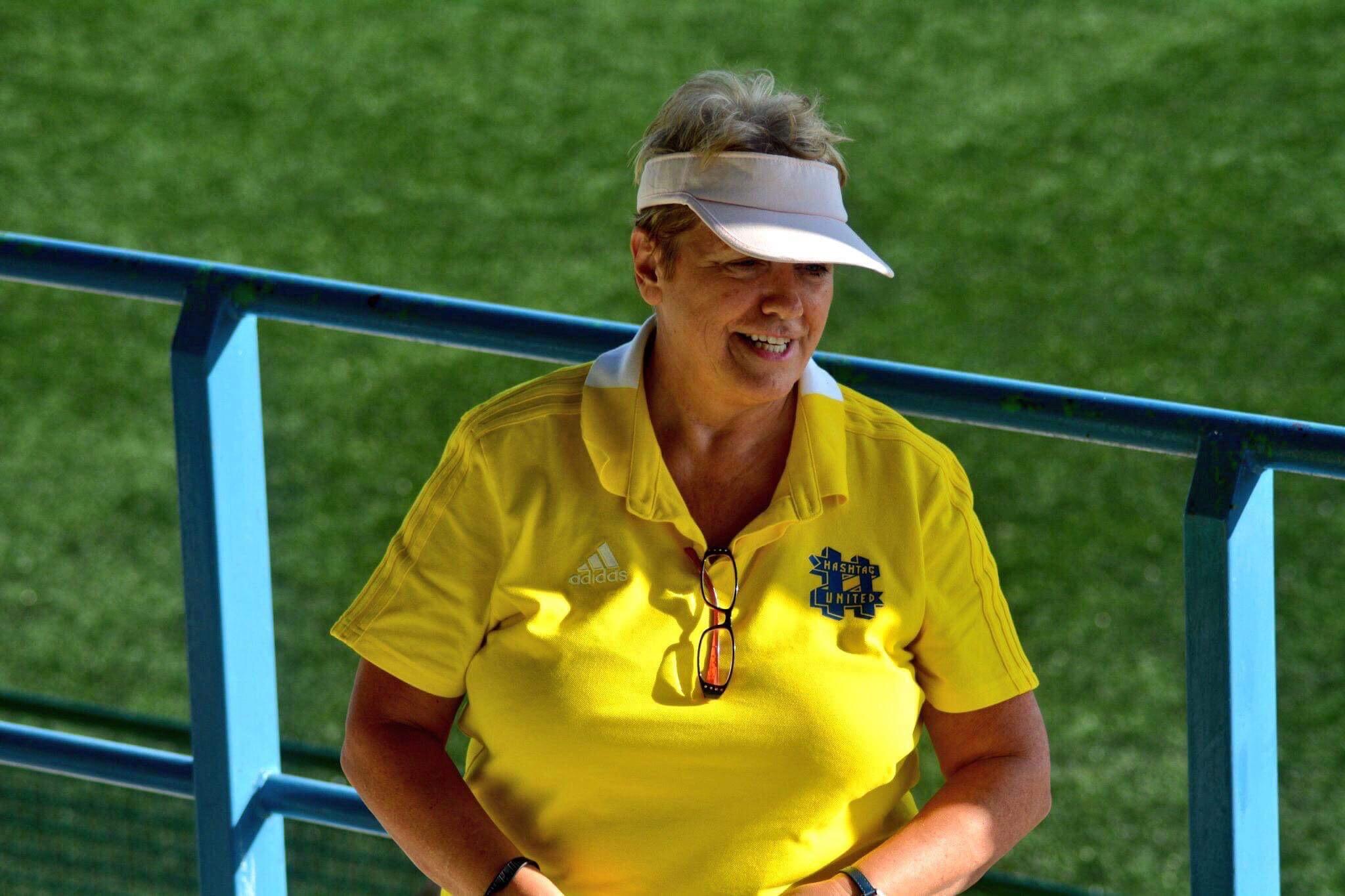 "Traditional football clubs don't have the kind of platform we have.

"Their only access to the outside world, other than having fans in the stadium, is through TV stations.

"We don't have that – we don't live on anyone else's TV station, we are the TV station."