At first, actress Holly Robinson Peete (21 Jump Street, Hangin’ With Mr. Cooper) never really thought much of certain issues her then-teenage daughter Ryan struggled with in school. “…I was just like, ‘Oh, Ryan is just a spacey girl. That’s just how she processes things,’“ says Holly sitting alongside Ryan, while visiting the SheKnows offices last month. Ryan had difficulty finishing projects, staying focused, and staying engaged in the classroom, among other things.

“ADHD [Attention-Deficit/Hyperactivity Disorder] presents itself in different ways,” says the 57-year-old mom of four. “Sometimes in male and female [children], it can present itself differently. I think when a lot of people think of the hyperactivity part — the H part — it throws people off because there are different types of ADHD. And my daughter [has] the inattentive type,” explains Holly, admitting she didn’t recognize the signs because she was so focused on helping Ryan’s twin brother RJ, who has autism.

“She’s the ‘typical’ twin,” Holly would tell herself. “She’s not the one with autism, so she’s not the ‘squeaky wheel.’”

However, she adds, “What I missed was her indecisiveness, her inattentiveness, her awkwardness with making social connections.”

“I thought that there was just something wrong with me…”

It was the latter symptom that led her to think that Ryan might be struggling with something more serious than “quirks.” A friend of Holly’s suggested that Ryan might have undiagnosed ADHD — so they then connected with a developmental pediatrician and eventually got a diagnosis that made sense. 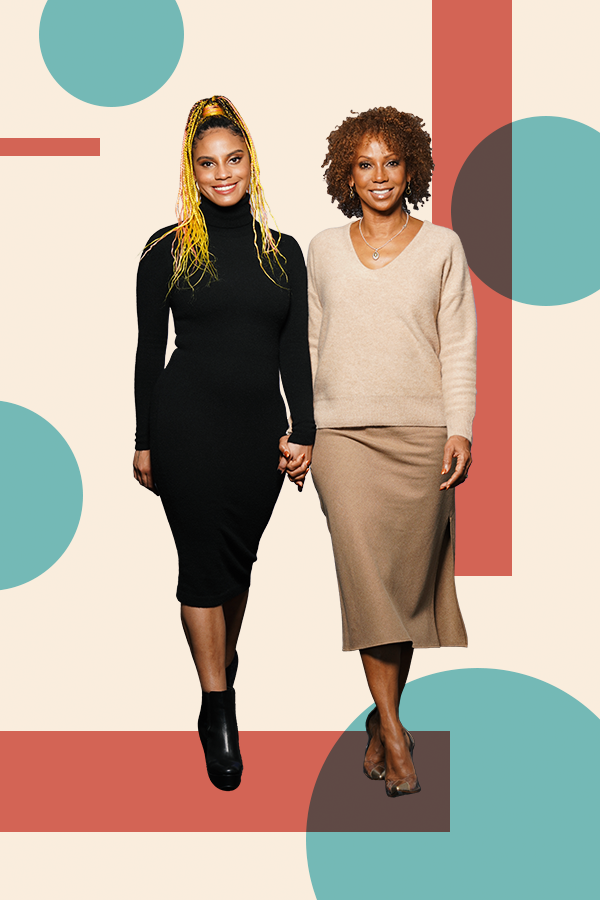 “I thought that there was just something wrong with me, and when I finally got the ADHD diagnosis, it was such a relief, because I felt like, ‘I don’t have to beat myself up anymore. There’s a label for what this is,’” Ryan, 24, tells SheKnows about her diagnosis at 14 years old. “I can adjust my life and move forward. I can find things that work with me.”

After receiving her diagnosis in high school, navigating the college admissions process was easier for Ryan. She only applied to schools that were SAT and ACT optional. She also took to hobbies that helped her cope with her ADHD: A singer-songwriter, Ryan says that she’s found “music has been really helpful.” She’s also found walking to be a way to cope when she needs some release: “When I get really overwhelmed and anxious, I’ll walk.”

What’s more, Ryan is now working with her mother to raise awareness about ADHD and share their story and their work with the site MoretoADHD.com: “I feel very honored to be a part of this campaign,” says Ryan.

“I wish we had had this resource,” Holly says. “And that’s what I love about this campaign. It’s not just about treatment and how to treat it: It’s really just about embracing the neurodiversity that we have in this community.”

Before you go, check out the mental health apps we love for a little extra mind, body, spirit TLC: