MIKEL ARTETA is eyeing up a huge squad shake-up this summer in his bid to secure Arsenal European football.

The Gunners have finished in eighth spot in each of the previous two campaigns, though they missed out on a top four spot in the 2020-21 season by just six points. 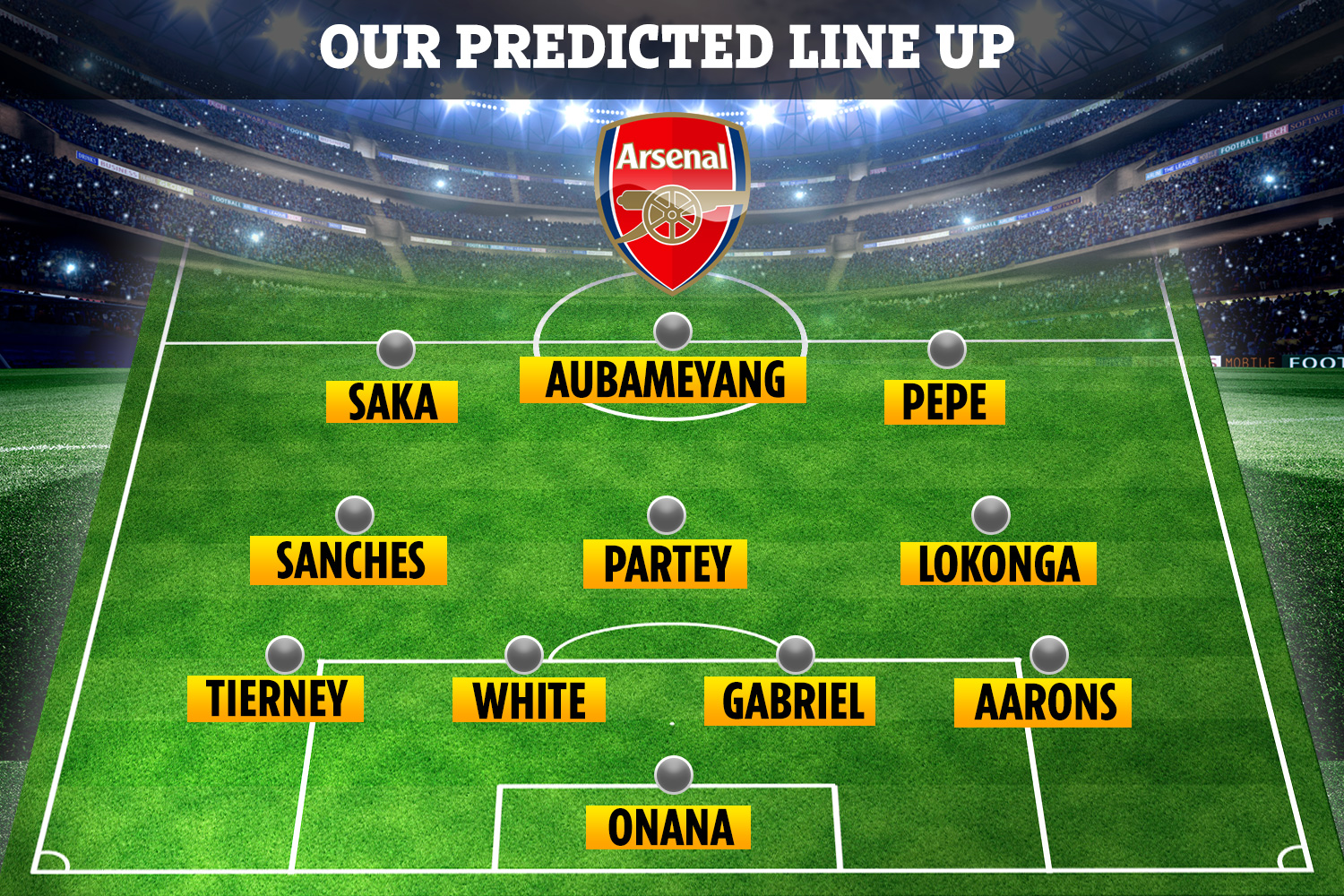 For the first time since 1995, the North Londoners will not be competing in any European competition.

But the Arsenal board are keeping faith in Spanish gaffer Arteta, who has already won the FA Cup and Community Shield since his appointment in December 2019.

And the ex-Manchester City assistant manager will be given funds to strengthen his team in what is expected to be a busy transfer window at the Emirates.

Here SunSport takes a look at how Arsenal could start next season.

Despite being the club's No1 goalkeeper for the past three years, Bernd Leno is facing an uncertain future following a poor campaign.

A number of errors has reportedly seen him be placed on the transfer list, with the German one of a number of players poised to depart.

Should he be sold, Ajax shot-stopper Andre Onana could be brought in, with the Cameroonian on Arsenal's radar.

Right-back Hector Bellerin is also set to leave after ten years at the club as Inter Milan weigh up a move following Achraf Hakimi's impending switch to Paris Saint-Germain. 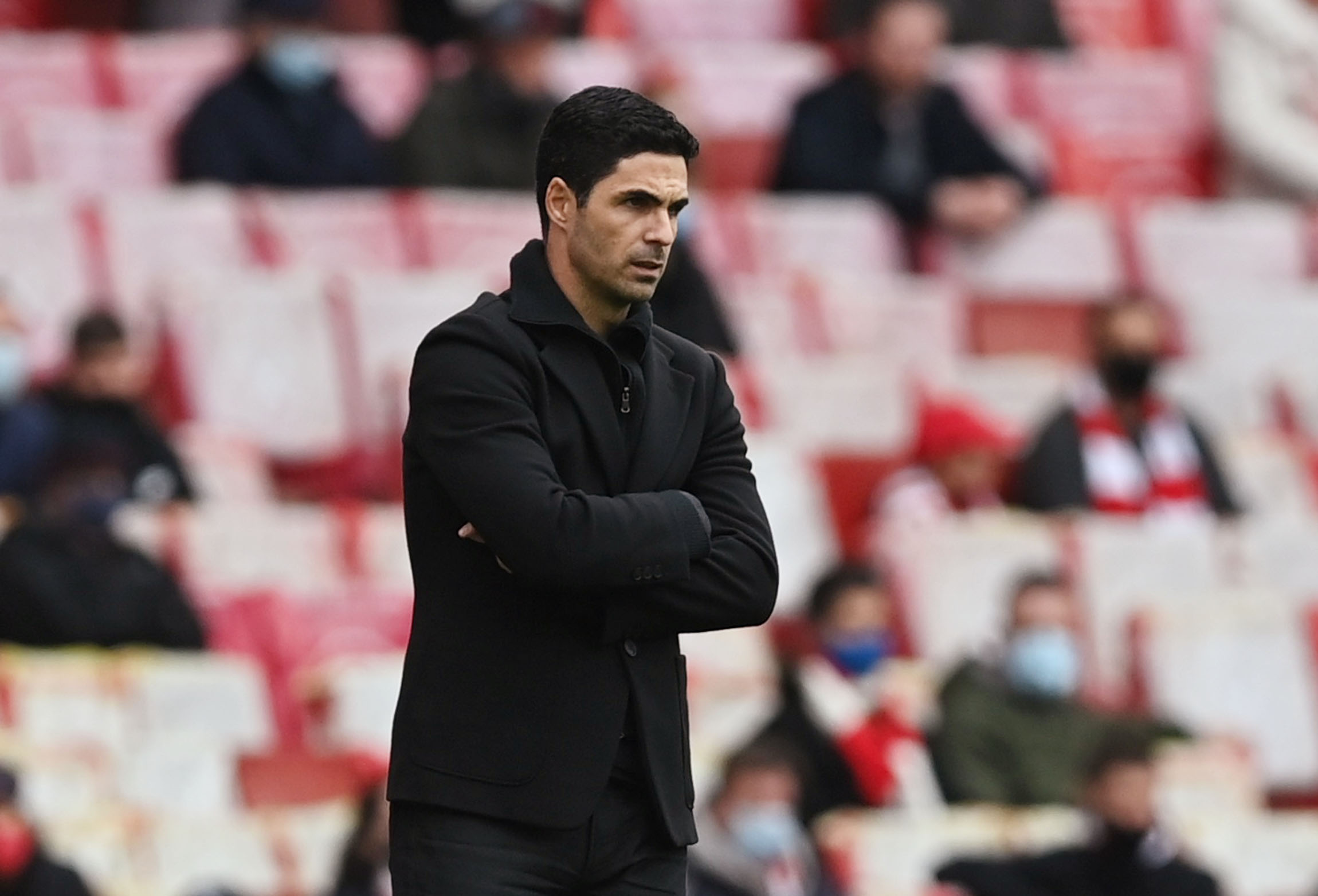 Norwich's Max Aarons has been linked in the past, and Arsenal could step up their interest in him once Bellerin moves on.

Aarons could be joined by his English compatriot Ben White at the Emirates, with the Brighton centre-back the subject of two failed bids.

Arsenal are understood to be confident of securing his services at the third time of asking, and should he join, he would likely partner Gabriel in the heart of defence.

Left-back Kieran Tierney would complete the back four with the Scotland international recently penning a new long-term contract.

After an underwhelming first year in England, Thomas Partey would keep his place in midfield with Arteta hopeful the £45million will prove his worth.

And he could play alongside two new arrivals, with the likes of Granit Xhaka, Matteo Guendouzi and Lucas Torreira on the cusp of being offloaded.

One player that is believed to be close to joining Arsenal is Anderlecht skipper Albert Sambi Lokonga, 21, who has already agreed personal terms.

Arsenal have also been linked with a shock move for Lille ace Renato Sanches after he helped the French side win their first Ligue 1 title since 2011.

The Portugal ace starred at Euro 2020 leading Arsenal to ask Lille to keep them informed on any potential developments regarding his future.

Starting on the right wing could be Nicolas Pepe following his superb run at the end of the season.

Pepe banged in five goals in his last three Premier League outings to bring his total tally for the campaign to 16.

Teenager starlet Bukayo Saka, 19, would likely start on the opposite flank having established himself as a key player under Arteta.

And captain Pierre-Emerick Aubameyang could lead the line despite finding the back of the net just ten times in 29 top-flight appearances.