If the UK does badly at Eurovision, it won't be because of 'politics' 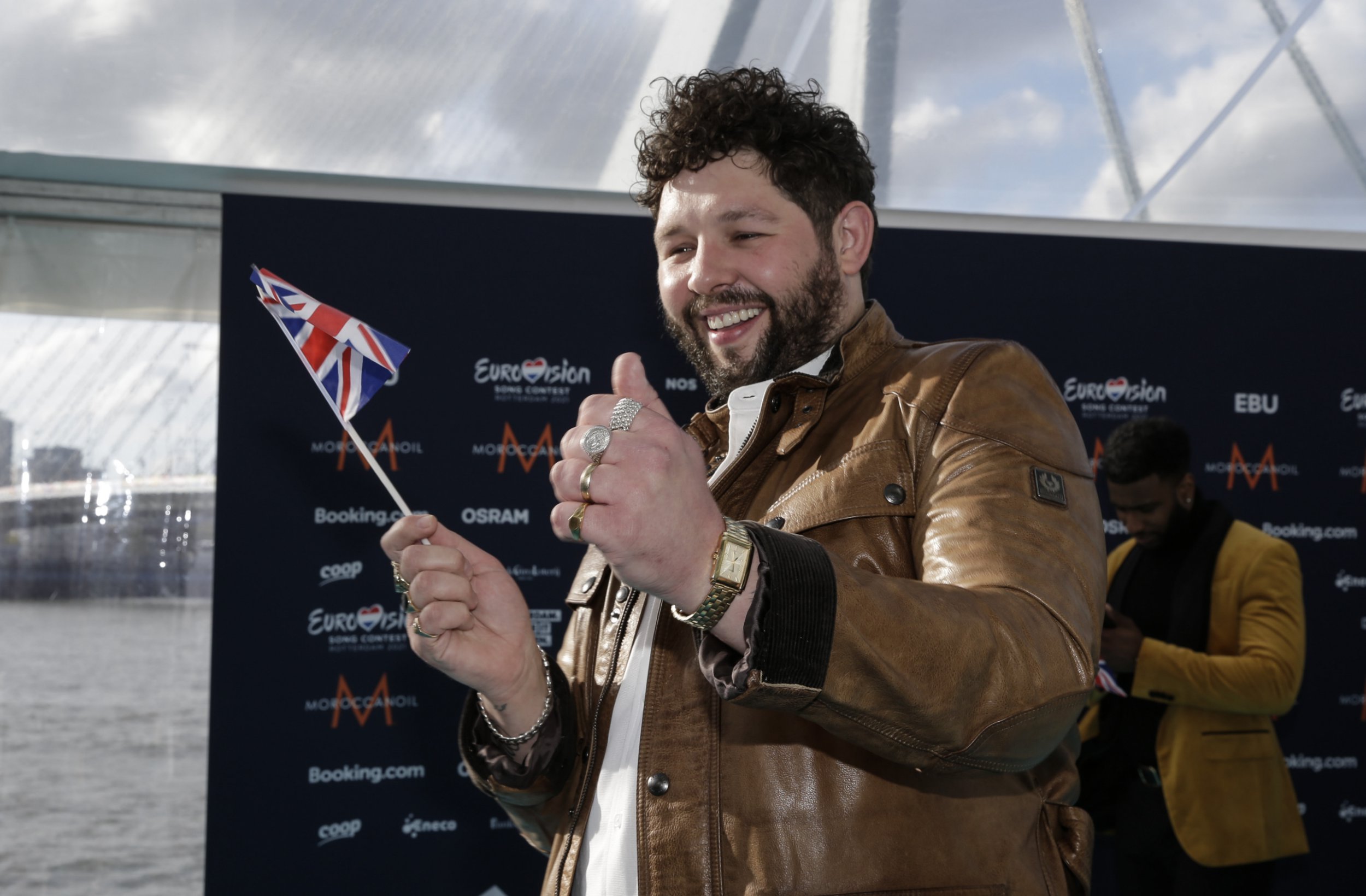 A week of joy, frivolity, pyrotechnics, technical difficulties and the United Kingdom complaining that nobody ever votes for them anymore before James Newman has even stepped on the stage.

On this morning’s edition of Good Morning Britain, Pat Sharp suggested that the UK should boycott the song contest, claiming that changes in musical trends and bloc voting will mean the UK will never win again.

‘It’s all got a bit too trendy. It has become so political as it’s all to do with the neighbours. We don’t have any neighbours and we have even less now because of Brexit.’

There it is – Brexit. Ever since the UK voted to leave the European Union, Eurovision critics have whined that the referendum is the reason the rest of Europe won’t hand the UK Eurovision glory. Sure, the results haven’t been great in the last two years – Michael Rice came dead last in 2019, and SuRie came 24th after a stage invader interrupted her performance.

But the year after Brexit, Lucie Jones gave the UK their best result since 2011, coming 15th. And to blame the UK’s woes on Brexit is ignoring the fact they didn’t win between 1998 and 2016 either. In 2002, Jessica Garlick came third, but the following year, Jemini had their infamous nul point disaster, and the UK came last again in 2008 and 2010.

Well, if it’s not Brexit, it’s still politics, right? Eurovision is notorious for its bloc voting, with countries handing out 12 points to their neighbours with a sly wink so often you can predict how the votes are going to go. Well… no, not really.

Of course, neighbours do vote for one another – Ireland were responsible for the sole three points the UK got in the public vote in 2019. For example, Armenia – who are not competing this year – tends to get high numbers of televotes from other former Soviet states.

But neighbourly votes don’t just come down to politics, but cultural commonalities like similar musical trends and tastes, languages and the diaspora. Armenia tends to do well with France, Belgium and The Netherlands, due to the Armenian diaspora in these countries.

Eastern countries will probably warm to songs that draw on traditional Eastern influences, while the Scandinavians can bond over shared culture.

While outsiders looking in may think that political situations like the Brexit referendum can cause a knock-on effect, the past and present prove otherwise. In 2014, Russia’s entry Tolmachevy Sisters were booed loudly upon qualifying due to Russia’s stance on LGBTQ+ rights. They went on to come 7th in the final.

Meanwhile, on Tuesday night, Israel qualified for the 2021 final over Ireland, Australia, Croatia, North Macedonia, Slovenia and Romania, despite the country’s continued airstrikes on Gaza.

If voting blocs and political motivation were the reasons the United Kingdom were losing out, then the same countries should be coming out on top each year. But again, this is not the case. In 2017, the top four was made up of Portugal, Bulgaria, Moldova and Belgium, four countries who had never really impressed in previous years, and Portugal won, after their best prior result was sixth place in 1996.

Reigning champion Duncan Laurence won for The Netherlands in 2019, over 40 years after they last won (so really, 24 years for the UK isn’t all that bad), and after they failed to qualify eight years in a row between 2005 and 2012. The same year, North Macedonia ranked in the top 10 and won the jury vote, despite never having reached the top 10 before.

And this year, some of the favourites to win are hardly Eurovision kingpins. Malta has never won the contest, Italy hasn’t won since 1990 (although they came second in 2019), France hasn’t won since 1977, and Switzerland failed to qualify seven times in the last decade.

So what is it? Why doesn’t Europe fawn over the UK anymore, when they previously won five times with all-time Eurovision classics?

There’s many reasons, but one of the main ones is the attitude and lack of effort. For the most part, the Eurovision Song Contest is treated with gentle mockery at best, disdain at worst from the UK public. It is mocked as a relic and a platform for European weirdness, with casual viewers focusing on the silliness, nonsense lyrics and flamboyant costumes.

Of course, this is part of the reason we love Eurovision so much, but for every ludicrous performance (see Germany’s 2021 entry dancing with a giant finger) there is a potential chart smash (Malta has essentially sent a Lizzo track this year). But the vast majority of the UK sneers at Eurovision and only tunes in on the week of the song contest, moaning about whoever the UK has sent.

Eurovision isn’t a one-week thing for most participating countries. Sweden – the most successful country at the song contest this century – does so well because it lives and breathes Eurovision. Their national selection competition Melodifestivalen runs over six weeks of live shows, and it is an honour to win the chance to represent their country.

The country’s top songwriters produce songs for established and emerging artists alike, and it works – Sweden has won twice this century and reached the top 10 eight times in the last decade.

Other countries including Norway, Iceland and Italy throw their all into national selections, and there’s a genuine buzz around the contest in the months running up to it. Meanwhile, the UK entry gets very little fanfare or radio play and your average Brit couldn’t name their representative up until the week of the contest – heck, I bet a lot of people couldn’t even name him now.

And you wonder why the UK doesn’t receive a warm welcome when it essentially shows up late with a hangover, clutching for dear life onto an iced latte.

Writing and singing Embers, James Newman has actually brought a good song to Rotterdam this year, and now that some much-needed pyro has been added to his stage show, it could be a great performance. He has promoted his song well and is an all-round lovely guy.

So it won’t be his fault if Embers doesn’t make it to the left hand side of the scoreboard this Saturday, but it also won’t be the fault of Brexit, or voting blocs. It will be the United Kingdom’s sliding chart of apathy to sneering that will mean that Europe isn’t falling over itself to hand out douze points. Why reward the bare minimum?

England has never won the Euros, and hasn’t won the World Cup since 1966, but you don’t see people calling for the team to boycott UEFA or FIFA. Because the public gets behind the team and loves the game.

If you want to do well at Eurovision, you have to do the same for the UK’s entry – because in this contest, passion and enthusiasm count for way more than what’s happening in Brussels.