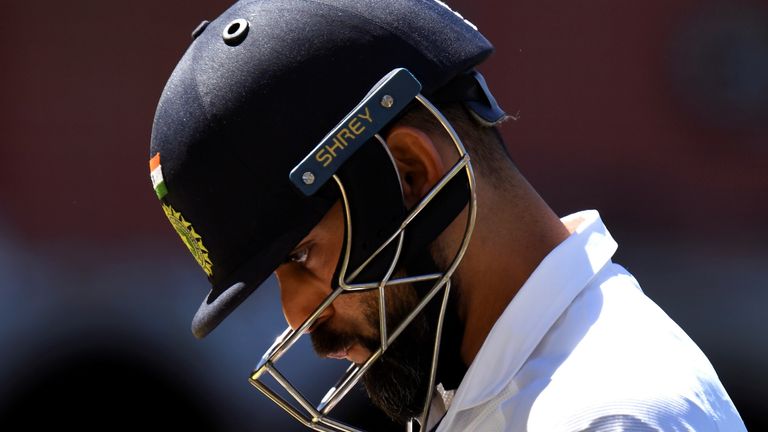 India were skittled for 36 – their lowest-ever Test score – during a stunning passage of play as Australia romped to an eight-wicket win inside three days of the pink-ball Test in Adelaide.

India, who resumed day three on 9-1 with a lead of 62, lost eight wickets for 27 runs before Mohammed Shami injured his arm while facing Pat Cummins and had to retire hurt.

Josh Hazlewood took 5-8 from five overs, while Cummins snared 4-21 from 10.2 as the tourists’ innings lasted only 21.2 overs – opener Mayank Agarwal top-scoring with a paltry nine as India disintegrated.

Virat Kohli’s side’s meagre total was the joint-fifth lowest total in Test history and the lowest seen in the format since 1955 when New Zealand were bowled out for only 26 by England in Auckland. 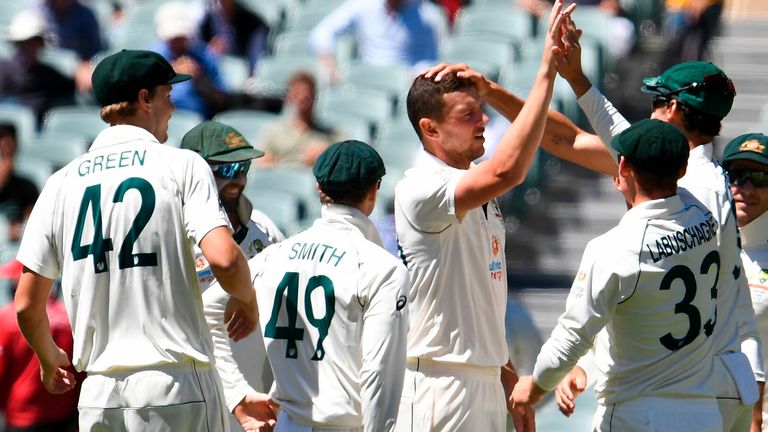 Australia reached their target of 90 in 21 overs for the loss of only Matthew Wade (33) and Marnus Labuschagne (6), with opener Joe Burns (51no) smashing the match-winning six off Umesh Yadav over fine-leg.

The home side have moved move 1-0 up in the four-match series, which continues in Melbourne from Boxing Day, with Hazlewood and Cummins the architects of the victory.

Cummins began the procession of wickets when he caught nightwatchman Jasprit Bumrah (2) off his own bowling in the second over of the day and then followed that by having Cheteshwar Pujara (0) caught behind in the sixth.

India had tumbled from 15-1 to 15-5 when Hazlewood began his spell with a double-wicket maiden, the lofty paceman forcing Agarwal and Ajinkya Rahane (0) to snick behind to wicketkeeper Tim Paine. 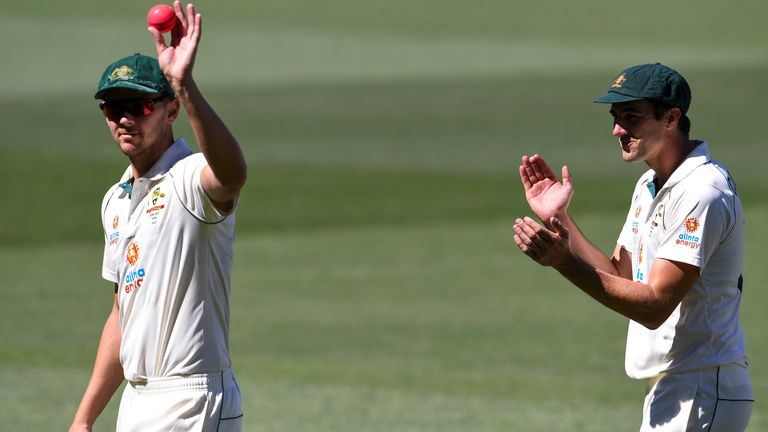 Cummins then had Kohli (4) caught by a juggling Cameron Green at gully in the next over after the India captain – who is flying home after this Test to be with his pregnant wife and will miss the final three games of the series – attempted a cover drive.

Four overs went by without another wicket, only for Hazlewood to then strike from successive deliveries as Wriddhiman Saha (4) chipped to midwicket and Ravichandran Ashwin (0) edged his first ball behind.

Ashwin’s wicket was Hazlewood’s 200th scalp in Test cricket and he made that 201 and a five-wicket haul on the day when Hanuma Vihari (8) was caught behind a couple of overs later.

India were 31-9 at that stage and after Shami shovelled away a single and Umesh (4no) top-edged Hazlewood for four, the visitors’ dismal innings came to a close when Shami retired after being struck by a Cummins bouncer.