Kanye West ‘likes where things are headed’ with Irina Shayk

Amid Page Six’s exclusive reveal that the two stars are dating, the 35-year-old supermodel stepped out in NYC on Wednesday wearing a casual outfit with a super sexy twist.

Shayk paired a black strapless corset from Are You Am I ($295) with ultra low-rise jeans that showed off the tops of her hips.

She completed the look with Both combat boots ($705), and later added a leather jacket while spending time with daughter Lea, whom she shares with ex Bradley Cooper.

It seems Shayk is yet another famous proponent of the return of low-rise jeans, despite the style’s universally unflattering silhouette. 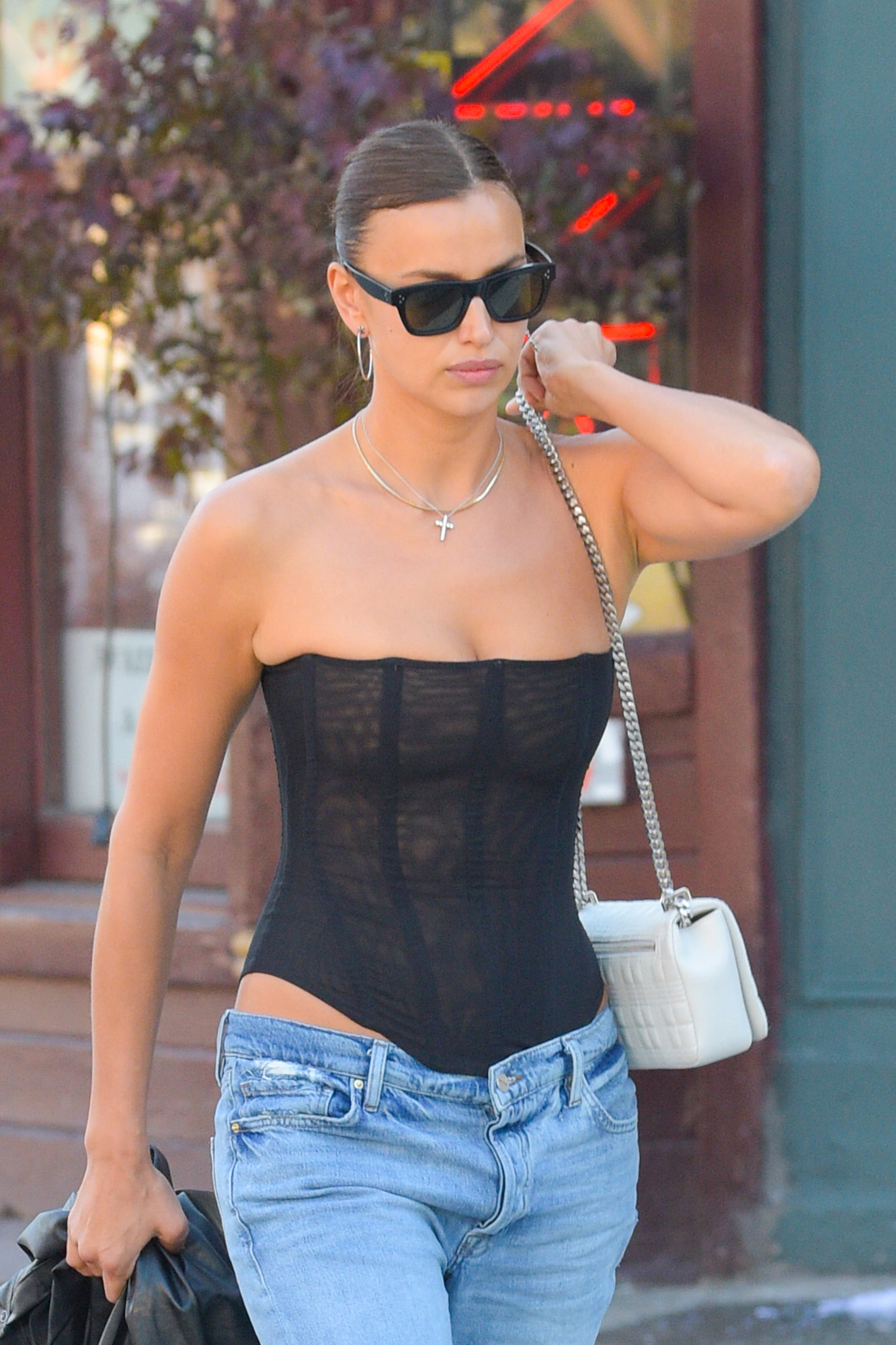 Shayk and West, who split from Kim Kardashian earlier this year, have been seeing each other for several weeks.

The two spent time in France, where they were first photographed as a couple, for West’s 44th birthday earlier this month.

The rapper famously cleared out Kardashian’s closet and totally revamped her wardrobe when they first started dating.

Though Shayk is already super tight with Riccardo Tisci, who reportedly inspired West to enter the fashion world, it’s possible that we could see her sporting more Yeezy-inspired designs in the near future.

In fact, before the couple made their public debut, Shayk donned a DMX tribute T-shirt that West designed with Balenciaga.