Is Prince Andrew Really Hiding Behind The Queen To Avoid His Legal Troubles? 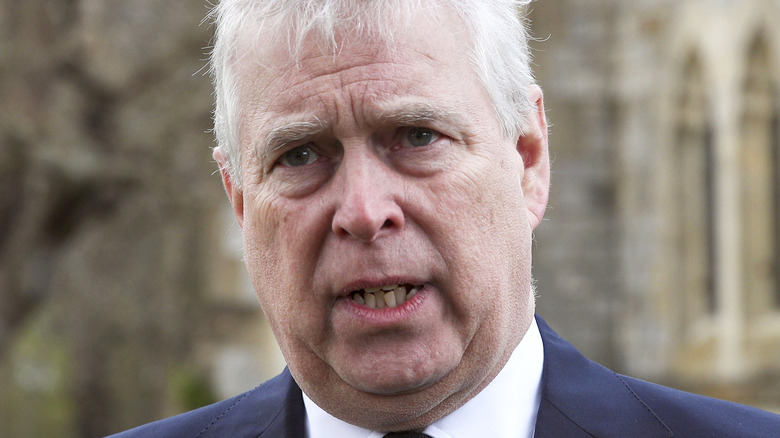 Prince Andrew’s relationship with his mother, Queen Elizabeth, is well documented, be it by various members of the media or by Netflix’s “The Crown.” These accounts have positioned Andrew as the favorite child, and royal historians like Ed Owens say there is a reason for this. Owens notes that by the time Andrew and younger brother Edward were born, “the queen’s public routine in Britain was more settled and overseas affairs, most notably colonial independence ceremonies, were overseen by other members of the royal family. This gave Elizabeth II more time to spend with her younger sons and she adopted a more hands-on approach to raising the boys” (via History Extra).

This is partly why media reports say it came as no surprise that Prince Andrew opted to travel up to Scotland to spend time with the queen during the summer, at a time when a civil suit was filed against him by one of Jeffrey Epstein’s victims, Virginia Giuffre, who claims Andrew sexually abused her when she was under 18 (via The New York Times).

If you or anyone you know has been a victim of sexual assault, help is available. Visit the Rape, Abuse & Incest National Network website or contact RAINN’s National Helpline at 1-800-656-HOPE (4673).

Prince Andrew may be taking advantage of sovereign immunity 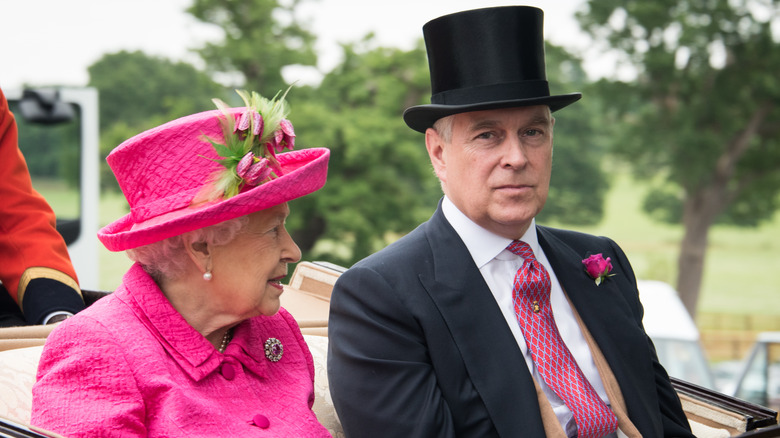 Royal watchers believe the reason Prince Andrew decided to spend time with his mother in Scotland is because he cannot be arrested in the presence of the queen. Wales Online quotes the royal family’s website as saying that: “Although civil and criminal proceedings cannot be taken against the sovereign as a person under U.K. law, the Queen is careful to ensure that all her activities in her personal capacity are carried out in strict accordance with the law,” and members of the royal family cannot be arrested in the queen’s presence or within the area surrounding a royal palace. As such, they have accused Andrew of hiding behind his mother’s skirts (via The Mirror).

Andrew’s lawyers say that thus far, their client has not been served the legal files relating to Victoria Giuffre’s lawsuit. But Giuffre’s lawyers say the documents were handed to a member of the Metropolitan police who was seen at Andrew’s Windsor Great Park estate toward the end of August 2021, as they could not find any members of Andrew’s staff. Giuffre’s lawyers say they also sent copies to Andrew’s email address, to his lawyers, and to his home, by post (via The Guardian). As CNN points out, the case cannot move on until the courts decide whether Prince Andrew was properly served documents relating to it.