Is the new post-Brexit passport blue, black, or GREEN?

Home Office video leaves Brits divided over the colour of the new post-Brexit passport – so is it blue, black, or even GREEN?

Britons have been left divided over the colour of the new post-Brexit passport, with many questioning its ‘iconic’ blue shade.

It captioned the tweet: ‘Britons will once again be able to travel with a blue passport when the iconic colour returns for the first time in almost 30 years.’

But many were left baffled, claiming the colour of the cover appears to be black, or even green. 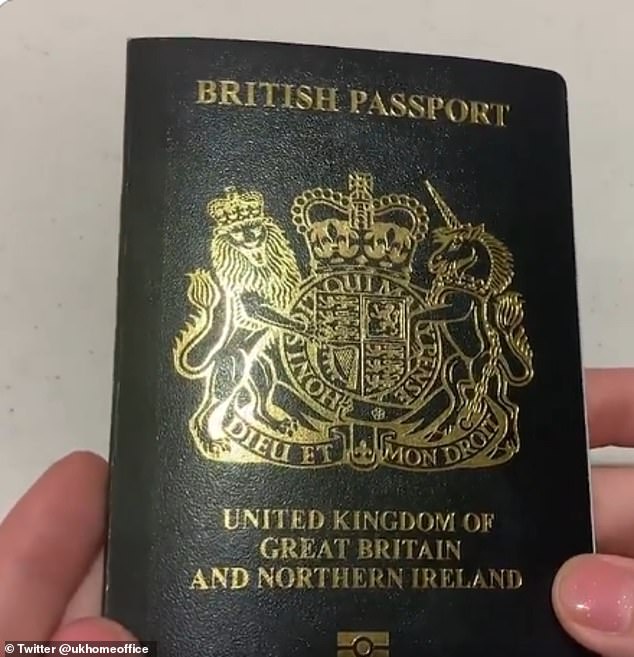 One tweeted: ‘That’s black though right? Or am I missing a trick?’

And one adamant Twitter user wrote: ‘The new passport is not blue or black, it is green. Do not engage in rigorous debate with me on this because I literally do not care what you think, you are colour blind.’ 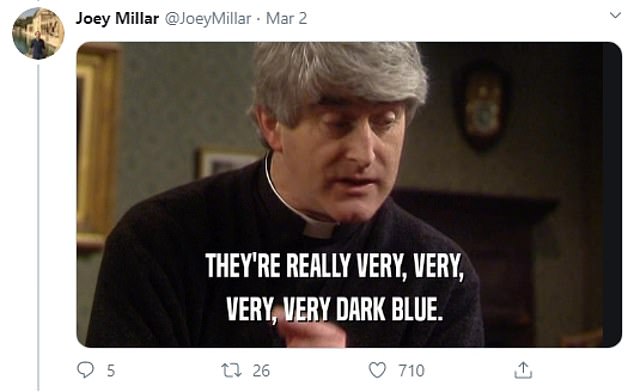 Many Twitter users were left baffled, claiming the colour of the cover appears to be black, or even green

He added that describing colours by names can be imprecise – and pointed out that individuals will have different perspectives.

Professor Westland said if enough blue is added to black, there is a transition point where some people begin to see the colour as blue – but this varies for different people, meaning some will see it as ‘blueish’ black, and others simply black.

A spokesman for the Home Office told the BBC it was close to, if not exactly, a blue numbered as 5395C in the Pantone classification. 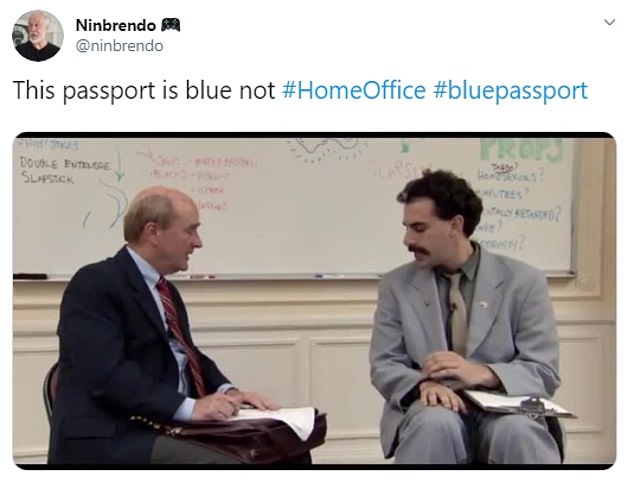 Most people who took part in the argument claimed the document looks black, but one said it’s a shade of grey

The Prime Minister was pictured holding the new travel document on a flight to Newcastle Airport on the day Britain left the EU, in an image released by Downing Street.

The blue passports will be sent out at the end of March – but leftover burgundy stock will be used as a priority to get rid of them. The old ones are set to be phased out by the end of this year.

British passports were dark blue from the inception of the old design in 1920, until 1988 when they were changed to burgundy in line with most EU passports. 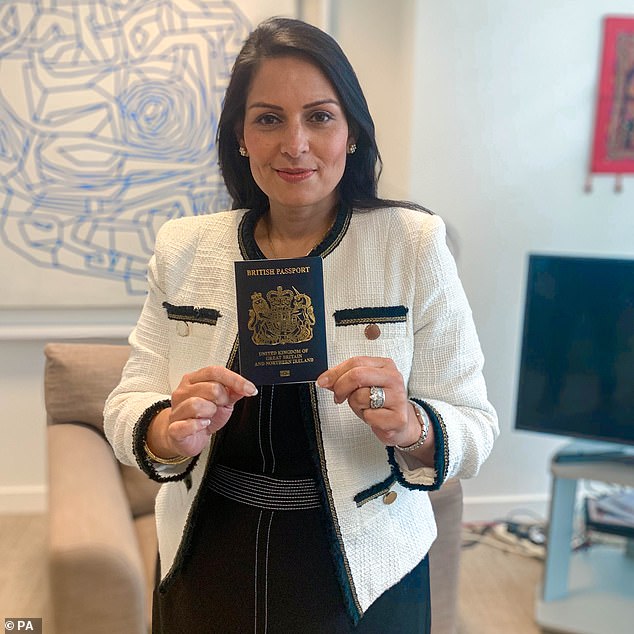 Home Secretary Priti Patel holding a ‘blue’ passport, which will be issued for the first time in almost three decades from next month

The same Home Office Twitter video unveiling the new document was also mocked online for featuring a youthful-looking woman – whose age is listed as 47.

The fictional woman, called Angela Zoe Smith, is listed as having a birthdate of August 1973 – yet many have pointed out that the age doesn’t match the photo – or that the photo isn’t recent.

British travellers are advised to provide recent photographs or face not having their passport application approved. 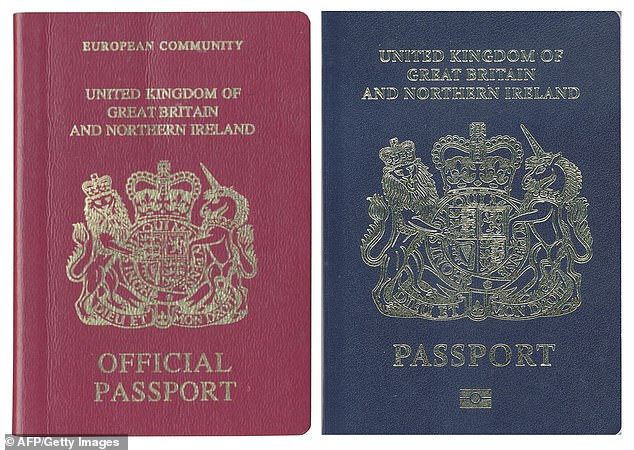 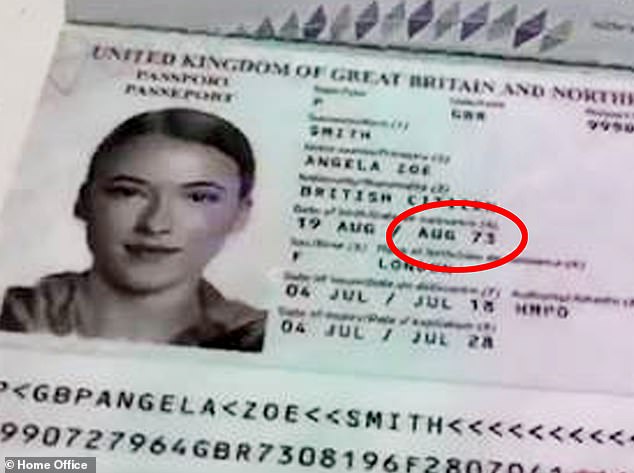 Closer look: August 1973 would make the young woman in the photograph aged 47 – but many Twitter users pointed out she looks much younger