Jamie Oliver: I had break-ins during sugar tax battle 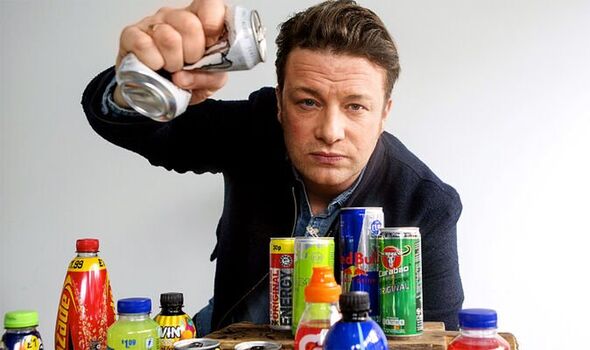 The TV chef was a vocal supporter of the policy, and frequently met with then Prime Minister David Cameron and Chancellor George Osborne before it was brought in.

Manufacturers of soft drinks containing more than 5g of sugar per 100ml have been made to pay a levy of 18p a litre to the Treasury, or 24p a litre for sugar content over 8g per 100ml, since the tax came into force in April 2018.

Mr Oliver, who made an influential show called Sugar Rush before the law was implemented, talked to Dr Michael Mosley about what happened in a Channel 4 documentary “Who Made Britain Fat?, screened tomorrow.

He said: “I think it’s really important for the public to understand that amongst the powerful flows of cash on the planet, the food industry is the mother of all businesses. To think that you can make structural change to reformulation of taxing and not get any grief… I don’t know.

When asked if he ever felt threatened, he relied: “Honestly? I have to be pretty careful what I say. The second I started pre-production on Sugar Rush to the moment that the sugar tax happened is the only time in my life where I’ve had multiple break-ins, huge security digital… you know people getting into our system. I can’t say it has anything to do with that. I can’t prove it. All that I can say is that the 46 years I have lived on this planet the only time any of that ever happened, once let alone multiple times, was in that five month period.”

George Osborne, who was instrumental in developing the new law, also said he felt pressure from the food industry.

He said: “There were really two groups who were against it, there were some kind of old fashioned conservatives, who thought it was like the nanny state. The other group was the industry. Big companies, Coca-Cola, Pepsi, these are some of the biggest companies in the world.

“They did put together a big campaign to try and stop it. They came to see me, and they came to see other members of the government to say this was wrong. And their lobbyists, companies that they employed to represent them also made that point, and they threatened us with an advertising campaign.”

It was hoped that the price rises would put Brits off buying sugary drinks, and it has worked. A study in 2021 found that consumption of sugar from soft drinks has fallen by 10 percent.

However, obesity levels in the UK have continued to increase, and nearly two thirds of us are overweight or obese. A shocking 25 percent of children are obese by the time they get to Year 6, and one in seven children are obese before reception class age.

The documentary marks 30 years since John Major brought in the first piece of official legislation designed to solve the obesity crisis in 1992. It aimed to reduce obesity levels to seven percent by 2005. Instead it increased to 23 percent by 2005, and is at almost 28 percent now.

Since then there have been 689 policies, of which only two percent have had enforceable consequences for the food industry if it did not adhere to new laws.

When Cameron resigned following the Brexit vote, other anti-obesity policies were ditched, including a limit to supermarket buy one get one free offers, and a post-watershed TV fast-food advertising ban.

Dr Moseley summed up: “If you ever wondered why nothing seems to happen and the nation just seems to get fatter and fatter, well that is a perfect example. Really specific and evidence-based recommendations of which only one, the Sugar Tax, gets through, the other really simple stuff essentially just gets binned. And here we are in 2022, two governments later and really only I think because Boris Johnson became ill that some of the ideas in here are getting, finally, resurrected.”