Jennifer Garner is back to working her magic in the kitchen! The Peppermint star, who hosts her own aptly titled Pretend Cooking Show on her social media channels, whipped up a savory snack at the urging of her son, Samuel.

“[My son] said to me yesterday, ‘Mom you have had too much candy. It’s time to stop,’” Garner, 47, explained at the start of an Instagram video posted on Saturday, March 7. “Well, that’s too big, when a kid can tell you you’ve had too much candy, but he didn’t say anything about soft pretzels!”

With her 8-year-old son’s words of wisdom in mind, the Alias alum, who also shares daughters Violet, 14, and Seraphina, 11, with ex-husband Ben Affleck, began preparing the aforementioned salty treat using a recipe she found from culinary pro Alton Brown.

If you’re looking to have a Good Mom Day ?, homemade soft pretzels should do the trick. ♥️?♥️ Perfect for passing back to kids on their way to soccer/swim/ballet/coding/piano ?? (add in @onceuponafarm’s new bottled smoothies and ⭐️⭐️⭐️—sorry, shameless plug, but its true!)…I’ve tried a bunch of recipes ?? and love @altonbrown’s Homemade Soft Pretzels, below. . Ingredients: 1 1/2 cups warm water 1 Tbsp sugar 2 tsp kosher salt 1 pkg active dry yeast 22 oz AP flour (appx. 4 1/2 cups) 2 oz unsalted butter, melted Vegetable oil, for pan 10 cups water 2/3 cup baking soda 1 lg egg yolk beaten with 1 Tbsp water . 1. Combine water, sugar and salt in bowl of a stand mixer and sprinkle yeast on top. Allow to sit for 5 mins, until mixture begins to foam. 2. Add flour and butter and, using dough hook attachment (I START PADDLE//GO HOOK), mix on low speed until well combined. Change to medium speed and knead until dough is smooth and pulls away from side of the bowl, appx. 4-5 mins. Remove dough from bowl, clean bowl and oil it well with vegetable oil. Return dough to the bowl, cover with plastic wrap and sit in a warm place for appx. 50-55 mins, until dough has doubled in size. 3. Preheat oven to 450 degrees F. Line 2 half-sheet pans with parchment paper and lightly brush with vegetable oil. Set aside. 4. Bring 10 cups of water and baking soda to a rolling boil in an 8qt saucepan. 5. In the meantime, turn dough out onto a slightly oiled work surface and divide into 8 equal pieces (I did 16, but think you could even do 24! ??‍♀️). Roll out each piece of dough into a rope. Make a U-shape with the rope, holding ends of the rope, cross them over each other and press onto the bottom of the U in order to form the shape of a pretzel. Place onto parchment-lined pan. 6. Place pretzels into the boiling water, 1 by 1 (I did 2 by 2 and nothing bad happened ?), for 30 seconds. Remove them from water using a large flat spatula. Return to the pan, brush the top of each pretzel with the beaten egg yolk mixture and sprinkle with salt. Bake until dark golden brown in color, appx. 12-14 mins. Transfer to a cooling rack for at least 5 mins before serving. 7. Yum! Yum yum.

She kicked things off by activating yeast. “When you’re activating yeast, you just want to take the chill off,” Garner advised as she combined some “just barely warm” water with dry yeast. “You don’t want to kill the yeast when you’re trying to activate it.”

After adding some sugar and flour to the mixture, per Brown’s instructions, Garner tweaked the recipe a bit. “If you don’t mind sir, I’m going to add the salt here,” she quipped in a remark intended for the 57-year-old chef. While the Good Eats host’s recipe called for the salt to be added to the mixture earlier in the process, Garner worried it would “kill” the yeast so she took matters into her own hands.

“If you’re looking to have a Good Mom Day ?, homemade soft pretzels should do the trick. ♥️♥️ Perfect for passing back to kids on their way to soccer/swim/ballet/coding/piano,” the Once Upon a Farm cofounder noted in the caption. “I’ve tried a bunch of recipes ?? and love @altonbrown’s.” 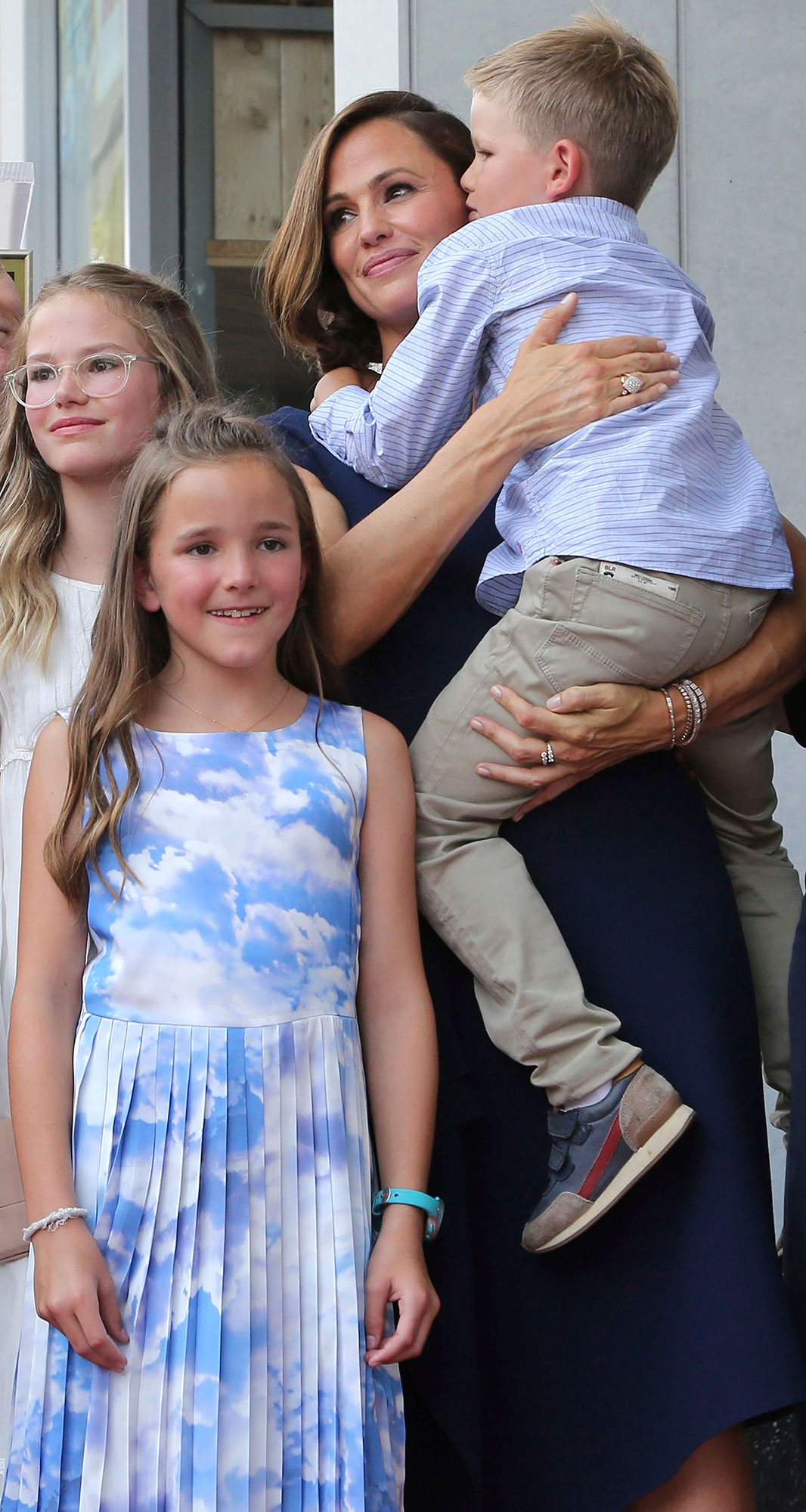 Next up, the Texas native tossed some butter and flour into the bowl before using an electric mixer to combine all of the ingredients. “If you use one of these big mixers, I think it’s worth it to start [with the] paddle [and then] go hook,” she suggested.

After proofing the dough (and talking to it!) Garner shaped her pretzels and briefly placed them into a pot of boiling water before removing them and finishing them off in the oven. “If anyone tries to suggest that you aren’t beautiful – they might be right,” she told her partially cooked pastries. “That’s how my kids now I made it. If it looks just a little sketchy, they know it’s mom.”

Though the pretzels weren’t picture-perfect, Garner still approved of the final product. “Wow!” she exclaimed as she took her first bite and did a little celebration dance. “Lord have mercy this is good!”

On past episodes of her Pretend Cooking Show, Garner has made pumpkin bread, Ina Garten’s lemon chicken and more. However, while cooking with Martha Stewart in July 2018, the Camping alum made to clear she had no desire to host an actual cooking show on TV. “I like doing a three- or four-minute version in my pajamas at my house and I like being here, but no,” she said at the time, when asked about her small screen prospects. “That’s probably as far as I go.”