Key Government Officials Failed To Act On Warnings About Family Separations, According To A New Report

“I told them it was going to traumatize children to separate them unnecessarily,” an ORR staff member said in the report. “I said that to anyone I could.” 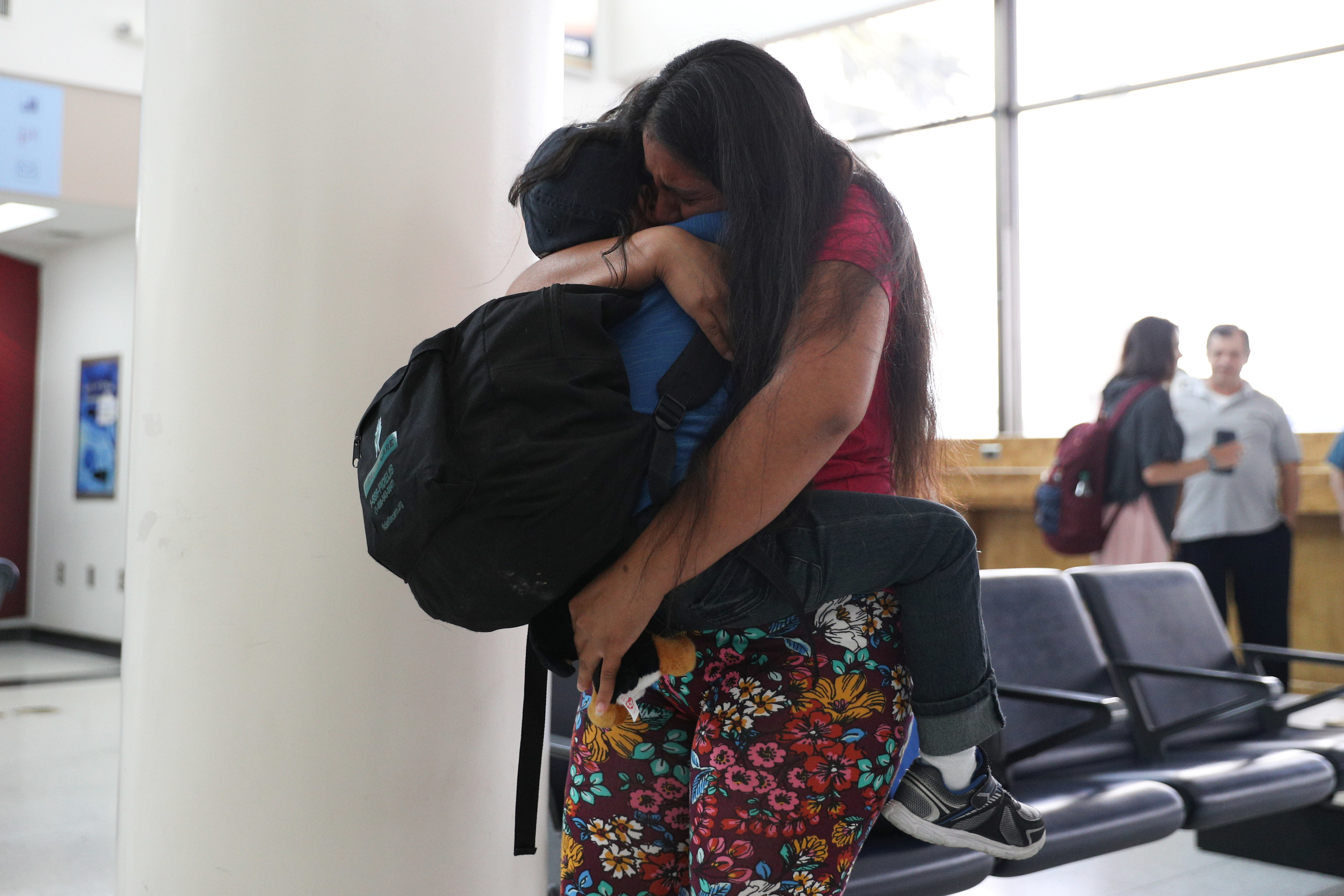 Dunia, an asylum-seeker from Honduras, is reunited with her 5-year-old son Wilman in Brownsville, Texas.

McALLEN, Texas — A government watchdog report released Thursday found that senior officials within a federal agency, tasked with caring for immigrant children, failed to act on staff’s repeated warnings that family separations were occurring, might increase, and that they didn’t have the resources to care for kids in that situation.

The report from the Office of Inspector General (OIG) for the Department of Health and Human Services (HHS) found that as a result of key senior officials failing to act on repeated warnings from staff, the agency, which was central to the Trump administration’s systemic family separations, was not prepared to care for children it received.

In the spring of 2018, the Trump administration announced the so-called zero tolerance policy that led to thousands of children being systematically separated from their parents by immigration authorities. But it was later revealed that the administration had been separating families as early as the summer of 2017 as part of a pilot program.

Investigators found that for months before the Trump administration’s zero tolerance policy was announced, Maggie Wynne, counselor to the secretary for Human Services Policy, Steven Wagner, the acting assistant secretary for Administration for Children and Families (ACF), and Scott Lloyd, director of ORR, disregarded specific, repeated warnings from staff regarding the possibility that DHS would implement family separation. They no longer hold these positions.

Employees within ORR, which manages the unaccompanied minors program, believed they didn’t have enough bed space to accommodate a large increase in separated children and were also concerned about the trauma it would cause.

“OIG found no evidence that these three senior HHS officials took action to protect children’s interests in response to the information and concerns raised by ORR staff,” the report said. 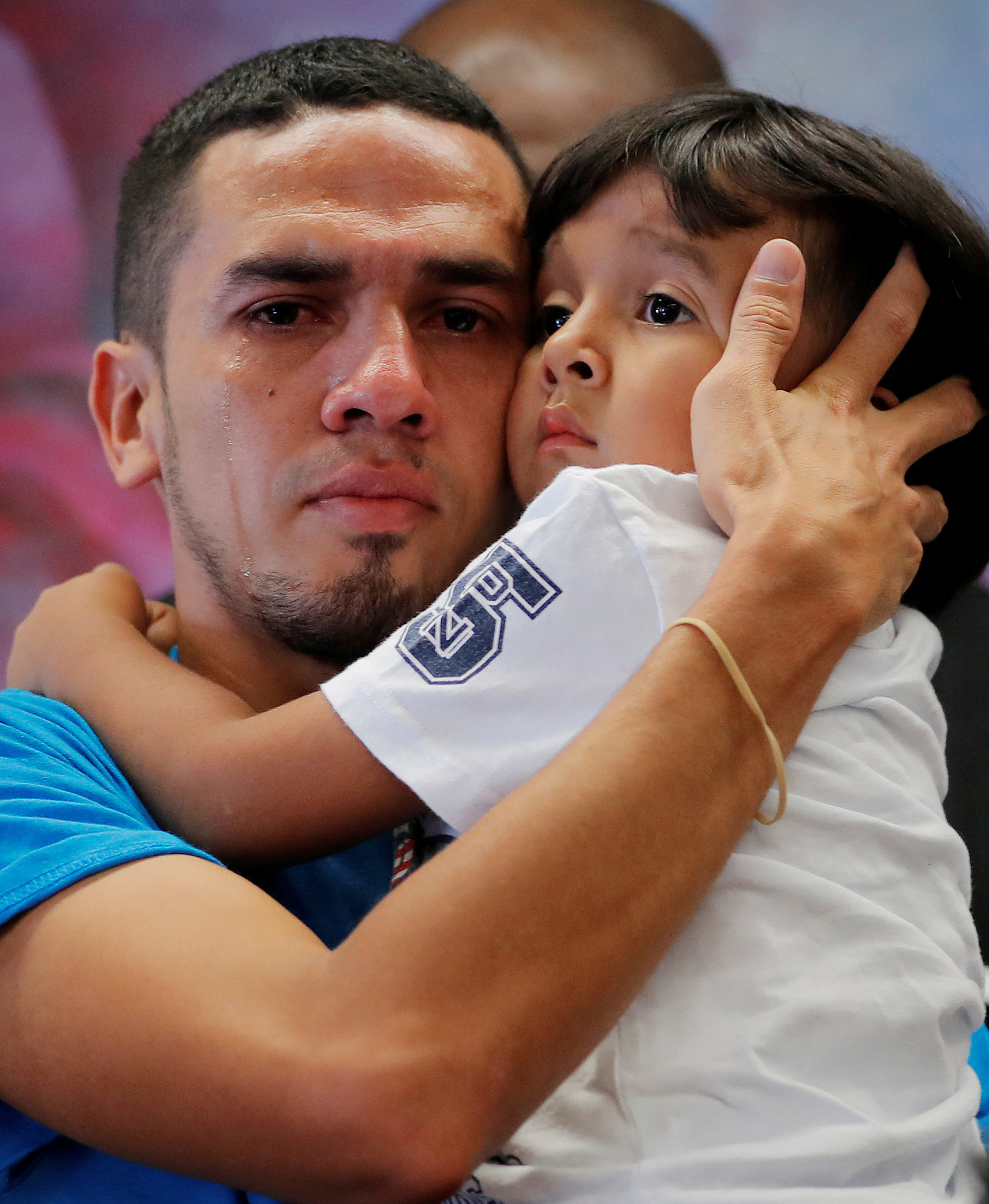 Javier, a 30-year-old from Honduras, holds his 4-year-old son William after they were reunited after being separated for 55 days.

ORR staff noticed an increase in the number of separated children entering the agency’s care in the summer of 2017, when the Trump administration was piloting a program for family separations. By August 2017, the proportion of separated children compared to other kids entering the unaccompanied minors program rose to 3.6%, a more than tenfold increase from the 0.3% of intakes ORR had seen in late 2016.

“I told them it was going to traumatize children to separate them unnecessarily,” an ORR staff member said in the report. “I said that to anyone I could.”

In November 2017, ORR’s then–deputy director for Children’s Programs, alerted Lloyd about the challenges with infants separated from family, specifically a shortage of beds for babies. In general, ORR staff were concerned that systematic family separations would overload their program.

The official also contacted CBP and ICE officials about their concerns, but they did not respond to the issue of family separations, the report said.

In September 2018, while the time the zero tolerance policy was in effect, a government review found that more than 800 children were unlawfully detained by CBP for more than 72 hours before being sent to HHS. CBP said the delay was due to HHS’s inability to quickly accept referrals.

The report also found that senior HHS officials were reluctant to intercede in immigration law or pressed the issue of family separations in interagency forums.

Wagner, the former acting assistant secretary for ACF, told OIG investigators that HHS shouldn’t try to affect immigration policy, regardless of the impact to the unaccompanied minors program, and that the agency should adopt to the policies put in place. Wagner also believed the zero tolerance policy would deter families from coming and result in fewer children entering government care.

“Our participation in immigration policy is very limited and well defined. Our job is to have a bed available for the next child that is brought to us by ICE or CBP. That is what our role is and what we focus on. Our role is limited to that,” Wagner told investigators with OIG.

ORR staff also said the culture within the agency discouraged putting potentially controversial information in writing. After sending an email with concerns about family separations, a superior told the employee their apprehensions shouldn’t have been put in an email.

HHS did not immediately respond to a request for comment.

ACF, a division within HHS, told OIG investigators that it was committed to ensuring that children’s interests are prioritized while in the care of ORR. However, ACF did not describe what actions it would take to address the concerns in the report.