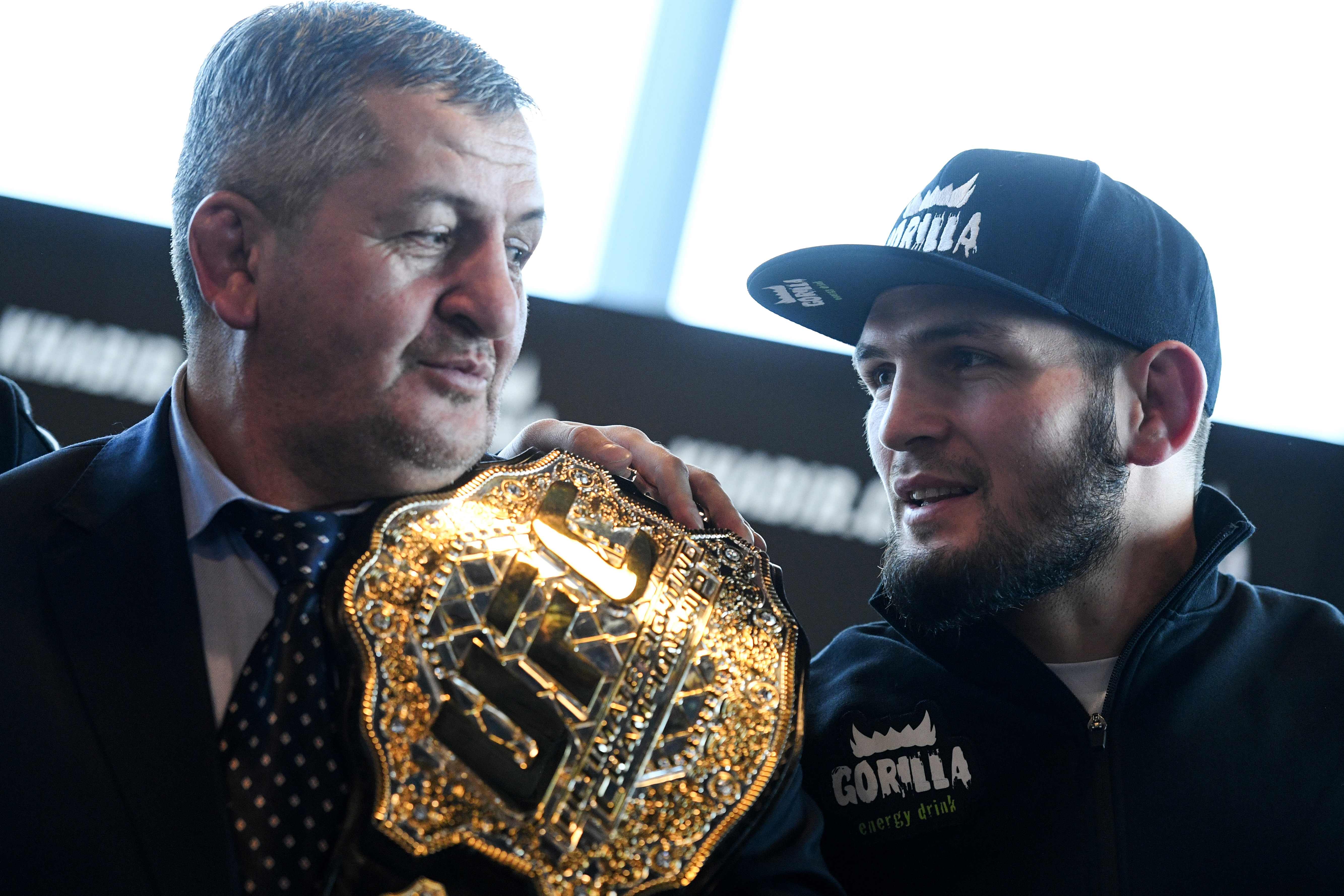 The Irishman's tweet was in reference to the congratulatory message Nurmagomedov sent Dustin Poirier after UFC 264, which read: "Good always defeats evil.

"Very happy for @DustinPoirier I hope you will get the belt end of the year."

McGregor's tweet – which he hastily deleted – sparked outrage in the MMA community, with many condemning the former two-division champion.

And it led some fans to re-share the invitation the late Abuldmanap made to Mystic Mac a few weeks after his son's victory in their UFC 229 grudge match.

Abdulmanap, who was a target of McGregor's unsavoury pre-fight comments, said: "Today I invited Conor to our home.

"Yes, I made this statement. I invited him as a guest.

"He can visit Dagestan. Why not? It's all in the past, we should not stop there, life goes on.

"Our religion should show grace not only in words but also in deeds. If he comes you will see that he will be our dear guest."

If he comes you will see that he will be our dear guest.

Nurmagomedov, who retired from MMA last October, has yet to respond to McGregor's crass jibe.

McGregor, 33, is currently recovering from the broken leg he suffered at the end of the first round of his trilogy fight with Poirier.

The Dubliner successfully underwent surgery and is expected to be on the sidelines for the next year.

And the UFC's poster boy recently revealed he went into the rubber match with 'multiple stress fractures'.

In a six-minute-long Instagram video, he said: “The leg is better than ever.

"I was injured going into the fight. People are asking me, ‘When was the leg broke?

"At what point did the leg break?’ Ask Dana White, ask the UFC, ask Dr. Davidson, the head doctor of the UFC.

"They knew, I had stress fractures in my leg going into that cage.

“There was debate about pulling the thing out because I was sparring without shin pads and I would kick the knee a few times.

"So I had multiple stress fractures in the shin bone above the ankle and then I have trouble with the ankle anyway throughout the years of f***ing fighting all the time."