KIM and Kourtney Kardashian proved they were at the top of their fashion game as they stepped out in matching latex outfits.

Kim put a new twist on the term ‘Sunday best’ as she donned a mustard-hued tie-waist jacket teamed with tight leggings, a turtleneck underneath and barely-there heels.

The Keeping Up With The Kardashians star, 39, slicked her hair back into a severe updo and carried a simple suede clutch.

North, six, proved she was following in her mom’s fashionable footsteps as she wore a black leather jacket and trousers and styled her hair in adorable space buns. 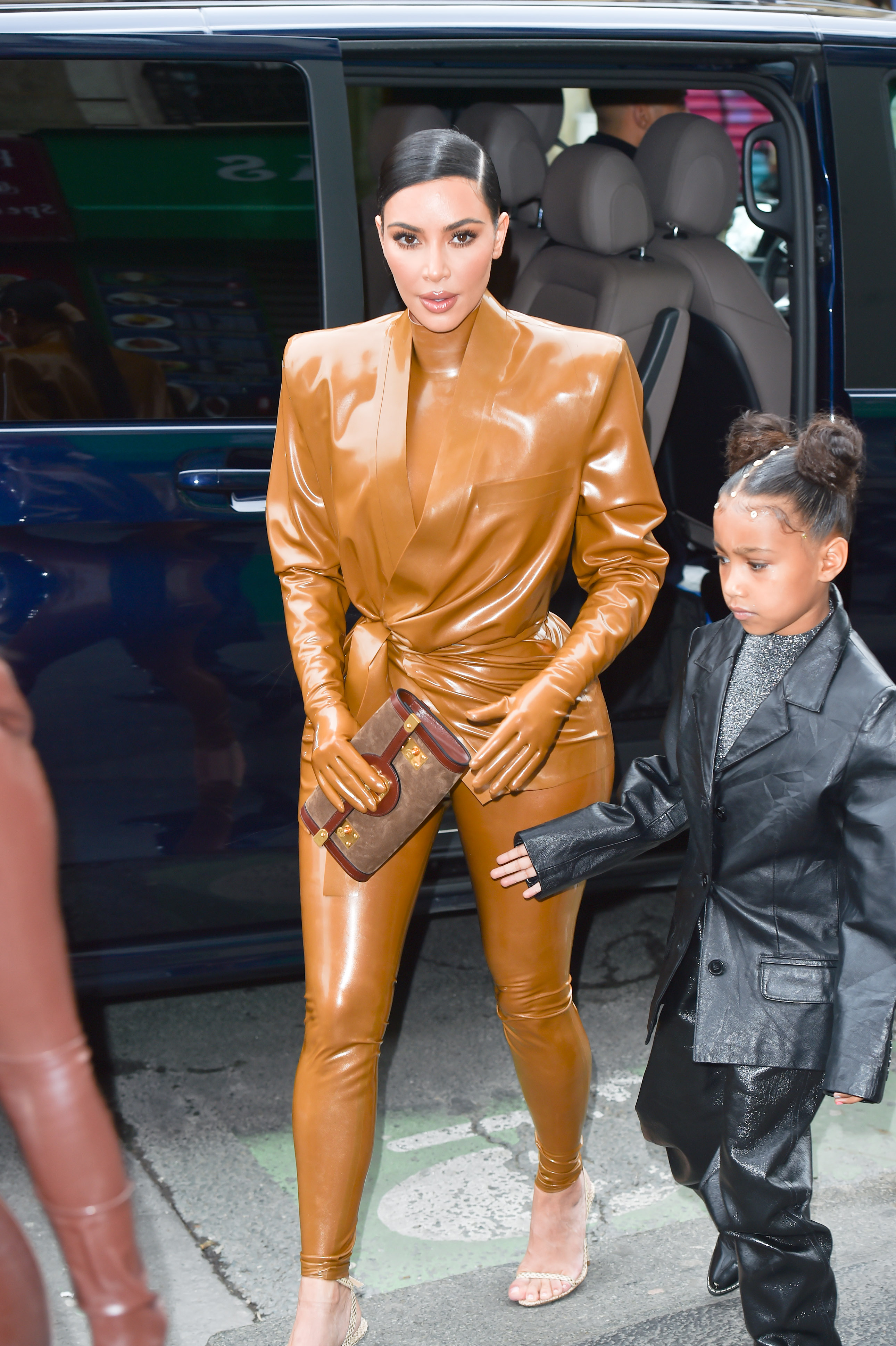 Following closely behind was Kourtney, 40, who kept it chic in a dark brown bodysuit and leggings, as she guided her daughter Penelope, seven, into the service.

Kanye announced his surprise Sunday Service in Paris on Friday.

The rapper’s religious ceremony features a gospel-like choir singing soulful interpretations of his songs and a prayer group. 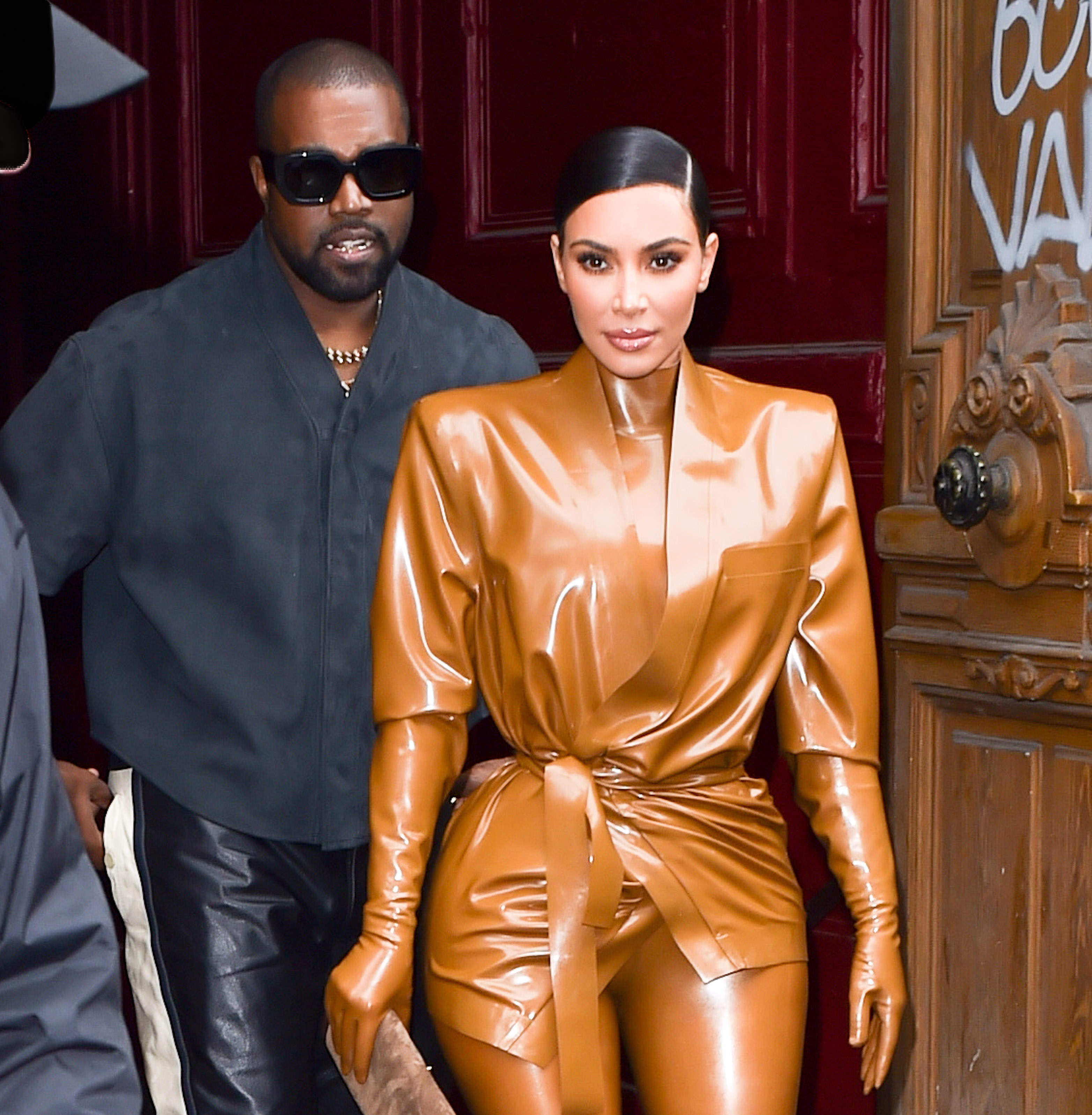 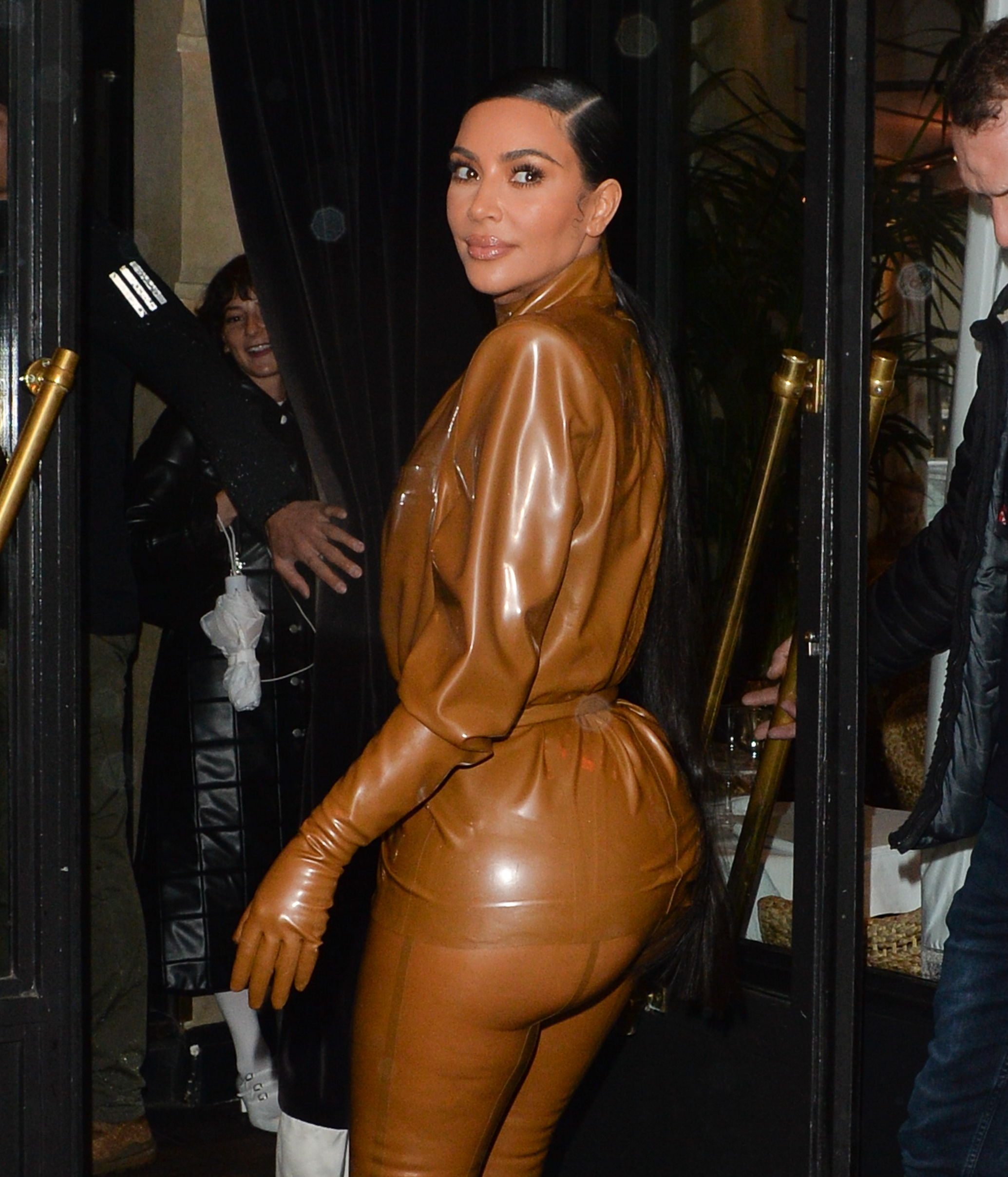 The 42-year-old Yeezy designer rounded off Paris Fashion Week with the popular event, which he’s staged in different cities and festivals like Coachella.

Kanye began Sunday Service shows in a studio in Calabasas, California and has since transformed into a global production, with guests like Brad Pitt and Robert Cooper. 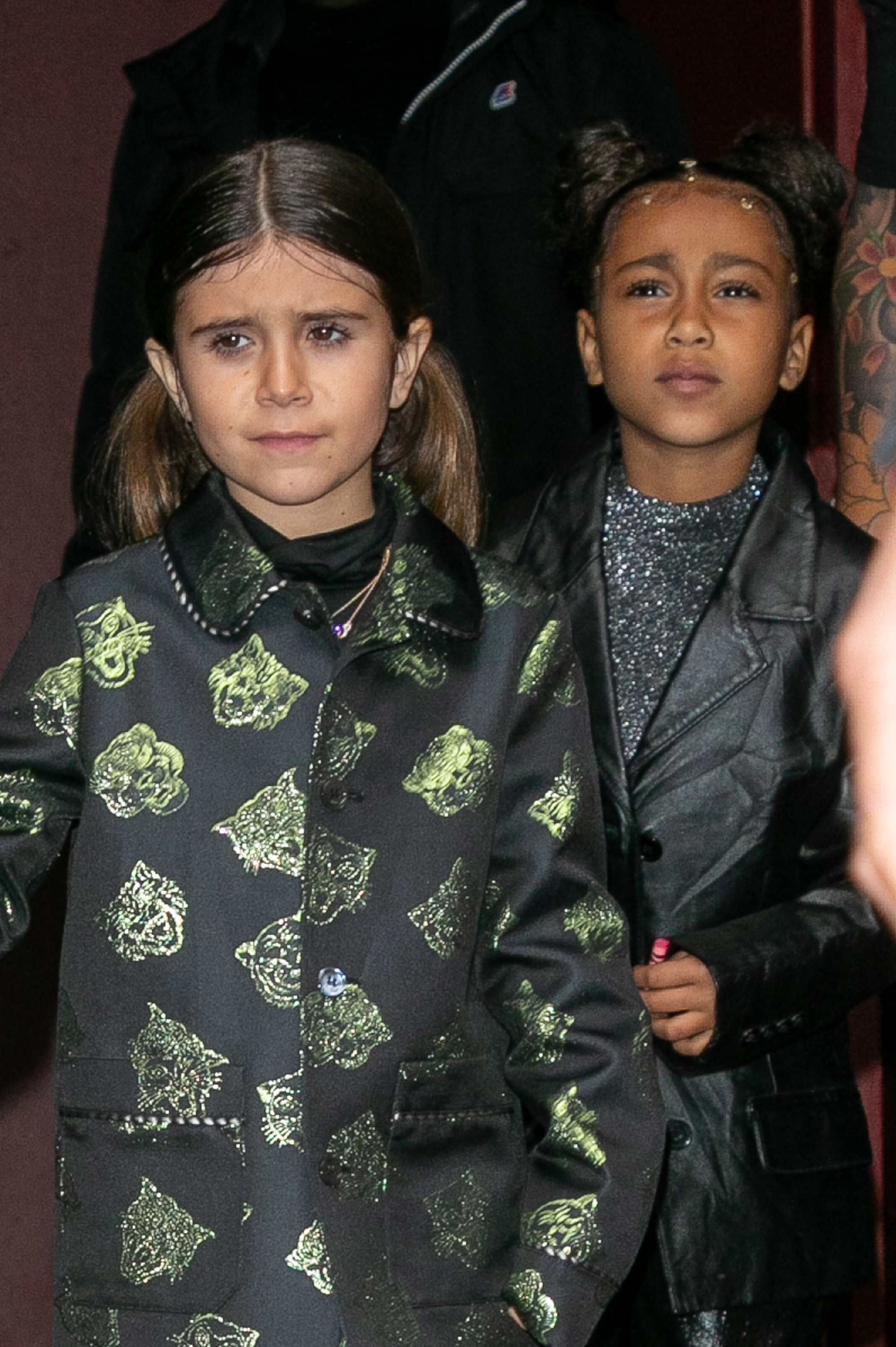 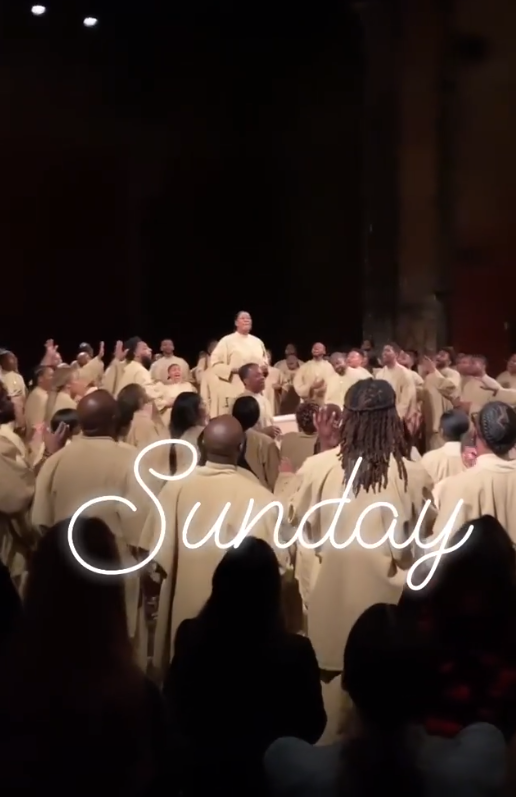 While the services are non-denominational – with the idea to communicate love – they borrow a lot from Black Christian churches.

They are not yet registered under the United States code as a church.

The rapper, 42, is reportedly set to expand his service to Europe and Africa this year, sources close to Kanye told TMZ.

The gossip site also says he is going to create another album gospel album, after releasing Jesus is Born just before Christmas last year.