Shanna Moakler: Liking that Kourtney Kardashian diss was an accident

Shanna Moakler claimed she ended her marriage to Travis Barker because he cheated on her with Kim Kardashian, but a source exclusively told Page Six that’s not true.

“Travis and Kim have never had a romantic relationship,” a source close to the situation insisted on Monday. “They were friends who met through Paris Hilton and that is also how Kourtney and Travis were introduced.”

Moakler and Barker’s daughter, Alabama, recently spread the affair rumor when she took to her Instagram Story to blast her mother, claiming Moakler, 46, was “never completely” in her life and was not an “amazing Mom.”

Alongside her critical message, Alabama, 15, shared a screenshot of a text message purportedly written by Moakler that read in part, “I divorced Travis because I caught him having an affair with Kim! Now he’s in love with her sister…It’s all gross…I’m not the bad guy!”

Barker, 45, has been dating Kourtney Kardashian since earlier this year. Moakler has been less than supportive of the relationship, even calling the new couple’s PDA “weird.” 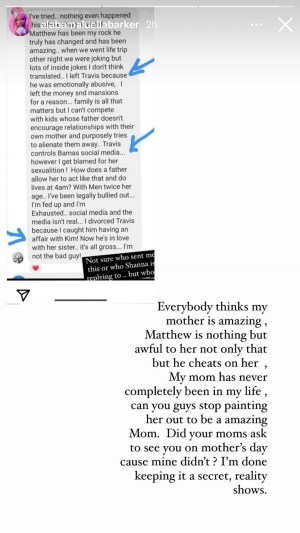 Our insider slammed Moakler for dragging a newly single Kim, 40, into the situation, asserting that the former Playmate is guilty of “spreading lies.”

“It’s a shame that she continues to spread lies, which are not based in truth, and because it’s extremely hurtful to her kids,” the source said. “Hopefully she gets the help that she needs and can eventually find happiness.”

Moakler and Barker married in 2004, separated in 2006 and finalized their divorce in 2008. They share Alabama and 17-year-old son Landon.

After the Blink-182 drummer and Kourtney, 42, started dating, comments he made about Kim in a 2015 Us Weekly interview resurfaced online.

Barker told the mag at the time that he met Kim through Hilton — as our source confirmed — but did admit that he thought the “Keeping Up With the Kardashians” star was “eye candy.”

“How could you not stare at Kim?” the rocker said in 2015. “Mind you, I enjoyed hanging out with Paris, but I love curvy girls. I was no way disrespectful to Paris, but I couldn’t keep my eyes off Kim!” 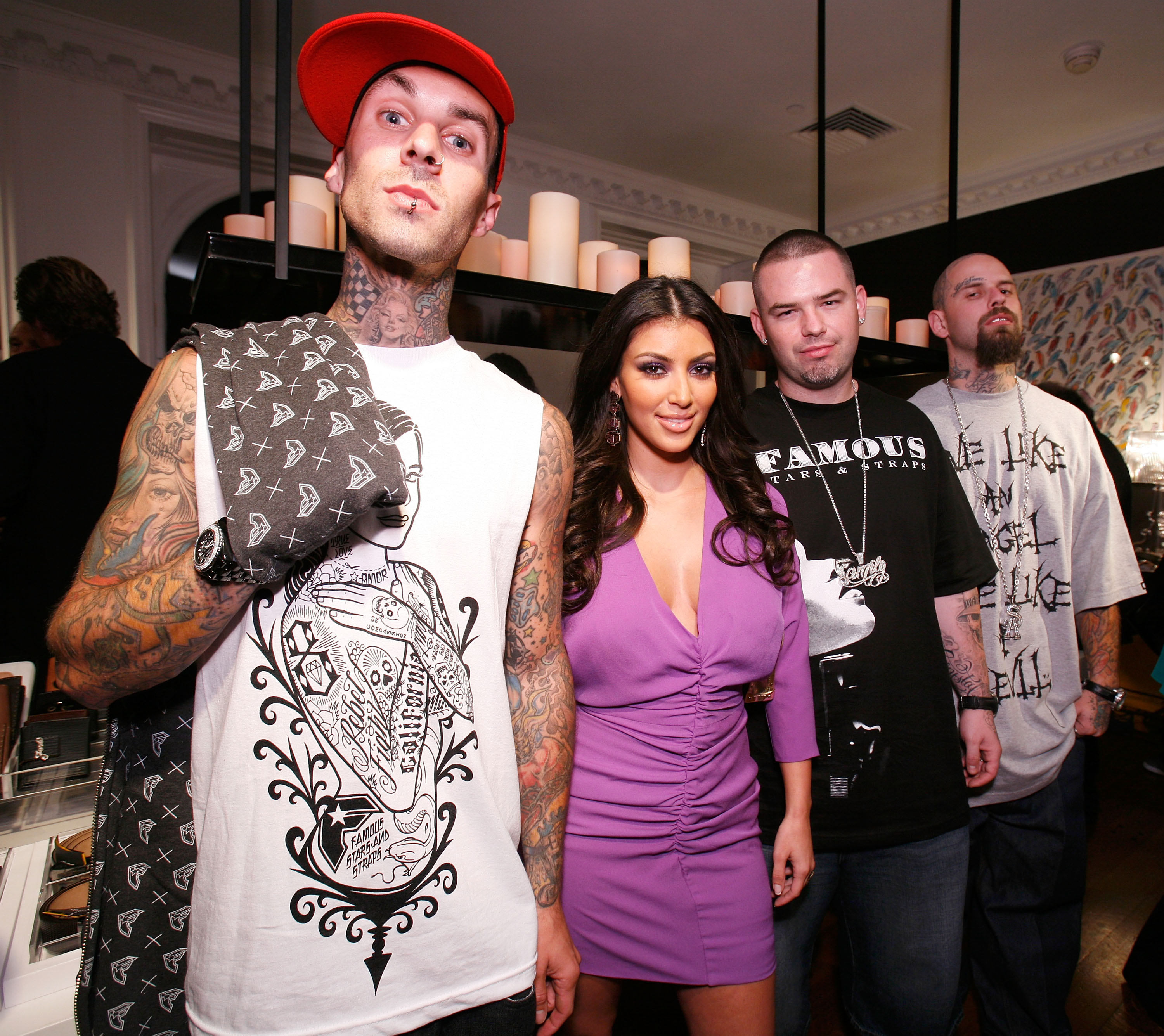 However, a source told Page Six on Monday that Barker was “joking” when he made the remarks.

“Anyone who is close to them has always known that Travis has been in love with Kourtney for forever [not Kim],” the insider said. “They are madly in love and best of friends. Everyone in their circle couldn’t be happier for them.”

The source noted that Barker and Kourtney have over 15 years of friendship under their belts and are “extremely happy” together. 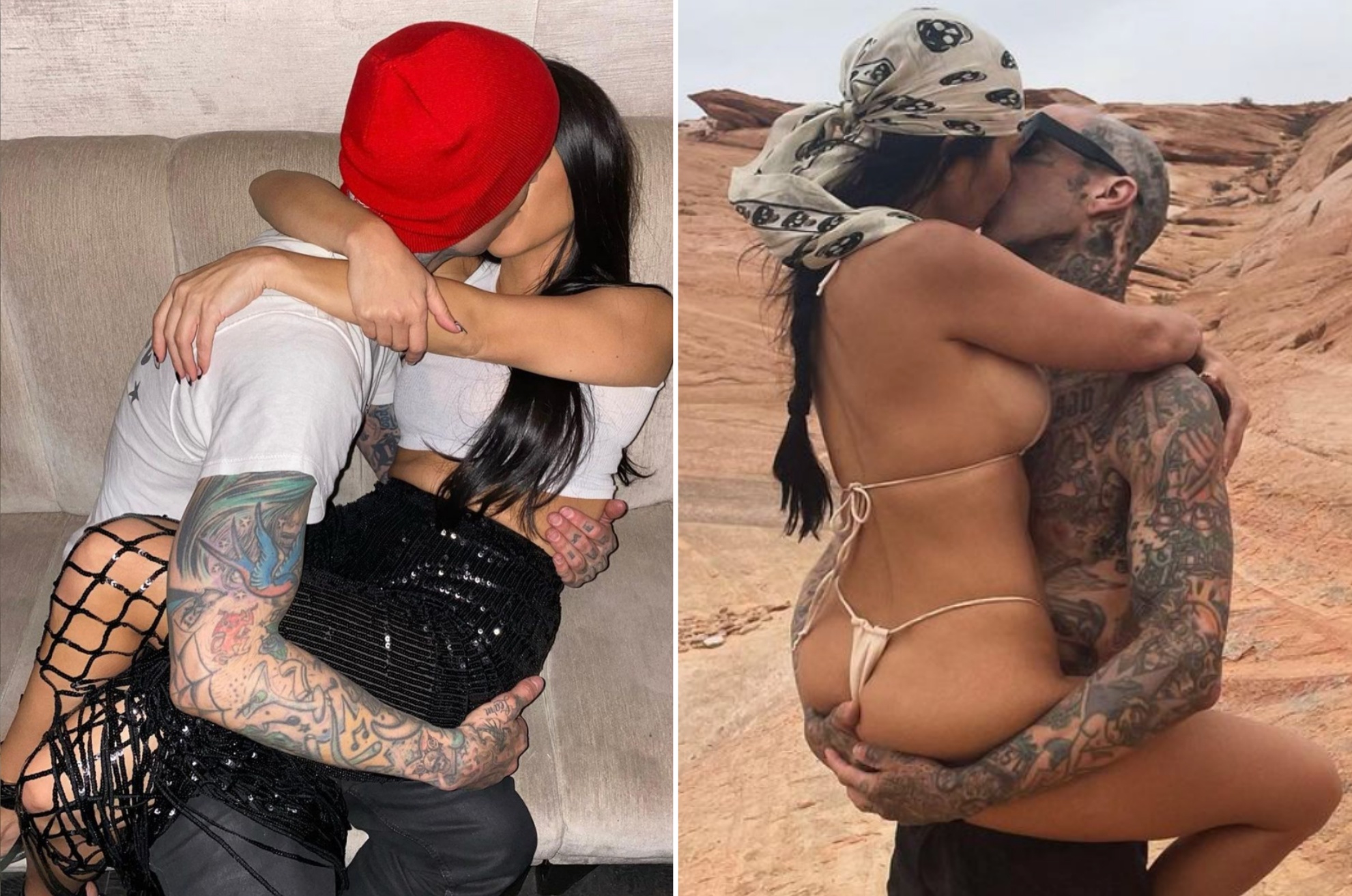 The insider added, “There is nothing weird or any drama here.”

Reps for Moakler, Barker and the Kardashians did not immediately return requests for comment.