‘Kinship carers’: The unsung heroes who look after the vulnerable children of relatives 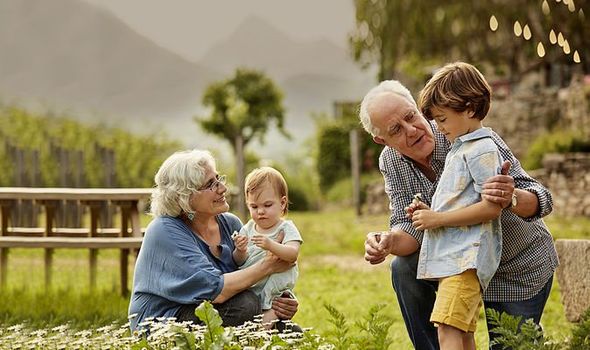 The pensioner knew his daughter had used drugs but nothing prepared him for what he was about to hear. “It was my daughter on the phone,” recalls Graham, 63. “She said ‘social services are here and they are going to take the children away’.” Graham told his daughter to put them on the phone. “They said that I needed to come and pick them up right away or they’d be taken into care. It was a shock.”

He had no idea social services were involved with his daughter, let alone the extent of her drug addiction. They told him his two grandsons would end up in foster care if he did not intervene. The youngest was an 18-month-old. “I said ‘no way’, I did not want them going into the system,” says Graham. “We had such a good bond.”

Several hours later, Graham found himself returning home with Tommy and Rocco, their worldly possessions contained in one carrier bag each.

Within hours, the single grand-father from Blackburn had become a single parent.

A decade later, the boys, aged 12 and 15, still live with him and Graham is one of thousands of kinship carers the government has dubbed “unsung heroes” – those who step in to look after the vulnerable children of relatives.

Their numbers are on the rise with an estimated 200,000 children in the UK living with relatives, half of whom are grandparents. But many of these helpers are in crisis themselves, both mentally and financially.

“I withdrew my private pension early and used what little bit I had saved,” says Graham, a former warehouse manager who used £40,000 of his own money to build a bedroom extension when the council refused to help.

“The boys have both got special educational needs and disabilities and it was impossible for both to be in one small box room. Now, whereas most pensioners can look forward to a lump sum, I will have nothing.” 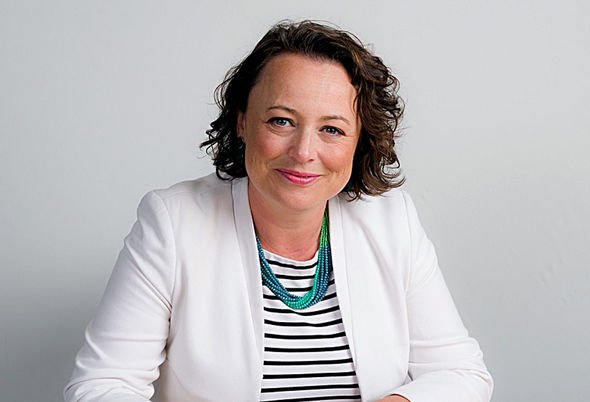 For the first five months, he survived on £50 a week and it took years of legal battles to get funding for his boys. “You are trying to find a way out and to do right by the children, the birth parents and local authorities. You can easily slip up.”

Unlike adoptive and foster parents, kinship carers have no rights in law and get no financial allowances so often end up in debt. Many feel they have no choice as in three quarters of cases, the children would be taken into care if they didn’t step in.

“The role is uniquely difficult – there’s the lack of time to prepare, the children’s needs, the complexity of what’s happening in your own family, the lack of rights to financial or other support, and the grief for the life you’d planned,” says Dr Lucy Peake, chief executive of Grandparents Plus, a charity which is calling for a new law to ensure kinship carers get the help they need.

Social workers have been under increasing pressure to place children with relatives since 2013 when Sir James Munby, then president of the Family Division of the courts in England, said local authorities must explore all suitable avenues before adoption.

Research has shown that children do better with family members they know and trust, but carers don’t speak up for fear of having youngsters taken away. In some cases, the consequences are dire. Sandra and her husband Jim (not their real names) took in their son’s two children, including a six-month-old baby, but were told they had to care for two step-siblings as well, because they “came as a package”. 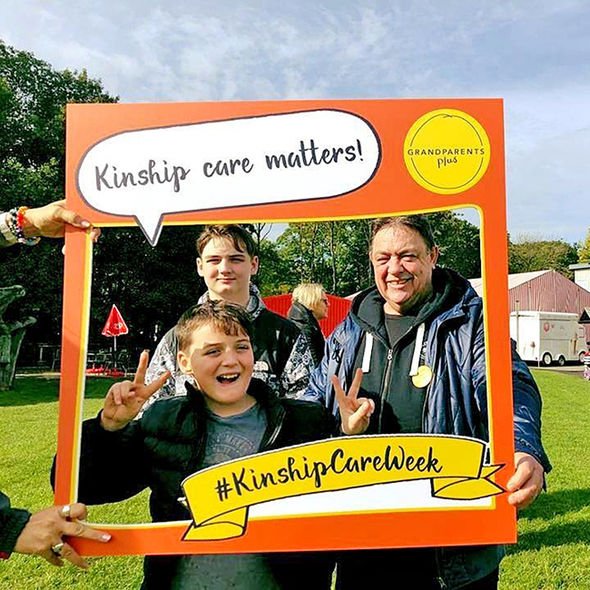 The couple had to make a decision immediately as all four children were being abused by their son’s ex-partner. Sandra, a shop worker was, and still is, the only wage earner due to Jim’s angina and diabetes.

She received £50 when she picked up the two youngest children and was given a cot and a pushchair – the wheel of which fell off soon after.

“They gave me the kids knowing they had nowhere to sleep,” says Sandra, who had to put borrowed mattresses down on the floor.

The couple still had a daughter still living at home so her next problem was how to feed her expanded family of seven on £200 a week.

“Me and my husband fed the children and waited for what they left. If they didn’t leave anything, we did without. There were days when we went hungry except for maybe a slice of toast.”

Worse was to come. The children started revealing details of the abuse they had suffered – including being starved. “They told us they hunted for food, rummaged through bins and slept in parks,” says Sandra. “They exhibited volatile behaviour and then some revealed that they had also been sexually abused. I just fell to the floor, I couldn’t believe it.”

The children received counselling through CAMHS (Child and Adolescent Mental Health Services) but there was no such support for Sandra and Jim. “I was covered in a rash, my hair was falling out,” says Sandra. “It was the first time I saw my husband break down in tears during our 40-year marriage because it was so stressful.”

Her daughter was often in tears too. “All of sudden four kids invaded her space. The love and attention she had from Mum and Dad had to be divided by five.”

University of East Anglia academic Paul McGrath, who is writing a PhD thesis on kinship carers, says Sandra and Jim’s experience is far from unusual.

“Some carers had to sell their houses, they lost businesses,” he says.

“They went from being comfortable, to living in substantial poverty where they couldn’t feed their own children who then become disadvantaged. Grandparents are more vulnerable as a parenting group than most because of their own health, their socio-economic status and the so often challenging and complicated behaviour of such children. In my study, the local authorities were closing cases quite quickly, meaning grandparents were having to manage without any support, counselling or even other family.”

Because of the children’s unpredictable and volatile behaviour, Sandra and Jim stopped socialising with their friends.

“They were often out of control,” says Sandra. “So we didn’t go anywhere and virtually became prisoners.”

She even, she admits, thought about throwing in the towel. “For foster parents it’s a job but this isn’t a job for us, we take these kids through love and nothing else,” she says. “To us it’s permanent.”

MP Catherine McKinnell, chair of the cross-party Parliamentary Task Force on Kinship Care, says: “We are developing an action plan to put to government. Some things require a change in the law and we would love to see a Kinship Care Bill brought to Parliament.”

Another carer, Helen, has spent £34,000 to date on legal fees after she started looking after her goddaughter, Kelly, who was being physically abused by her mother.

Kelly was a toddler and Helen, a nursery nurse, informed the authorities and was told she could care for her. Helen was in her early twenties and in a relationship. Her partner could not cope and left. 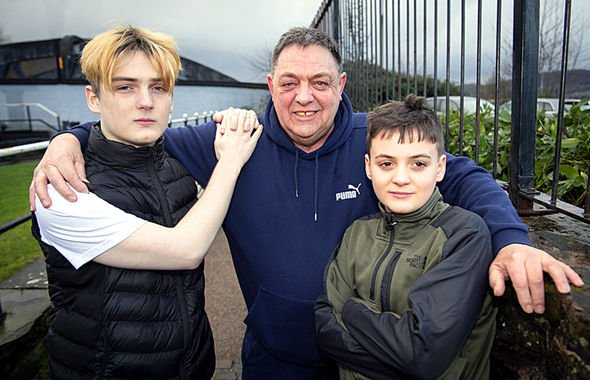 Then she faced court battles with Kelly’s mother over her access and rights to her. “I didn’t feel confident representing myself so the bills kept mounting,” she says.

“Kelly had suffered from neglect and didn’t have a strong attachment to anybody. She could only speak five words and couldn’t sit still as she was constantly on high alert.”

Helen has suffered mental health problems since rescuing Kelly. “I was told by the court if I hadn’t intervened then Kelly would have been found dead so I would rather have PTSD than have that happen.”

Now married to a woman who cherishes Kelly, Helen wants people to know kinship caring can be rewarding. Seeing the transformation of her goddaughter, now thriving at catering college, is proof.

“She’s this young lady not that two-year-old lost and broken. She’s ready for the next stage of her life.”

For Graham, as the children grow up he hopes life gets easier for everyone. He set up a support group for other kinship carers and won a “Grandfather of the Year” award. But, he says, the secret suffering of kinship carers must end: “We shouldn’t still be shouting about this, not in 2020.”