Kourtney Kardashian: I’m Over Scott Playing the 'Victim' With My Family

Pooshed past her limit! Kourtney Kardashian revealed that she doesn’t like when her family sides with her ex Scott Disick in conversations about them someday getting back together.

Kourtney Kardashian and Scott Disick: A Timeline of Their Relationship

“I just feel like I’m really over it with my family enabling Scott because they don’t know all of the details,” Kourtney said in a clip from the Thursday, June 10, series finale of Keeping Up With the Kardashians. “When Scott and I broke up, I set certain boundaries with him.”

In a flashback, the Poosh founder, 41, was shown explaining how she wanted the situation to go with Disick, 38, to her sister Khloé Kardashian.

“I told him, like, I’m not just sitting around. I’m living my life, and you’re working on you,” she said in the throwback clip. 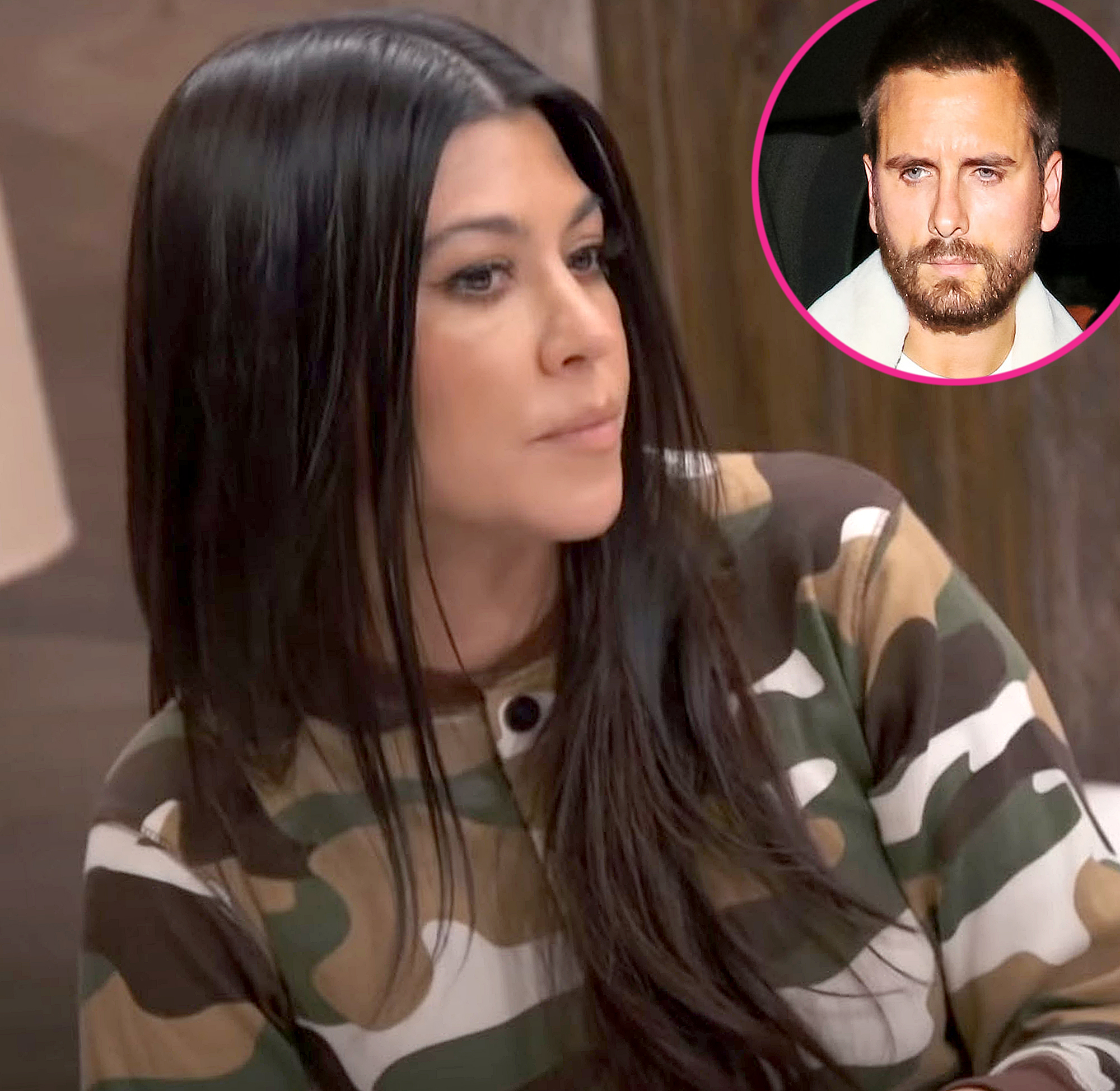 Back in her confessional, she added: “Scott’s made so many, like, major life improvements and he’s such a great dad and I’m really proud of him. But the biggest thing is having consistency. I just think him playing the role of the victim — I just can’t have it keep going on and on.”

The former couple, who share children Mason, 11, Penelope, 8, and Reign, 6, dated on and off from 2006 to 2015. Since breaking up for good, Disick has openly expressed his love for Kourtney and desire to mend their romantic relationship.

“In a perfect world, Kourtney and I just end up being together and raising our family, but as you know, complications happen,” he said during the reality show’s April 22 episode.

Kourtney Kardashian’s Love Life: A Timeline of Her Dating History

After Kim Kardashian asked her older sister if it would be helpful to tell the Talentless designer point blank that they’ll never get back together, Kourtney noted that she “doesn’t know that it’ll never happen.”

If she was to consider a reconciliation, however, she’d want to see Scott take care of himself for one full year before she’d let herself think things through.

“That’s never been able to happen,” the Kourtney and Kim Take Miami alum said. “But you guys usually agree with him. You’re like, ‘Yes. Kourtney, what is she doing? Why isn’t she taking it seriously? You’ve changed so much.’”

The Skims owner, 40, was sympathetic to her older sister, asking her what she’d like her to do to make the situation more comfortable.

“Stop agreeing with him,” Kourtney said. “I just think the best [thing] for him is to put it back on him and learn to be accountable.”

In the time since the conversations were filmed, both the reality star and the Talentless founder have moved on. Kourtney is currently dating Blink-182 drummer Travis Barker, and the duo have expressed their love for each other on countless occasions.

“Kourtney and Travis are so happy together,” a source told Us Weekly exclusively in April. “And friends think they absolutely will be getting engaged sooner rather than later.”

Disick, for his part, is in a relationship with Amelia Gray Hamlin.

“Scott and Amelia really do have so much fun together,” a second insider told Us in March. “They’re a great match because they both love to go out and party and are both very attracted to each other.”

The series finale of Keeping Up With the Kardashians airs on E! Thursday, June 10, at 8 p.m. ET. Episodes are also available to stream on Peacock.