The Australian’s blockbuster third-round win over Stefanos Tsitsipas had fireworks on the court and then a war of words in the post-match press conferences. 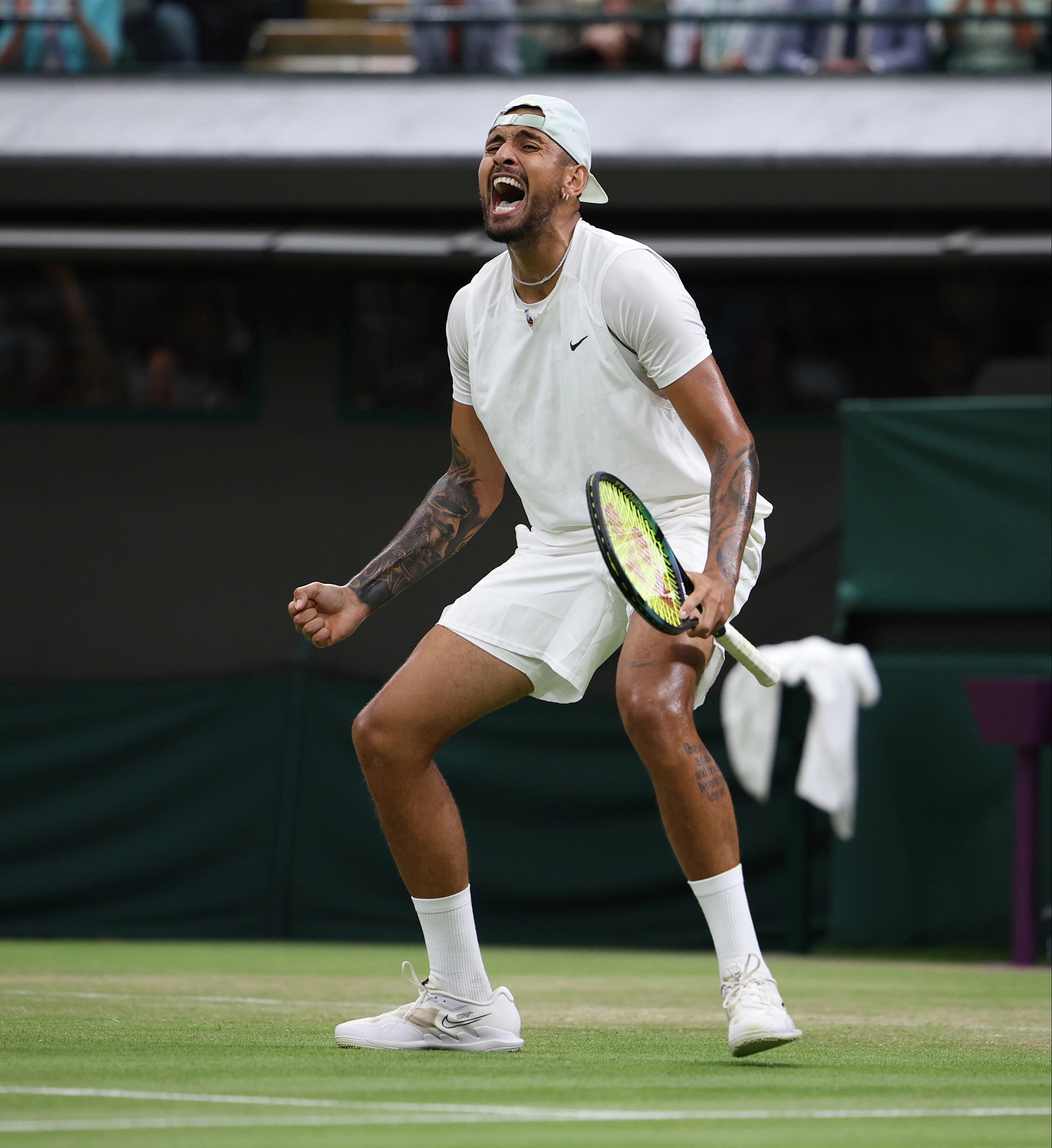 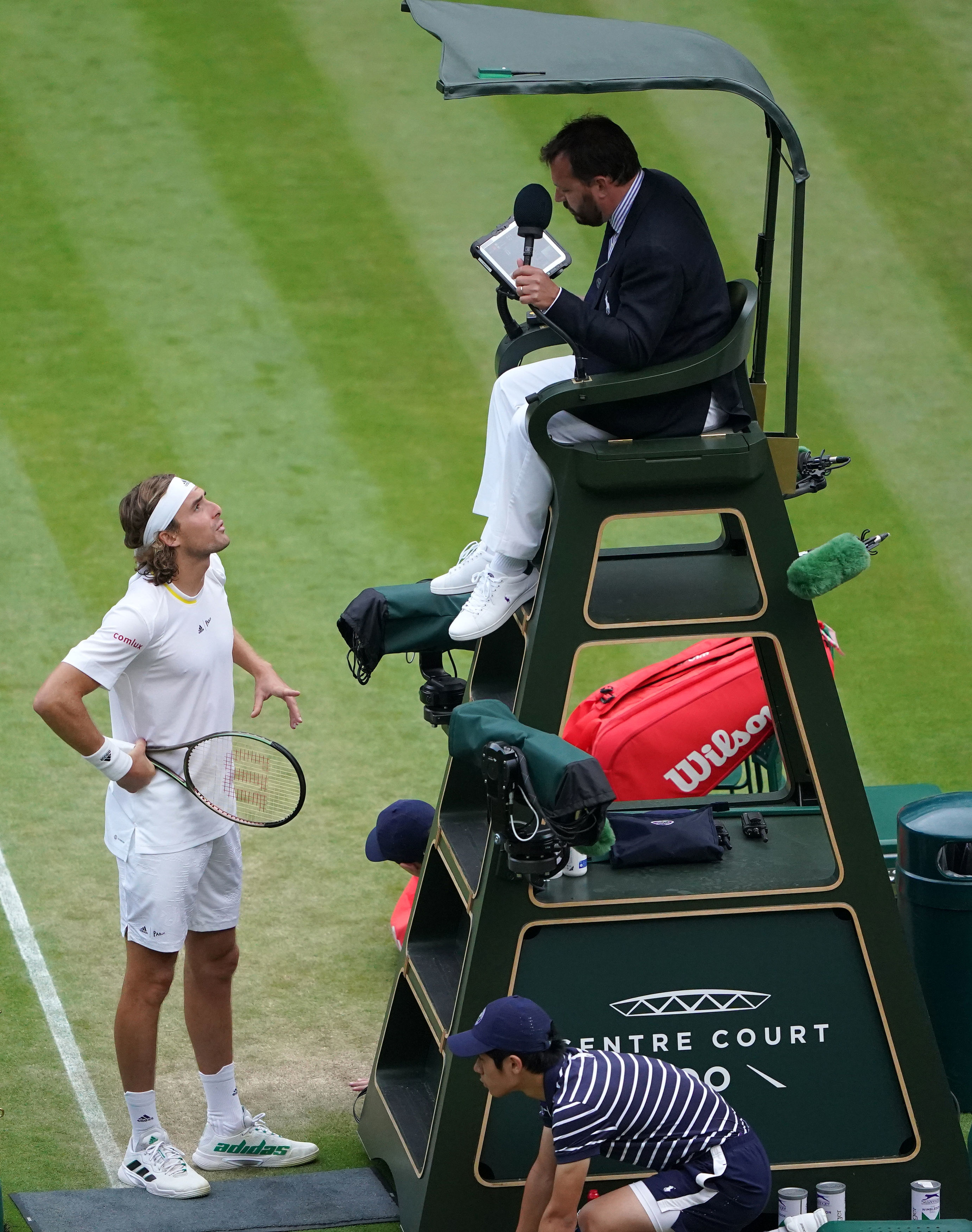 No4 seed Tsitsipas, 23, claimed “bully” Kyrgios had “a very evil side” and admitted trying to hit the ball at his opponent during the feisty encounter.

Bad boy Kyrgios, 27, called for the Greek ace to be defaulted after he struck a ball into the crowd in frustration after losing the second set – even though luckily for him it did not hit anyone.

Speaking on the BBC Tennis podcast, father Giorgos Kyrgios said: “My son would have been defaulted for that.”

And asked if the decision smacks of double standards from the officials, Kyrgios Sr added: “Of course. You have got to draw the line for everybody.

“I hate to see it anyway, I feel sorry for all of them. The pressure is so much.”

Retired star Jeff Tarango said he had never seen a tennis match so close to turning into a boxing fight.

The American said: “It’s only because Kyrgios is putting so much attention on social media on him wanting to box players and get into the ring with different guys.

“You don’t know if he means it. He’s a volcano waiting to happen and Tsitsipas was poking the bear an awful lot. 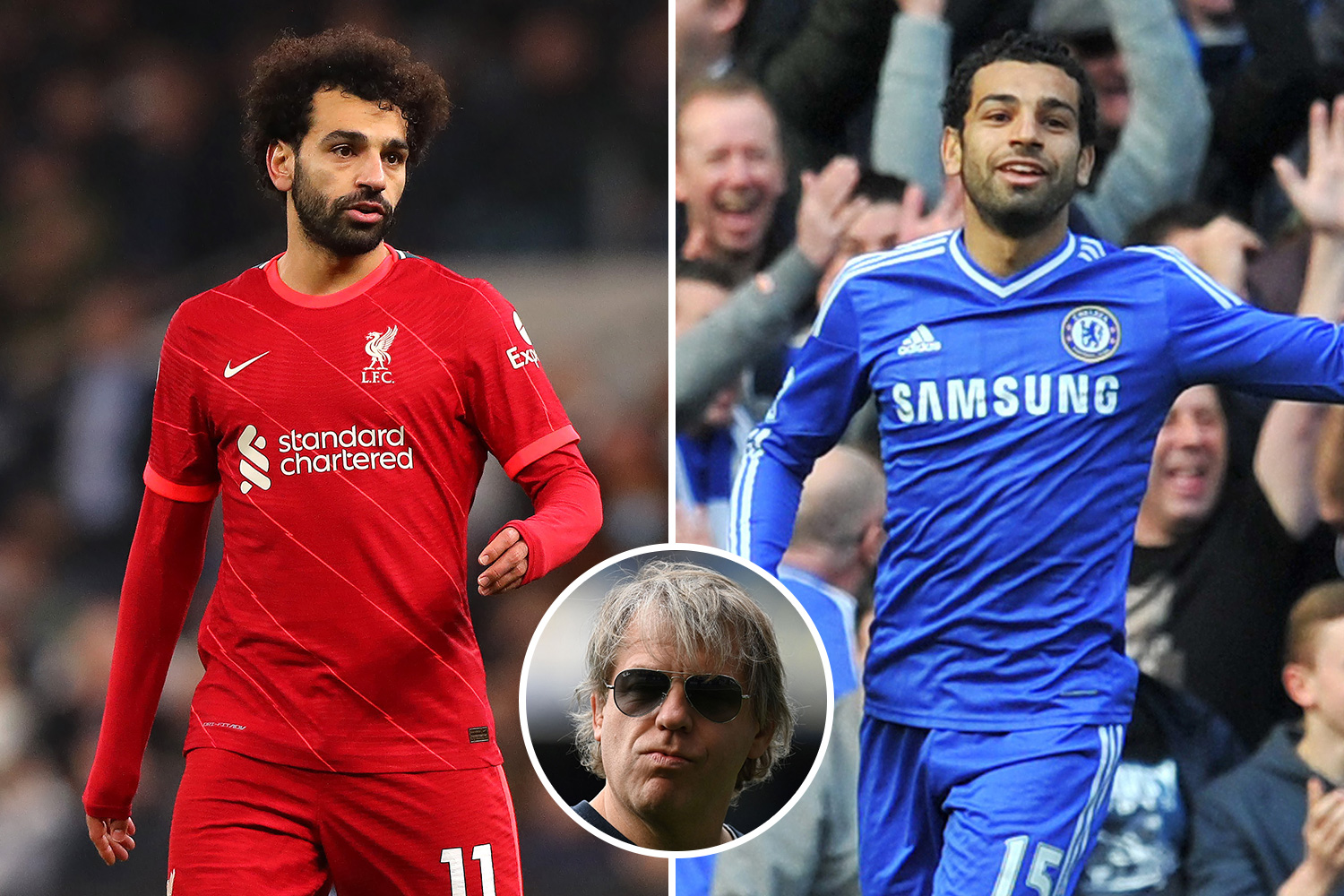 “How many times can you poke the bear before he takes a swat at you?”

Tim Henman, who is an All England Club board member, says both players can expect heavy fines for their behaviour.

World No40 Kyrgios moaned constantly to the umpire and dropped several f-bombs.

“The referees’ office will look at the tapes and listen to the different conversations they had with Kyrgios and the umpire, what was said in ear shot of the line judges, and certainly look at the Tsitsipas incidents.

“Fines are standard procedure when you are playing in a big event with big prize money. There are going to be consequences for behaviour like that.

Former British No1 Laura Robson says tennis fans are now watching Kyrgios for the “wrong reasons” and hoping he will “self-implode”.

Kyrgios claimed Tsitsipas had few friends on Tour and would not approach him face-to-face, man-to-man to address his concerns.

The unseeded star, who plays American Brandon Nakashima on Centre Court on Monday, said: “He’s making that match about me, like he's got some serious issues.

“I’m good in the locker room. I’ve got many friends, just to let you know. I’m actually one of the most liked. I’m set. He’s not liked. Let’s just put that there. So anyway, no, I’m good.” 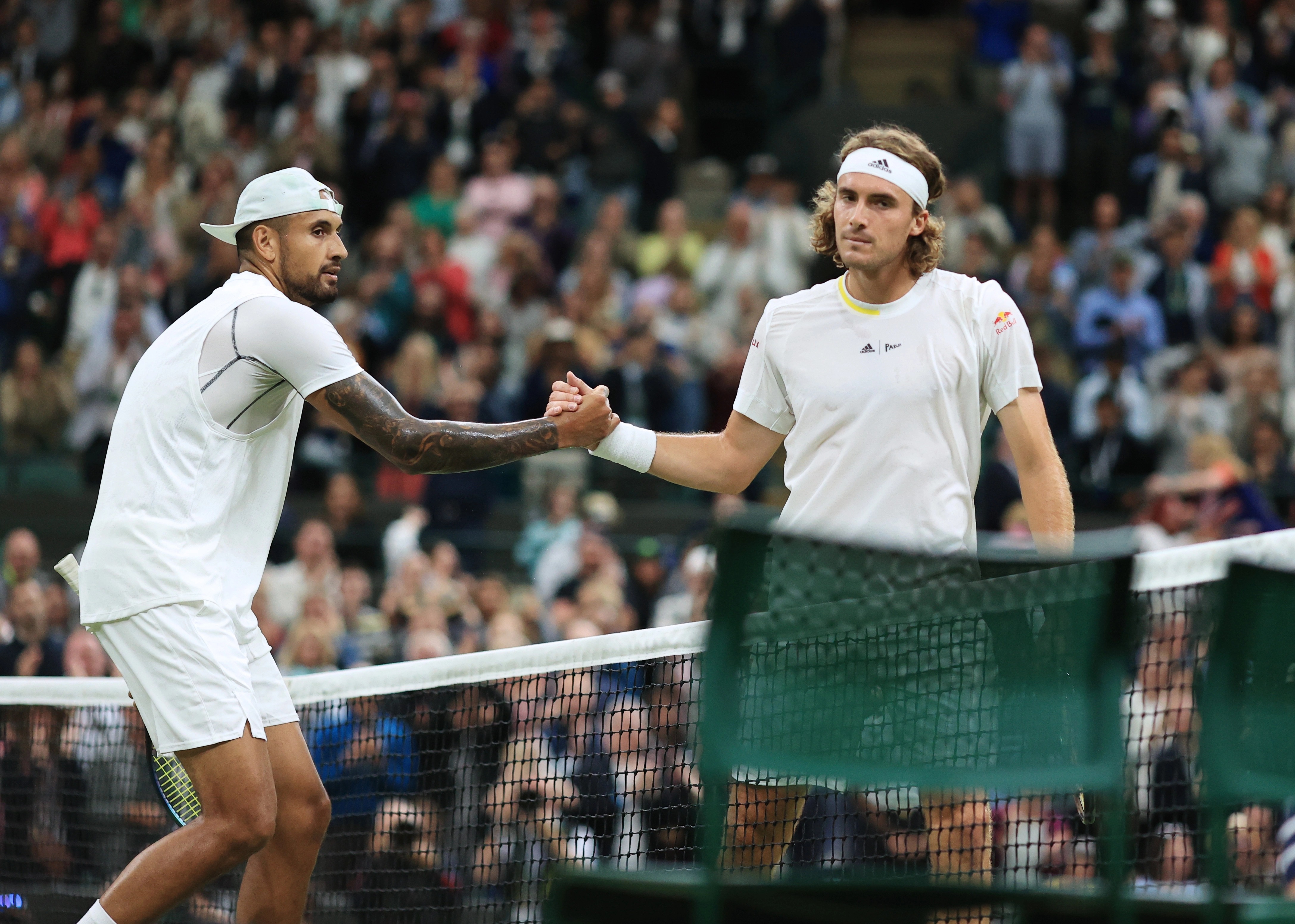 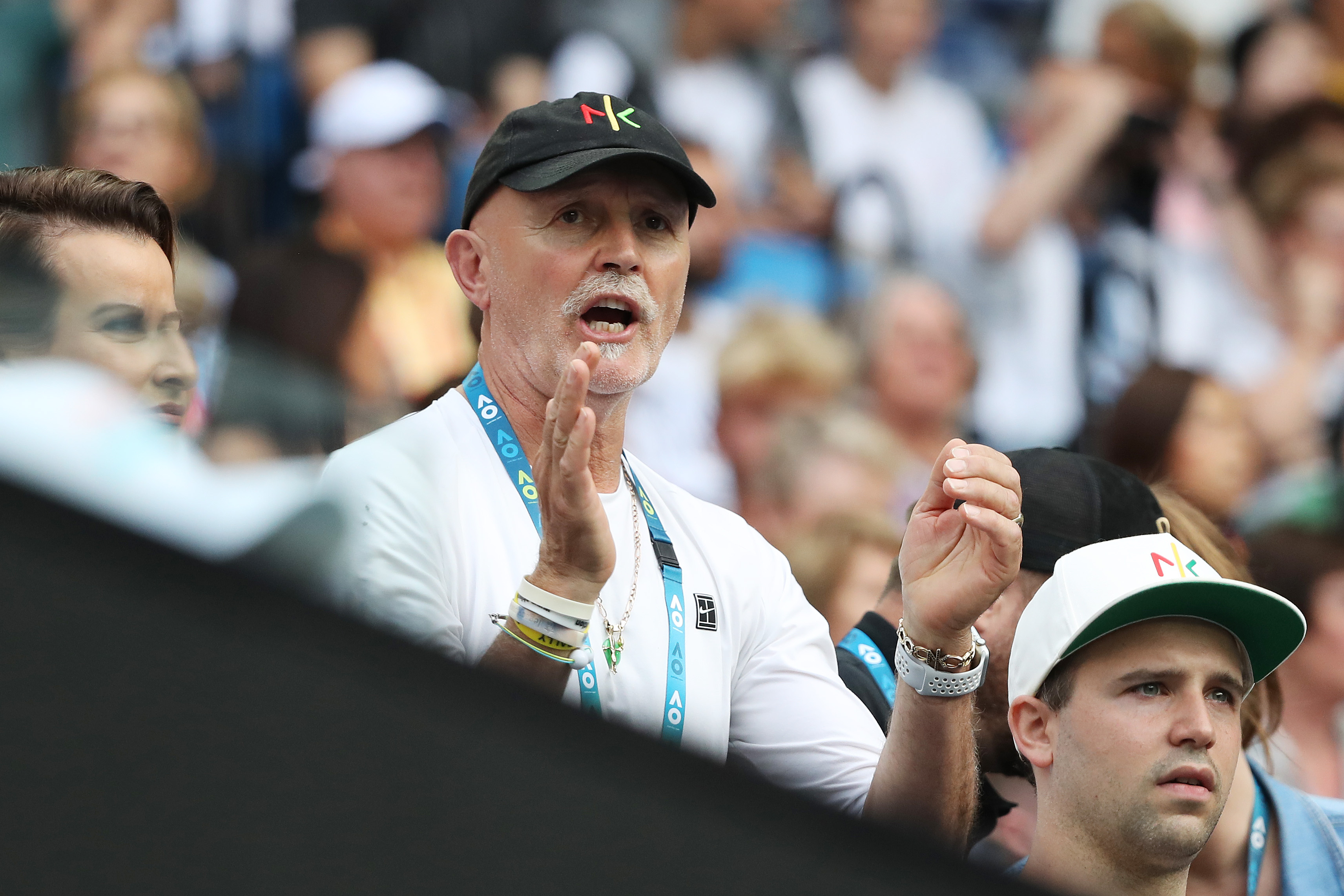