Lady Gaga dropped Stupid Love last week and is already challenging for the number one spot in the UK singles chart. The song is the first new music from Gaga in two-and-a-half years and heralds her upcoming album, Chromatica. Having unveiled the music video for Stupid Love along with the song on Friday, Gaga started ramping up to revealing the album art work on Twitter yesterday.

Announcing the release date for the album, she told her 80 million followers: “Welcome to ‘Chromatica’, coming April 10.”

The tweet was accompanied by an image showing a symbol with a wave at the centre.

“This is not the album cover but we made it for you to enjoy in the meantime,” she teased.

Watermarks in the corners of the image showed another similar symbol and the code: “LG-6,” referring to her sixth studio album. 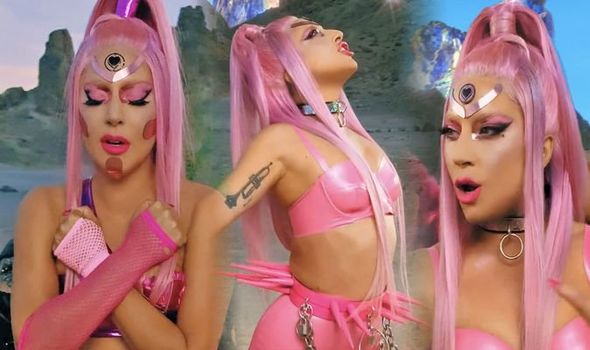 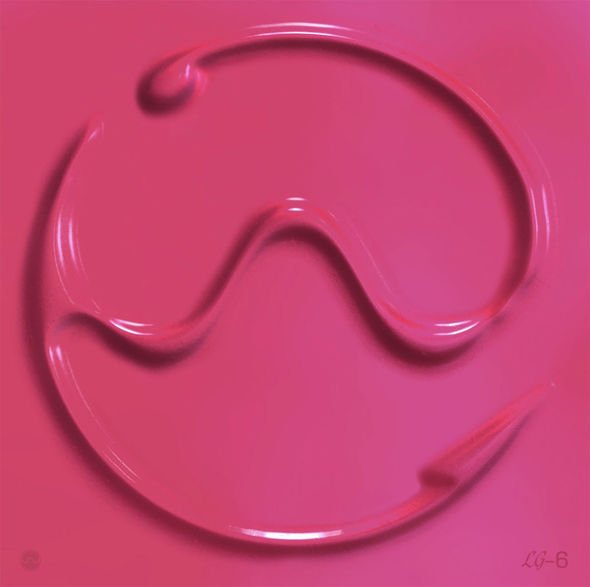 Speaking to Zane Lowe, Gaga teased details about Chromatica, saying: “The symbol for Chromatica has a sine wave in it, which is the mathematical symbol for sound, and it’s from what all sound is made from and, for me, sound is what healed me in my life. Period.

“And it healed me again making this record,” she continued. “And that is really what Chromatica is all about.

“It’s about healing and it’s about bravery as well and it’s really like, when we talk about love I think it’s so important to include the fact that it requires a ton of bravery to love someone.”

The Stupid Love singer went on to say producer BloodPop, who she worked with on Chromatica, talked with her about how it “was essentially on its own when you first look at it”. 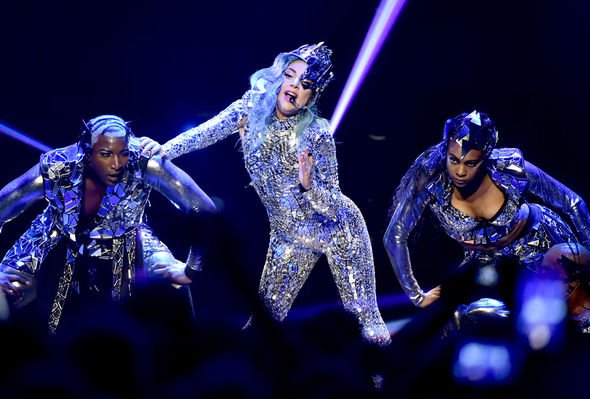 “It seems to be about colours and all the different colours and also music is made of a chromatic scale, you know?” she said. “So it’s all the colours, all the sounds.

“We’re talking about inclusivity and life and also a lot of what we see around us and what we’re experiencing is math as well.

“So we talked about that and then I sort of went back and I said, ‘OK, well, yeah, it’s inclusivity but it’s really a way of thinking.’

She said she started to see Chromatica as a “frame of mind”, adding: “I don’t know that I’ve ever made an album that wasn’t on Chromatica in some type of way, meaning my frame of mind is always a part of my music.”

Stupid Love is Gaga’s first release since her fifth studio album Joanne in 2016, aside from the soundtrack to A Star is Born.

She, alongside Mark Ronson, Anthony Rossomando and Andrew Wyatt, won the Oscar for Best Original Song for the movie’s single Shallow at the 2018 Academy Awards.

Gaga burst onto the scene with the release of her debut album The Fame in 2008.

The Fame Monster followed, winning her a handful of Grammys, and, in 2011, she released her second studio album Born This Way.

In the years since, Gaga worked on a jazz album with Tony Bennett, Check to Cheek, and dropped her album Artpop before reaching the Joanne era of her career.

Stupid Love seems to indicate a return to dance-pop for the singer after the country-pop leaning of Joanne.

Chromatica is released on April 10 and available to pre-order now.